Always Something New in the Royal City (August Break 2014) 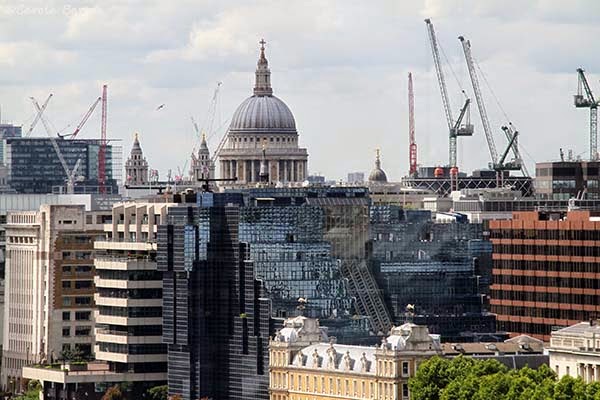 London seemed to be one gigantic construction zone - especially in the City (the financial district), but also in other parts - and often old and new are right next to each other. Above in the picture you can see the construction of new hyper-modern buildings around old St. Paul's Cathedral. 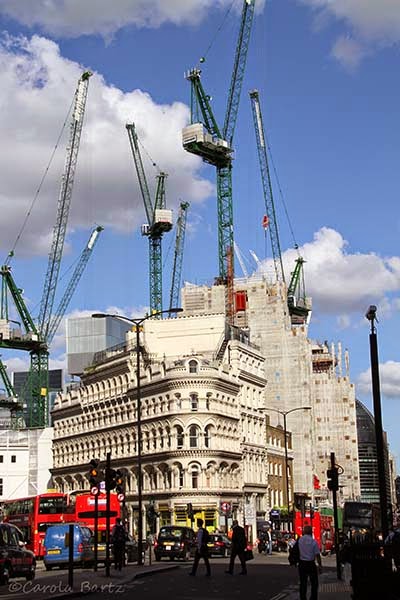 Old buildings, new buildings - this is the 21st century reality of London. It could be horrible. However, the modern architects are doing quite a fine job. I actually like the stark contrast between new and old. I find it rather inspiring.

The view from Tower Bridge to the Tower of London (founded in 1066!) and behind it, "the Gherkin" - one of my favorite modern buildings. 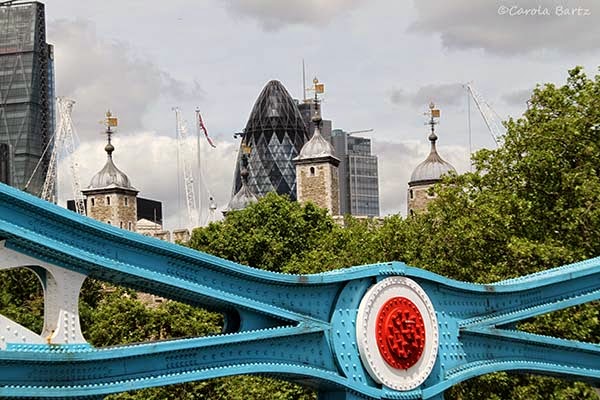 Or look at this - "the Shard", another favorite. It looks unfinished, but it's complete. The architect of this skyscraper is Renzo Piano - the same guy who built the Centre Pompidou in Paris (together with Richard Rogers and Gianfranco Franchini), the New York Times Building and the California Academy of Sciences. It is 87 storey and 306 meters (1,004 ft.) high and has an observation deck which we unfortunately did not visit. It is currently the tallest building in the European Union. 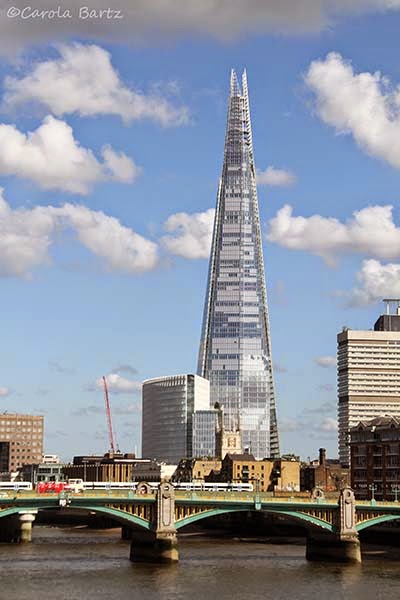 If you look to the bottom right corner of the next photo you can see one of the gates to the Tower of London. It does look small compared to the huge buildings in its neighborhood. 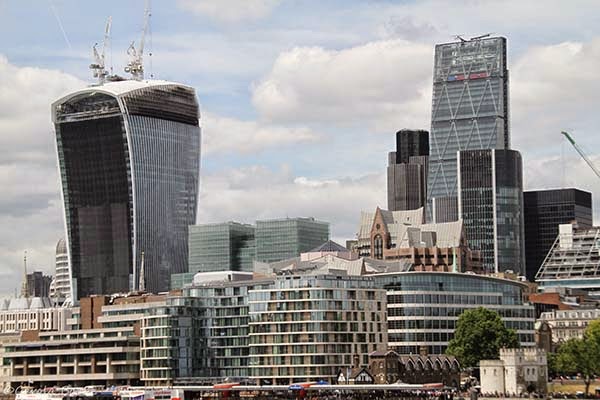 I do think that most of the modern buildings have style - they're inspiring. It's modern architecture at its best - creative, innovative, interesting. Here you can see the "Gherkin" again, hiding behind other buildings. 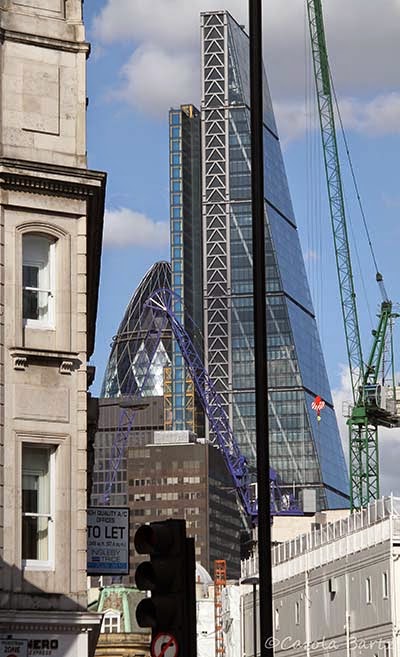 The view from the London Eye - quite impressive, don't you think? 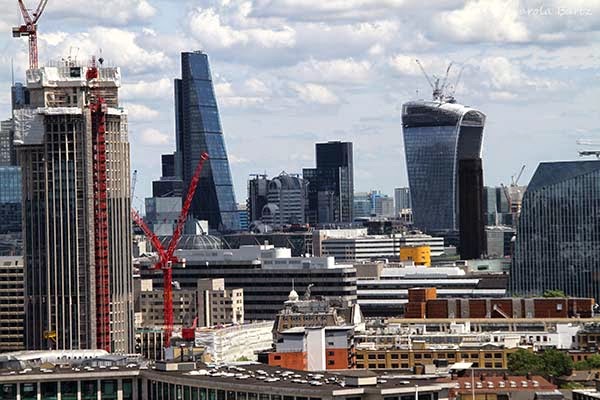 This modern side of London is for Susannah Conway's prompt "Something new" for the August Break 2014.
Posted by Carola Bartz at 7:59 PM

Mostly my tastes lean towards the old, but there is certainly room for quirky. And it seems that London is managing just that.
That ocean of cranes is amazing. I lost count trying to see just how many there were.

wow, guess I have never thought of London being this modern. the buildings are quite impressive.

a proliferation of cranes in that one shot!

Fabulous images of old and new side-by-side, Carola. Long ago I reconciled myself to construction cranes and now see them as part of a city's art. I almost never clone them out. What a great overview on London's famous landmarks.

It is incredible to see the old and new next to each other. The number of construction cranes was overwhelming! My goodness...

The face of London is certainly changing. I enjoyed seeing the changes through your photos.

For me, the more construction that is taking place in a city, the better the economy of that city, and London definitely seems to be booming according to this changing skyline. Here on Crete, construction has come to a standstill, and thus, the economic crisis of the country. Sadly, my husband is a contractor, and I can't begin to tell you how this has affected our livelihood.