Back from the Sunset Coast 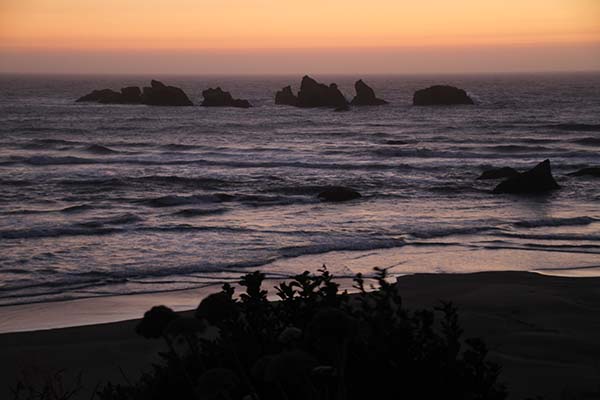 We just returned form our two weeks trip up North on Highway 101 along the Oregon and Washington coast. It was a very relaxing, quiet trip - we didn't have any special plans or destinations that we wanted to reach. When we liked a place we stayed there for a while. There was lots of time for reading, writing and even sketching and painting. It was one of the most beautiful trips I ever had.
We explored fisher ports like this one in Brookings, 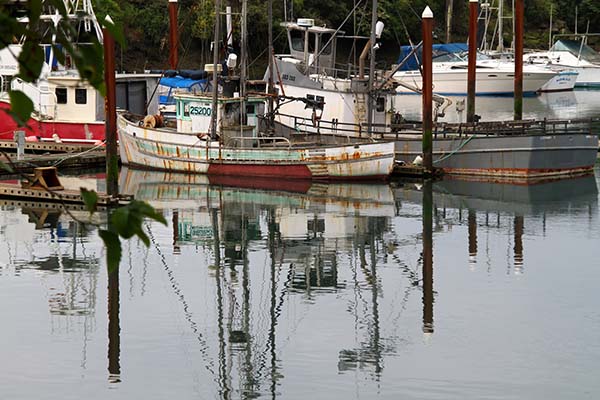 saw many lighthouses - this one is Heceta Head, 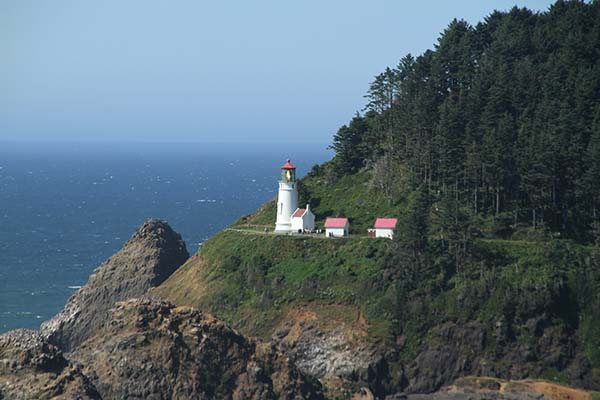 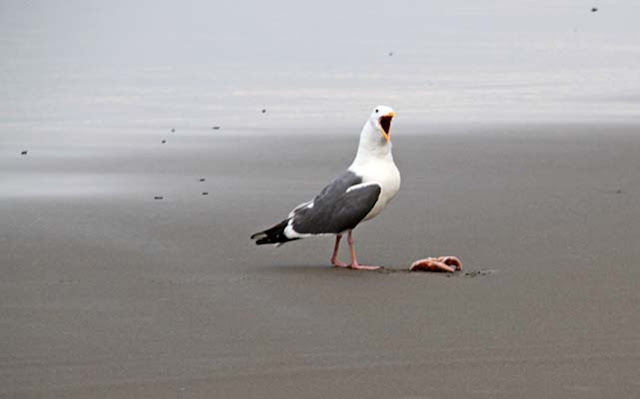 had super fresh seafood ourselves, 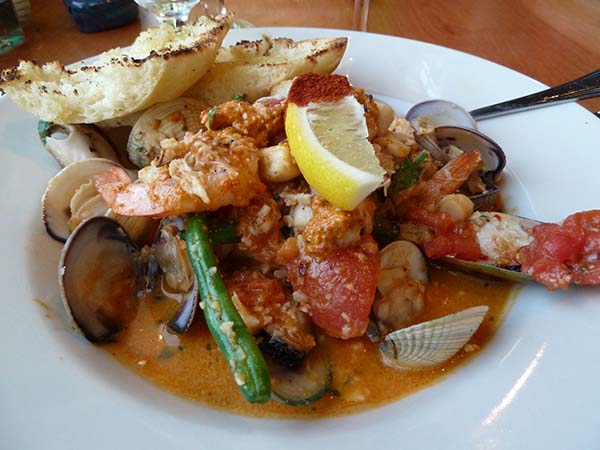 ran at the beach, 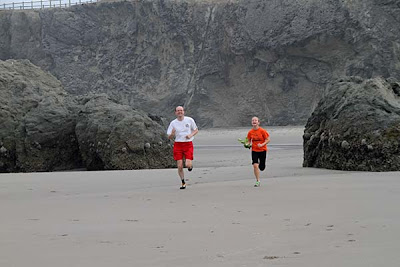 sat around the campfire, 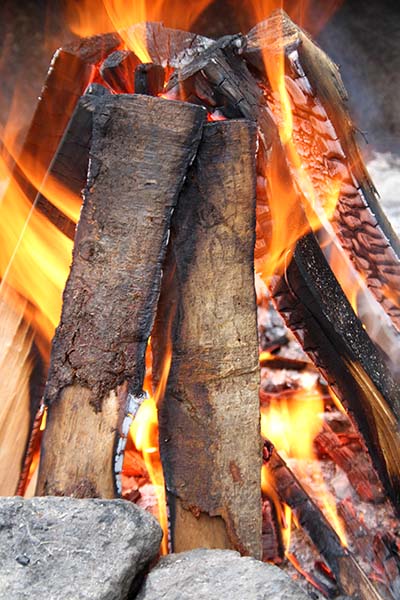 explored tide pools and learned that this is an ochre sea star (pisaster ochraceus), 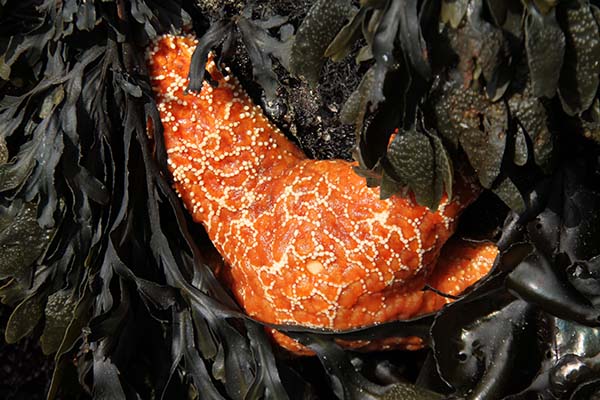 didn't mind the often misty weather of the Pacific Northwest, 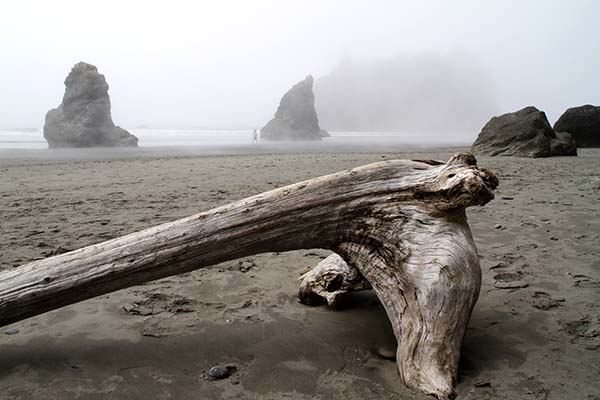 visited the rainforest in Olympic National Park and got eaten alive by mosquitoes while camping there, 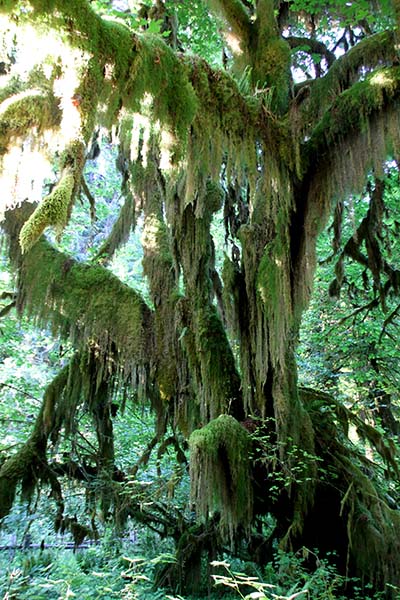 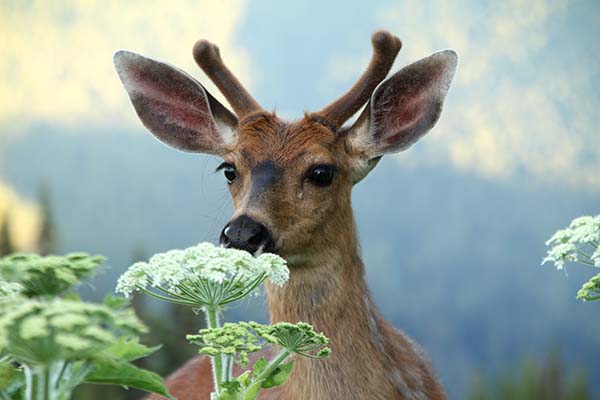 got very muddy boots on our hikes and walks, 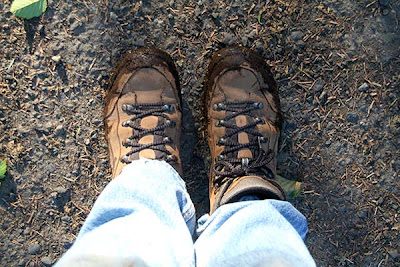 found treasures on the beach, 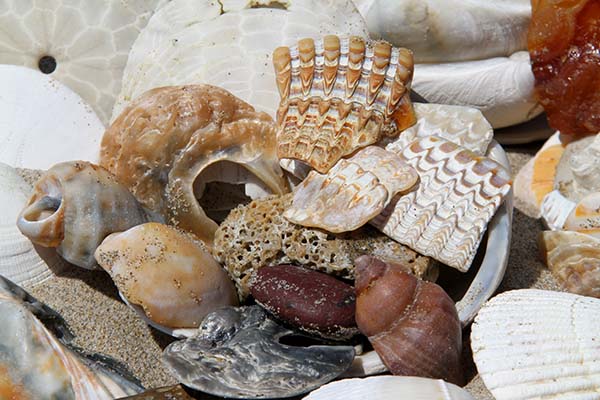 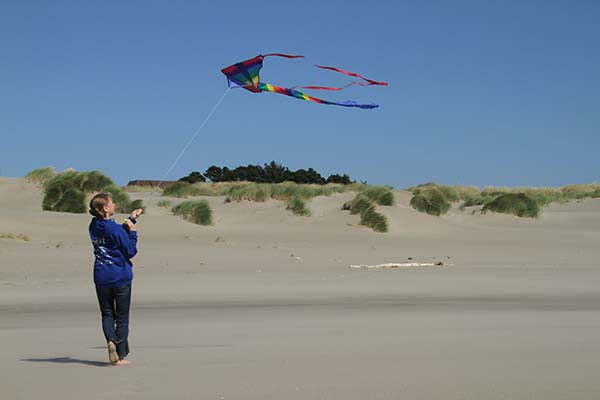 discovered the lost whale in the Klamath River on our way back home, 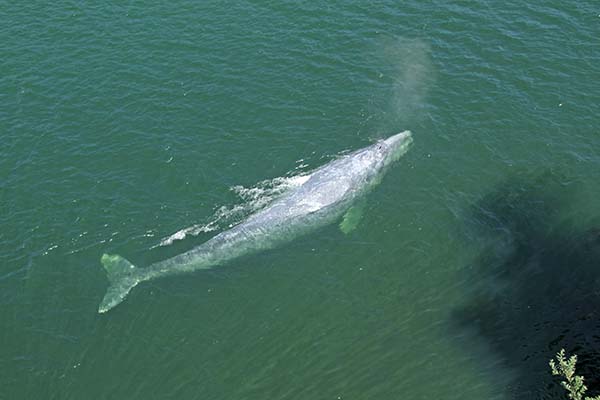 and fell deeply in love with the Pacific Northwest. 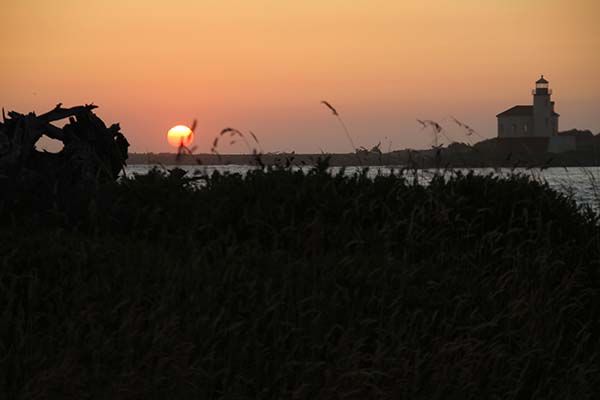 Did you go somewhere and fell in love with the place?
.
﻿
Posted by Carola Bartz at 3:32 PM 11 comments:

Playmobil - Where Kids Can Be Kids And Adults Have Fun, Too


Kaefer has played with Playmobil since she was four years old (the day we found Playmobil in an US store was a good day) and she still loves it (she is 13 now!). We have given Playmobil as presents at many birthday parties and thus infected many families with the Playmobil bug. In my eyes, it belongs to the best toys for kids.

Playmobil is a German company with its headquarters in Zirndorf, very close to Nürnberg. Way more important though is the Playmobil FunPark the company has built in Zirndorf (I first wrote about that here). Since she had heard about it, Kaefer desperately wanted to go there. When we traveled to Germany in the summer of 2009, we made sure that we spent a day at the Playmobil FunPark.

It was delightful! First of all, it was affordable - we paid less than $15.00 per person for the entire day. For that we got Playmobil paradise - all the famous toys in real life size and waiting for exploring kids and their parents - the pirate ship, castle, tree house, farm to name just a few. The kids could climb, conquer the castle, rush up walls, cross dangerous rivers and lakes on rope bridges, milk cows, go down long and fast slides, sail on rafts, invade the pirate ship - endless possibilities for an active child. The kids have to use their imagination and just PLAY - nothing could be further away from Disneyland and similar expensive amusement parks. It wasn't only the kids who played; the adults did, too, and everyone had fun.


All of us really enjoyed the rafts - it was so much fun!

It often rains in Germany, so it came as no surprise that there was also a huge indoor play area. We had some rain in the afternoon and Kaefer played happily on the gigantic play structure while we "old ones" relaxed a little bit.


I shouldn't forget to mention the food. The restaurant is excellent - good, mostly healthy food for affordable prices (as I said, it's a true family place). The Geek had potato soup in a bread roll, Kaefer went for a delicious salad and I had Leberknödelsuppe (liver dumpling soup) - after all, we were in Bavaria!


While I was still living in Germany, my favorite clothes were made by the Swedish company Gudrun Sjöden. I love the high quality of the clothes, the material and unique cut. Gudrun Sjöden didn't care what was trendy (still doesn't). Her designs have always been unique, colorful, flowing - simply beautiful in my eyes.

Then I moved to the US and had to say goodbye to my beloved Gudrun style (except for the pieces I still own). However, the last time I went to visit Germany, I stocked up on Gudrun clothes and I also got on their mailing list. Yes, they send their catalog from Germany to California! And only a few weeks ago I found out that the company actually sends their clothes to the US from Sweden if you order them there, and the shipping is FREE. Of course you have to pay in Euro - kind of a shocker, but so worth it.


Their catalogs are pure eye-candy. They often go to other countries for a photo shoot - I still remember a splendid fall collection shot in Morocco back in the 90's. A couple of months ago I received this catalog with a photo shoot in Botswana. The photography is so yummy, I simply have to share it with you.

Yes, I ordered the set on the right (shirt and skirt), I couldn't resist.
Needless to say that I don't look as stunning...
Posted by Carola Bartz at 6:30 AM 8 comments:

A Tour through My Garden 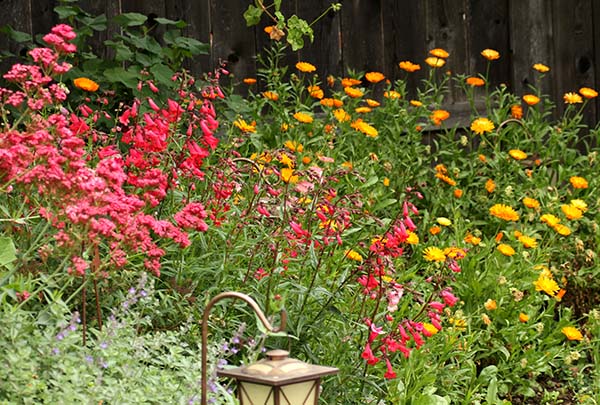 When we moved into our house ten years ago, the backyard was nothing to speak about. Sure, it had a nice redwood deck, but there was a lot of concrete and the flowerbeds were desert-like with a few fruit trees. You really couldn't call this a garden; it was a yard. 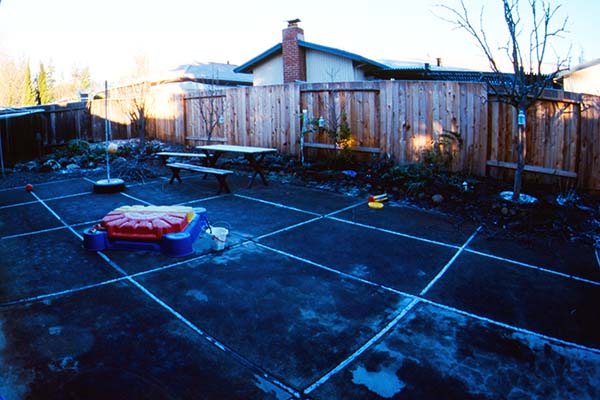 This is what it looked like the winter after we had moved in. Sorry for the bad picture.

However, it held a lot of potential.

Over the years I eventually turned the desert into a lovely colorful blooming paradise, going through a lot of trial and error - and I mean a LOT. I learned which plants worked in what location (and which didn't). The hardest part was amending the soil - we have mainly adobe and it needs a lot of compost to get the soil workable. 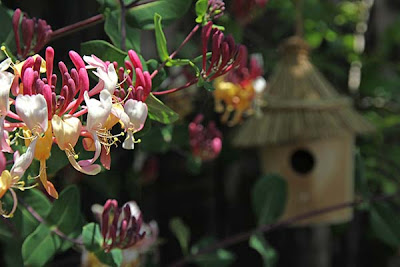 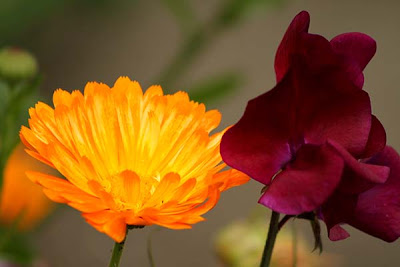 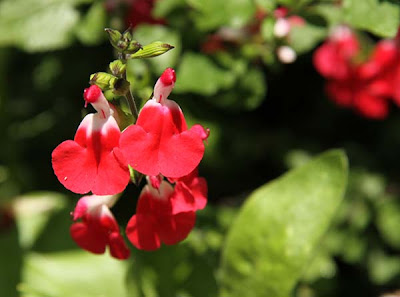 salvia
But all the hard work eventually paid off, and I love my wild garden. Yes, I call it a garden now, even though there's still the concrete. That, however, is a great foundation for half barrels that hold most of my veggies, and huge colorful pots. The garden is full of wildlife - so far I have counted about 25 bird species who stopped at the bird feeders. There are lizards, squirrels, skunks and raccoons. And of course, the cats from the neighborhood! 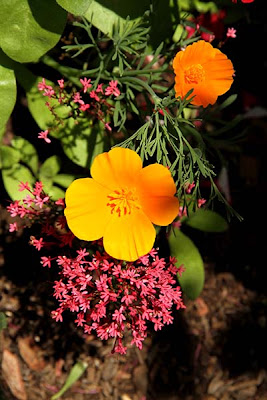 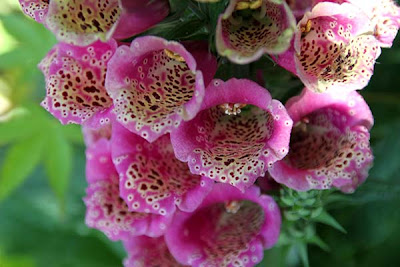 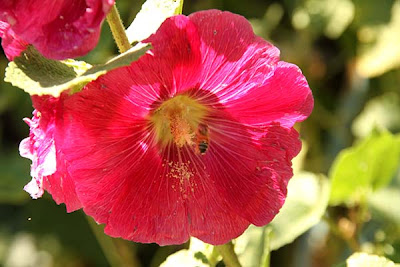 One of my favorites, hollyhock 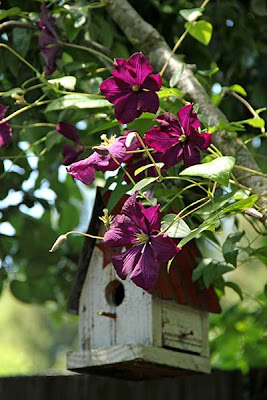 Clematis climbing up the pear tree


I love all kinds of decor and little trinkets in my yard... 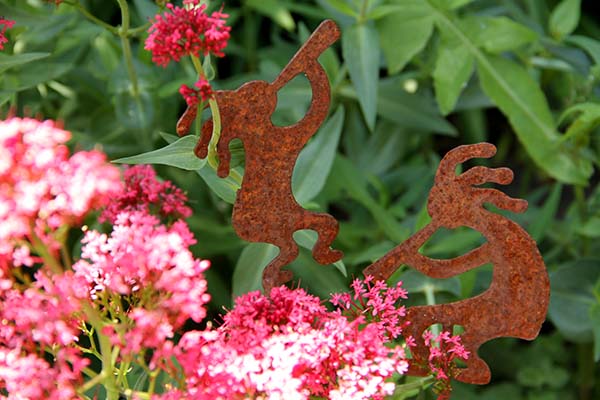 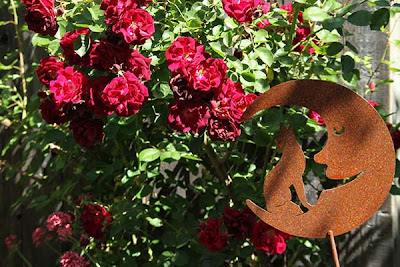 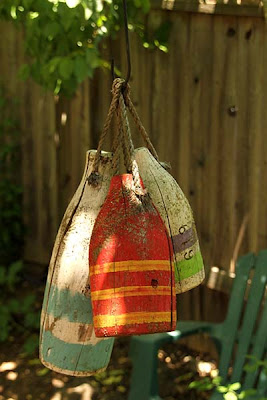 I brought these lobster buoys from Maine. 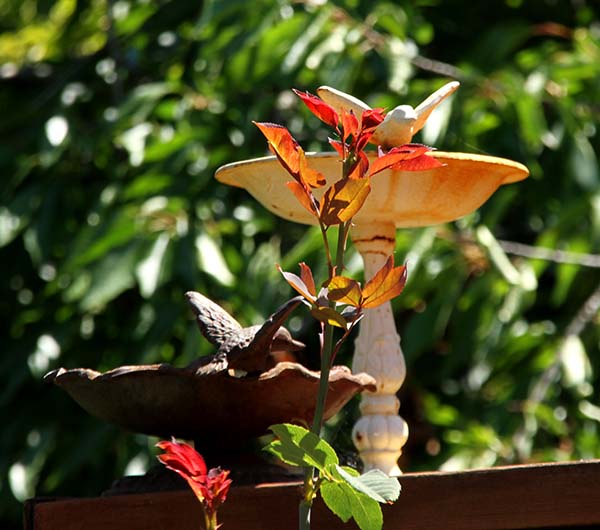