Yesterday we took a break from all the working on the new house, got in the car and went up North on I-5 to a location just south of Redding to watch the annular solar eclipse. It was quite a drive, but so worth it.
Yes, you can call us crazy. 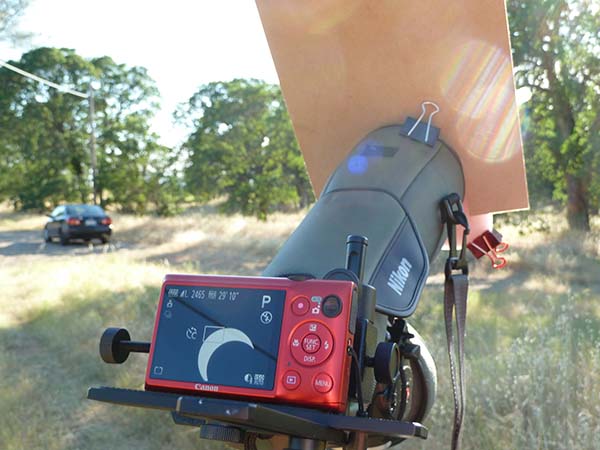 The Geek had his small camera attached to the spotting scope and got some really cool pictures of the eclipse. 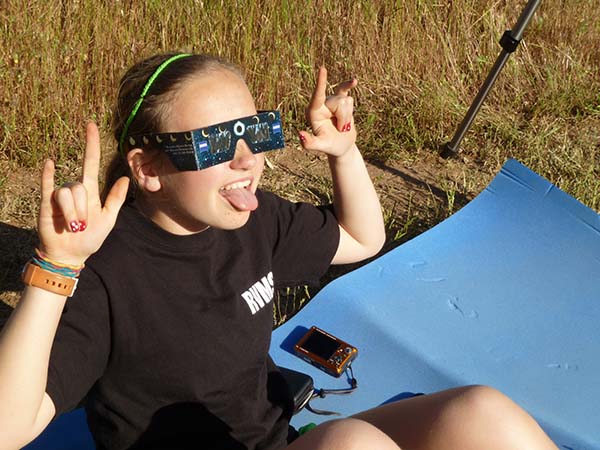 Kaefer was wearing the sunfilter glasses we got for the total solar eclipse in Germany back in August 1999.
Of course she had to goof around! 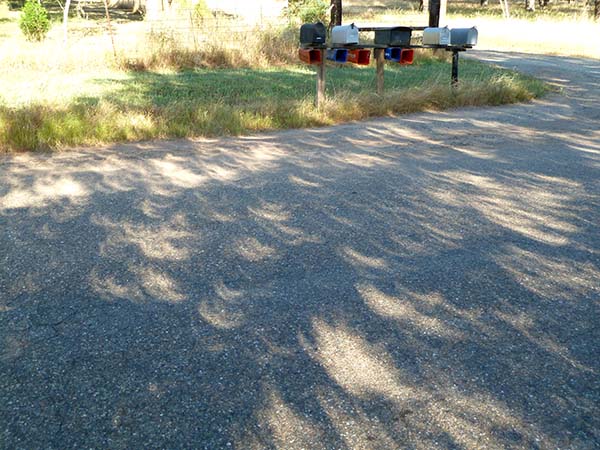 I loved how the beginning eclipse changed the shadows on the ground - it was fascinating and so beautiful. 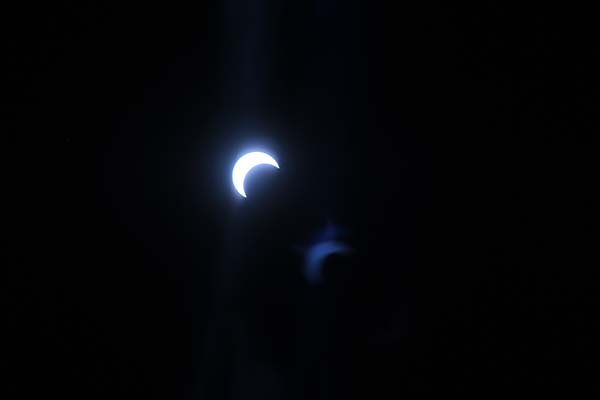 The moon starts biting into the sun - wonderful how she went up in front of the sun. 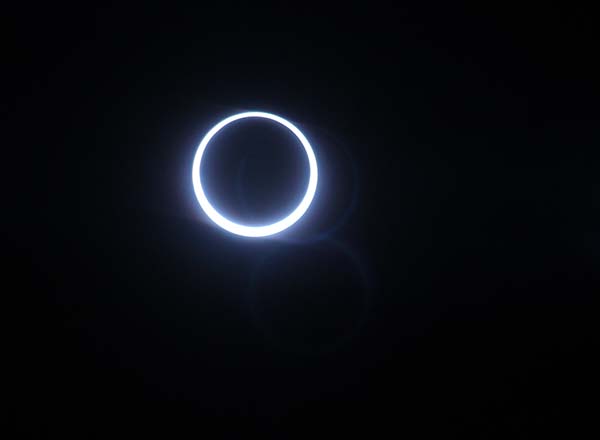 The peak - we almost saw four minutes of the Ring of Fire - fascinating, gorgeous - I actually was (and still am) at a loss of words. 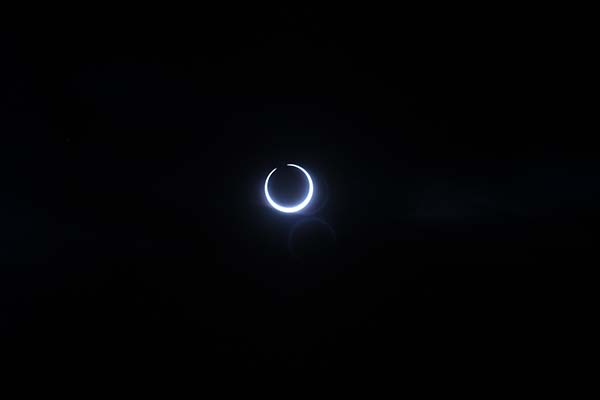 Slowly the moon leaves the center of the sun... 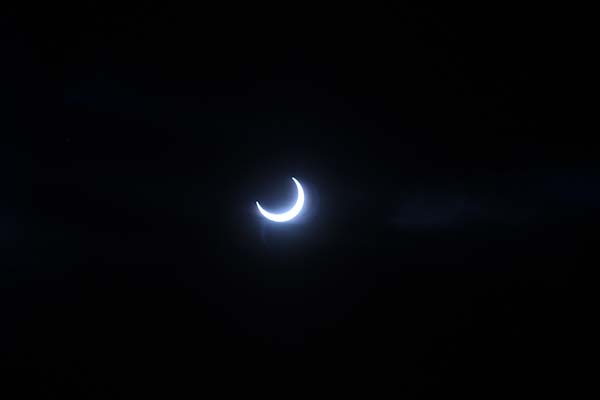 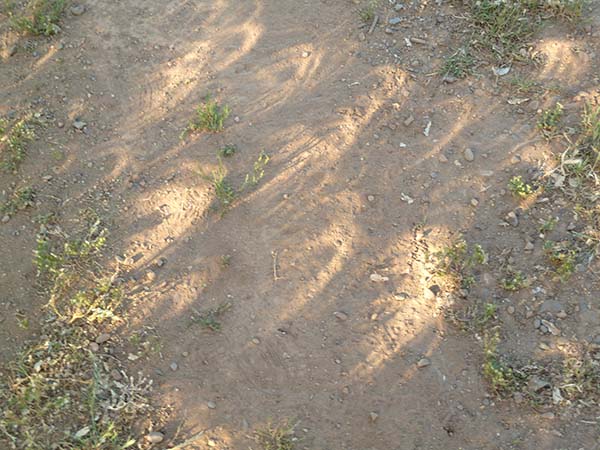 The shadows were still dancing on the ground.


It was a beautiful day.

Did you see the eclipse?

Email ThisBlogThis!Share to TwitterShare to FacebookShare to Pinterest
Labels: nature

Neither here nor there 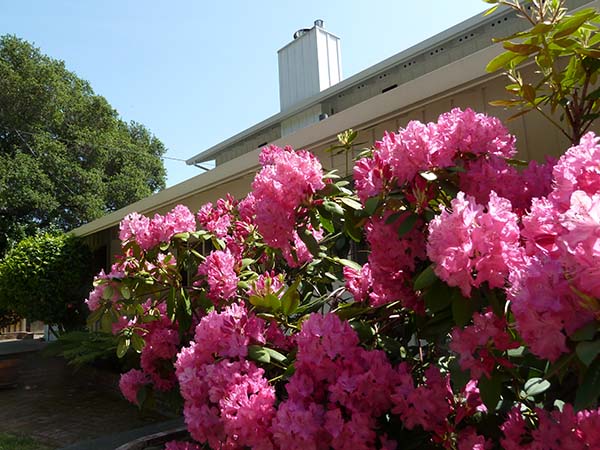 The rhododendron in front of our house

Over the past days I have been pretty rare in blogland - and those of you who have read this post probably know why. We are busy working on our new home while slowly packing up our current home. We're neither here nor there - somewhere in between. Every day I pack the car with boxes and stuff and shuttle it down to the new house, piling things up in the garage. I can't believe how much stuff we have!!!

Meanwhile, work has started at the new house. The Geek took several trips under the house to check on pipes, wires, the wood under the bathroom that has some dry rot, and he always came back rather dirty - surprise, surprise. 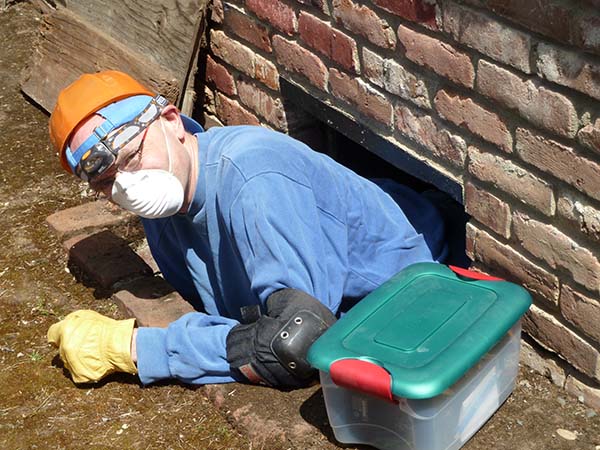 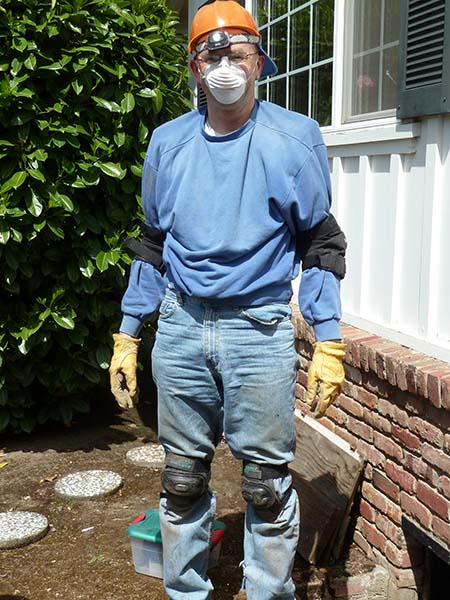 This is the problem bathroom - when we saw it the first time, back in November, it had wallpaper that was striped in shades of pink, really retro. Unfortunately that was painted over before the house came back on the market in March and the only retro thing left were those pink tiles. 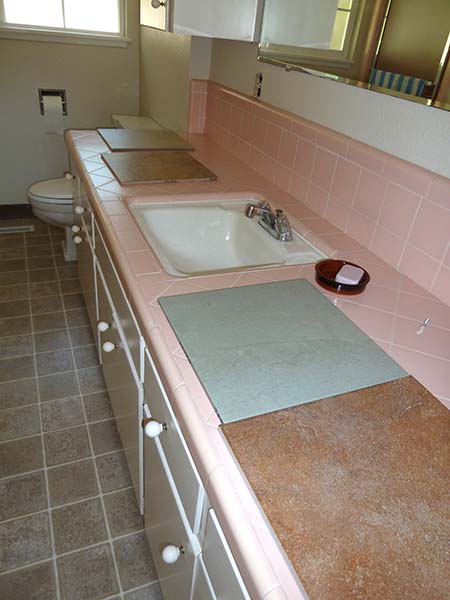 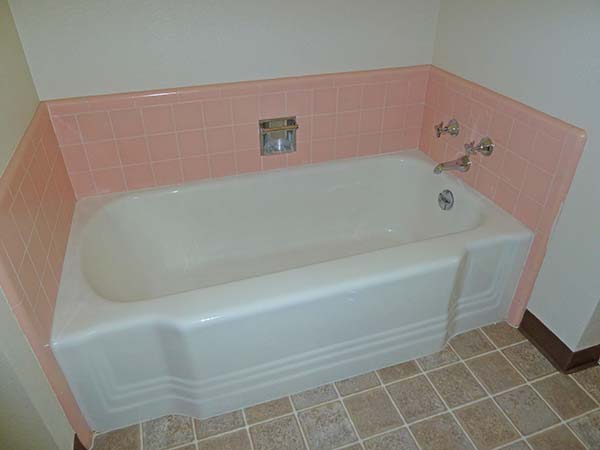 Not half as retro as it was before. Since we had to rip open much of the bathroom anyway, we decided to go with a fuller repair and get rid of all the tiles and also the vinyl flooring. At the moment the bathroom is a pure disaster zone. 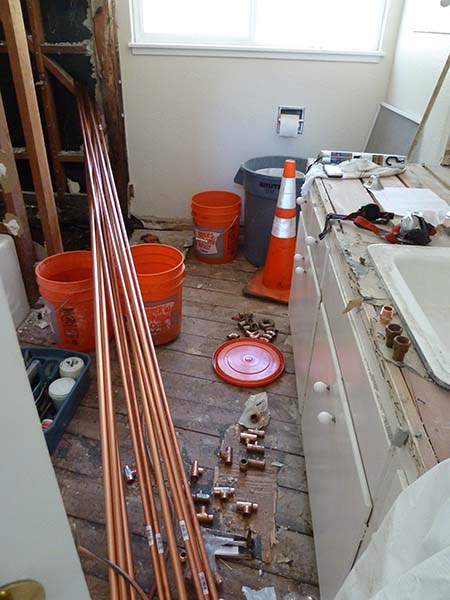 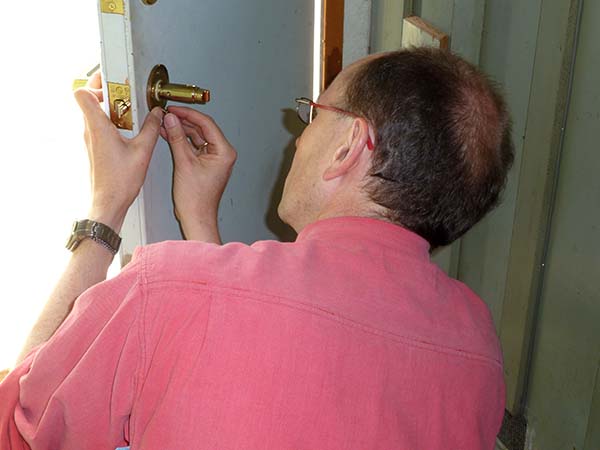 and we took a trip to IKEA for a new sofa and more shelves. The sofa - bright red - resides in the breakfast nook for the time being. 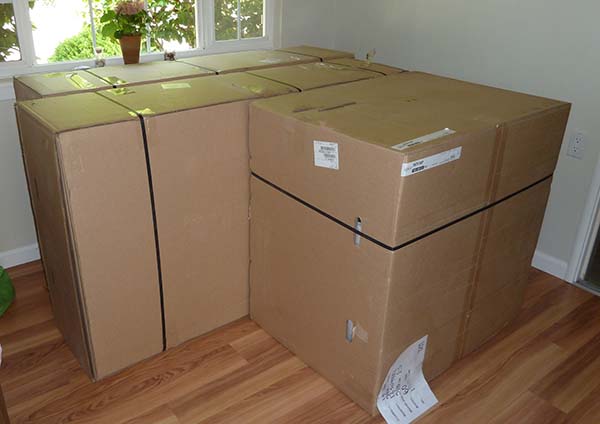 Kaefer has been planning her room: 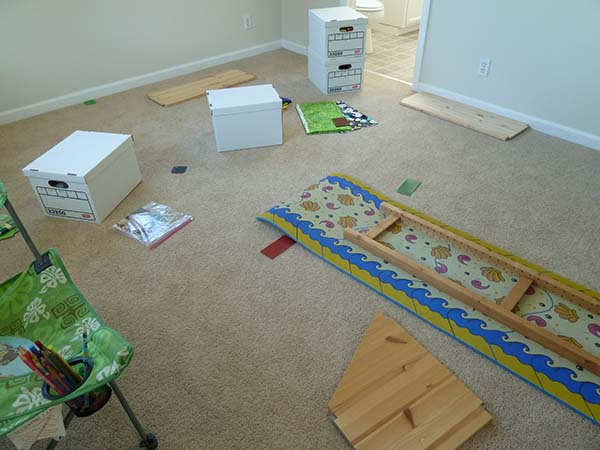 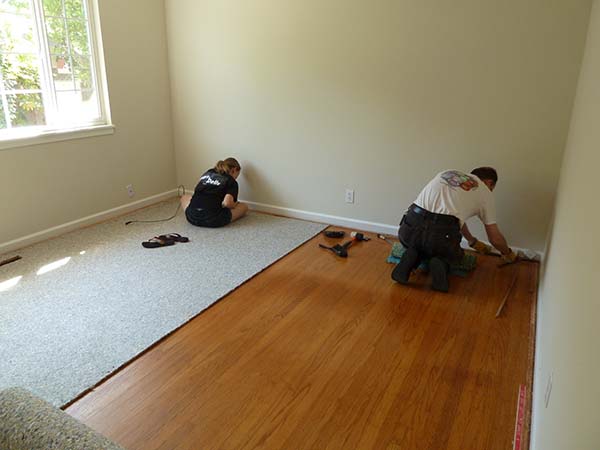 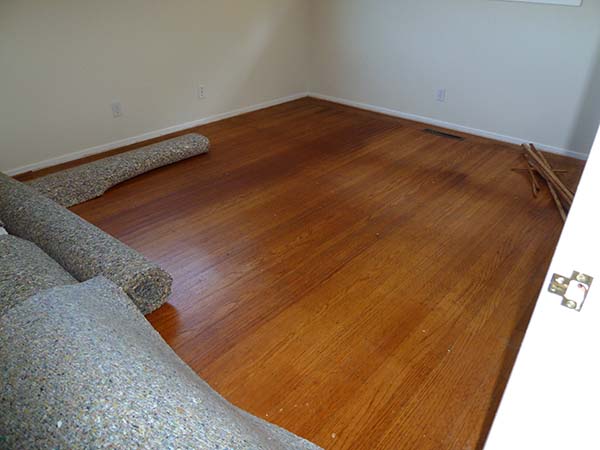 Since it was so much fun (backbreaking, really) we also decided to rip out the carpet in the living/dining room and get hardwood instead. 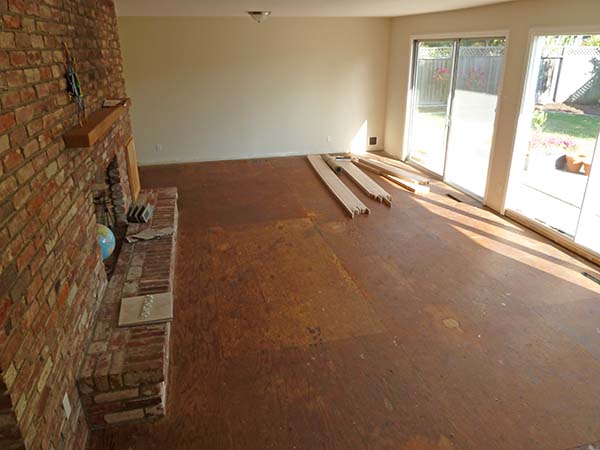 Cool teenagers work with a lollipop in their mouth. ﻿ 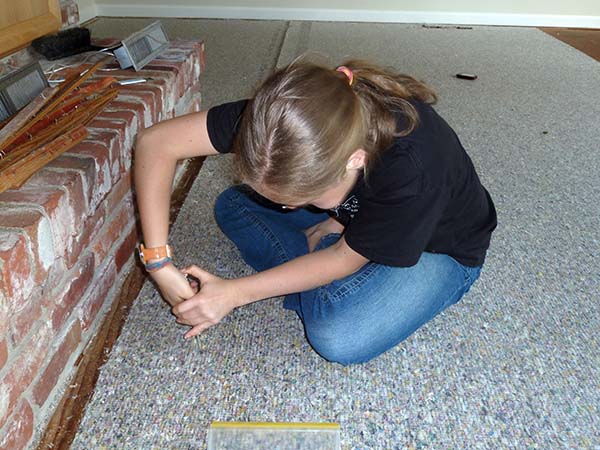 Two days ago the hardwood was put down. Next week it will be sanded, finished and sealed. All three downstairs rooms should be done by next Thursday, which means I can move into my studio!!! I can't wait. 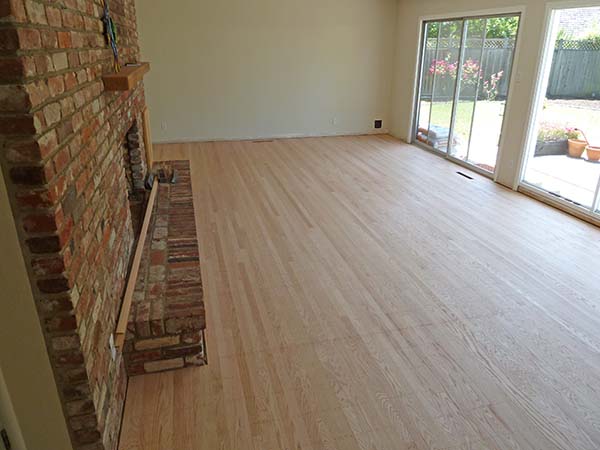 And this is me, fighting decades-old layers of dust and cobwebs in the storage area behind the garage. 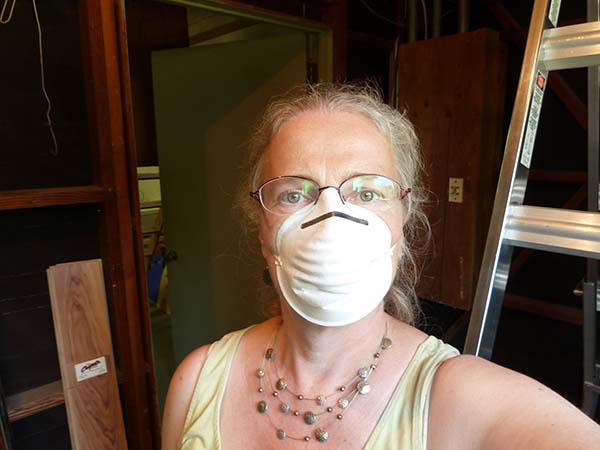 Email ThisBlogThis!Share to TwitterShare to FacebookShare to Pinterest
Labels: home 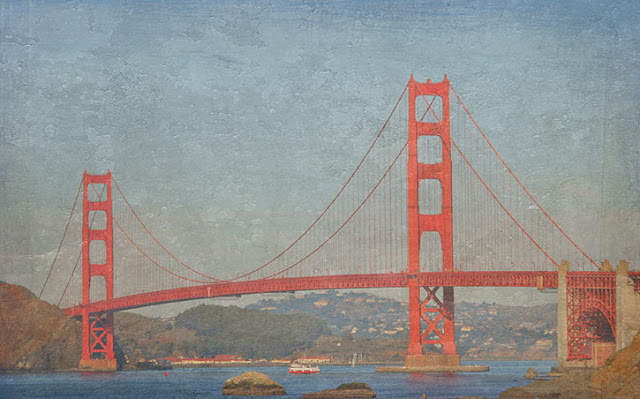 This month we celebrate the ’s 75th anniversary. After only four years of building, it was finished in 1937 and became a new landmark that is known all over the world. Thanks to the engineering mastermind oseph B Strauss and architects Gertrude and Irving Murrow it didn’t become the eyesore of concrete pylons and yellow stripes that the navy was in favor of, but turned into one of the most beautiful suspension bridges on this planet. Watching its tall rusty-red (called “International Orange”) pillars in the setting sun takes one's breath away.

One of my dreams from a rather early age on had been to see the with my very own eyes. I had seen pictures of it and on TV, in various movies, and I had promised myself that one day I would cross that bridge.


This day came in late February 2001, a drizzling, cold evening. We had just landed in and were driving north to what might become our new home. And although the fine rain drops collected on the windshield of our car, we could see the majesty of this beautiful bridge that stood with its hundreds of lights before a dark sky. I had goose bumps all over while we were passing under the first pillar and then the second one.


Over the years we have found many wonderful places that offer a fantastic view of the bridge. One of my favorites is from the Marin Headlands where you can see the bridge with in the background. This is spectacular when the sun hovers deep over the ocean, casting its golden-red light onto the bridge and the city. It is wonderful when the fog rolls in and covers parts of the bridge. More often than not we actually didn’t see the bridge but saw faint outlines in the fog. Another favorite is the view from from where I took this photo.


Since that very first rainy day we have crossed the many times. We walked it enjoying the ever present wind and chilly conditions. My Girl Scout troop did its bridging from Brownies to unior Girl Scouts here, walking the entire length of 1.7 miles from the Fort Point lookout to the Marin side. Whenever we come back from we have to cross the bridge and that is when we think “we’re home”. But no matter how often we cross it, I still get goose bumps – those of the really good kind.

Cross-posted over at Vision and Verb, where a coolaborative group of like-minded women from all over the world share their passion for photography and the written word
.

Owls for the Party

The e-course "How to Paint an Owl" with Juliette Crane is over (sigh). This was the first e-class where I kept the pace and even finished three paintings. Or almost finished them, since I feel there still is a little bit I want to add to each of them. 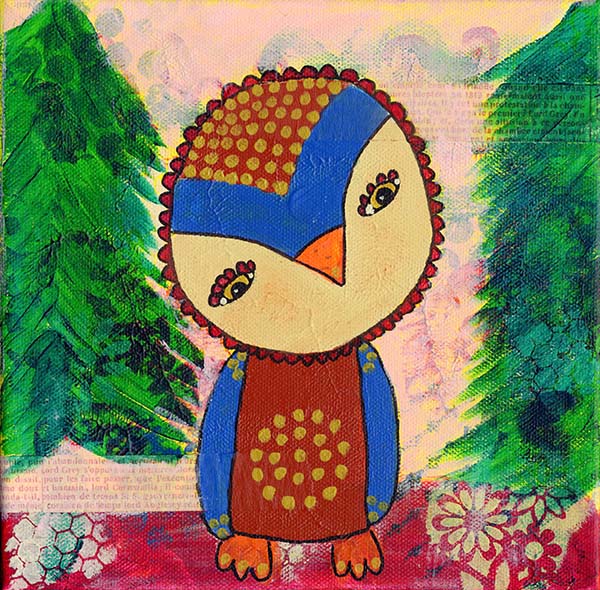 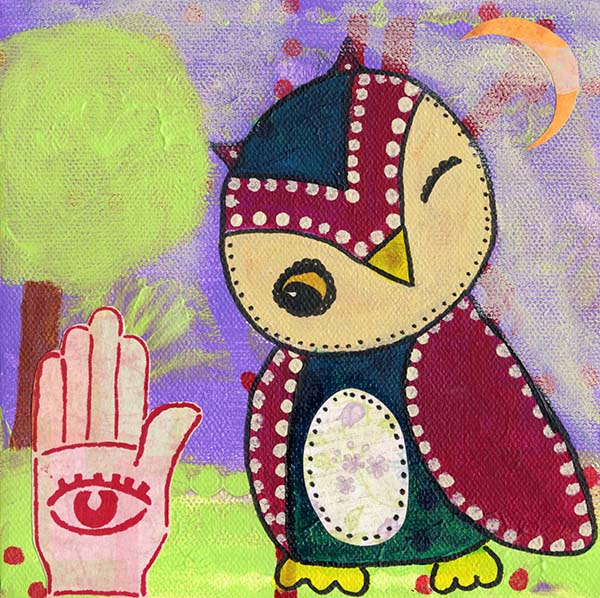 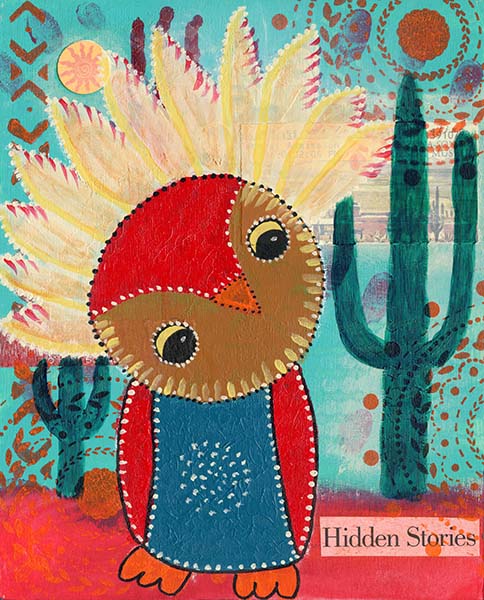 Please come on over and join the party. There are so many wonderful artists and their work to see - it's a real party for the eye.

Don't get ideas when you read this title!!!

This is actually this week's challenge at Photo Art Friday. Since I hadn't participated for such a long time, I wasn't sure whether I would be up for it. Out of curiosity I checked what the challenge was for this week, and I was totally tempted. Bonnie asked us to "showcase a piece of photo art that references, in even the most oblique way, the title of one of your favorite books". Now, that sounds like a great challenge.

I chose my all-time favorite, a small book that I have loved for more than twenty years, "I Heard the Owl Call my Name" by Margaret Craven. It's the story of Mark Brian, a young Anglican priest who has not long to live and is sent to the Indian village of Kingcome in the wilds of British Columbia. 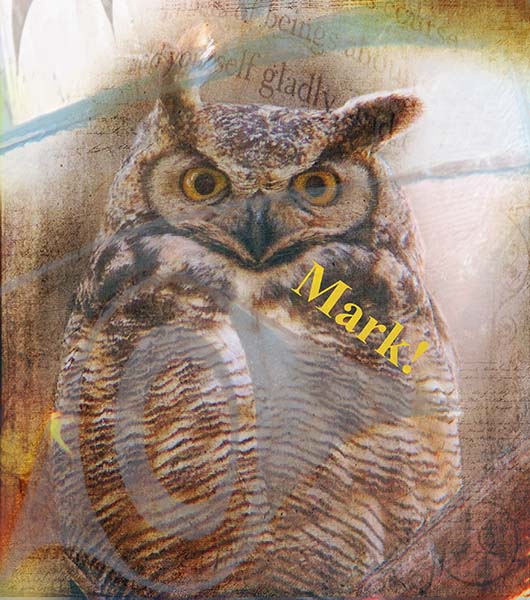 With all those pictures of the Great Horned Owl I took last year it wasn't hard to find "the base". I used two of Bonnie's textures, "Old Ornate Linen" and "cancel the cost" as well as some detail (an eye) of a piece of art by the First Nations that I saw in the Museum of Anthropology at UBC in Vancouver.

And... I recommend the book. It's a great read, done in a weekend. If you like "quiet" books, this is it.