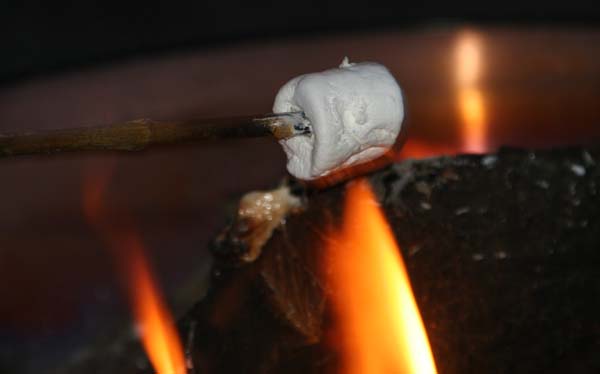 I will be away from my blog for the next two to three weeks, enjoying some free time with my family. I plan to be back sometime during the first week of August.

While I was watering my plants this morning I discovered this snail clinging to a leaf in my pear tree. 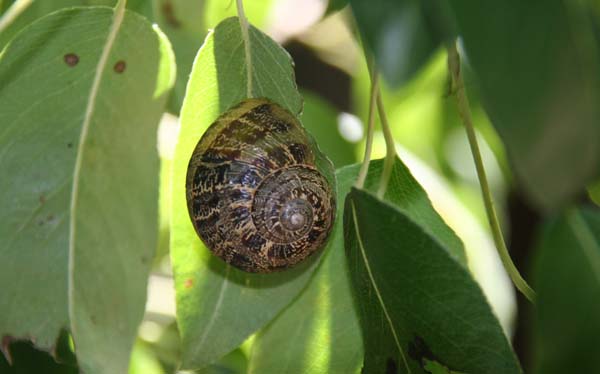 Now, as far as I know snails are ground dwellers and do not really climb up trees. They love to munch on veggies, thoughtfully neglecting all the weeds on their way and spend the daylight hours in the leafy centre of agapanthus.

Obviously, this snail was different. It had big dreams of a lofty home in a pear tree, and with determination and persistence - snails are not famous for their speed - it reached its goal, peacefully napping in the shade of its home-leaf, softly swinging in the wind.

Hop over to Carrie's Art and Soul for a cool art giveaway and a tour of her studio/home.
Posted by Carola Bartz at 8:51 PM No comments: 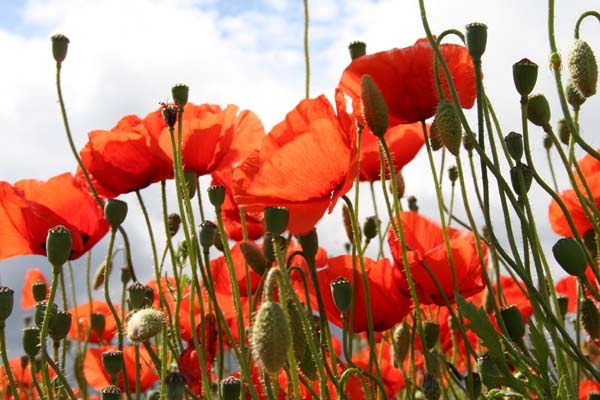 Poppies in a field in Northern Germany - this is summer for me!
Posted by Carola Bartz at 6:34 PM 6 comments:

Email ThisBlogThis!Share to TwitterShare to FacebookShare to Pinterest
Labels: summer 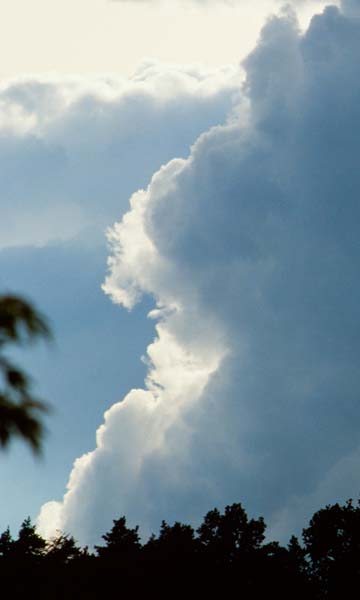 Usually I don't have any special feelings about Monday. It certainly is not my favorite day in the week, but I don't dislike it either.

Today is different and I'm trying to find out why. First, it's a grey morning - nothing unusual for this area, really. I know that by noon it probably will be a gorgeous day. Second, Kaefer went to a CSI summer class this morning. I really love to have her around, and now it's awfully quiet in the house. Usually I love to be on my own at home, but obviously, not today. Third, I miss my morning workouts. During summer break Kaefer and I go to Jazzercise together, but last week I pulled a muscle or something and decided to take it a bit slower. Honestly, I hate it. I feel that I'm getting lazy and I don't like that at all! And being creative? Poof, totally gone.

I feel like a huge bad weather cloud, ready to spill out BIG thunder.
Posted by Carola Bartz at 10:35 AM 4 comments:

Email ThisBlogThis!Share to TwitterShare to FacebookShare to Pinterest
Labels: mood

The Silence of the Evening

The German language has a beautiful poetic word, "Abendstille". It describes the sounds of silence in the evening: all is quiet except for the song of the nightingale, the soft murmur of water, the whisper of the wind in the trees. You get the picture. 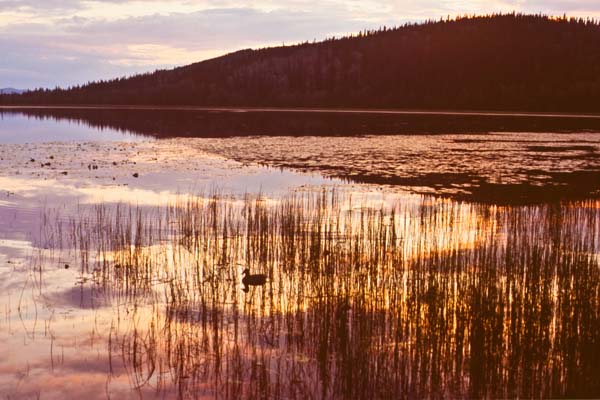 "Abendstille" is always the first word that pops into my head when I look at this photo of Lost Lake in Alaska. We had arrived at the campground around 10:00 pm., pitched our tent and finally went down to the lake. The scenery was so peaceful - the colors that the midnight sun painted in the sky were reflected in the water, a lone duck quacked softly and tiny waves rolled gently onto the shore. A perfect "Abendstille" whose magic I tried to capture in this picture.

Do you have a special word that reflects in your creations?
Posted by Carola Bartz at 2:22 PM 6 comments:

Letters from my Mom

Recently I went through the letters that my mom wrote to me while I was away at school. My mom and I were very close, even though I have to admit that I sometimes treated her horribly during my teenage years. But you couldn't tell from those letters. She wrote about the good times she remembered before I left for school and how much she missed me. I could almost hear her voice while going through these letters.

There are many more letters that I received from my mom over the years, but these ones touched me in a very special way. In simple words she mentioned what we had done together, our little quirky gestures and sayings that only both of us understood and were like a secret bond between us. I had almost forgotten some of these and it was heartwarming to be reminded of them again.

My mom passed away three years ago. There aren't many letters left from the last 15 years of her life because we had talked more on the phone. After my daughter was born I had no time for writing letters, and I also tried for Kaefer to see her grandparents as often as possible. That became very difficult when we moved to the States and always involved long, exhausting flights with ridiculously long waits in airports.

I feel so blessed to have these letters that were written as a loving mom to her youngest daughter. Eventually they will be passed along to Kaefer when she will be grown up and can understand the treasure of these written words. Handwritten letters to and from loved ones are so powerful and even more treasured in our computerized age.

I copied three of the letters and created a little collage with a photo of my mom that was taken in the sixties. I haven't worked much on canvas, so this was still pretty new to me. How much did I love to play around with gel medium, crumple up paper and mess around with distress ink (one of my favorite "toys"). The copied letters fit exactly into the glass tubes that I sealed with dried poppy seed heads sprayed with glimmer mist. My mom loved the fields in Germany that were colorfully spotted with thousands of red poppies. 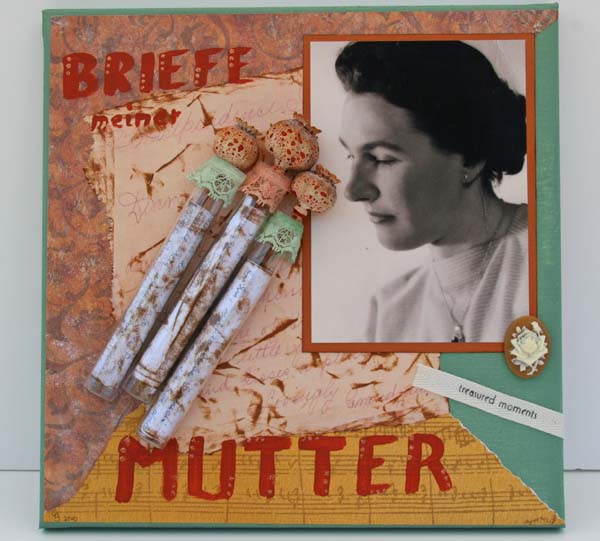 The collage will get a special spot in my work room where it will always remind me of the power of my mother's love.

Memories of our first Fourth of July

Happy Fourth of July to you!!! 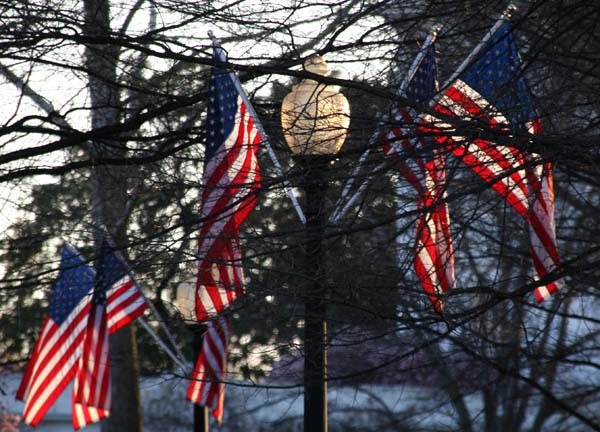 On this day I remember our very first Fourth of July in the US. We had moved here two months before and didn't know many people. Kaefer asked almost every day when we were going back to Germany, she really missed her little friends. I felt pretty lonely, too, and was yearning some adult conversation. I found myself WAITING for the Geek coming back from work. In short: we weren't what you'd call happy.

In the evening of July 3rd, we had just finished dinner, our door bell rang. Standing outside was a middle-aged couple holding some homemade pie in their hands. Turned out they were neighbors a few houses down the road who wanted to welcome us to the neighborhood. We invited them in, shared the pie and had some wine - and received an invitation to join the neighborhood fireworks in front of their house the very next day.

It was a happy Fourth for us. We got to know so many neighbors, had some food and wine, lots of laughter and, of course, colorful fireworks. It was the very first time since moving to the States that I felt some sense of belonging. I love my neighborhood.
Posted by Carola Bartz at 1:18 PM 5 comments:

Email ThisBlogThis!Share to TwitterShare to FacebookShare to Pinterest
Labels: memories 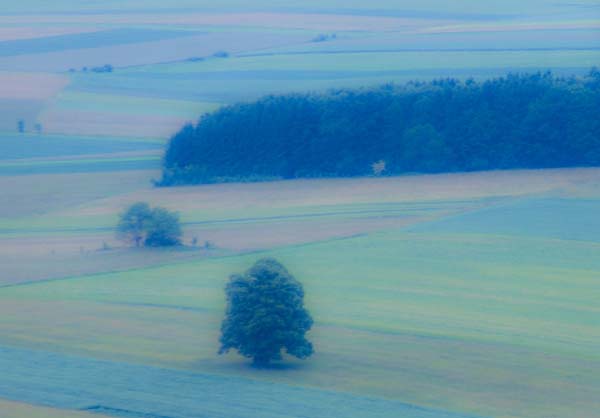 Today the e-course I have been taking over the past five weeks, "Flying Lessons" by Kelly Rae Roberts, comes to its end.

Those were weeks of joy, inspiration, excitement - and total overwhelm. I have learned so much that is important for my creative journey, I felt the itch in my fingers to create create create... At the same time so many thoughts went through my head, things I needed to clarify for myself and that I still struggle with. Mainly the fear to take risks, to say "I am enough", to BELIEVE in myself. This might be another post, though... Today I'm just feeling the blues that these roller coaster days are over.

Now I need to move on, realize what I have learned, one little baby step by baby step. The first one was to create this blog, and boy! that already took such a long time until I finally set this up. Sometimes I think I need to push myself more, be more daring.

Perhaps this will evolve with time?
Posted by Carola Bartz at 2:33 PM 4 comments:

A new month, a new blog

Wow! It's the first of July, the first half of the year is over - and I've finally created my very first blog! And that's it - I just created it. I haven't customized it yet, nothing - still under construction. But it's a first step into the right direction.
Posted by Carola Bartz at 9:15 PM No comments: