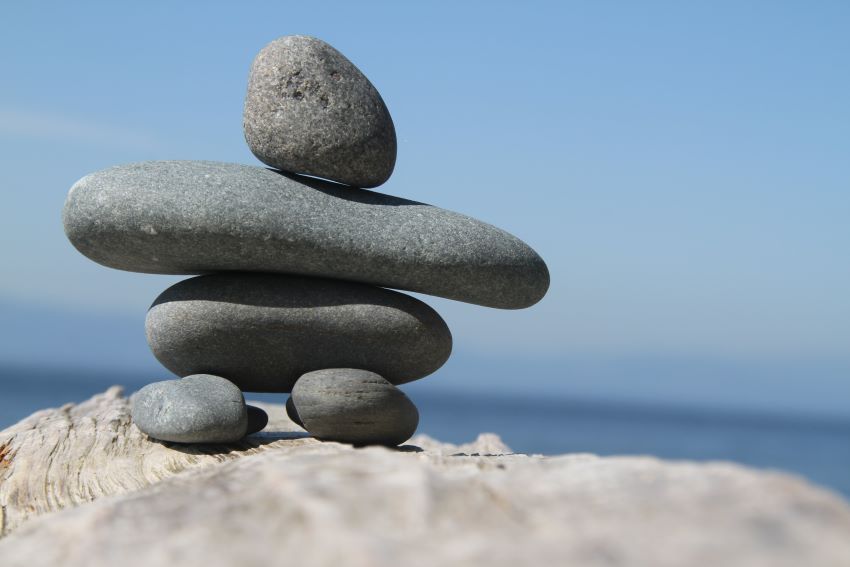 Hard to believe that it is already the middle of May! I shouldn't be surprised, though - every year towards the end of the school year things tend to get crazy when April rolls around. Everybody seems to be in some kind of overdrive during those last two months. This year of course things got extra crazy with the return of our students to the campus in April. It required a lot of preparation, training for staff, new safety protocols and, of course, daily screenings. But it is so worth it - since the students have returned to campus (about half of them opted to come back for the remaining two months while the other half preferred to stay in distance learning) there is so much energy that you can feel at every corner of the school. I hadn't realized how much I had missed the friendly teasing and joking of these young people.

The German School also was super busy since we're already planning the next school year. I'm not only a teacher there but also serve on the board where we do most of the planning. This spring I had offered a couple of extra classes that kept me busy. Even though the school year came to a close today, I am still teaching a summer class that will begin on Wednesday, but this one will only last four weeks. I do need a break after this very crazy year.

With all this school stuff going on I didn't have much time for anything else (except knitting and pottering around the garden), but at least I was able to participate in Susannah Conway's "April Love 2021" challenge on Instagram. While I didn't do it every day, I chose the prompts that spoke to me. For most of them I did not go out to take photos, but looked through my pictures. No worries, I'm not showing you all of them! 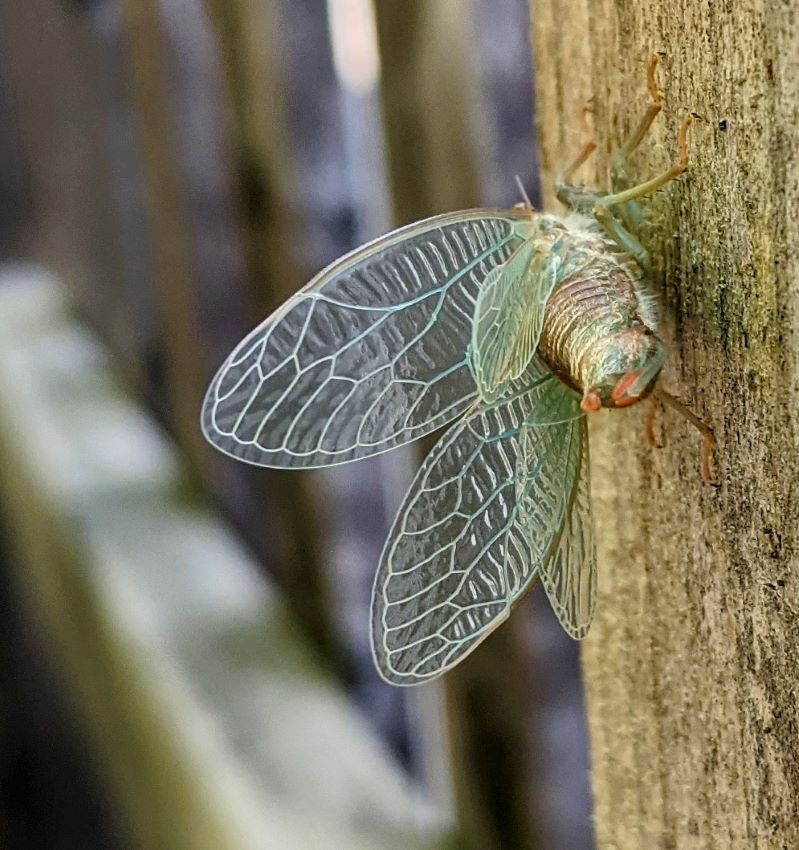 On one of our fence posts we discovered this cicada that had just emerged from its shell and was growing into its final perfect self. I didn't even know that we have cicadas (only crickets), but when I did a research I found out to my surprise that there are 65 species of cicadas in Northern California. Aren't the wings just amazing? 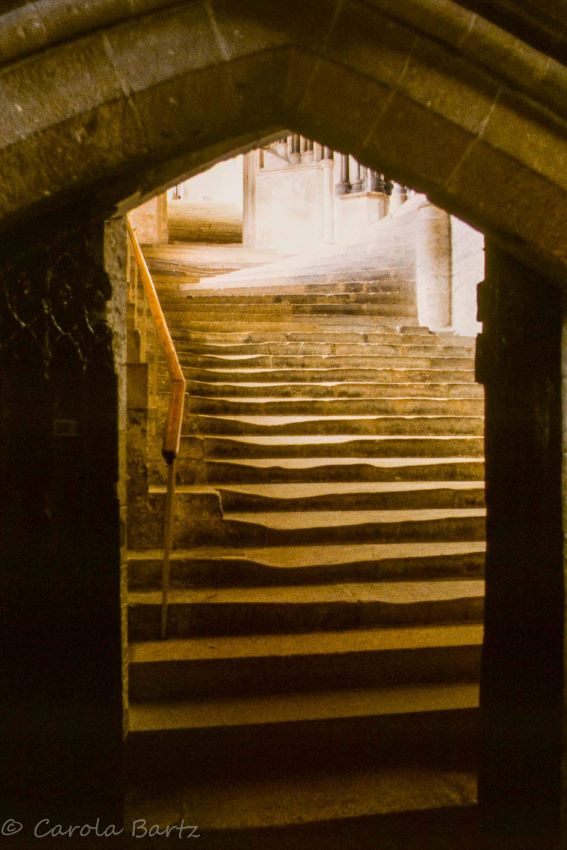 Since I love to take photos of stairs, this prompt was an easy one. I chose the ancient worn out steps leading up to the chapter house in Wells Cathedral. These stairs have fascinated me since I saw them for the very first time back in the 80s. They are several centuries old and hundreds of feet have walked, skipped and jumped along them. I wish I knew some of the stories of the people who used to walk here. 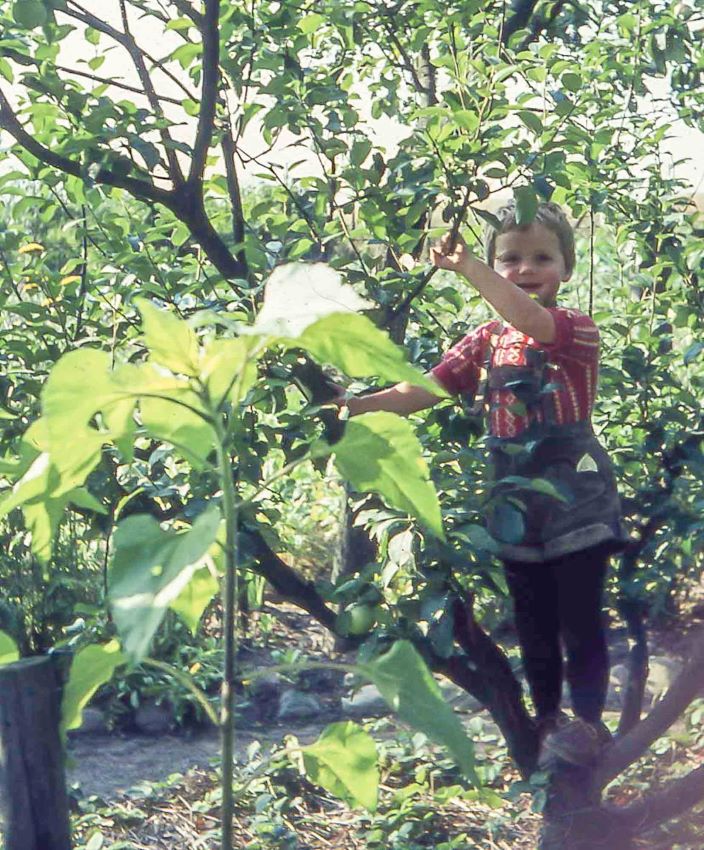 Can you see that I am wearing Lederhosen? Both my brother and I wore them when we were small. They are simply indestrcutible and made my mother's life probably a little bit easier. My brother still wore Lederhosen when he was older while I started wearing dirndls even though we weren't living in a typical "dirndl area" (that is Bavaria). As a small child I was fearless and happy. I stayed like this during the elementary school years (grades 1-4), but it all changed when I started 5th grade. 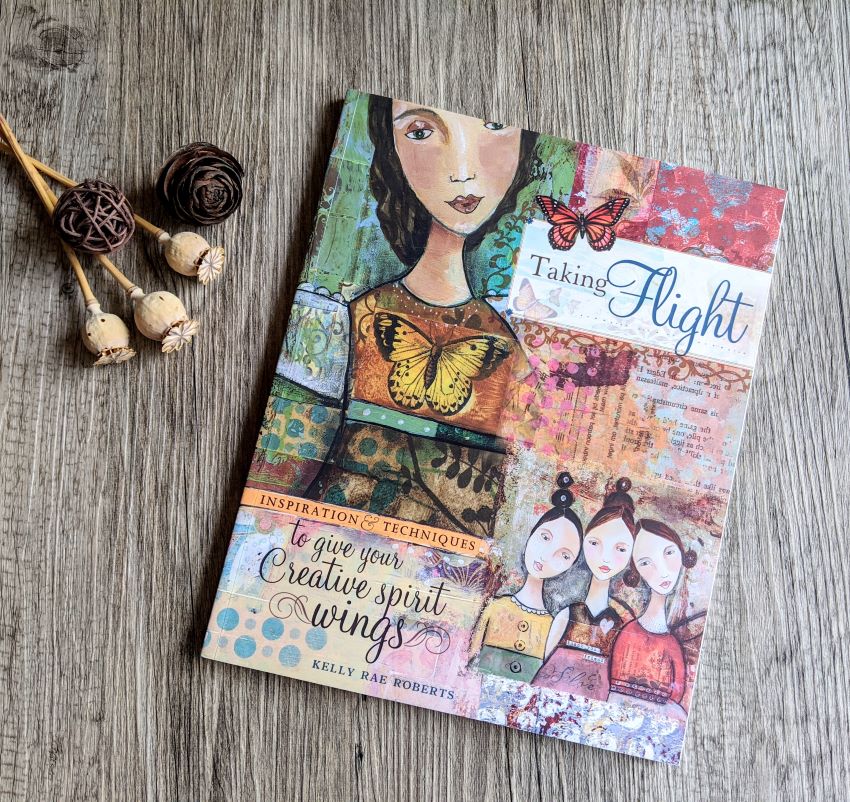 This was not an easy prompt. However, after I had given it some consideration I have to say that this book definitely was a life changer for me. It inspired me to follow that "whisper" in my heart and to get away from the "no I can't" to "yes, I try". Without this book I would not have started blogging, which led me to write for Vision and Verb for five years together with women from Australia, the Netherlands, Sweden, Tanzania, Spain, Italy, Canada, Ireland, the Czech Republic, Slovenia and the US; with most of them I'm still keeping in touch and some of them I met in person. I would not have opened my Etsy store (my first few customers were readers of my blog) and I certainly would not have taken a brush in my hand and started painting. 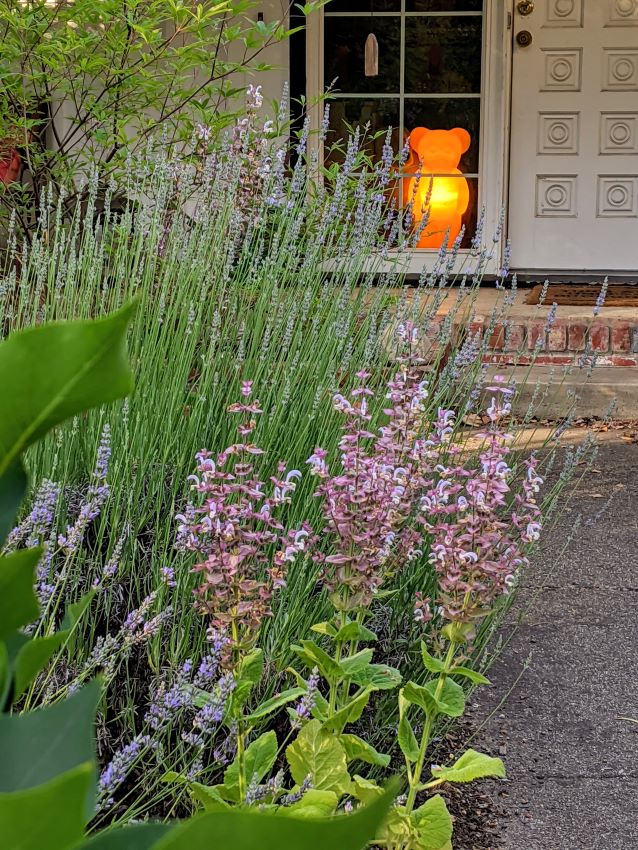 Of course I was first thinking of a real bear or a teddy bear. But this bear - Lumibär - is like a member of our family. I bought him when the Geek and I were still dating (so it's older than our daughter). We were on the way to our favorite café in Tübingen to have breakfast when I discovered the bears in the window of a shop - not just one, but several and each in a different color. They do look like giant gummy bears. There was no price visible on any of them, so the Geek went inside to ask for it. After he told me I decided that we should first have breakfast and I could think about it. Over coffee and Müsli I came to the conclusion that I cannot live without a Lumibär. When we entered the shop the sales lady inside only asked "which one shall it be?". Of course it had to be the orange one. Lumibär moved to California with us and he is one of the things we pack when we prepare to evacuate (which has happened almost every year since 2017). He stands right at our front door and the kids in the neighborhood love him. 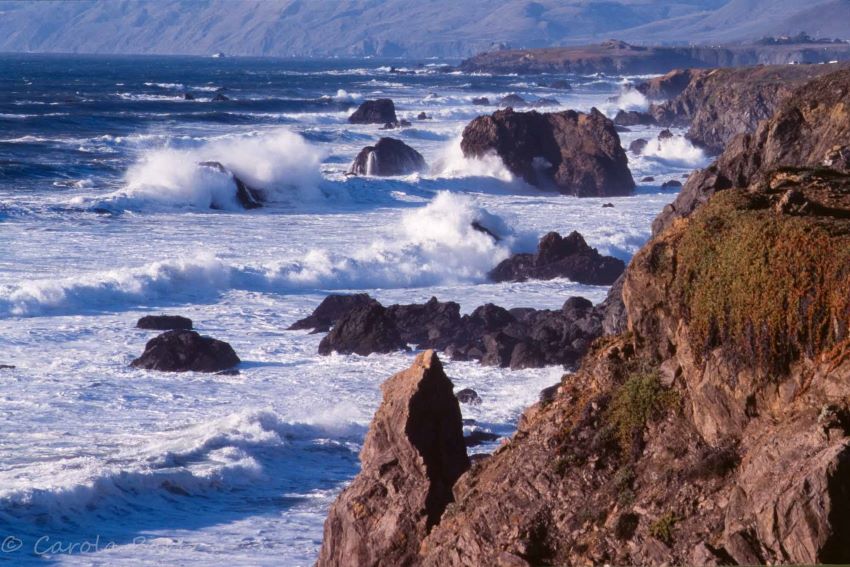 Northern California has been my home for 20 years. I live in Sonoma County which to me is one of the most beautiful places on earth. It has mountains, vineyards, a big city close by (San Francisco), but its best feature is the coast. Here the Pacific Ocean does not have beaches with smooth white sand - our sand is gray and coarse, the water is freezing and way to dangerous to even think of swimming. There are steep cliffs and winding narrow roads. Many beaches are rocky and littered with driftwood and empty abalone shells. Often the coast is shrouded in more or less dense fog, that sometimes burns off by noon, sometimes not. The coast is windy and at least 20 degrees cooler than inland. It is a force of nature and simply fantastic.

One of the last prompts was "favorite person" - of course there wasn't only one for me. It has to be these two (this photo was taken in a pub in Kenmare, Ireland): 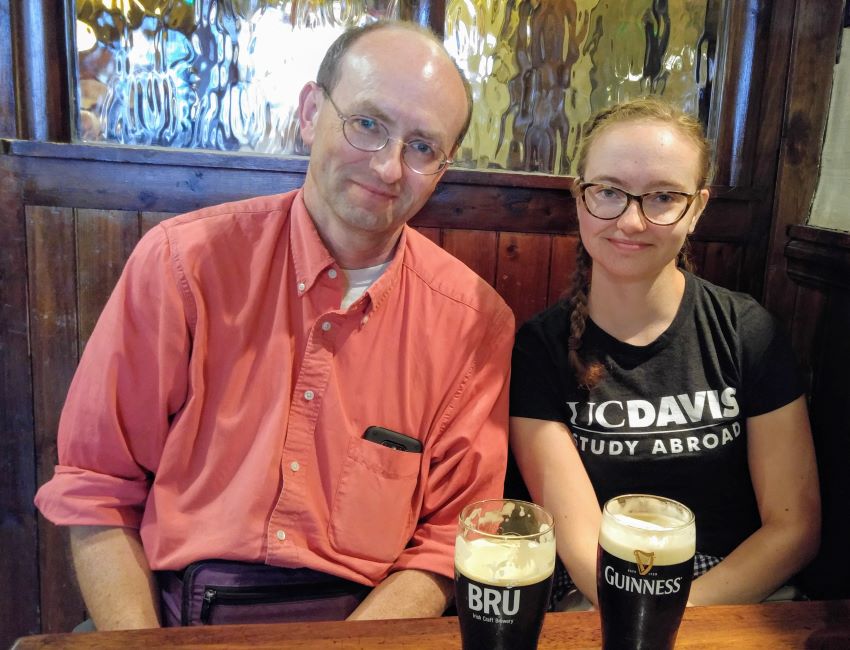