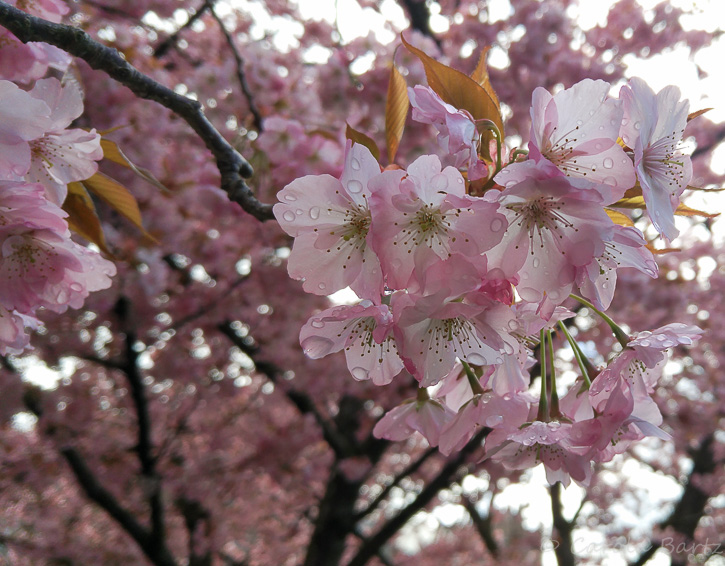 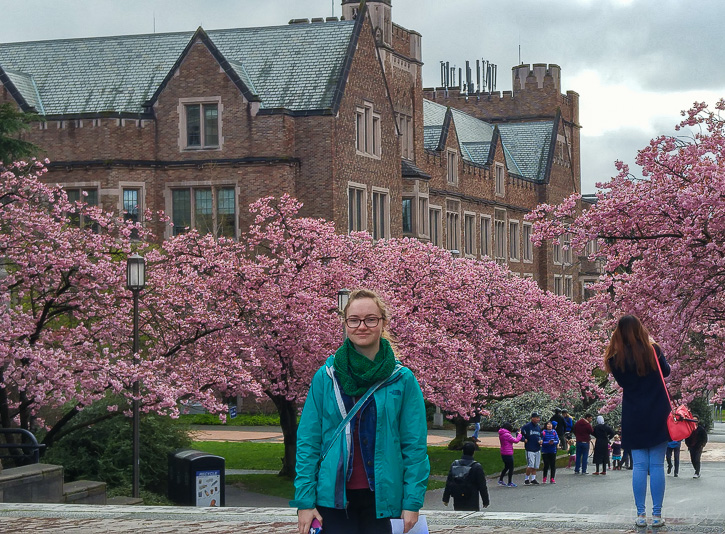 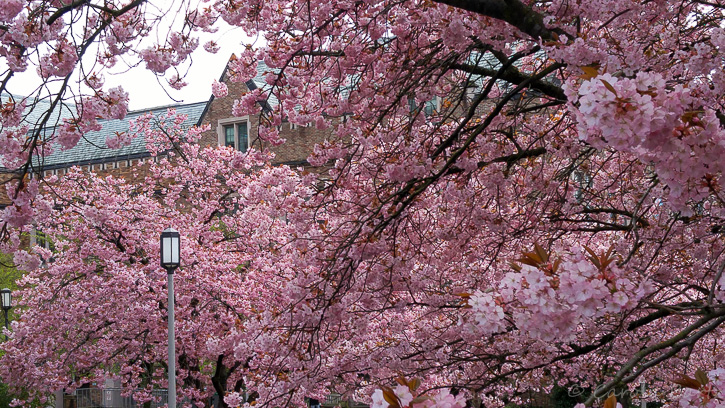 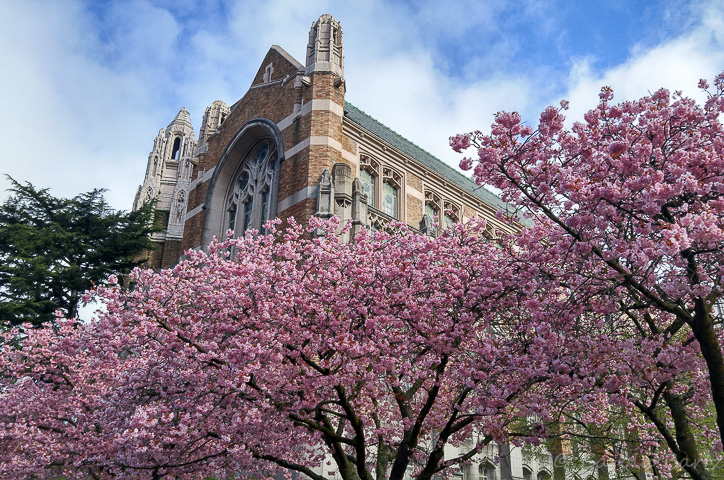 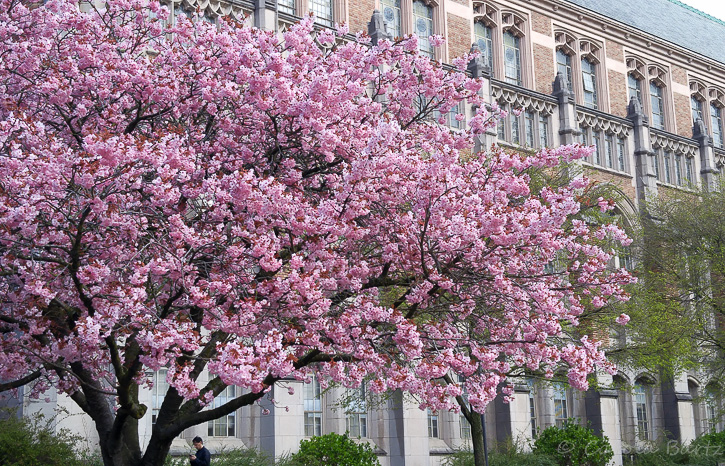 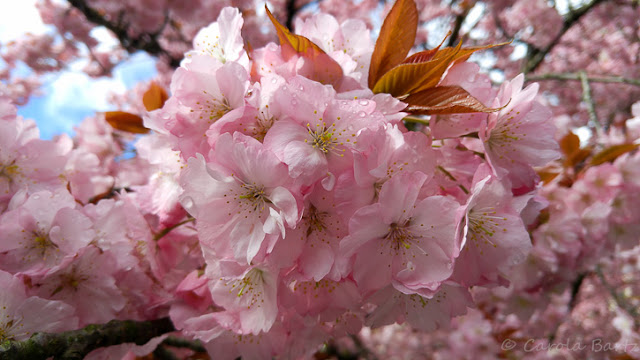 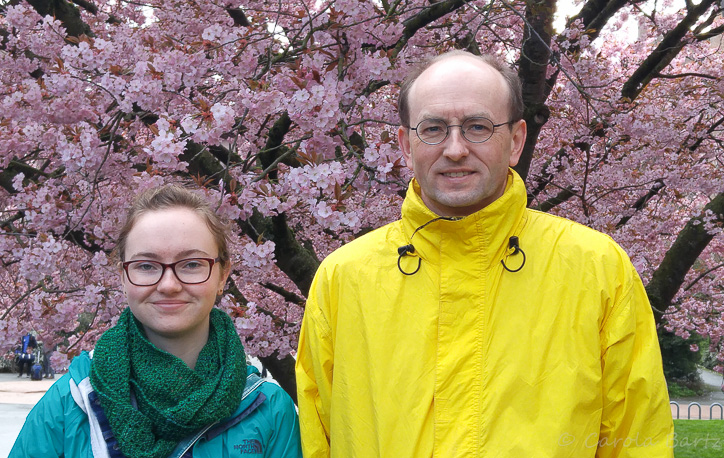 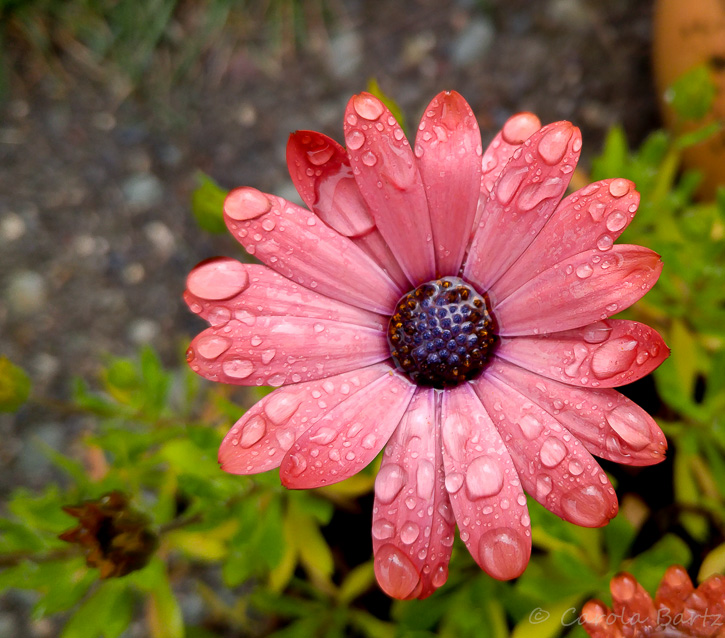 Starting last Thursday and ending on Monday we got a good amount of rain - something we needed, but it's still not clear whether this has broken our four-year drought or not. Somehow I think it takes a lot more than just one wet winter to end a severe drought.

Anyway, it was lovely to go to bed to the sound of rain and to wake up to the tapping of rain. It's not something we hear too often in this corner of the world (this is not Scotland after all). When it happens it's music in my ears. 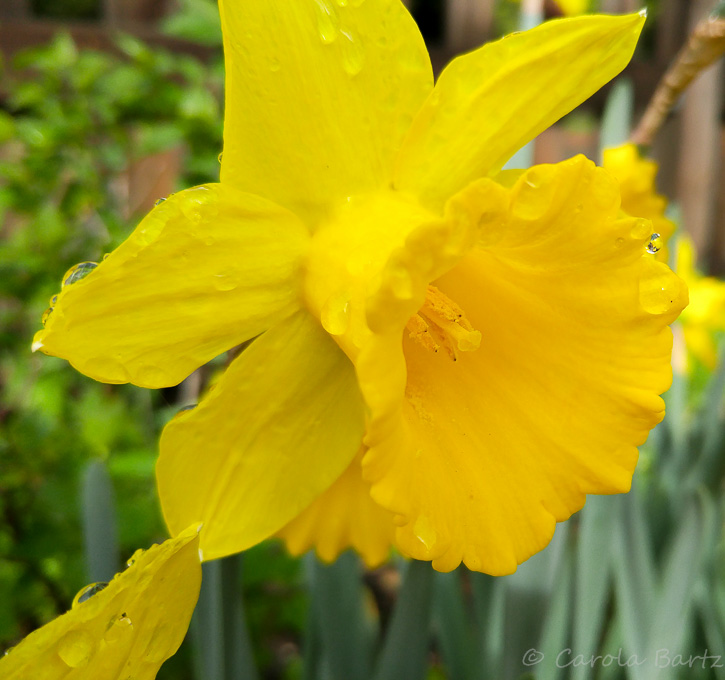 When there was a break in the rain I ventured outside in the garden with my phone - I didn't even grab my DLSR because I thought the break might only be a short one (it was). 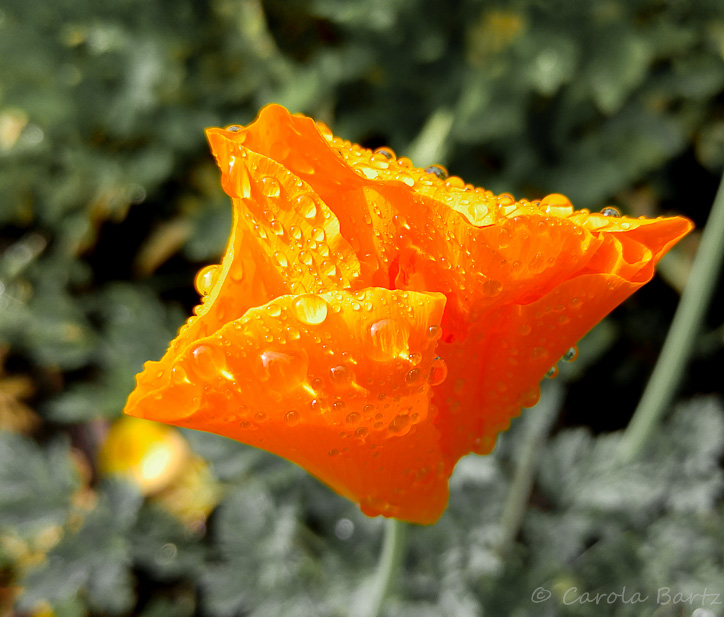 I love raindrops on flowers. It's nature's way of displaying its very own jewels - and boy, is it stunningly beautiful jewelry. Best of all, it's free! 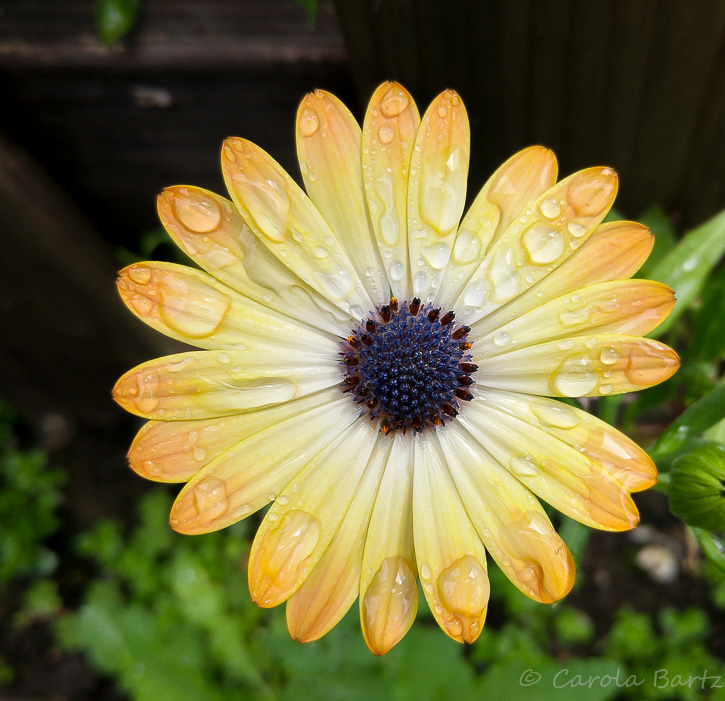 On a grey day the colors just pop so much more than on a bright sunny day. The contrast between the colors and the dark background is higher and very clear. 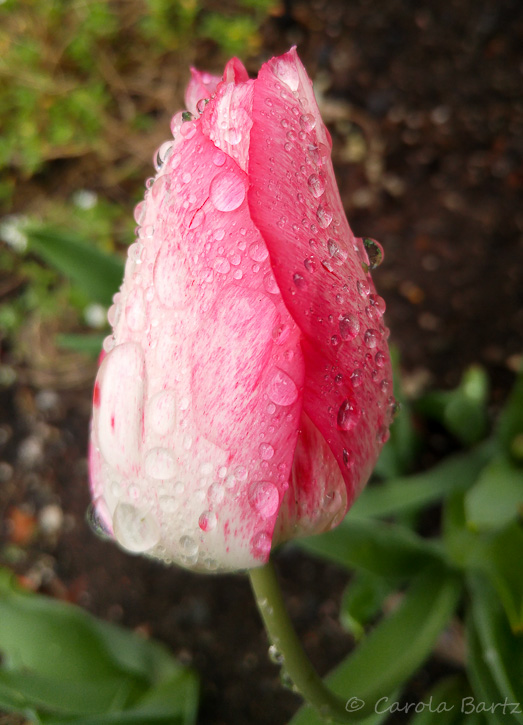 Don't you just love how the drops cling to the petals? I wish I had a really good macro lens to capture just the drops - I'm sure there would be so much more to see.

The rain stopped on Monday, and today I was able to work in the garden again. After all the rain the plants are exploding which means a lot of work for me. Fortunately I love gardening, and seeing how well everything is doing right now is all I need! 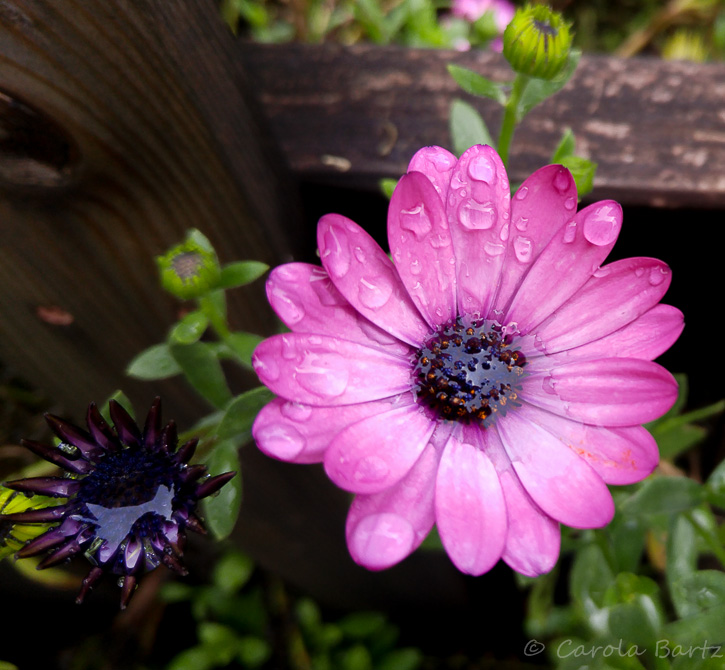 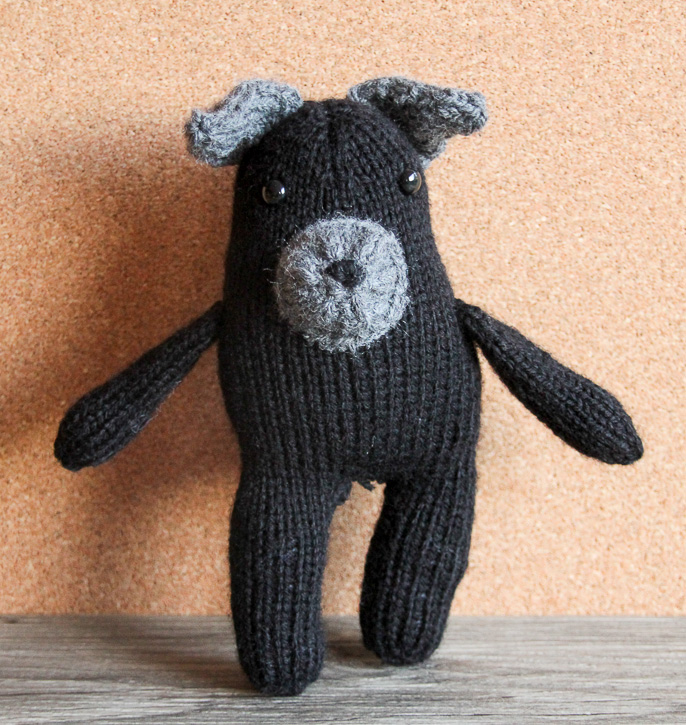 The youngest daughter of my friend K., S., loves pugs - she's crazy about them! Of course she owns a pug, a black one that is already pretty old. The family had decided to give her a loving home in her old age, and the pug enjoys her days there very much. She usually lies in the sunny spots and snores! I'm actually not that fond of small dogs, I love big dogs, but this little guy has stolen my heart. When I spend a morning with K., the pug usually sits right next to me on the couch.

S. turned 18 years old two weeks ago and I knit a little black pug for her. The pattern is from the talented Rebecca Danger (you can find it here). I'm happy to say that S. loves the pug!

Yes, it does have a real pug tail! 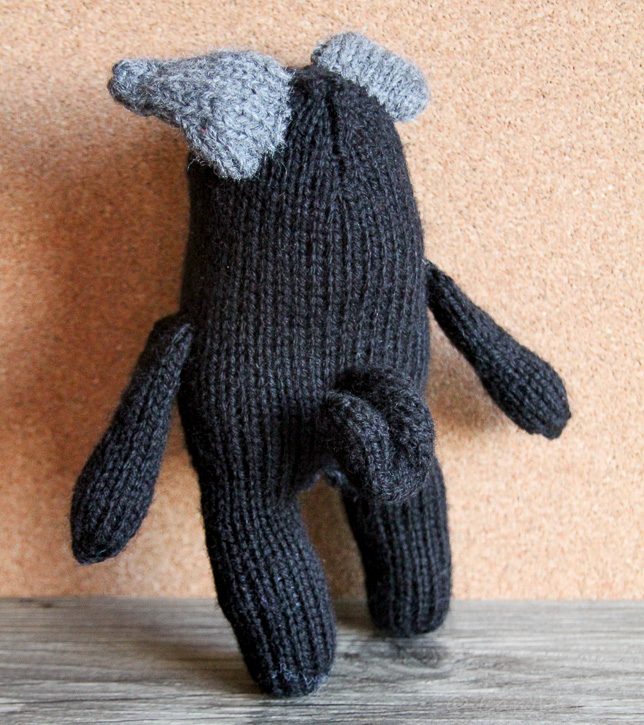 The grey nose and ears show her old age... 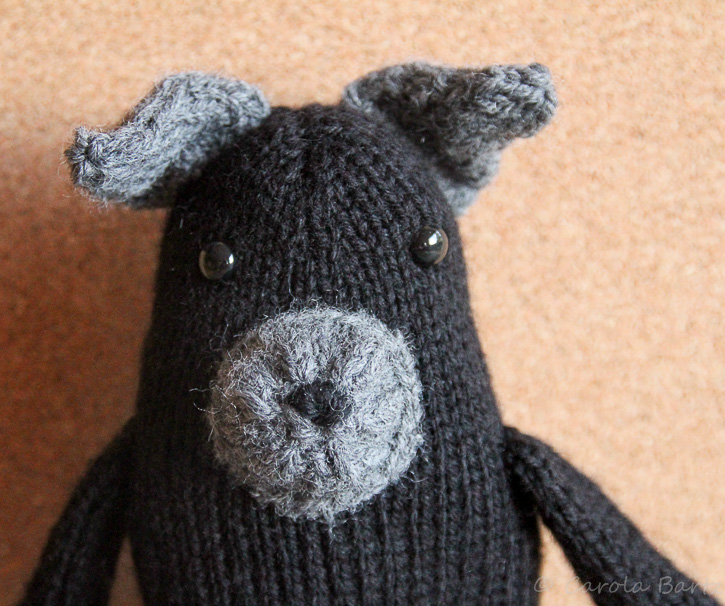 And this is the model - sitting on my daughter's lap and soaking up the November sun! 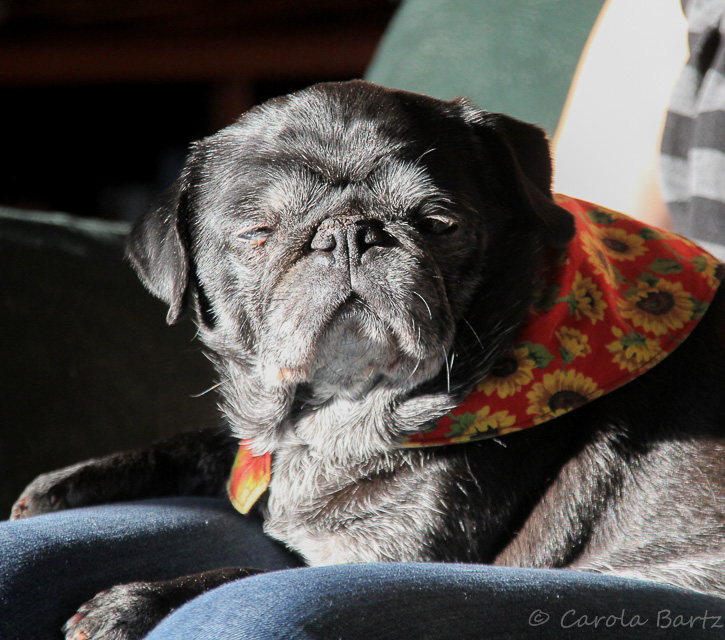 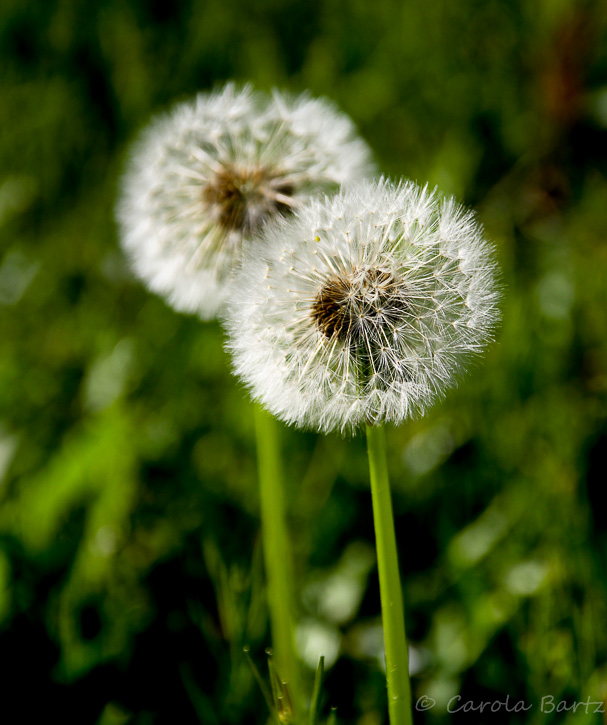 Do you remember when we were children how we would blow into these seed heads of the dandelion (Taraxacum)? We would make a wish while the seeds would flow everywhere - and often we would also have to sneeze because our noses would itch. In Germany we lovingly call them "Pusteblume" (blow flower). They're still beautiful when parts of them are already blown away. 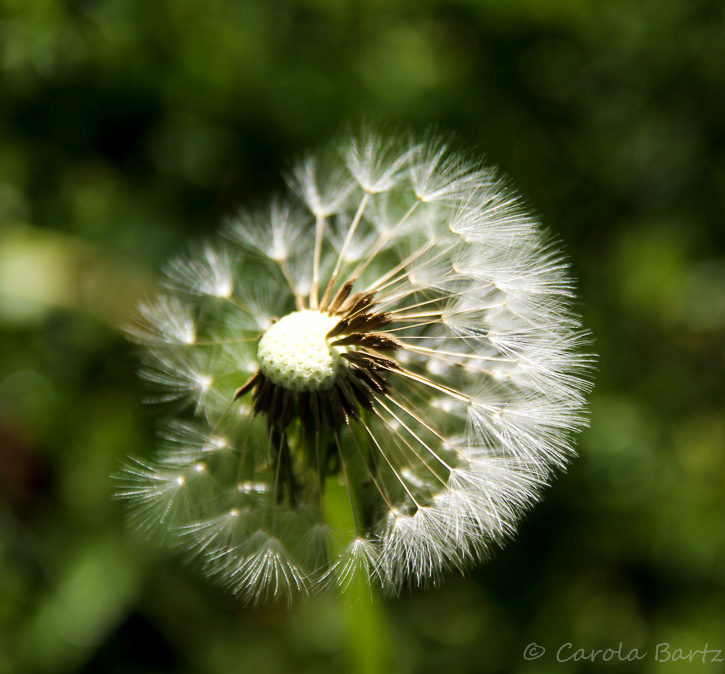 There are quite a lot of them in my "lawn" which actually doesn't deserve the name "lawn". It's a huge assembly of all kinds of weeds. However, before I grabbed the hand push mower I took a few pictures of these beauties. 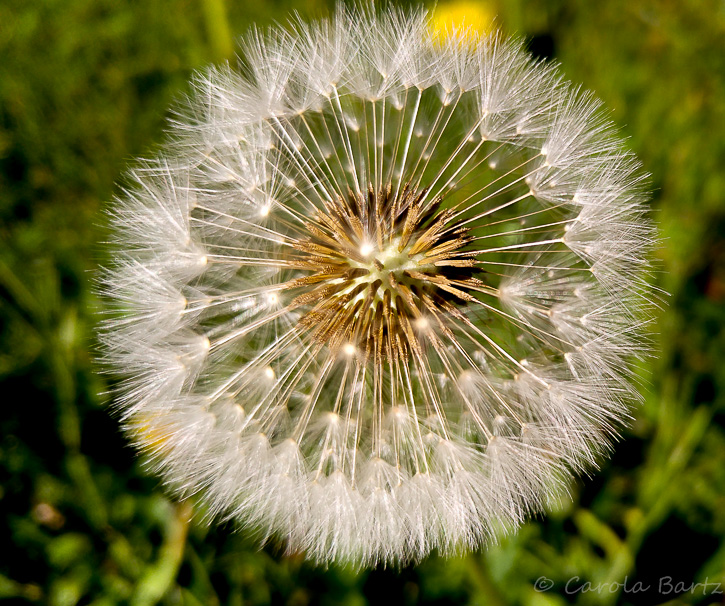 Before turning into these spectacular seed heads, dandelions are very common yellow flowers that often remind me of the sun with their bright and warm color. When I was a child, we called these flowers "Butterblume" (butter flower) and my Dad never stopped calling them this way. Their correct name - apart from the botanical one - is Löwenzahn (lion's tooth). So how come that the tooth of a lion became a butter flower?

I searched google.de for the answer, and this is what I found. When the cows were fed with dandelions, their butter would turn more yellow. Dandelions contain the natural substance flavoxanthin, C40H56O3, which is used as a food additive under the E number E161a as a food coloring. The word flavoxanthin is made up of the Latin word flavus which means yellow and the Greek word xanthos which means - guess what? Yellow! Flavoxanthin therefore is a yellow yellow. Therefore, it makes sense that one of the dandelion's names in German is butter flower. 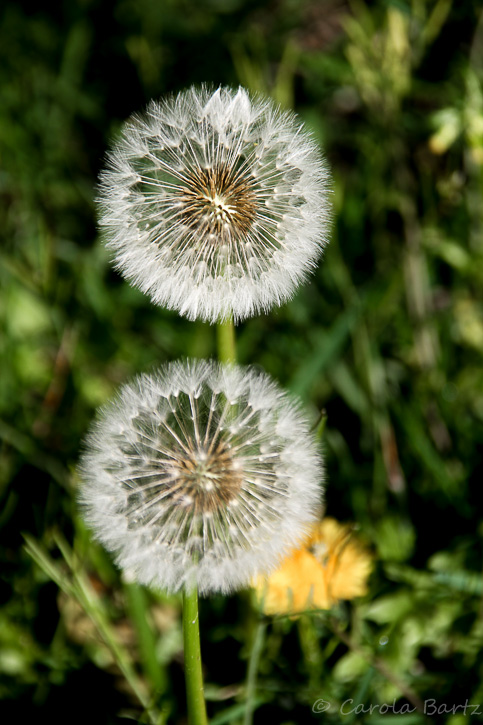 I still remember the name Butterblume very fondly - it was the first flower in my childhood that I knew by name. I still see all those pastures dotted with them and, yes, the cows were eating them (and our butter wasn't as pale as many are nowadays). There are other flowers in Germany called Butterblume (just to confuse things a little bit more) that aren't related to dandelions at all. But for me, the Butterblume was and will always be the dandelion.

By the way, I still like yellow butter. We usually prefer to eat food that hasn't been on the road or in the air for thousands of miles, but we make an exception here. We eat Irish butter. I guess there are tons of dandelions in Irish pastures.... moo. 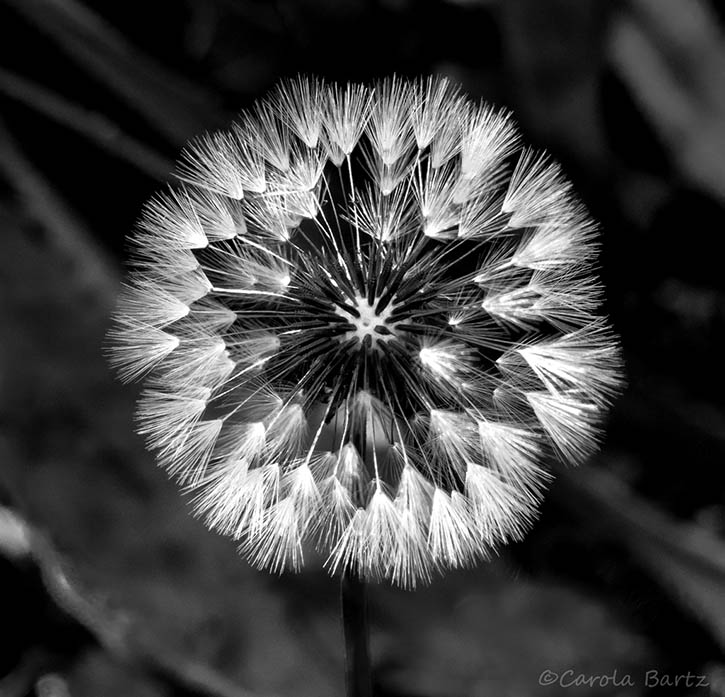