Today's prompt for the August Break is "pattern". 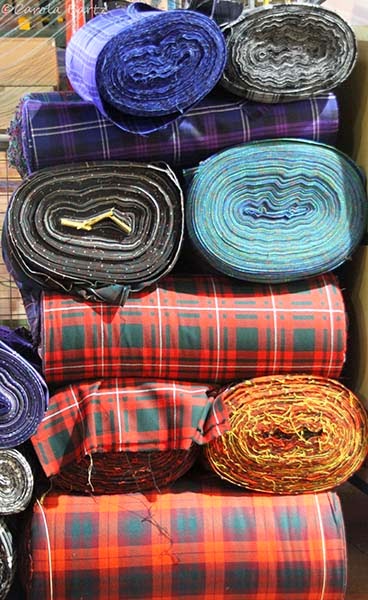 That leads me back to Scotland and their tartans. We all know about the kilts that are worn in the Scottish Highlands, we know that clans have their own tartans (and so do families etc.), we have seen pictures of the Highland Games where the participants wear tartan - so we are quite familiar with Scottish tartan.

Wikipedia defines tartan like this: Tartan is a pattern consisting of criss-crossed horizontal and vertical bands in multiple colours. Tartans originated in woven wool, but now they are made in many other materials. Tartan is particularly associated with Scotland. Scottish kilts almost always have tartan patterns. Tartan is often called plaid in North America, but in Scotland, a plaid is a tartan cloth slung over the shoulder as a kilt accessory, or a plain ordinary blanket such as one would have on a bed.Tartan is made with alternating bands of coloured (pre-dyed) threads woven as both warp and weft at right angles to each other. The weft is woven in a simple twill, two over – two under the warp, advancing one thread each pass. This forms visible diagonal lines where different colours cross, which give the appearance of new colours blended from the original ones. The resulting blocks of colour repeat vertically and horizontally in a distinctive pattern of squares and lines known as a sett.

At the Royal Mile in Edinburgh just below the entrance to the castle we could watch how tartan is traditionally made. First, we could see all the (pre-dyed) thread that is needed for making tartan. 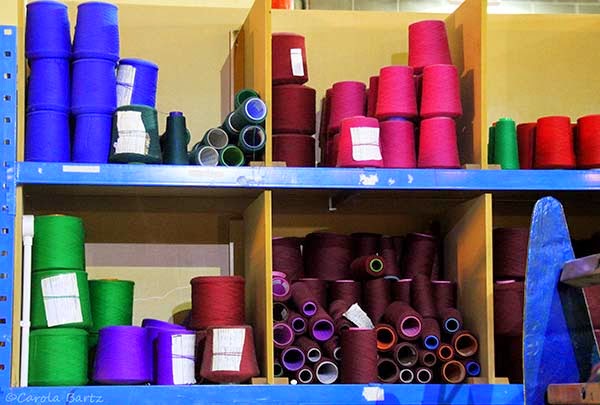 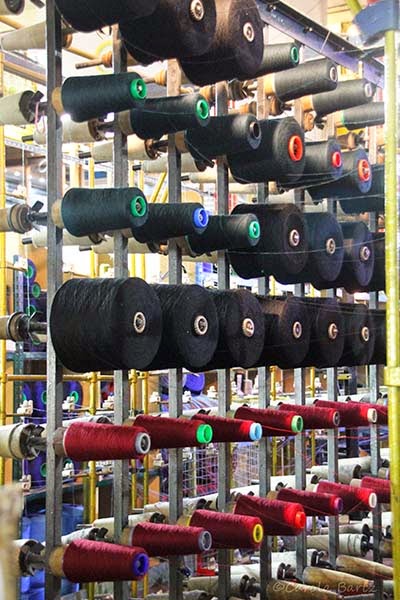 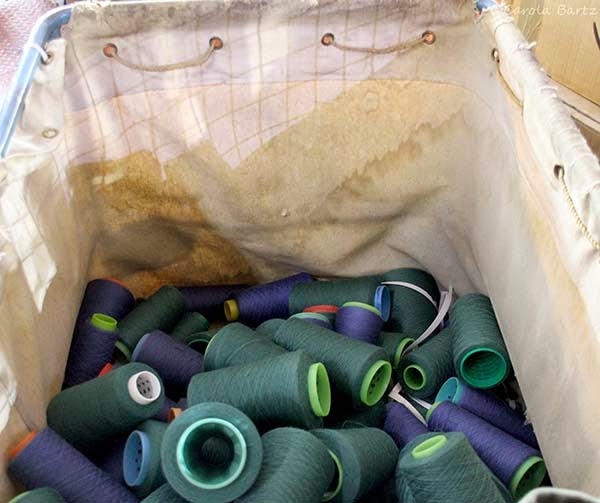 Feeding the thread into the loom (these were all old machines), very noisy and smelly. 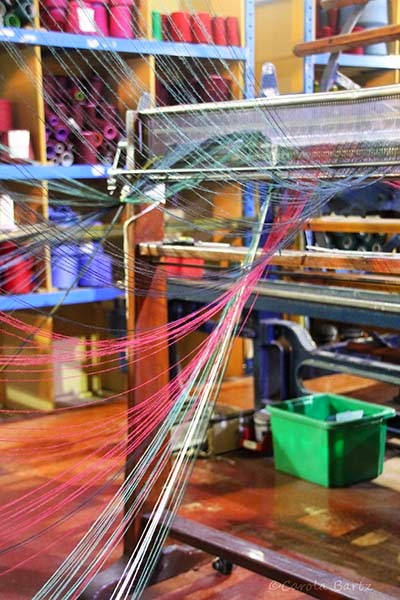 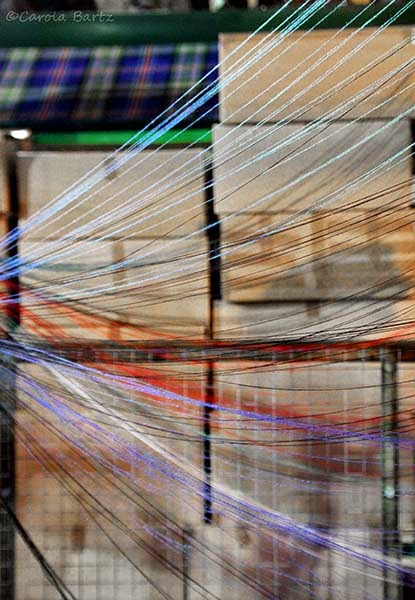 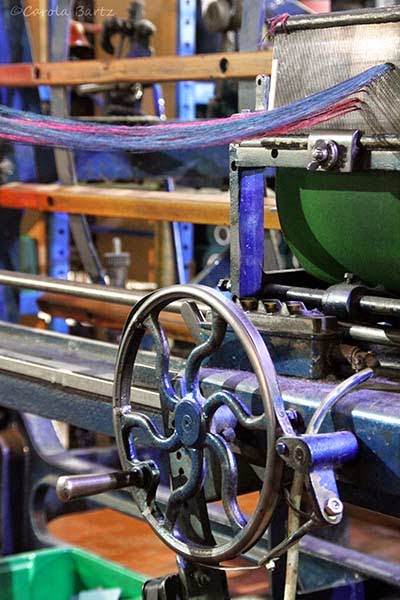 This is the actual loom - sorry, that this photo is so bad. The working loom was way back in the corner and you could only see it from above. 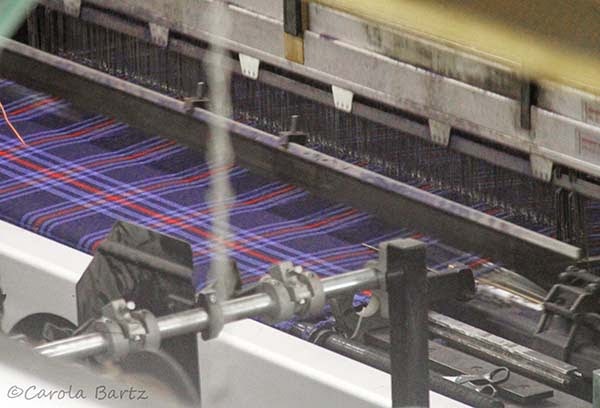 There were tons of scarfs and fabric, waiting to be made into something super beautiful. 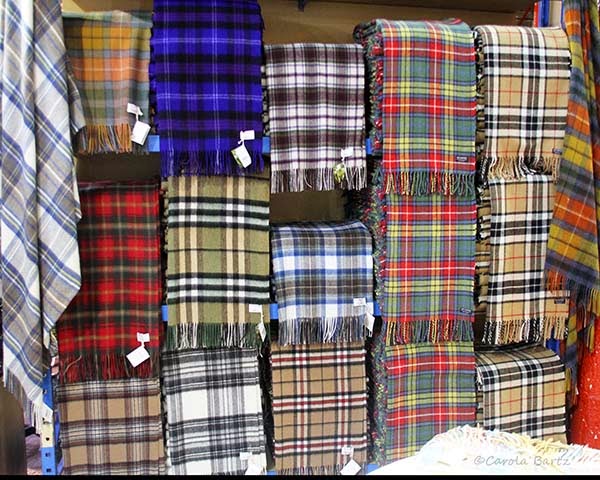 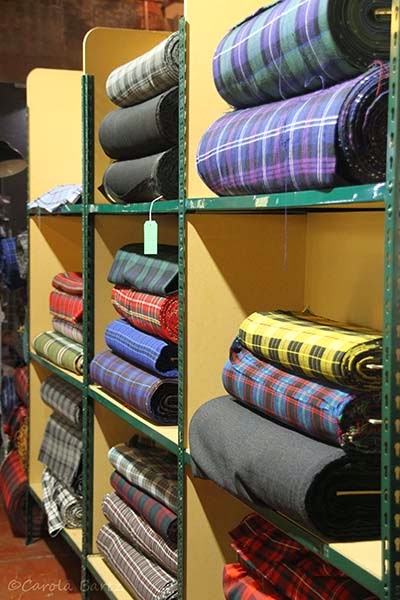 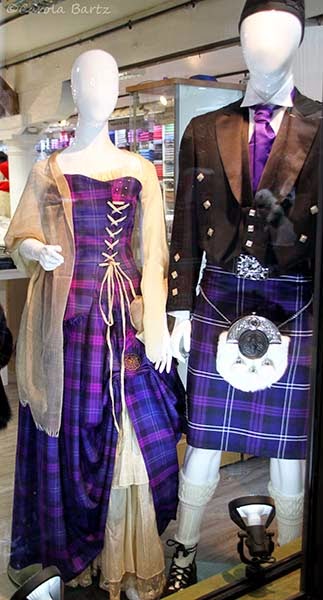 Such vibrant colours. And I was thinking of the work it must have been when hand-looms were all that they had. A lifetimes work.

Interesting posting. I have been told that my first name, Gunn, also have a tartan pattern?

This is amazing! I love this post! I want that dress! It is stunning! Hugs ;o)