Our prompt today is "orange". Beside it being my favorite color, it's also the color of the Dutch Royal Family which hails from the House of Orange. Members of the House of Orange are extremely popular in the Netherlands, and thus the color orange has come to symbolize the country, and to signify national pride. 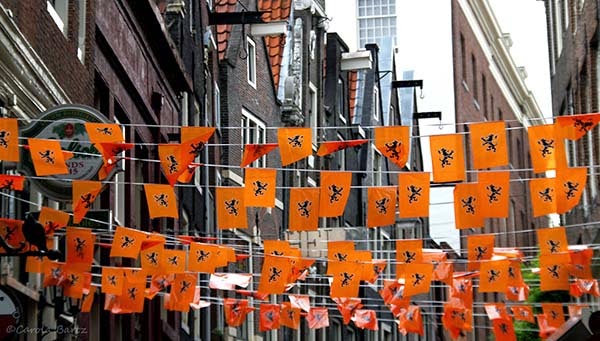 During the World Cup the Netherlands - or as in these photos Amsterdam - was pretty much covered in orange. It is such a happy, spirited color - we had to smile every time we saw some orange banners or these footballs. 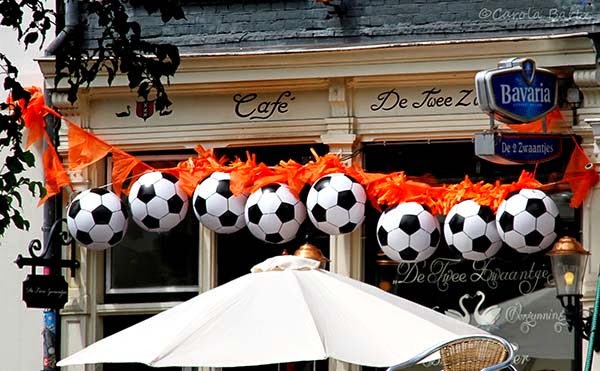 The flag of the Netherlands, however, is a horizontal tricolor of red, white, and blue. 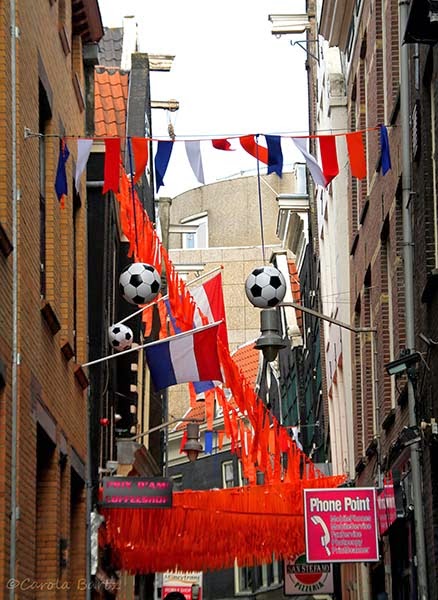 Signs in pub windows invited for special deals (Oranje, Dutch for orange, is the nickname of the Dutch national football team) 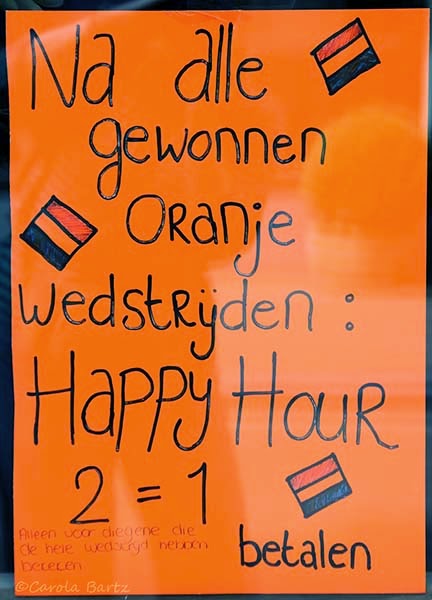 After all the games won by Oranje: Happy Hour pay one for two

and, of course, for watching the games. 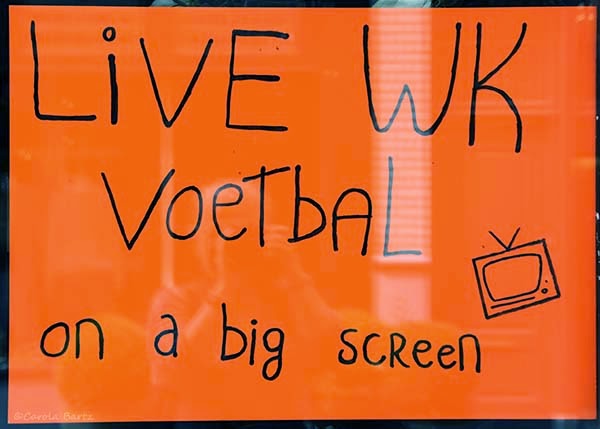 Many boats had orange decorations while gliding through the grachten - so pretty to watch. 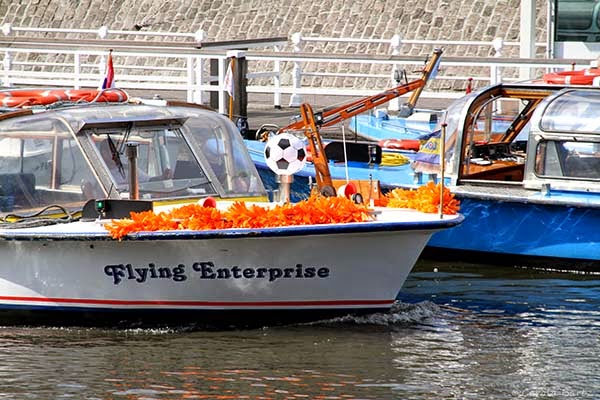 I personally had hoped that the Oranje team would be in the final game - Netherlands : Germany. Unfortunately this didn't happen, and Netherlands "only" got third place. To honor the Dutch spirit (and since the Dutch team had just won a game the day before) Kaefer wore orange while exploring Amsterdam. 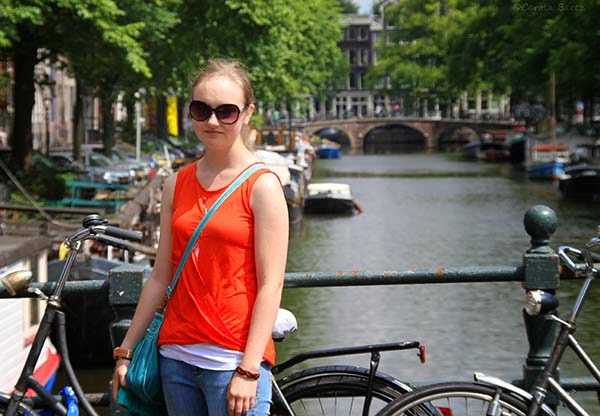 PS: I am happy, though, that the German team won the World Cup. And a little bit proud of my country's team.

Orange is such a fun color, so vibrant and full of life. Wonderful images you've captured of The Netherlands.

What a vibrant, colourful happy post. And a beautiful daughter to adorn it.
Thank you.

When I think of orange, I usually think of Halloween (one of my fave holidays), so it's nice to see it here. Congrats to your team for making it so far! Beautiful, beautiful stained glass windows in the post below!

I think this would have been a perfect time for me to visit the Netherlands:) I did in 1989... but obviously not at world cup time... I must go through my old photographs and start scanning. Your images are great! My favourite is the one you shared on MoM but I also like the second very much. Great compositions! Thanks for sharing on Mandarin Orange Monday:)

Such fun and exciting photos! The orange enlivens them!

Love these! Even though the US was more interested in the World Cup than ever, nothing compares to being in Europe for a tournament. We've been abroad for 3 or 4 Euro Championships, and its great fun! Belated congrats on the German victory.