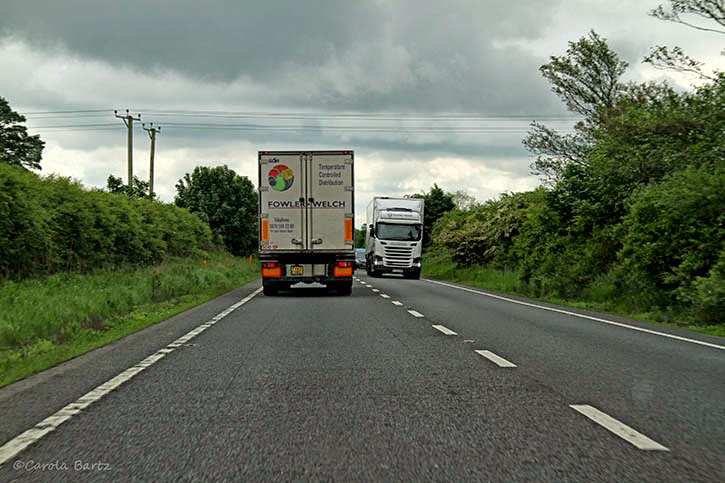 I know that many of you won't agree - after all, this is your daily reality in Australia, New Zealand, Japan and who knows where else - and, of course, in Great Britain. But for us "right drivers" driving on the left side of the road just feels plain wrong.

Well, don't get me wrong. While still living in Germany - when I was young! - I often went to England. Sure, I often took the plane since I frequently went just for a long weekend to see friends, but I also spent several weeks there every year, driving around. At that time I had no problem at all with driving on the left side - after all, I drove in my own little car (a red Peugeot 205) with the steering wheel on the left and the stick shift on the right side. That made things so much easier.

This time, however, we had rented a car to drive from the North (Edinburgh) via York and the Cotswold to the South (London). Of course it was a British car with the steering wheel on the right and the stick shift on the left. Oh my, this was calling for trouble. Someone actually asked us why we hadn't rented an automatic car, but honestly, we are stick drivers through and through.

The motorway was easy to navigate, even while we were driving through one road construction after the other. 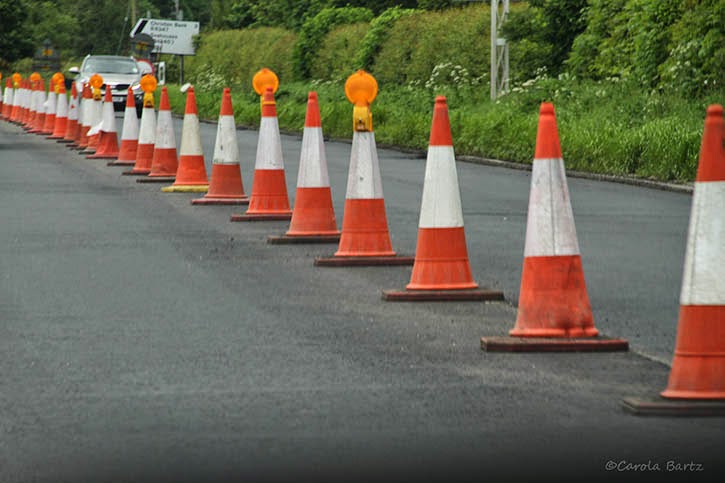 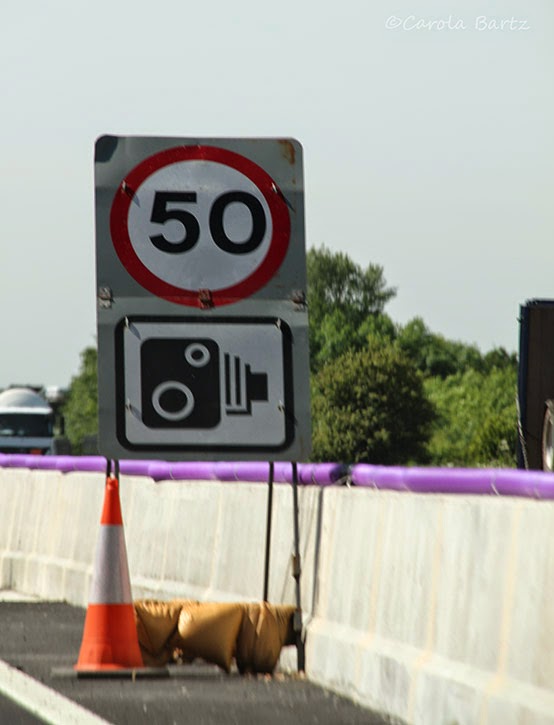 Roundabouts are extremely common in Britain, and once you know how to approach them, they aren't a big problem either. 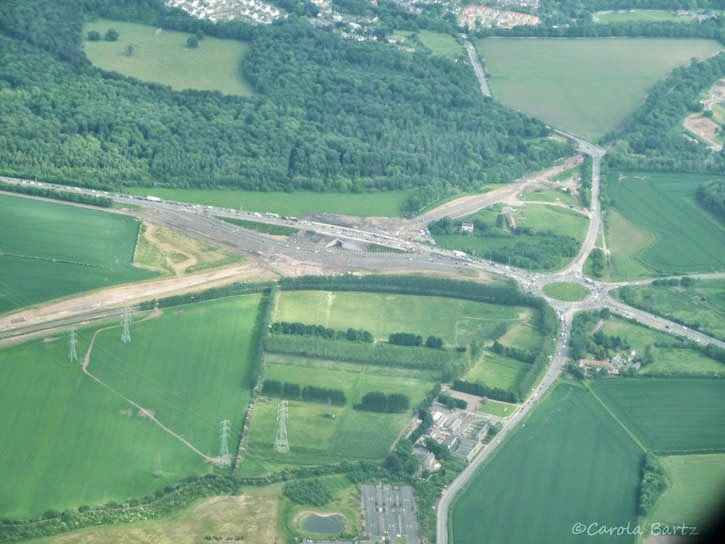 But the country lanes!!! Yes, they are lanes, you hardly can call them roads. They are narrow, often "framed" by hedges and walls... yeah, and they're often one lane "roads". 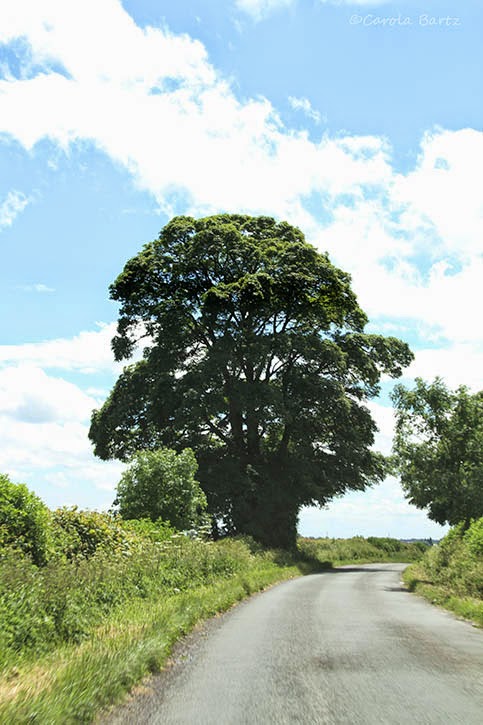 This is actually a broader road - two lanes. 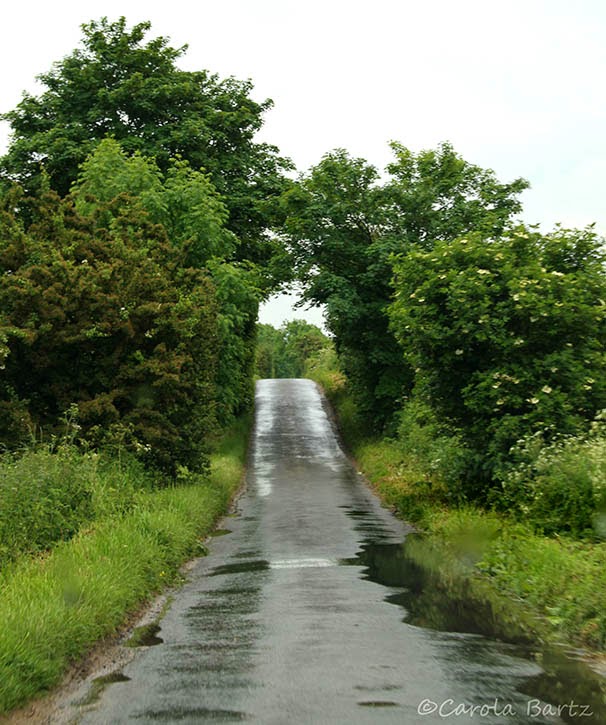 Who knows what's behind that "hill"

So, I drove along those country lanes - which you have to when traveling in the Cotswolds - with a beating heart and always, constantly on alert. There could be a tractor coming towards me right after that corner. Or a bus behind that hill. Who knows?

However, the Cotswold villages were the worst. How does this look to you: 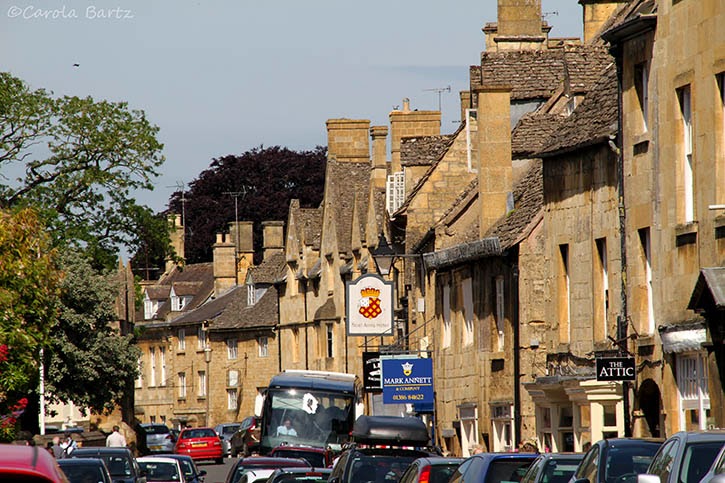 This is Chipping Campden, one of my favorite places in the Cotswolds. I was driving and I navigated along this road, the "High Street" - huh, a narrow road, with cars parked on both sides and somehow you have to get through there, and then there's a bus... where to go? You can't just disappear. And all of this on the wrong side...!!! Holy cow! 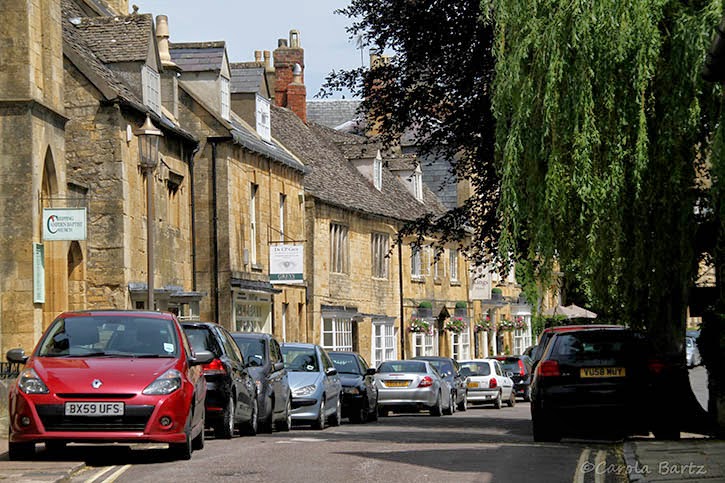 It was a small narrow street like this one where I finally had enough. Honestly, my back was wet from sweating, and this wasn't caused by a hot flash! I just stopped in the middle of the road, got out and said to the Geek that it is his turn now! I didn't feel able to do this anymore, even less finding a parking spot and do parallel parking with the steering wheel on the right side! Jeez!!

Funny though, I didn't even feel embarrassed. I should have! I am a good driver, and I managed to drive in England in my own car without any problem! I think I'm getting really old!!! Ugh!! 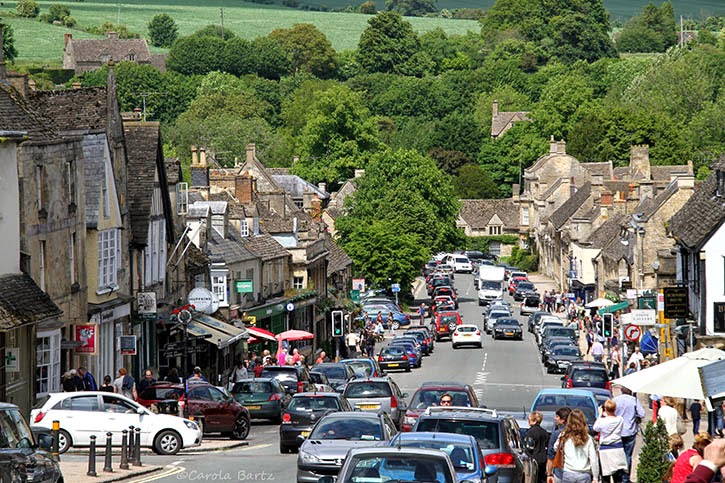 It sounds a very sensible move to me. Share the pain - and the beautiful scenery.

Welcome to England!! Please note, they are putting in new street lights everywhere where I live in Southern England, The New Forest Hampshire...on counry lanes as well as main roads... This is so you can see the pot holes in the roads a whole lot easier at night!!

I think, should I ever make it to any of those places, I shall have to hire a driver!

Lovely photos and I know what you mean about driving on the wrong side! Valerie

Lovely photos as usage. I didn't have problems riding in Australia and New-Zealand (didn't have a car in Japan), but crossing the streets were the hardest. Of course, I probably would panic big time with roundabouts but I guess eventually your brain gets used to it. (I bought an automatic car in November after driving 3 stick shift cars for 30 years. I don't care for automatics at all. I can't really explain what it is but my driving seems bland, no pep, no personality, almost like a robot).

LOL, I think I would tend to agree with you. It looks just wrong to me too.

I just realized I wrote usage instead of usual. I did re-read what I wrote twice. I seriously think my brain is playing tricks with me. Not funny at all and I will make sure never to drive while in England or other left side driving countries.

I live in England and know where I am comfortable to drive or not...

When we get to these narrow situations I quite often stop the car and ask Mr C to take over ;-)

Although down narrow country (one track) lanes I think I am a much safer driver ;-)

I cannot imagine driving on the "wrong side" of the road. My daughter is visiting England now, so hopefully the locals she's staying with are driving her around. I'd be so nervous if I thought she was renting a car and driving herself!

Those lanes are beautiful, but again, I'd be a little fearful of driving on them--right or wrong side! lol

Parallel parking while driving with a steering wheel on the right? Just thinking about attempting that makes me bust out in laughter. I'd tie up traffic for miles.

You are an amazing driver! I could't have done this!

We do not drive in countries with left orientation after a bad experience in Wales . . . When we went to chipping Campden we took a train and hired car to get around to our hiking spots