The Bridge Spanning the Firth of Forth 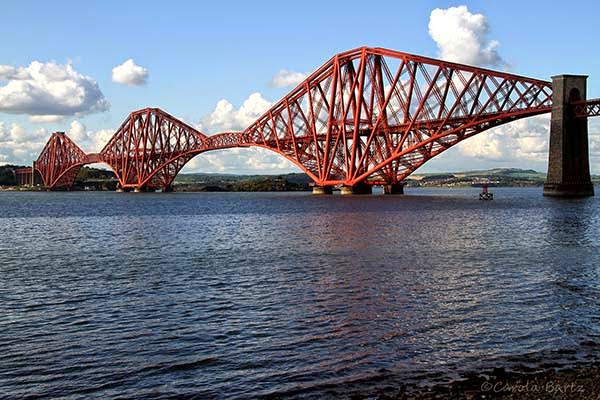 The Firth of Forth is located west of Edinburgh, and there are two bridges that span it - one is the modern motorway bridge and the other is the beautiful railway bridge. It's the second one that we wanted to see, and we went to South Queensferry, from where you have great views of the bridge, right after we had landed at Edinburgh Airport. It was a lovely, sunny day, and we thought it was a good idea to take advantage of the beautiful weather. Good thing we did, because it was raining the following day! 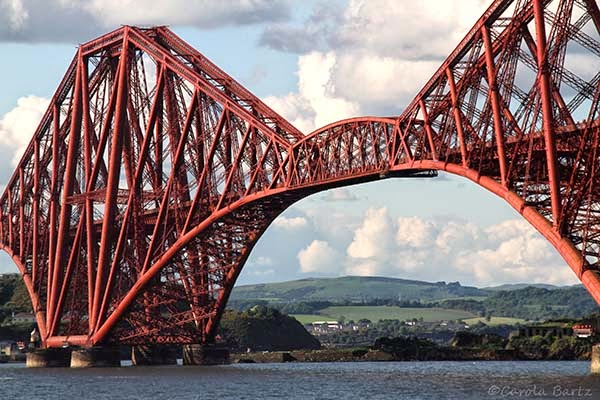 This cantilever railway bridge opened in 1890 and spans a total length of approx. 2.5 km (1.6 miles). It was the first major construction in Britain made of steel (the Golden Gate Bridge is made of steel as well). It has a similar color as the Golden Gate Bridge, however, I could not find out what the color is called (the Golden Gate's color is "International Orange"), but that painting the bridge is more or less a permanent maintenance job. During the last painting which was completed in December 2011, 230,000 m² (275,078 yd²) paint was used. 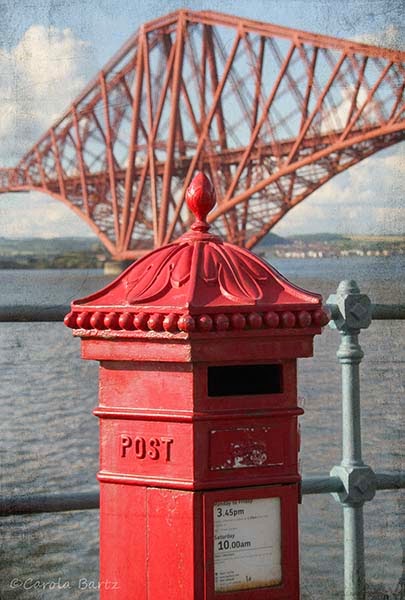 It's an impressive bridge! While we were there, we saw several trains going over the bridge. Approx. 200 trains run across the bridge every day. It is quite busy!!! 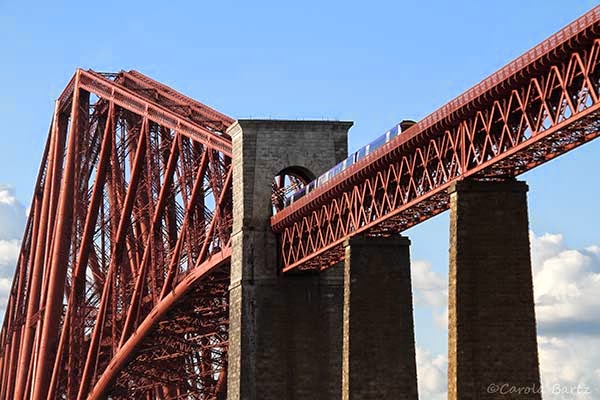 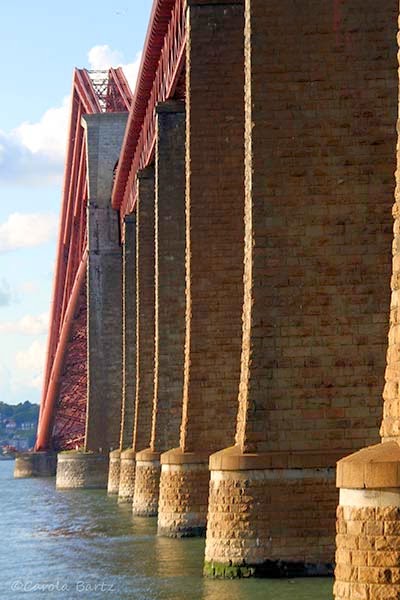 I am not sure that you can really sleep well in these cottages under the bridge! I don't think I would rent a room in this inn. I would drink my pint there, though! 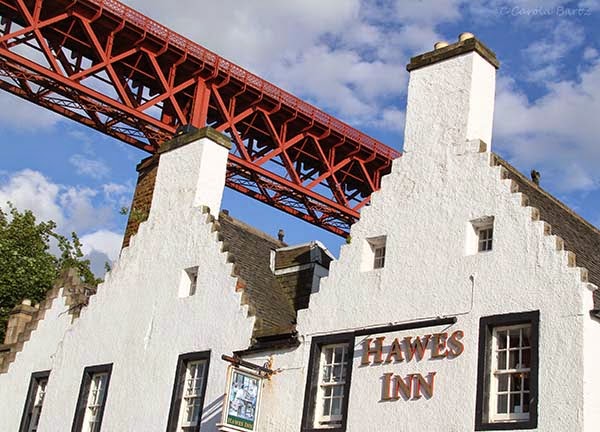 The bridge is a great backdrop for portrait photography. I am practicing portraiture pretty often these days since I want to take Kaefer's senior picture next summer myself and not hire a photographer. 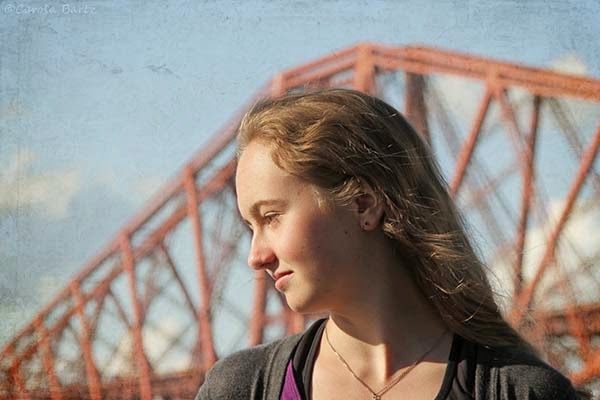 I'm linking to Texture Tuesday for the free and easy edition.

Photo cards of another famous bridge, the Golden Gate Bridge,
are available in my Etsy shop. 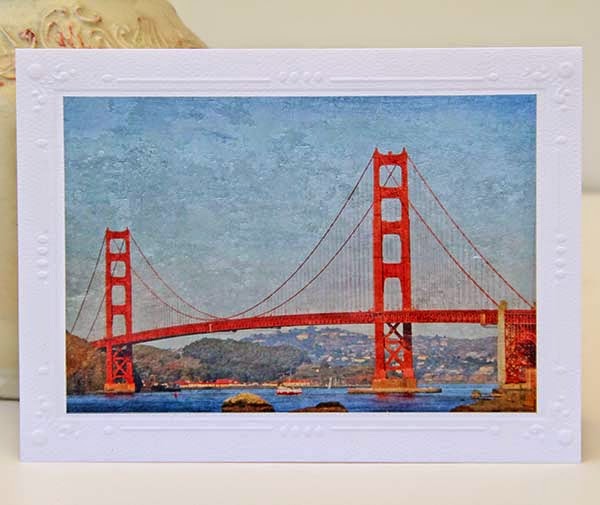 Stunning bridge - and I believe that painting our Sydney Harbour Bridge is a perpetual job as well.
Love the portrait of your beautiful girl too.

I love bridges and this one is a beauty! Well captured!

LOVE that bridge, and the story! My home town in Iowa, (USA) has a similar bridge with many, many trains crossing daily. The hotel across the street handles the noise pretty well, even at night. Your portrait is so lovely!!

This is a great place for portraiture. What a fantastic portrait you have already created!!

Wow this is a beautiful bridge.

Gorgeous bridge. OMGOSH, can you imagine constructing that? The portrait is stunning! x

What a beautiful structure! And I sure would love to be the paint supplier for it. :) I think you are well on your way to great portraiture.

What a great-looking bridge. Wonderful series.

Love those first two and the pillars.
I'm sure you'll do a great job on the senior portraits.
Rinda

What an interesting bridge. I've often read the words Firth of Forth in books and for some reason get a kick out of saying them. Now I will have an image to go with it.

Amazing photos! Love the bridge ;o) The last photo of your daughter is so beautiful ;o) Big Hugs ;o)