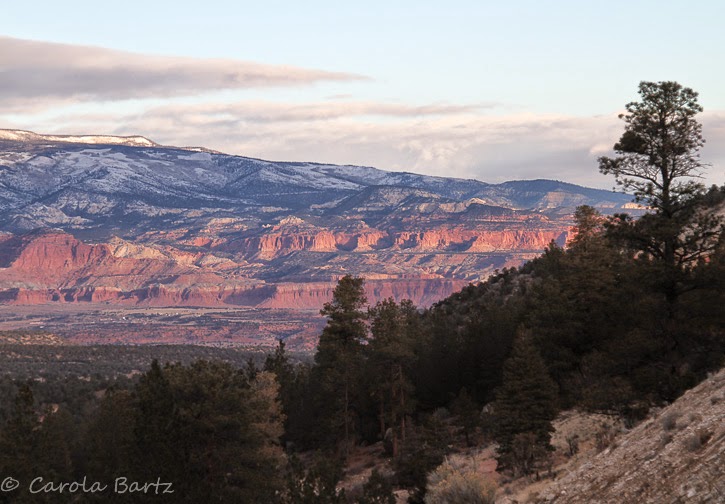 Whenever we are in Utah and visiting those wonderful National Parks like Arches, Bryce Canyon, Capitol Reef, Canyonlands and Zion we love to drive along Highway 12 that connects Capitol Reef (photo above) and Bryce Canyon. It is one of the most scenic highways I know, not very busy (at least not in winter when it is often covered with snow) and fittingly called a "scenic byway". It goes without saying that we drove along it when we were in Utah over winter break.

We had spent the day before in Capitol Reef, stayed in a hotel close by and left quite early in the morning. It was very cold (13 F), and there was almost no one else on the road. The winter morning we experienced here was fantastic. 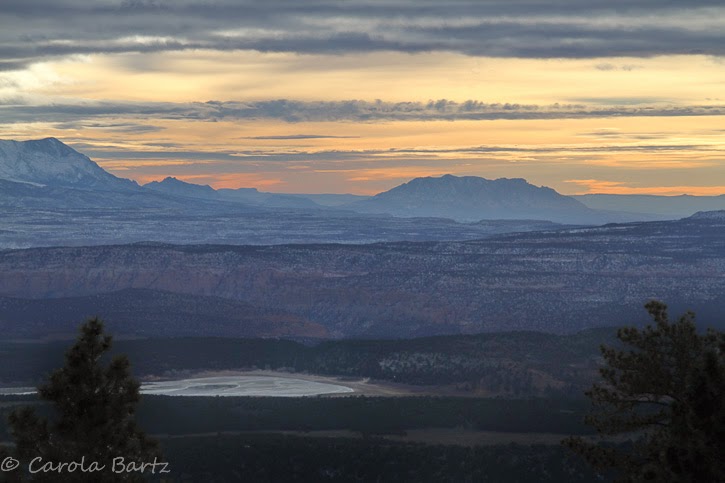 The sun had just risen, but many clouds blocked its light down to planet Earth. The light, though, was interesting and gave the morning a certain magic. 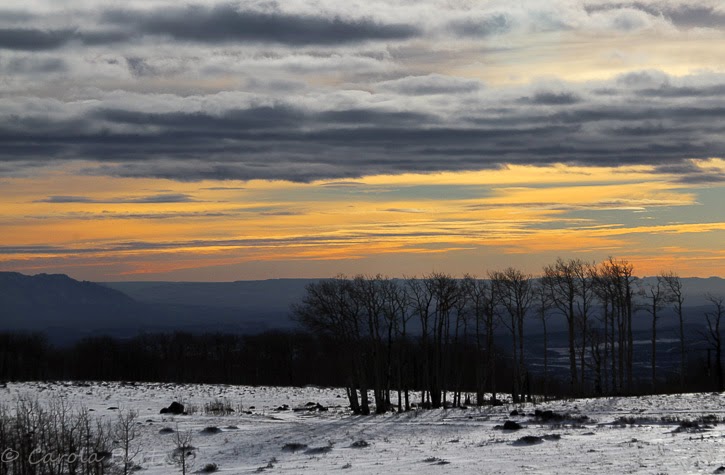 We saw foot prints in the snow, left by the wildlife who crossed here during the night. 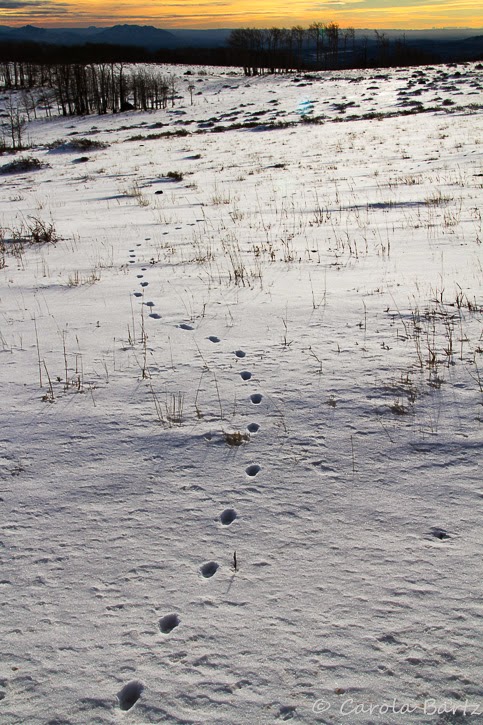 Where is the fence, you ask? Look no further. 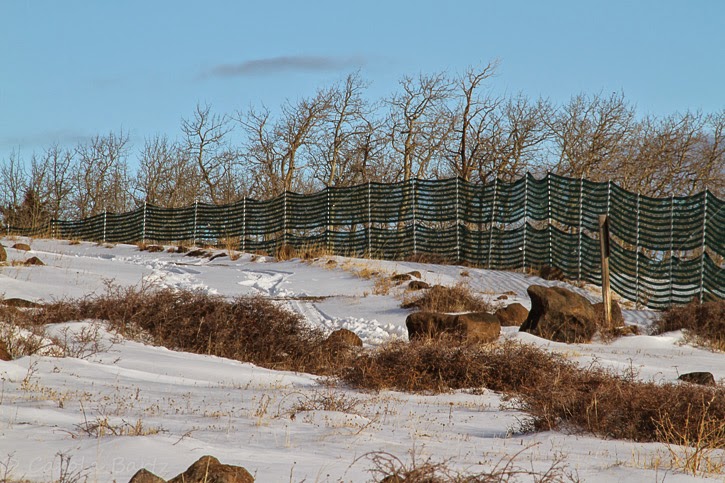 Not a permanent fence, though. It's only here as long as the snow is. 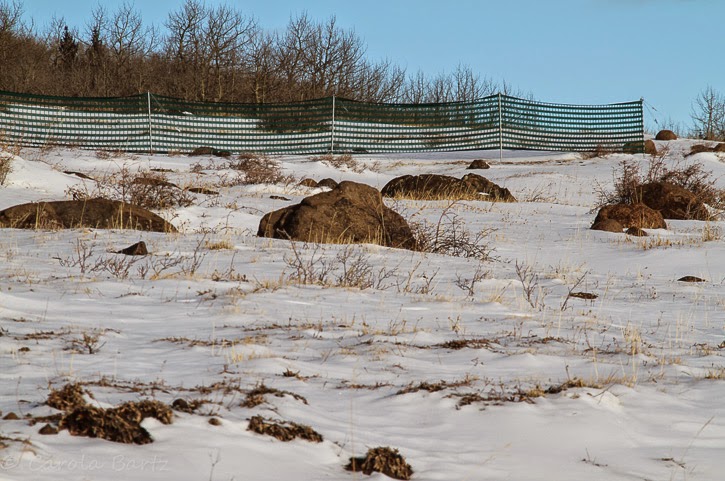 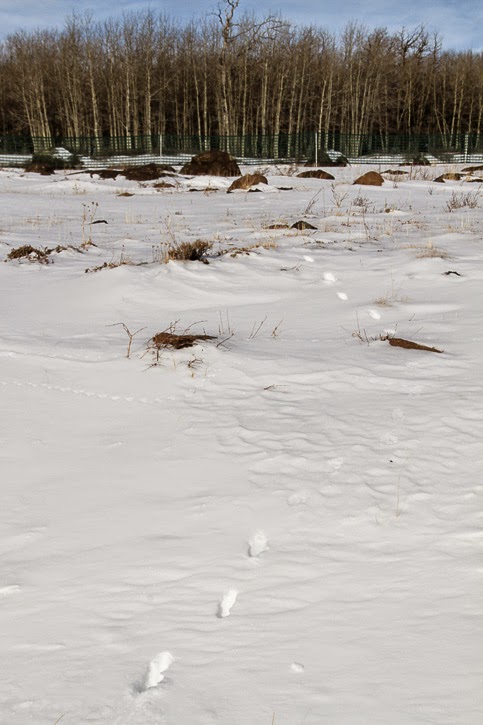 I'm linking up to Theresa's "Good Fences" - it's always a pleasure to be in the company of other fence lovers.

*********
Valentine's Day is next week.
Send or give a Valentine's card to the special person in your life.
Check out my Etsy store for a variety of cards. 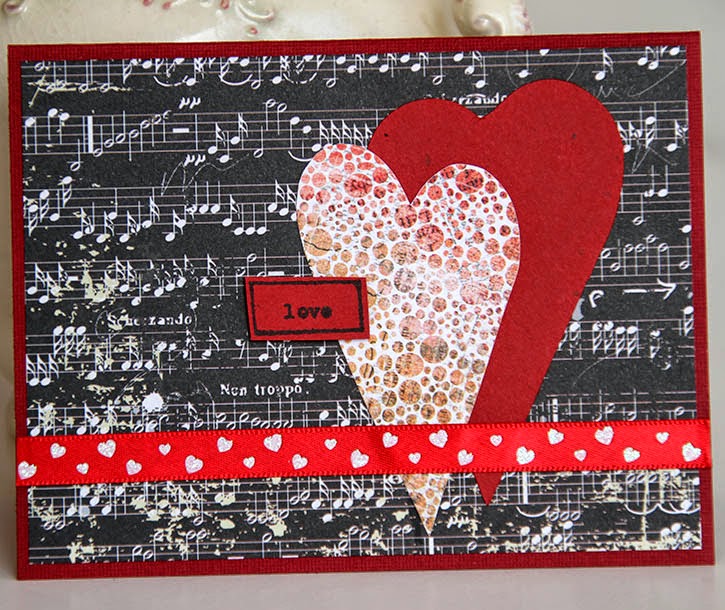 this is a beautiful place and I love your third shot! The lighting is simply perfect!

really pretty light in these!!!

Utah is a beautiful state. I loved Bryce, Canyonlands and Zion.. Your photos are lovely especially the sky shots.. Have a happy day!

A most beautiful winter adventure following along, and yes, it does appear much like what we have around here, a snow fence!

gorgeous views! that's a neat snow fence - the ones i used to see in wisconsin were wooden slats. :)

Wow! That is a fantastic view! Thanks for sharing the lovely scenes with us!

Oh, Carola ... I could learn to love winter in a place like this. These are just wonderful shots and I can even see the cold. We have snow fences too but ours are orange ... can't miss them, which I think is the point, because we have a lot of crazy snowmobile people out flying across the fields ... wouldn't want to hit a snow fence at high speeds :) Love this post, Carola ...

Andrea @ From The Sol

Loved your photos...those pictures of the sky are gorgeous. Wonder what the animal tracks are from, maybe a deer?

P.S. Utah is pretty. I always love your pics.
~

Stunning views indeed.
Yep it does look as if that snow fence will be there a while. Nice shots.

How very, very beautiful. That light is exceptional. There is something about winter light isn't there? Particularly early in the day.

gorgeous winter scenery in the desert. a cool snow fence too.

Carola - The delicate shades of color in the early morning pics ... just wonderful! So cool to get a snow fence in for Good Fences. Really enjoying your blog! John

Well, I know where all our snow went - to southern Utah.

Wow - those panoramas are beautiful.
Rinda

The photos are gorgeous! Sweet Valentine's Day card too.

How pleasant to enjoy this scenery with so few other people around!