This Squirrel is Ready to Kill 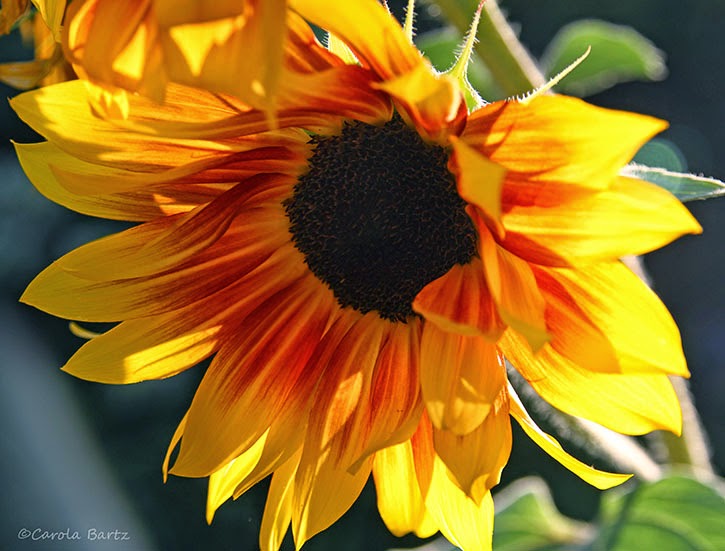 They look so innocent, don't they? So cute, with their big eyes and those sweet little faces. They are so funny and entertaining to watch when they chase each other up and down the trees. 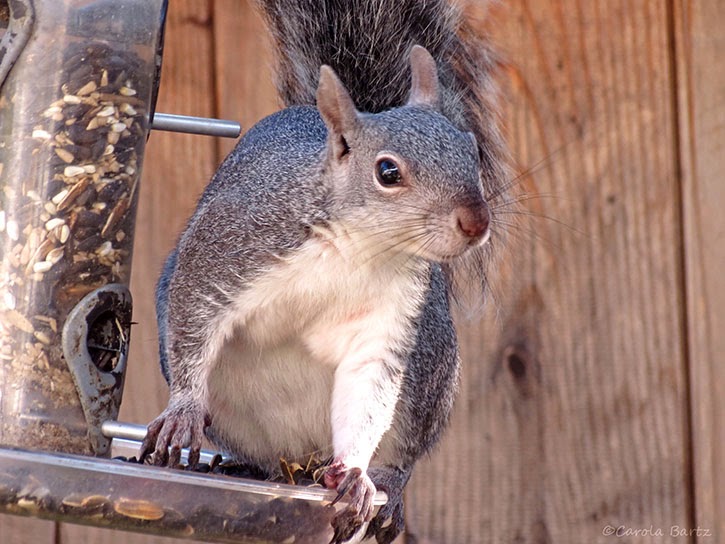 They are smart - too smart sometimes. Especially when they are looking for food. The bird feeders are no problem for them - they eat upside down if it has to be, no matter how uncomfortable that might be. And if they fall down, they simply get up again.

And when the bird feeders are empty? The squirrel is still hungry. So what does the smart squirrel do? S/he looks for other food sources. 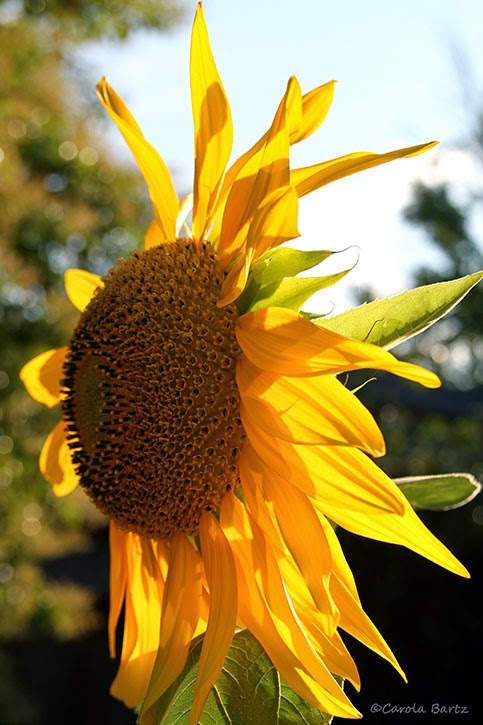 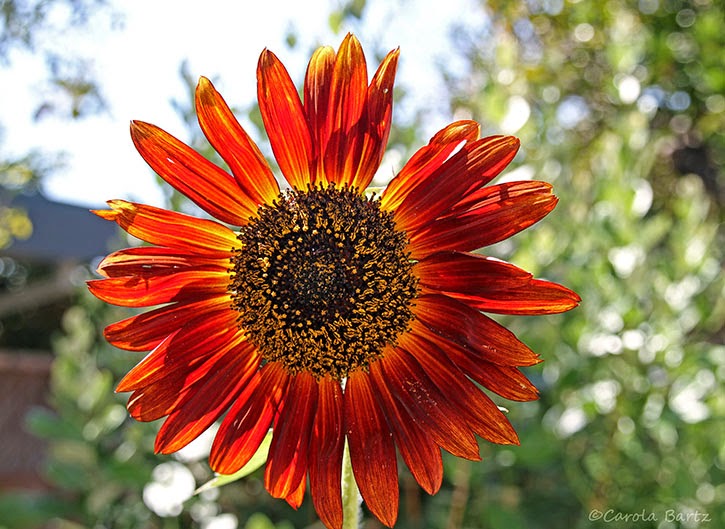 So did the squirrels.

There wasn't a single sunflower that wasn't "killed" by the squirrels. When I saw the first "victimized" sunflower - or what was left of it - lying on the ground, I had no idea what had happened and I actually thought it was the skunks or the raccoons that frequent our garden almost every night. But then I saw a squirrel sitting at the base of a huge sunflower, looking up at the flower head and quickly racing up the stem, putting the plant to the ground - and taking off with the flower head. This happened within seconds.

I was speechless. Those flower heads were huge! Squirrels - not so much.

It was a quick and daring kill. As mad as I was, I also admired those little fearless beasts for their courage. I suspect that in this drought they are probably desperate for food.

The next thing I did was taking my camera and taking pictures of the remaining sunflowers before they became victims of my "sweet little innocent looking" friends. None of the sunflowers has survived. And if there were a few left because the squirrels were going for the biggest flower heads, I took them inside and put them in a vase. 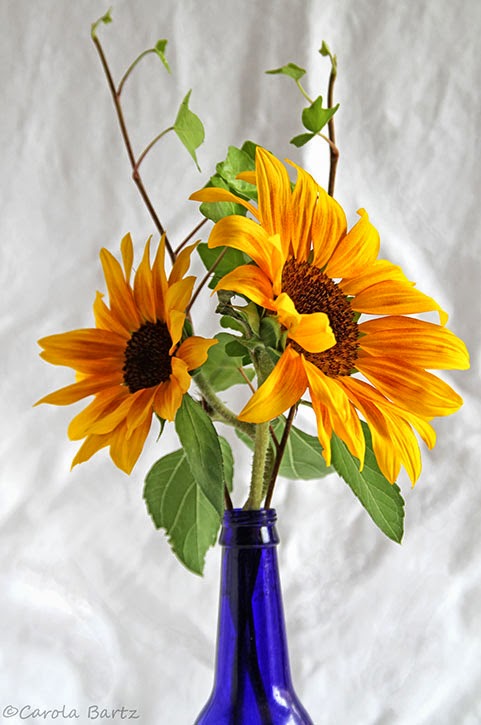 We tried to grow sunflowers several years running. For their beauty and because the cockatoos love them. The cockatoos are impatient birds though, and shredded the flowers before they could set seed. No sunflowers. And we went back to buying seed for the greedy blighters.

I'm sorry they ate your sunflowers but my you do have to admire them don't you.

Such a shame about your pretty sunflowers; they look so full of sunlight in your lovely photos! What are you going to do next year, now that you are on to these critters?!!

I watched the same thing this year, Carola! Wondered what naughty dogs had knocked down my beautiful sunflower stalks and then watched one morning as a squirrel climbed all the way to the flower end, bending it to ground, and when it snapped, he went to town on the seeds.
Scruffy little buggers:/
I'd much rather share with the goldfinches.
Thanks for sharing the beauty of your blossoms,
Jennifer

Beautiful photos of the "victimized" sunflowers. Squirrels can be beasts. I had lots of columbine blooms this year and was looking forward to spreading the seeds in their pods this fall. Alas, the squirrels beat me to it...

Oh my gosh, Carola, your sunflower photos are GORGEOUS! That's a shame that the squirrels got to them. Makes me glad we don't have squirrels here! The birds (doves and finches) will eat the seeds once the flower expires, but they haven't managed to ruin any of the pretty blooms.

Nice posting.
Love the bright colours and the composition you made.