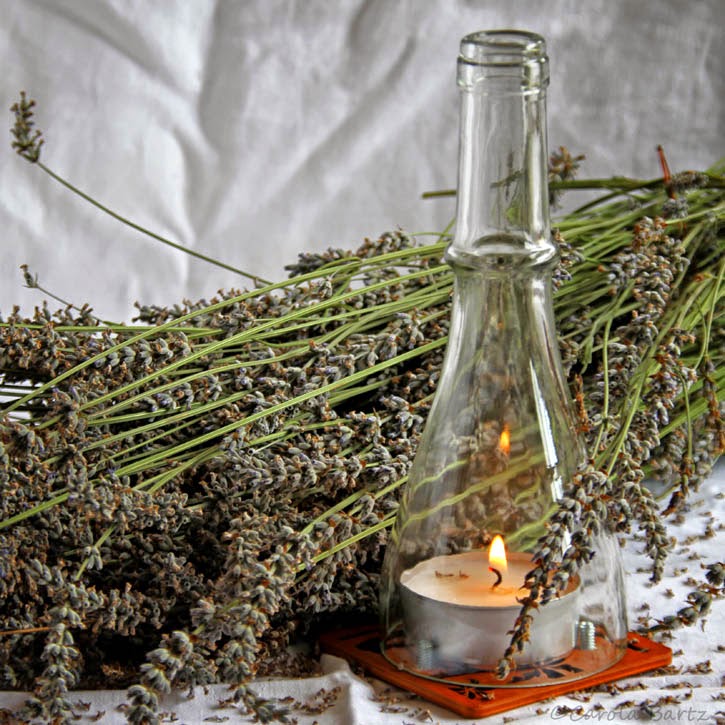 This is the first time that I am joining in Kim Klassen's Friday Finds. I have often thought about it - so what's holding me back?

These pictures are from earlier this summer, but I just found them again. My neighbor from across the street has so much lavender in her garden that she doesn't know what to do with it all. I told her that I love lavender no matter in what state it is. So she brought me a huge bunch - so much that I could fill several vases and container with it. The entire house was filled with lavender scent - just beautiful. I took these pictures when I was "sorting" the lavender, and I liked how it looked when it was lying on the table. I put this beautiful light that a friend of mine made out of a wine bottle, a coaster he brought from Hawaii and a big tea light next to the lavender and it immediately got this special mood - peaceful, calm, beautiful. No question - I had to take several photos.

While arranging the lavender I lost many parts of the tiny flowers, so I scooped them up and put them in an old bowl where they still spread their irresistible fragrance. 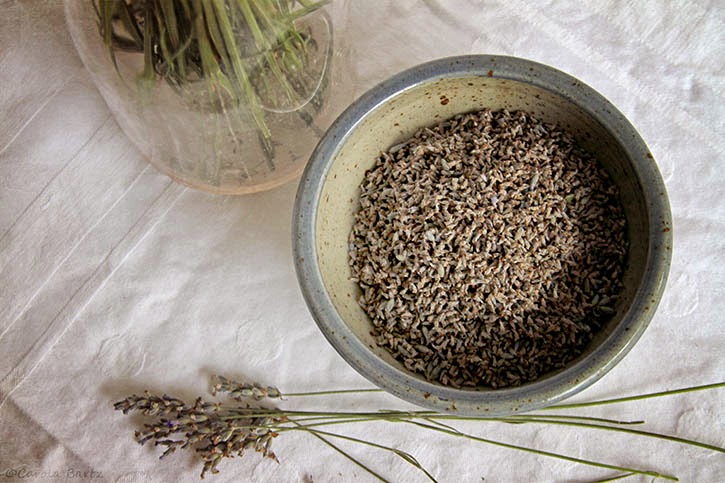 There are new mini journals available in my Etsy shop.
I have been busy making these. 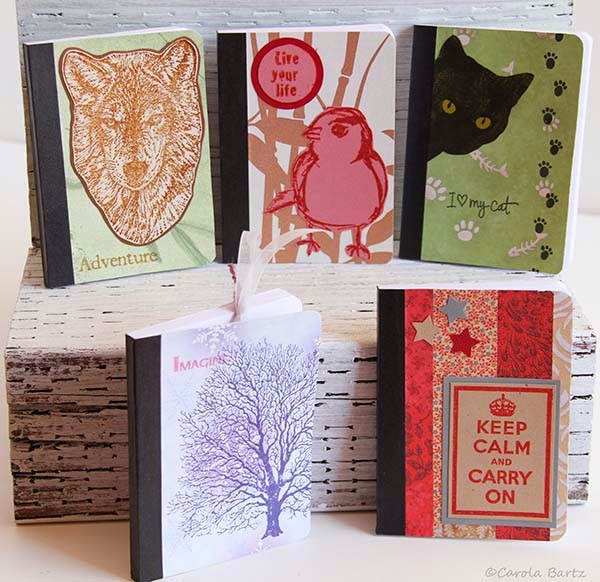 I have been thinking about joining in too! I did sign up for her on-line class coming up in a week or so on still photography...should be excellent! Love your captures. Oh how I love lavender and your photography shows exactly what you said...peaceful...calm...and beautiful! Nice job!

Viv@Thoughts from the Desktop said...

Mmmm I can smell the lavender gorgeous, visiting from Friday Finds...

My lavender didn't really give much this tear. The scent is awesome. Beautiful photo. You should make prints of it. Have a great day.

Wonderful! Your photographs are amazing and I can almost smell the lavender...

Both are lovely photos...but I'm in love with the 2nd! Gorgeous!

Welcome to Friday Finds! So lovely to have you join in the fun. I love all the lavender plantings I have around my house, but never think to photograph them until it is too late.

the lavender and tea light is really pretty!

So beautiful ... you are so blessed to have that neighbor.

Lavender is one of my favorite flowers and smells. The wine bottle tea light is wonderful,I now have a new project for my husband. :)Have a great weekend!

Welcome - a super fun groups where you will meet lots of new friends - I have been a kim groupie for years.....met my best friend (lives just down the street from me) on-line in Kim's class!!!! : ) and her classes are wonderful!

and forgot to say your photos are beautiful : )

I love that first shot of the lavender and the candle under glass!
Thank you for visiting my place and leaving a friendly comment! I live in Switzerland, but I'm British! I have learnt to appreciate the beautiful scenery in my adoptive country!
I love your mini journals!

Thank you for your visit to LavenderBleu...I adore lavender and would love to have this much to photograph and smell. It must be heavenly inside your home now..how sweet of your neighbor to share. This spring I planted a new one and waiting for next year to have blooms. Love your photos!! Happy to have you joining in the Friday Finds.

oooo I can almost smell your lovely lavender photos from here in Virginia ;-)
It is wonderful how the slightest pinch of the buds releases the fragrant oils to enjoy again and again...
definitely one of my favorite plants and scents!
oxo

How wonderful to have such a friendly neighbor ! I love lavender and tried to grow it in a pot in our yard, several times, and it always died. I don’t think our climate is good for its growth, too humid. Your house must smell so good – what a treat to have such fragrance. I can almost smell your pictures…

We have a little bit of lavender but not enough to have armfuls of it. I've realised what I need to plant now in that flower bed that's too hot and dry for most plants....

Carola, your shop is wonderful!
I so enjoyed strolling through....never realized.
Thanks for sharing,
Jennifer

The lavender is lovely...I love the smell...so glad you posted to Friday Finds...I don't do it every week but I try...so much going on...your post is lovely and I'll look for you again..
Thank you so much for stopping by my blog...your comment was lovely and so appreciate...

Lovely pictures. You were right to take them. And show them.

It’s time to cut back lavender here too; I must get out into the garden and collect lot of it. I shall probably do what you did and put the dried blooms into bowls.

I love lavender! How special!
The picture is fantastic! That light made out of the wine bottle is very cool!
Big Hugs ;o)

Lucky you to receive so much lavender from a neighbor. I'm quite taken with that candle holder. So interesting.

I love lavender and your journals are beautiful! I'll look in your shop my friend! Hugs, Diane

I love the lavender tree...I put it in my Etsy favs!

Great to see you here! and what cute little mini journals these are. love that lavendar

I can almost smell the lavender! Gorgeous photos! Have you ever tried lavender cake or lavender scones? there is a wonderful herb garden in Derbyshire where the tea shop serves both - delicious!