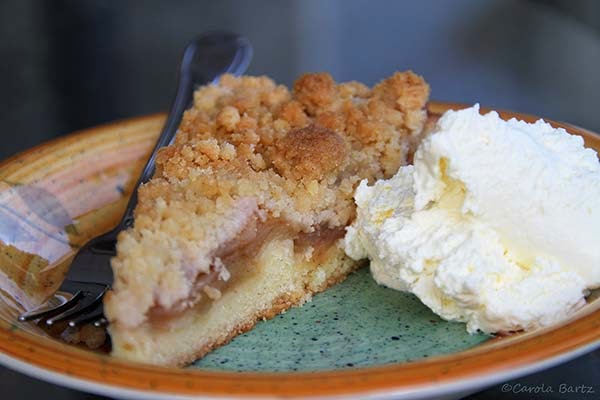 It was the Geek's birthday at the beginning of the month. When I asked him what kind of cake he wants he said "a real German Apfelstreuselkuchen" (apple crumble pie). So I baked one for him.

When I posted the top picture on my Facebook page I received quite some requests for the recipe. Since I thought that some of you might like to try it as well, I translated it - however, it is still in metric.

for the filling:
5 big apples (I used Honeycrisp and just took as many as I needed to cover the dough)
juice of half a lemon
2 tbsp brown raw sugar
½ tsp cinnamon

Preheat oven to 400°F. Grease a springform and sprinkle with bread crumbs. Knead a dough using the first seven ingredients. Spread it in the springform, leaving a small edge at the sides. 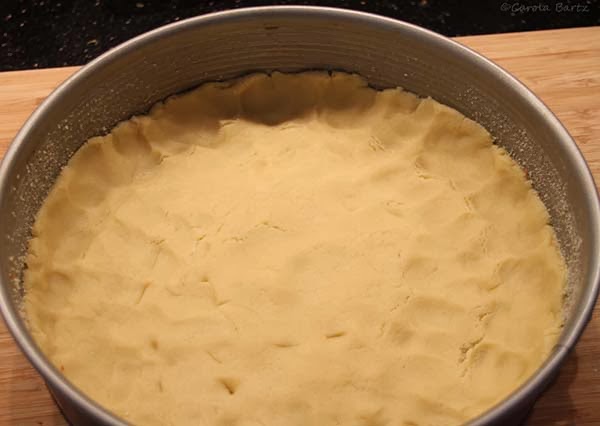 Peel the apples, remove core and cut in slices. Mix with lemon juice, sugar and cinnamon. 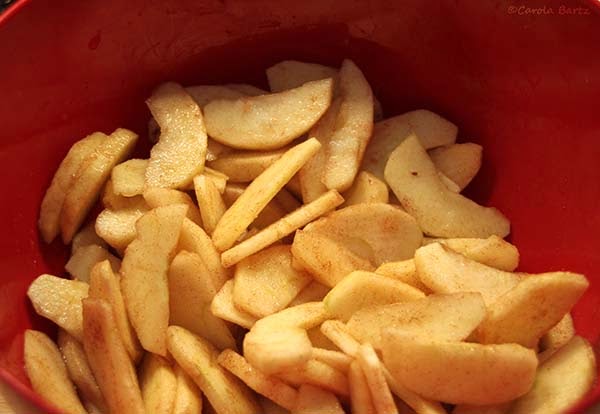 Spread the apple slices narrowly on top of the dough (sorry, I forgot to take a picture of this)

Knead the streusel/crumbs using the melted, cooled down butter, flour, sugar and cinnamon, and spread them on top of the apples. 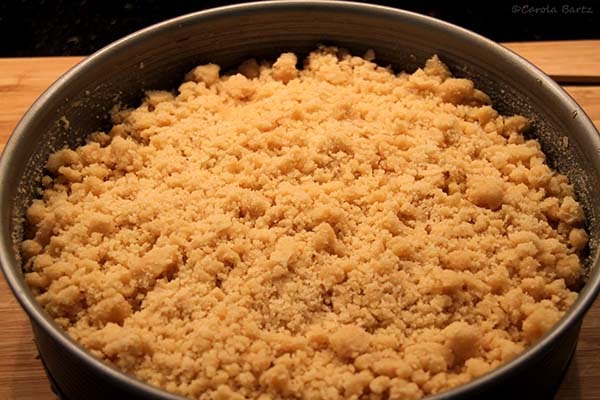 And then - enjoy it! Either warm with vanilla ice cream or - as we did - cool with real whipping cream (not the stuff out of the spray bottle). 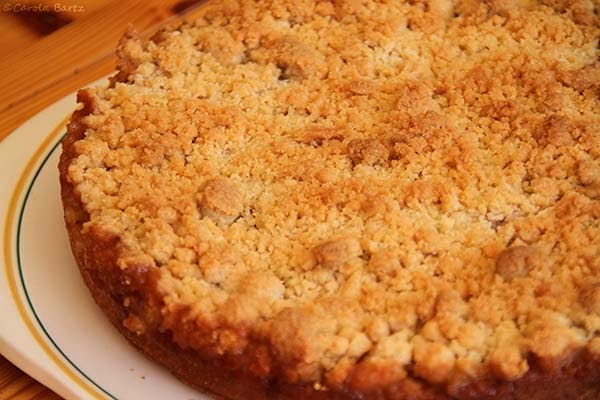 As our Apple tree is producing some very large fruit this year I am definitely going to have a go at this! Thanks for the recipe Carola!

Yummo. And similar to a recipe I grew up with. Thank you.

We like apple streusel and theanks for the recipe, Carola!

I'm going to save this recipe. It makes my mouth water. Thank you thank you!
K

Well, I'm not quite that ambitious.... bit I certainly enjoy seeing how you have put this together and wish I could have a big forkful with ice cream!!

Hi Carola,
My husband is also very fond of apple cakes - yours look so delicious! Thank you for sharing the recipe ... I might bake it tomorrow :)
Enjoy the weekend,
Nina

I'm going to have to try this recipe, it looks so good.