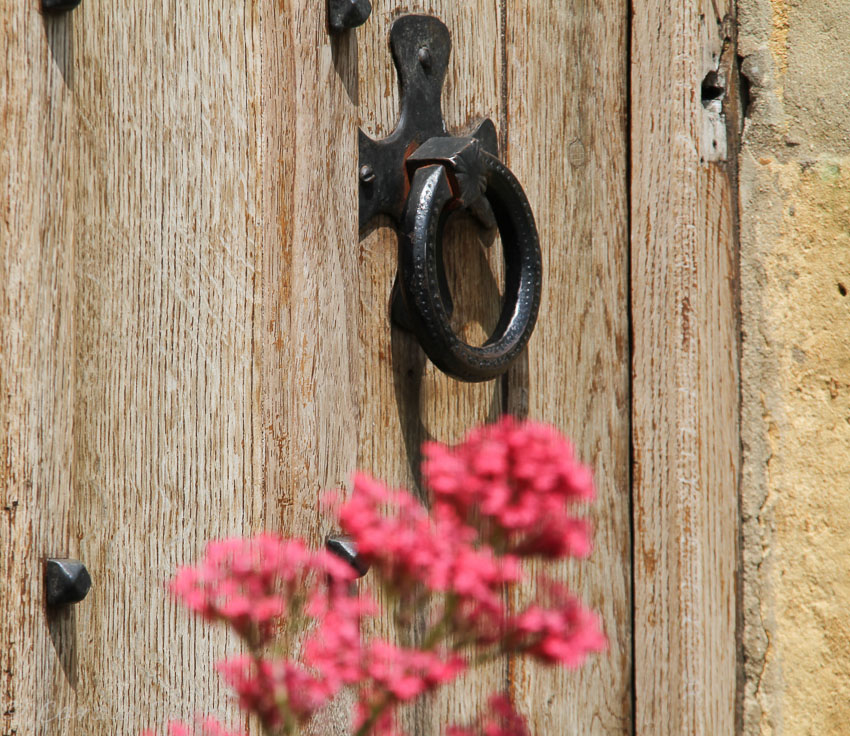 The picturesque villages and small towns in England's beautiful Cotswold Hills have a lot to offer for photographers. One of the places I went to often during my frequent visits to the Cotswolds is Chipping Campden. It was a rather sleepy village in the 70's when I walked along its sidewalks for the first time. When I returned in the late 80's and early as well as late 90's it wasn't as sleepy anymore but still a pleasant place where you could easily spend several hours wandering the streets and stopping in the afternoon for cream tea served in a gorgeous garden. However, when I brought my family to Chipping Campden in 2014 it had turned into a crowded and bustling tourist destination. 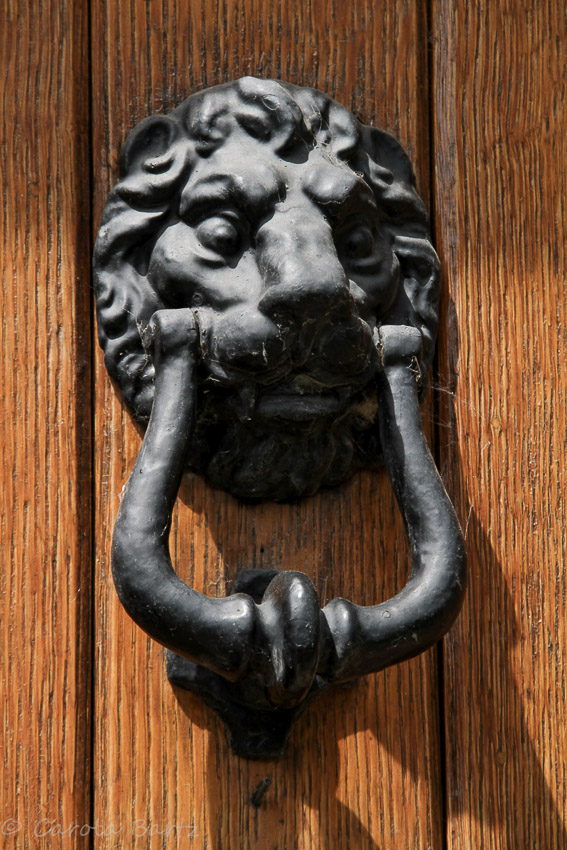 Still, we could take our time and take lots of photos. Since I had been there so often I skipped the usual sights and concentrated on other objects - like doors and windows. I noticed all the gorgeous and sometimes unusual knobs and knockers on many doors - some of them embellished and quite ornate, its own little piece of art. 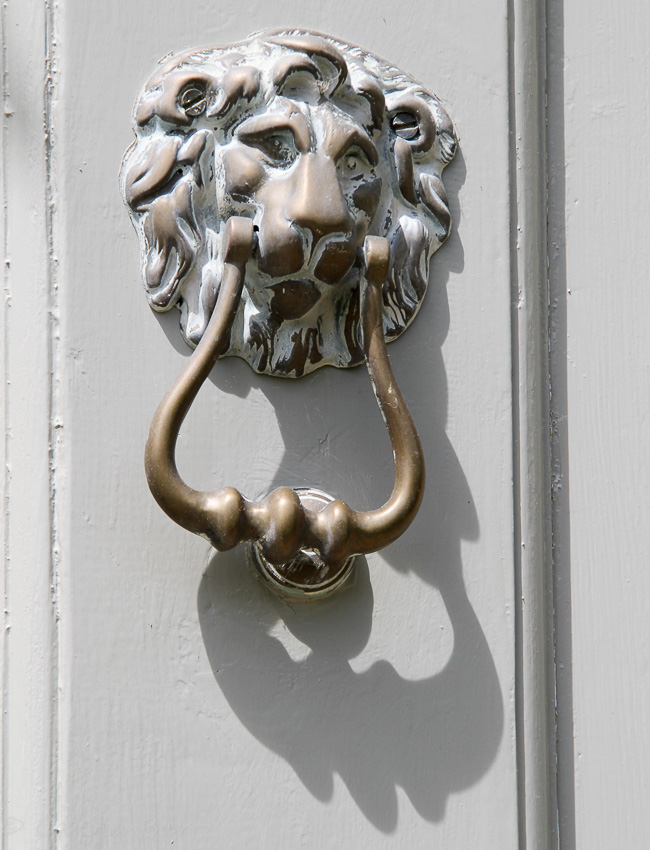 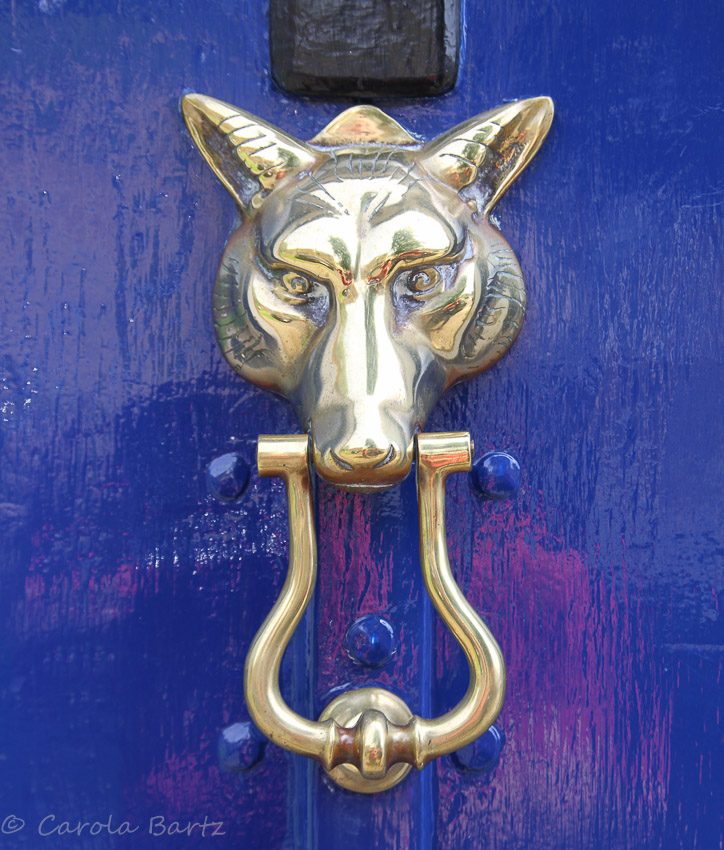 The Dragon House's door knocker featured a dragon, of course - quite appropriate. 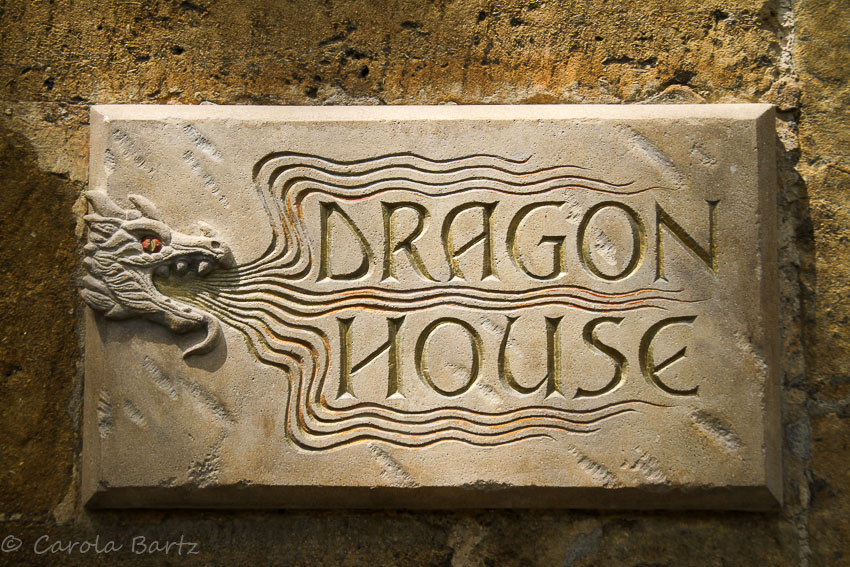 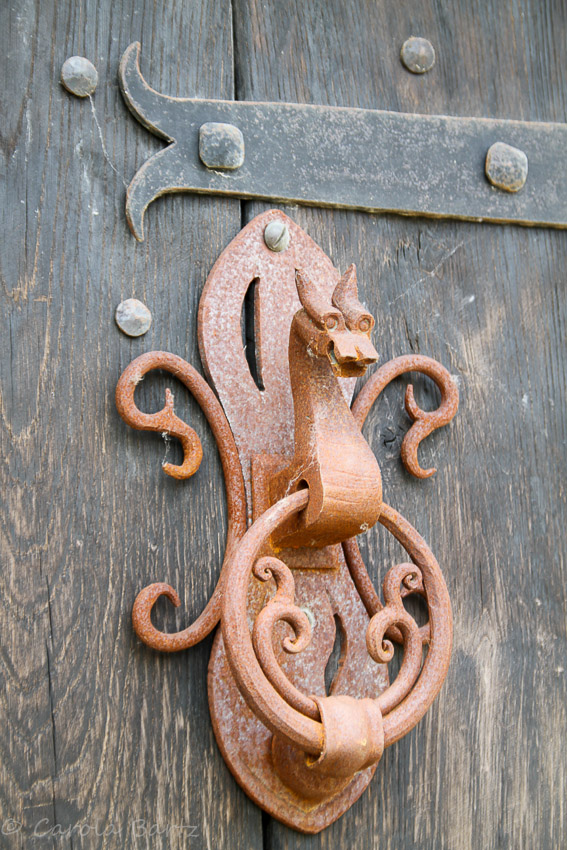 Others were more subtle but just as beautiful. 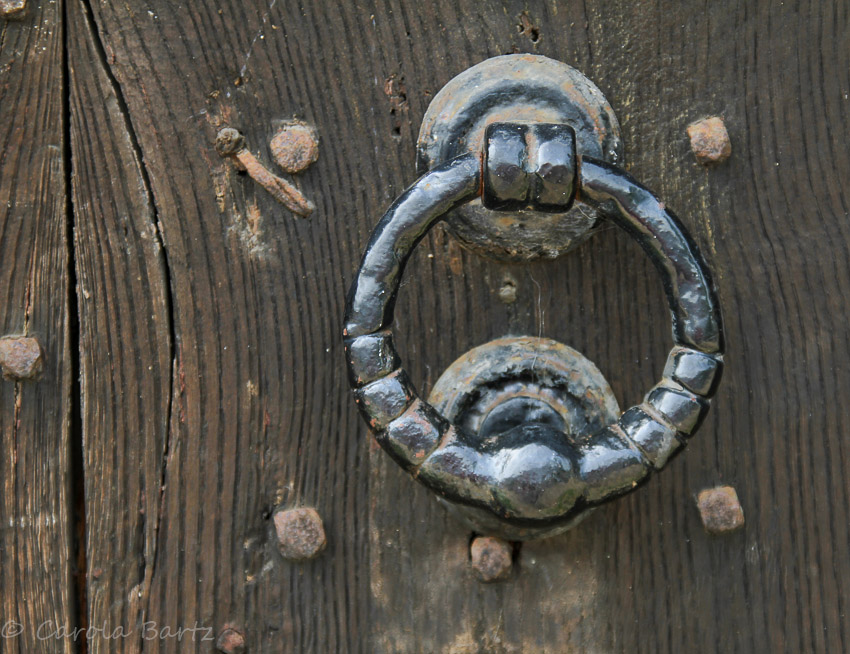 I really liked this one - elegant but not showy. Quite fitting for British understatement. 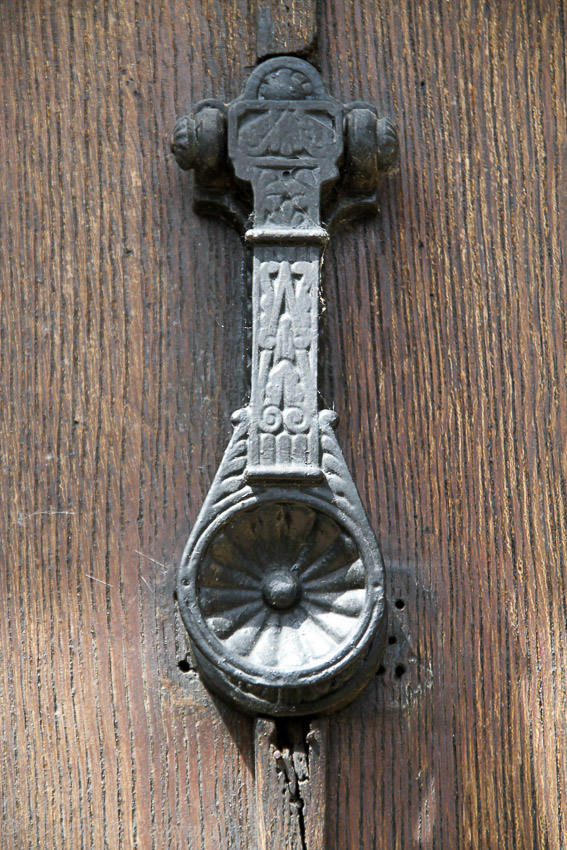 And it's always good to know where to put the letters. 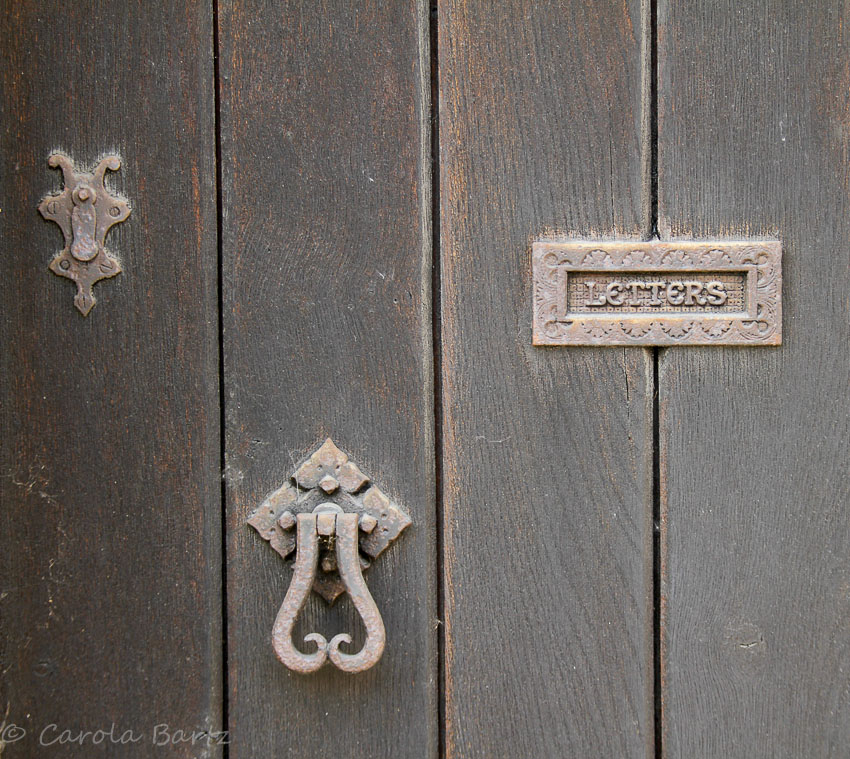 I did love looking through this collection Carola. Favourite is the dragon, but they're all full of charm :D)

I have visited The Cotswolds several times and I have to say I found it a very beautiful area indeed. If ever I get a chance to return I will be happy to do so.

The knockers are so charming. I love the unexpected wolf and dragon. The letter slot is so sweet. Our last house was built in 1900 and still had its original door. It was drafty but I could not part with it due to the letter slot!

The Cotswolds is such a very nice and picturesque area.
I did enjoy seeing all of these different designs.

I loved the Cotswolds and soon will be posting about it. Those knockers are really handsome. It's such a wonderful area!

What a nice collection!

You _are_ on Blogger! I don't know why I had trouble, the last time. But I will certainly try again, as I am now doing. :-)

I simply love the names of so many English countryside villages. Just love them!

So sad, that this quiet little place, has become overrun with tourists though. Although many locals probably make a lot of money, with the tourist trade. And many other locals, the older ones, probably are horrified with the change. :-)

This is a delightful post topic! Door knockers. Where they are still plentiful, and pieces of art.

They are all pretty, but the first one totally sucked me in as an overall image.

I love this collection! They are all so amazing!!! Big Hugs!

Beautiful photos! Love all the door knockers and especially the dragon.