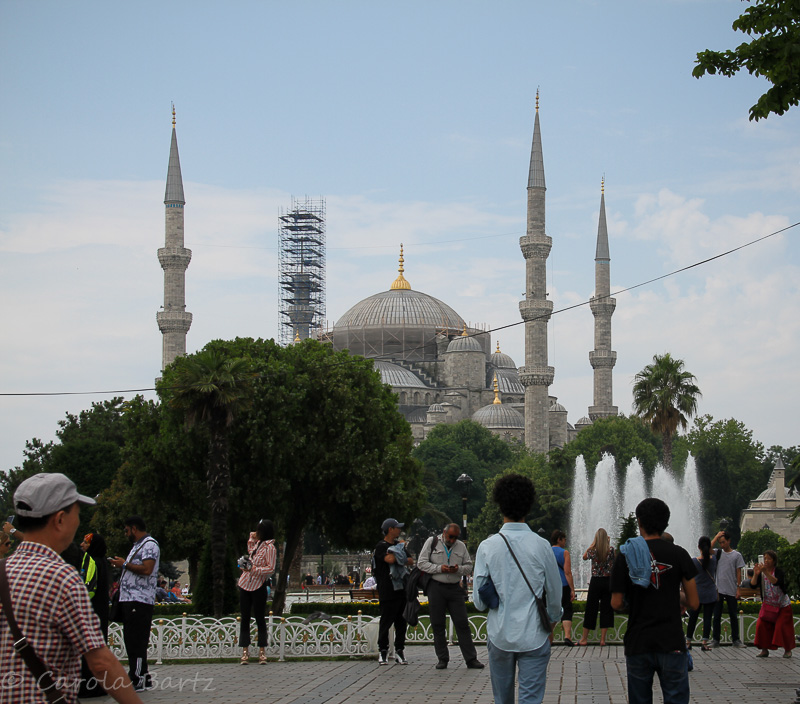 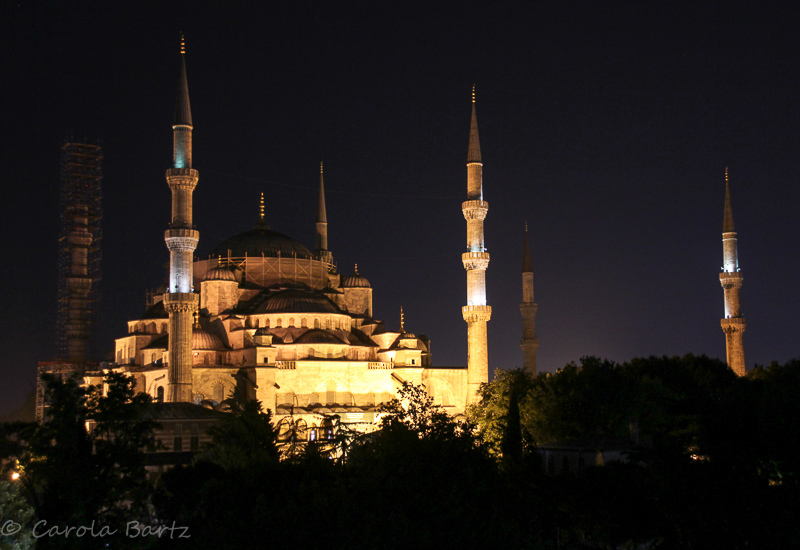 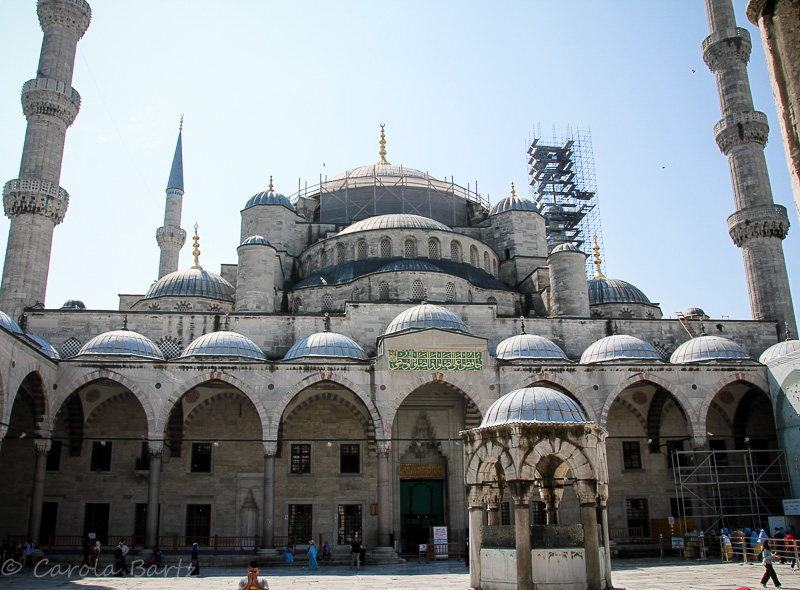 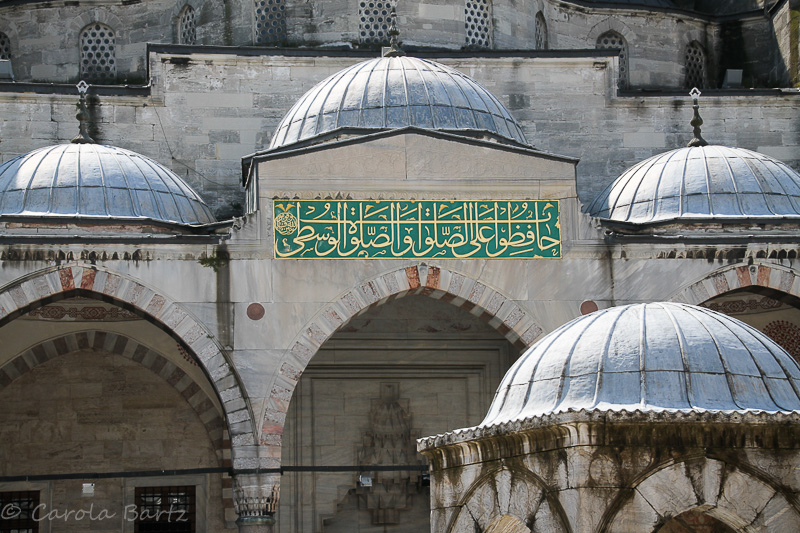 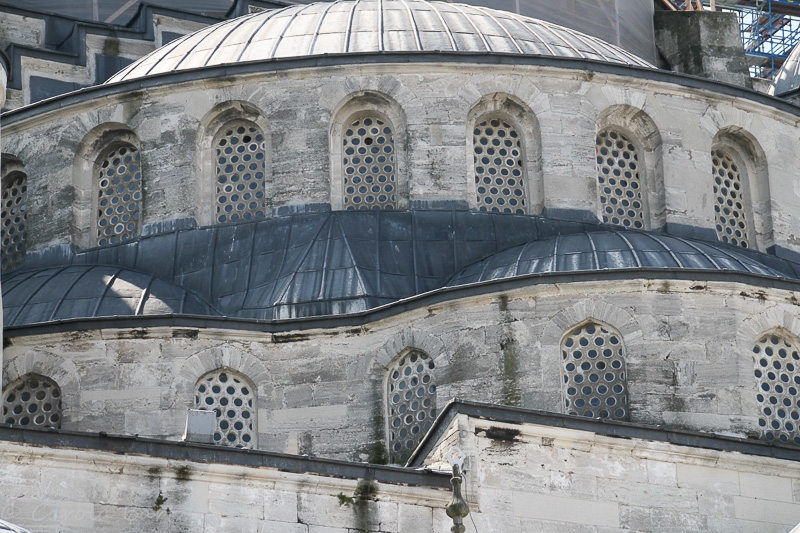 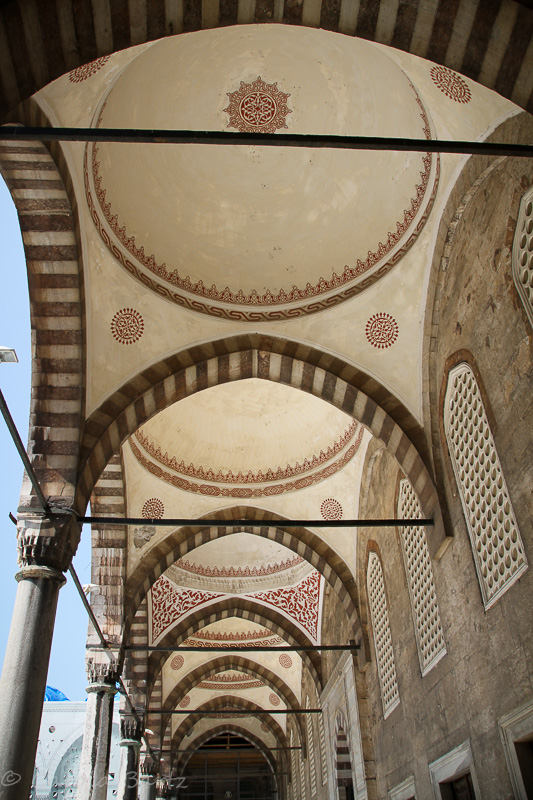 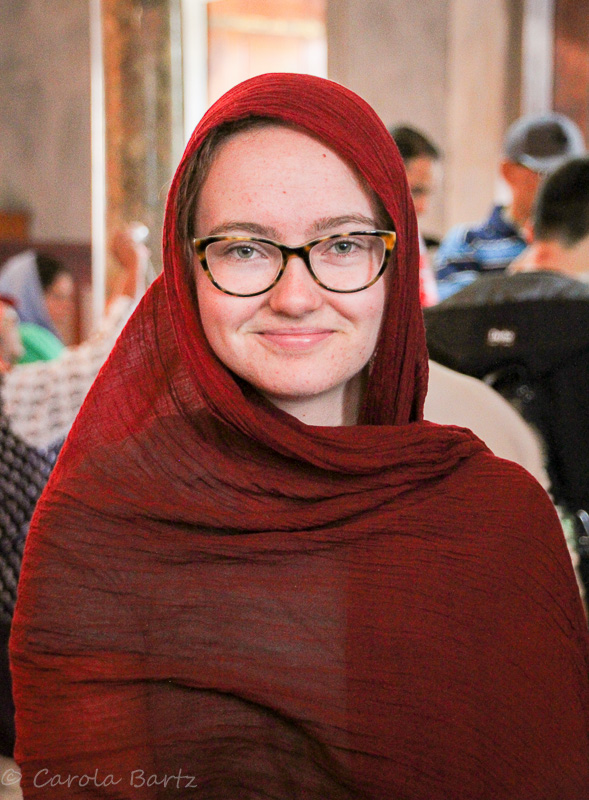 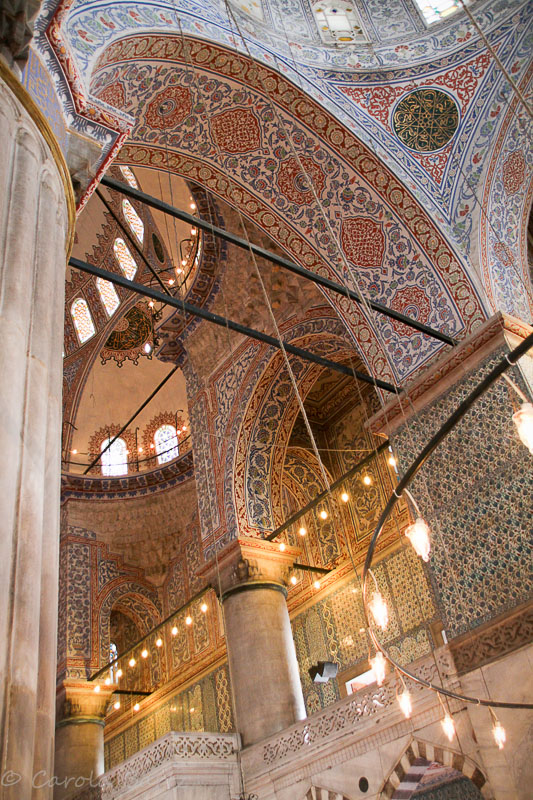 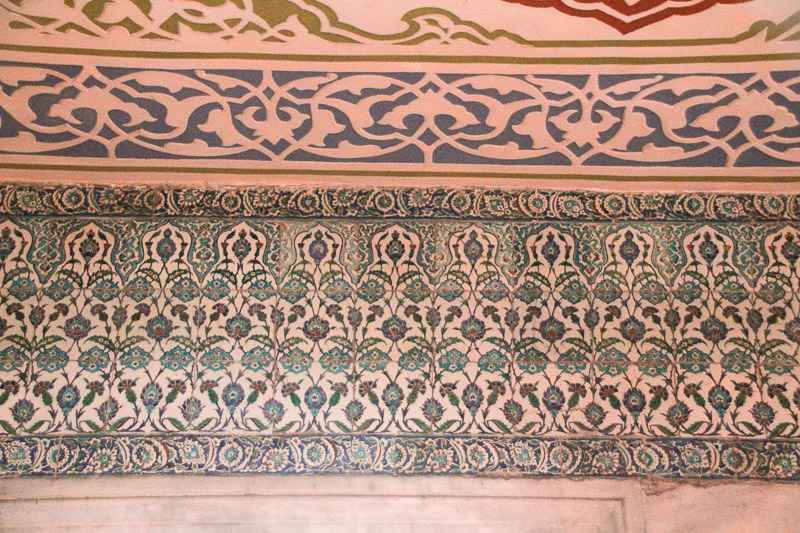 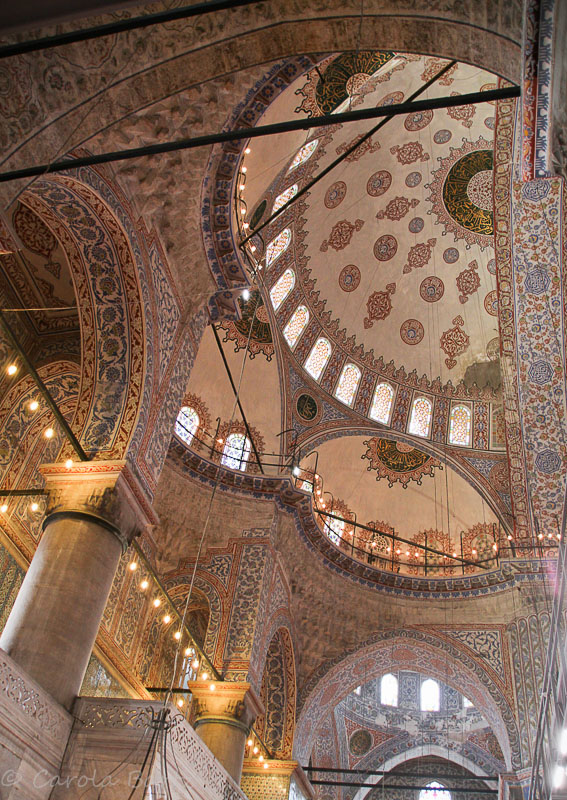 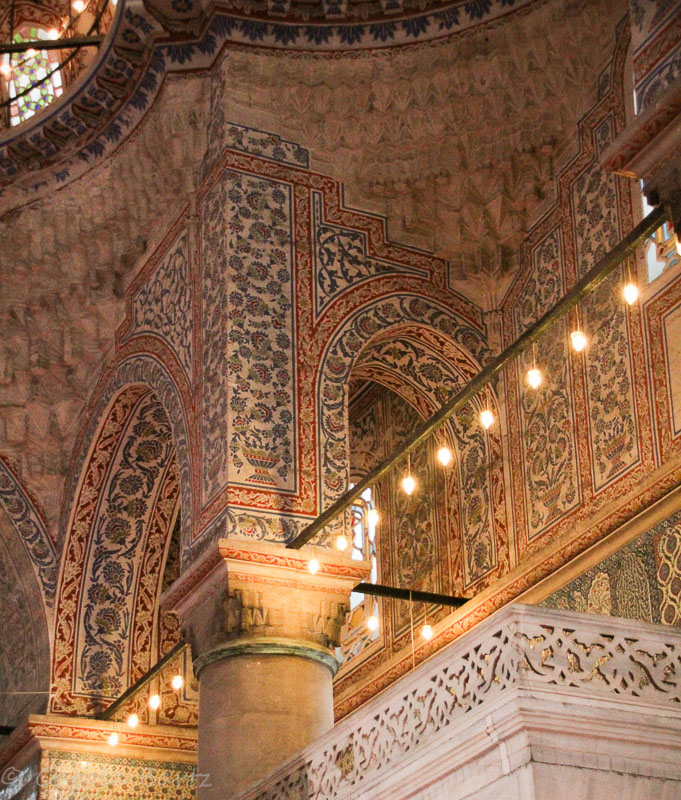 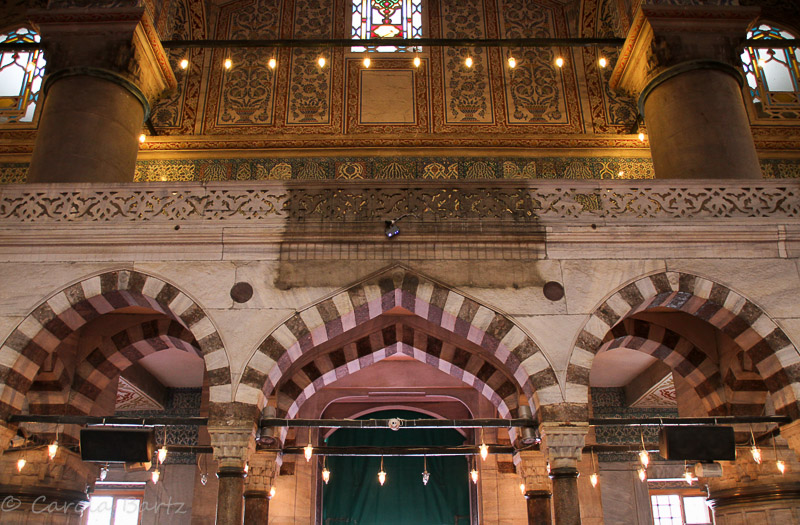 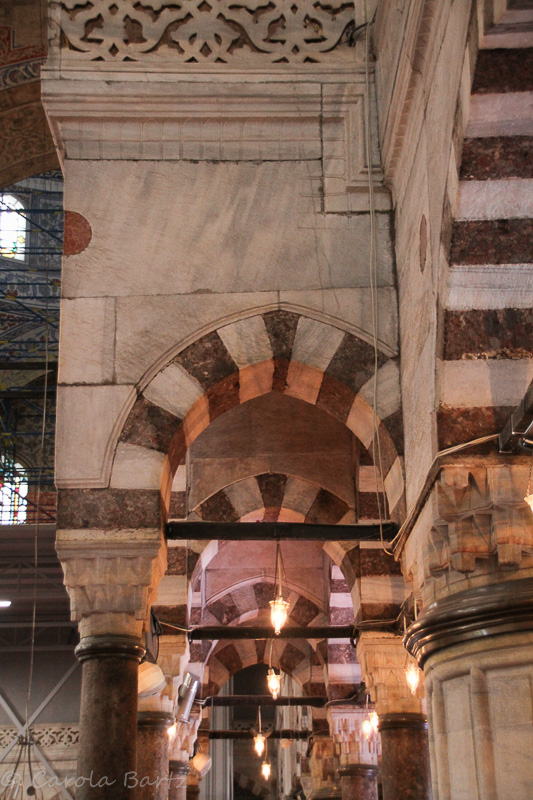 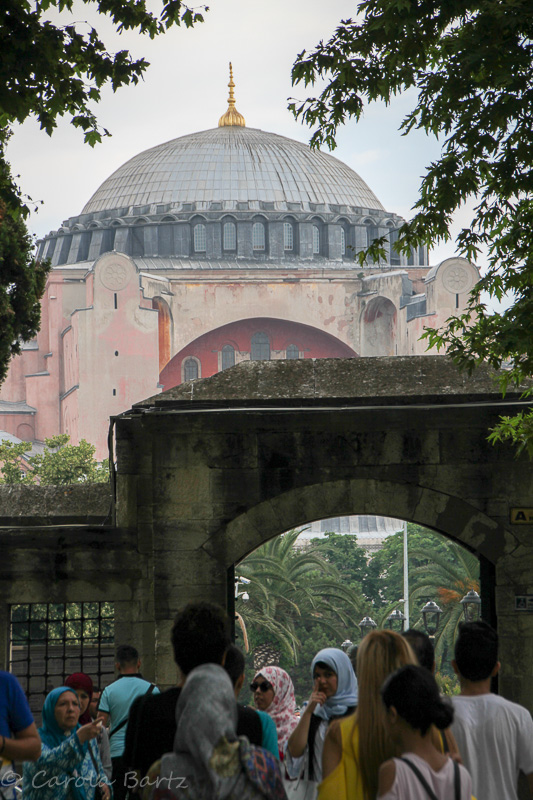 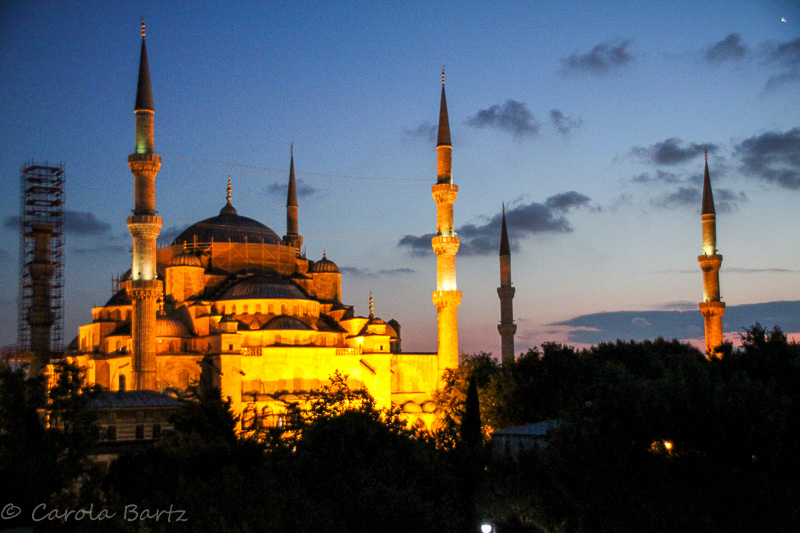 Islamic art and architecture awes me. It is often so incredibly intricate, beautiful and imbued with serenity.
I have rarely seen people with selfie sticks behaving ethically. They are a personal (and strong) prejudice of mine.

I enjoyed these photos. What a fascinating city.

I can see why you got so upset when there were signs saying not to take pictures in the prayer area and some did.

Carola, your photos are interesting and truly remarkable, and they should be in a magazine, my dear.

The lack of respect totally boggles my mind. What beautiful architecture!

Wow, breath taking!!! I can't believe what people do?? No respect at all!!! So very sad! They should have been asked to leave! Thank you for these amazing pictures! Really loved them! Big Hugs!

These photos and the settings are so magnificent I simply don't have words. What an incredible experience to stand in this structure, to note all the remarkable details and exquisite craftsmanship. Wow.

I've been thinking of you lots lately. I'm not sure where in CA you live but I've been worried, given that there are more fires. Sending good wishes and hopes you and all you love are safe.

I'm sorry the serenity of this place had to be usurped by the ignorant. I've often wished there were posted guards who would simply drag the non-compliant away and toss them out the front door!

There are so many people in this world (mostly the western world) who think that rules don't apply to them and that only their own traditions and mores should be respected. Come to think of it, it is difficult to find respect for anything from these bozos!

Oh such wonderful sights Carola! I am fascinated by your travel posts. Those mosaics!
We too have seen disrespectful tourists when we visited SE Asia - I so agree with your frustration.

Thank you for sharing your gorgeous photos :D)