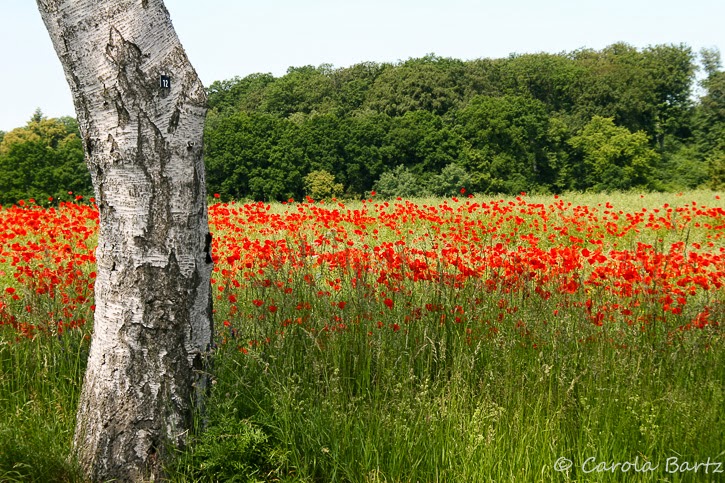 Today is Memorial Day in the United States, a day when we remember the men and women who gave their lives while serving in our country's armed forces. Two years ago I wrote a post how we celebrate the day in my town, and the ceremony is very similar every year - I guess it looks like that in many other places across the US today. 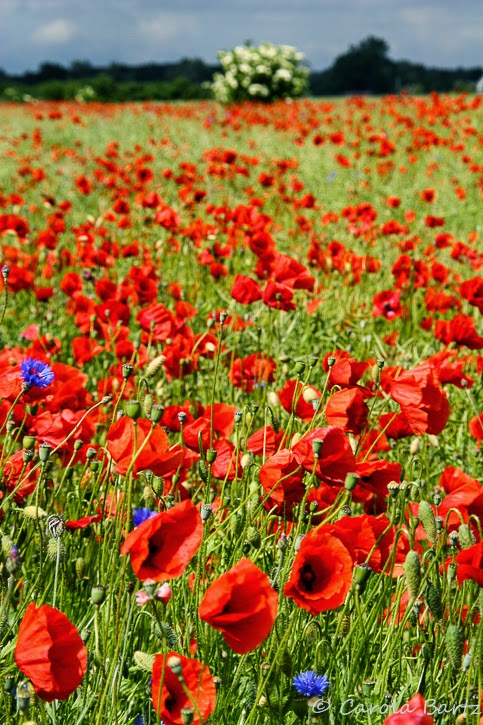 In today's post for Memorial Day I want to visually focus on the poppies. The poppy has become a symbol for the soldiers died in the battles in Flanders during World War I, representing the poppy fields growing among the graves of the soldiers.

I leave you with my photos of poppy fields in my native Germany. These were all taken in the Northeast of Germany in the state of Mecklenburg-Vorpommern that used to belong to East Germany for 40 years. 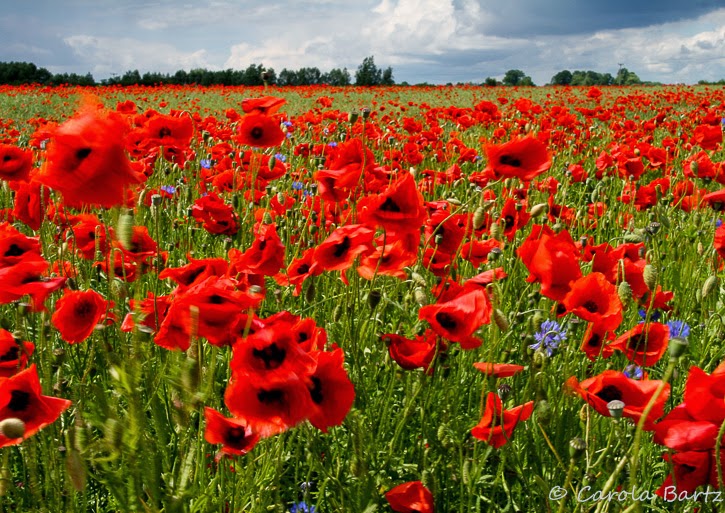 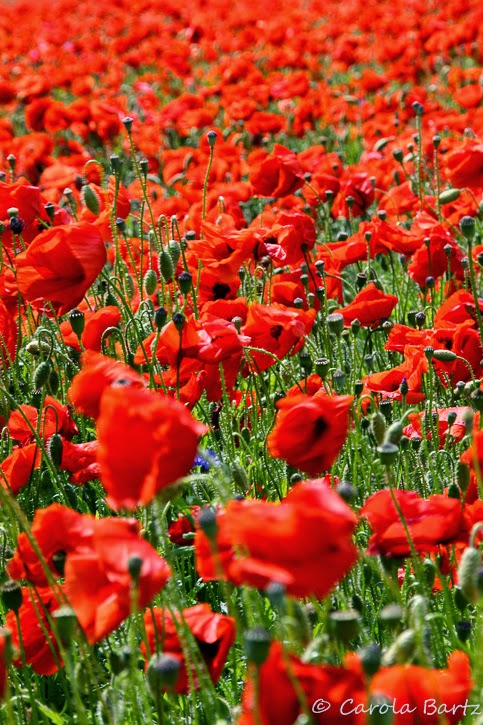 Awesome images of the poppy fields, and stirring reflections.

Carola, what vivid fields of red poppies! They are a wonderful visual tribute on this Memorial Day.

Love those poppy fields. And grieve with and for all those who have lost people to war.

A most lovely and warm post, those poppies are beautiful too.

Wow! so beautiful and awesome color! The field is filled with striking red colored flowers! It is illegal to grow poppy plants in my country.

Your poppies are beyond beautiful! They remind me of a Monet painting. A lovely tribute to our armed forces, it is so important to remember their sacrifices for our freedom.

Those poppy photos are exquisite!

Carola,
These photos would be great as posters.
What a lovely place to visit and photograph...
Have a Beautiful Day!!
Peace :)

Beautiful photos of the poppy fields. I very much associate this day with poppies.

Such gorgeous shots of these poppy fields. I remember "poppy day" when I was growing up when everyone wore a poppy in their lapel. Have not seen that where I live for years though.

I love poppies, and I'm so enjoying seeing them everywhere at the moment. Your pictures are awesome!