What Color is Your Rose?

When Kaefer and I heard that "Downton Abbey" has inspired a series of new roses, starting with "Anna's Promise", we were determined to get one (and we did - it resides now in the big planting box at my clothesline). However, before we went to our local nursery to get it, we thought about what the roses of the other female characters in this beloved TV series would look like. 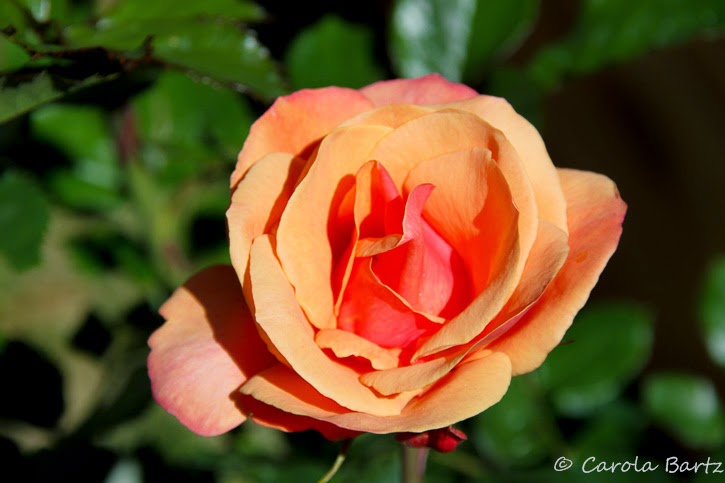 Mary would be a rich, dark red with lots of thorns; Edith a soft orange. If there would be a blue rose, it belonged to Sybil. Cora's rose is white with a bit of a yellow shade. The Dowager? Purple, of course. Daisy would be a very soft yellow climbing rose whereas Mrs. Patmore would be an orange rambler! Mrs. Hughes' rose is soft pink with a few shades of red. Isobel probably would be a darker shade of pink. And Baxter's rose would be white as well with a soft red edge. 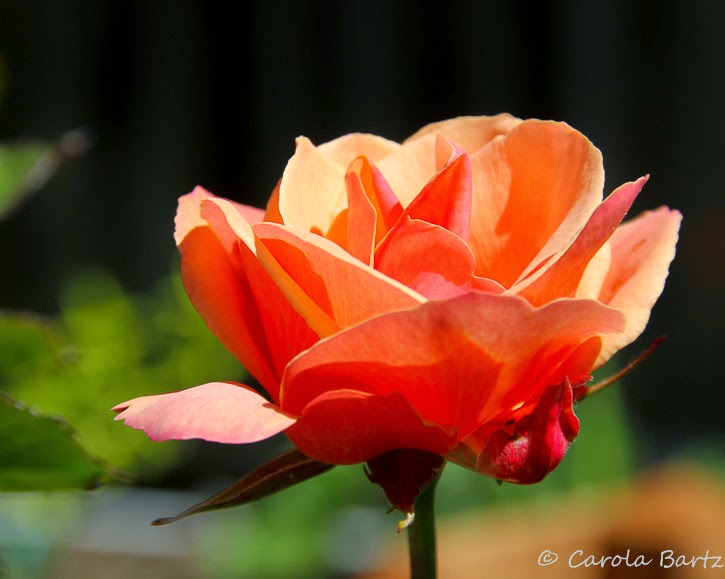 What about you? What color is your rose?

Definitely pink although today I ordered a new/old rose, Marie Von Houte and it is bi-colored, but oh so pretty!

Love your shots and think you are spot on about the colors of the other Downton Characters.

Since I'm in Texas, I guess I need a yellow rose. What a great way to identify roses with the characters on Downton Abbey.

I am very lucky to have a rose with my name (not named after me, but still I love it!) I have two in my garden and they are pale peach with multi-headed long flowering blooms. The description on the label was a classic - 5 ft tall (spot on) 4 ft wide (cheeky!) and temperamental in damp summers!!!

Hi Carola, Interesting personification with the beautiful roses. I will have to share this with my spouse who loves Downton Abbey. As to what color rose I would be ... well, I grew up in Texas, so yellow? ... no, that's not quite right ... I will have to give this some more thought. :-)

I love the colors you would use for each character. Gorgeous photos of your rose and the color is fabulous.

interesting, I would like a vibrant red rose as red is my favourite colour,

Thanks for popping by my blog and commenting,

Lovely photos! That's a fun way to think of roses!

Sally's comment made me smile (and laugh)! I'm not sure which rose would represent me best.

this is a beautiful color, really extraordinary. i once had a rose bush that had white roses that grew with purple tips. it was called the princess diana, it did not do well...(no pun intended)!!