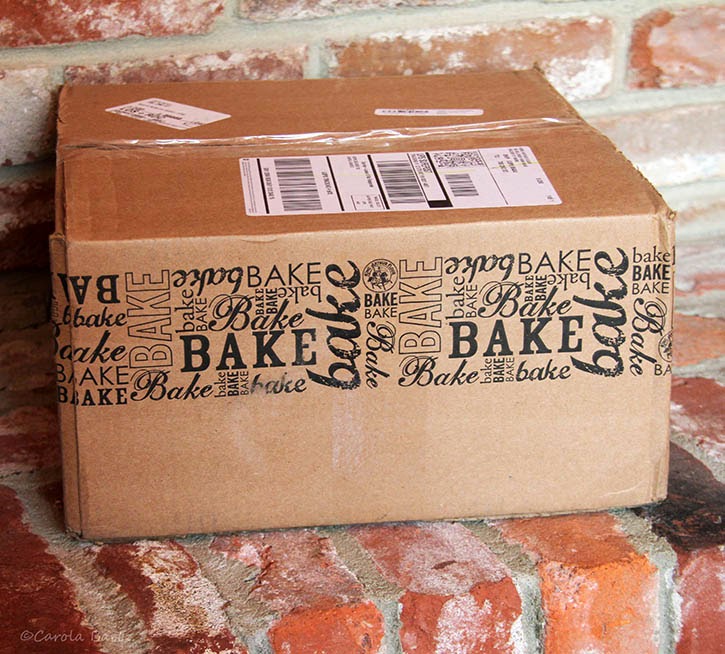 Back in Tübingen, Germany, where I had lived for 20 years before moving to California, we had a special kind of bread stick called "Seele". Now, Seele is the soul - but also this super delicious breadstick that is popular all over Southwest Germany. If you have ever been to Stuttgart or the Black Forest you might have seen and even eaten them.

So far I haven't found a single German bakery here that bakes Seelen ("Seelen" is the plural of "Seele"). I decided to bake my own - I found several recipes on German websites, I tried them all, I combined them, made my own recipe... but the result so far has never been like the ones in Germany. I finally became aware that the flour is different (duh - that took me a long time). 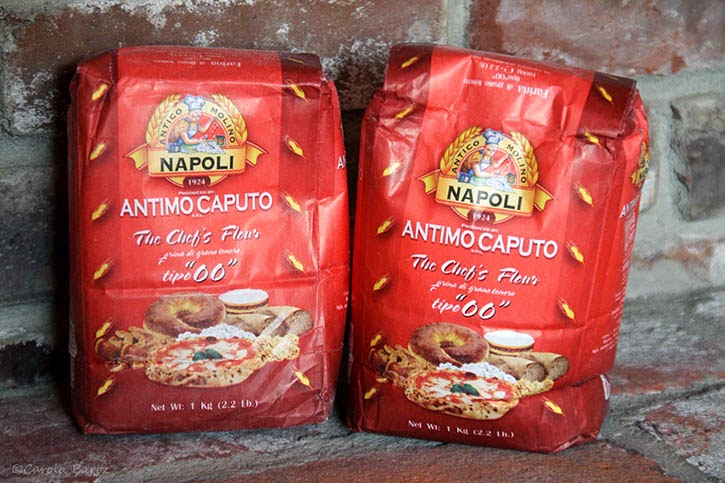 After a lot of research, reading blogs by German bakers who live in the States and joining an artisan bakers group on Facebook I learned of the "00" type of Italian flour that is mainly used for making pizza dough. But it's also excellent for making German rolls and - I thought - Seelen.

Amazon had this flour in stock, and a box full of Italian flour arrived at my doorstep. So I went to work, mixing and kneading and baking. Despite the fact that I used a bit too much of fresh yeast - my Seelen looked like they were heavily pregnant - the result was the best I had so far. Still not perfect - next time I will try a mix of 00 flour and regular bread flour. I know that one day I will have the Seele that reminds me the most of the real German version. 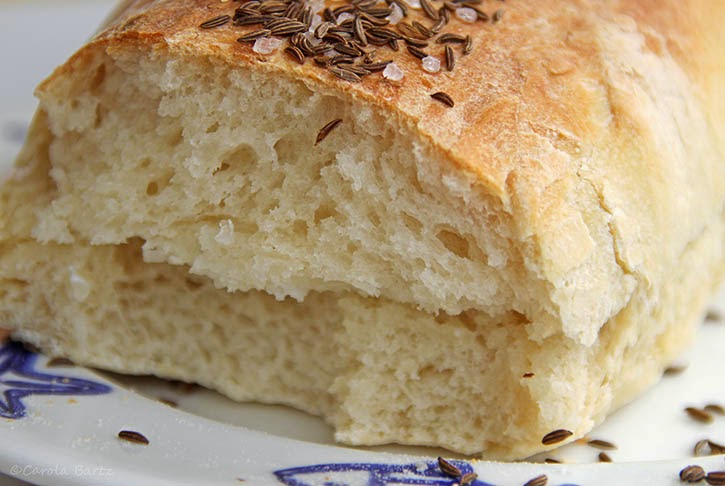 The crumb looks good here with quite some air in the dough which I like. 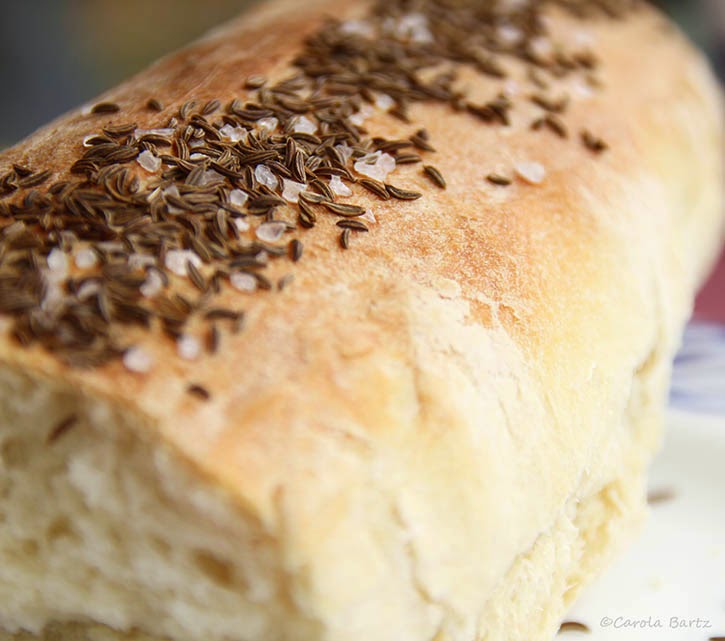 It was still slightly harder than a real Seele. Quite important is the amount of salt crystals and caraway seeds on top of the breadstick.

I also came across the King Arthur Flour website where I bought some specialty flours that I don't necessarily find in our stores here. Pumpernickel flour is one of them, and the European style flour the other - perfect for baking Ciabatta which is next on the list. I might also try it for the Seelen. 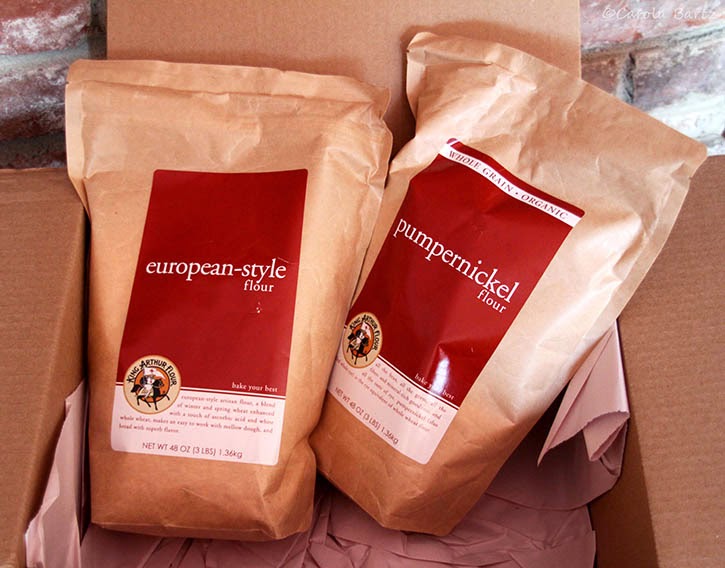 These are my Friday Finds for this week!

Some people love chocolate, I love bread and the pictures of the bread you made makes my mouth water! You are obviously a passionate baker and can't wait to revisit your site to learn more about your journey to perfect your seelen!

Oh my! I love to bake bread and would rather have home made bread than dessert. I order on Amazon...I'm off to put this on my wish list! Hugs!

Oh wow, you are definitely dedicated! These look so delicious I want to take a bite :-) Crossing my fingers for you that you find out the perfect recipe!

Good luck on the Seelen! Love them!

Bread is such a staple and such an emotive memory trigger isn't it? My father made the very best potato bread I have ever tasted...

oh wow! yummy! I would gladly eat your mistakes.

I'll look out for Seelen next week when I visit Germany... never ever tasted it.
Believe it or not I am ordered to take over Self Raising Flour for DD so her cakes cook and taste just as she remembers from home. Oxo stock cubes are on the order too.
Jo x

I love reading about this challenge. Flours truly are different. Believe it or not, even the flour sold in Canada is different from that in the U.S.

oohhh i did find this so interesting as i love to bake. i have not made bread in many years, yours looks very yummy!! there is noting quite as good as warm, fresh bread with a bit of butter and honey!! i have a sweet tooth!!!

Your post today - wholesome and homemade - made me long for fall days with soup and bread for dinner. Loved reading about your baking!

Love your fence post below this one...they're very decorative and ornate.

But your bread....mmmmm, it looks scrumptious. And to make your own pumpernickel bread?!! You surpass me by a long way. You're ingenious and very creative...hope it all turns out to your liking. [I LOVE bread]

What a change that must have been for you. We did the same, but earlier, and we came back 'home' again.
Love the flower photos and that parcel so full of promise.

Your bread looks great and since I've never had the real Seelen I'll bet I'd be quite happy eating yours. Different flours do make a difference don't they? I've recently been using Bob's Red Mill for our basic loaf.

I meant the 'flour' pictures of course :-) Not 'flower'. How silly.
Funny how typoes often are phonetically correct.