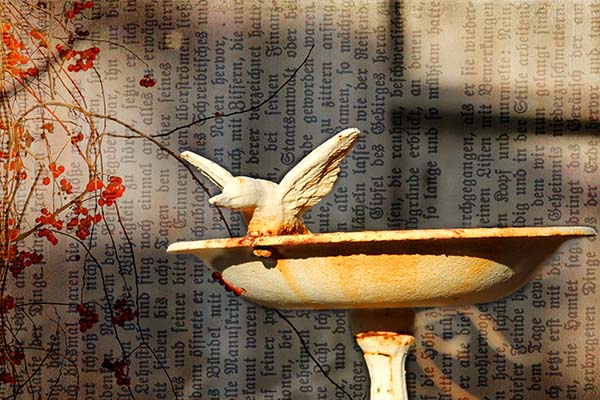 For this week's Texture Tuesday over at Kim Klassen Cafe I tried something new - new for me at least.

Several months ago, Rinda sent me some book pages that are printed in the old German style. I scanned one of them and then used Kim's texture "vintagetexture" to make the book page more vintage and use it as my texture.

The photo of the birdbath is really boring and not even good. But I love this birdbath. So I did a levels adjustment and then blended it with "my" texture in soft light at 46%. Using a layer mask I removed the texture from the birdbath. Then I added one of Bonnie's texture "evelyn inspired" in soft light at 100%. Again, I used a layer mask to remove the texture from the birdbath, and in a final step I made a hue/saturation adjustment.

Here is the original photo (I would do a bit more adjustments to this photo first if I had to do it again): 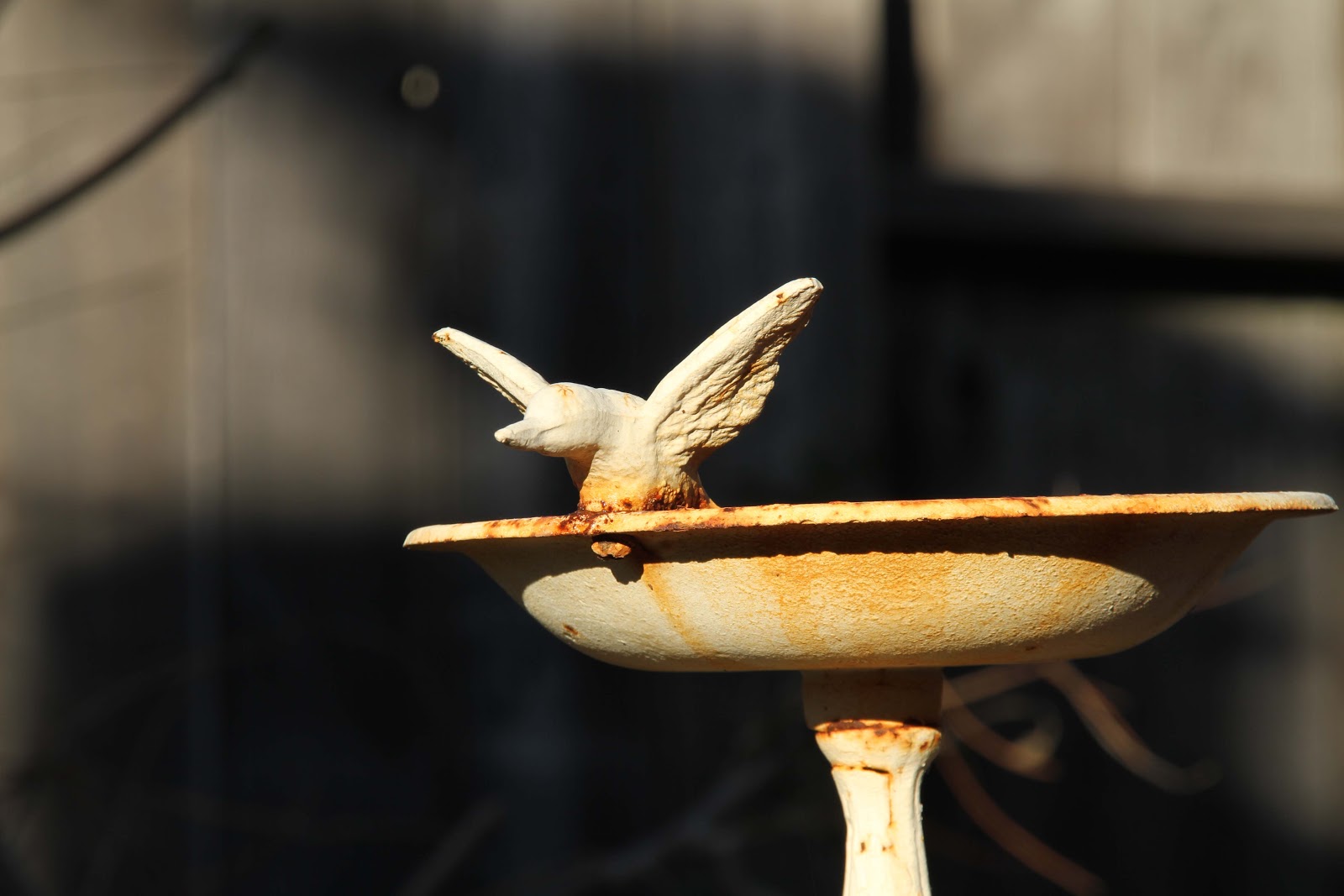 Looks great....I like the rusty birdbath but the script really sets it off.

I really like how you blended these photos together. Looks great!

Very cool -- I like how you combined nature with printing.

Stunning! So glad the pages came in handy.
Rinda

Outstanding, Carola! Thanks for sharing how you achived this ... I really need to learn more with layers!

How clever you are. I see I have a lot to learn and should take my courage in both hands and play a little.
And I love the bird bath - thank you.

How fun, Carola. I love when you tell us about the before and after of your photographic creativity.

Ooh, I love that birdbath too!

Fabulous piece of art! Your birdbath is so eye catching but when you added the text behind it and the branches- WOW!

you have inspired me yet again. I love how you explained your process and your thoughts along the way and after. it helps me listen to myself more thoughtfully.