And Then there Was only One Owlet... 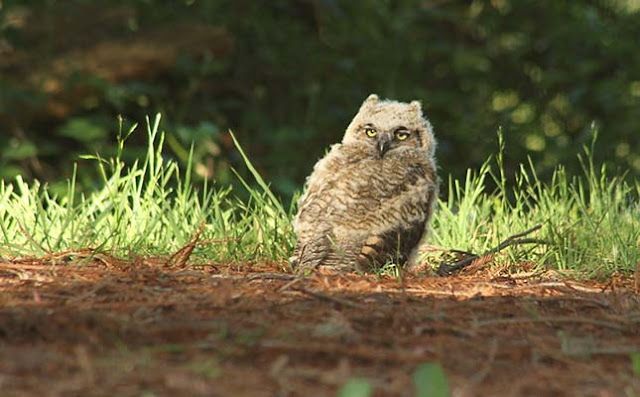 When I came to the lake early this morning, one of the little owlets was on the ground. Only a short time before, it had had a fight with its sibling and fell out of the nest. Tom, the park volunteer, had informed the ranger and we were all waiting for him (there was already a small crowd) to get the owlet and bring it to the Bird Rescue Center. 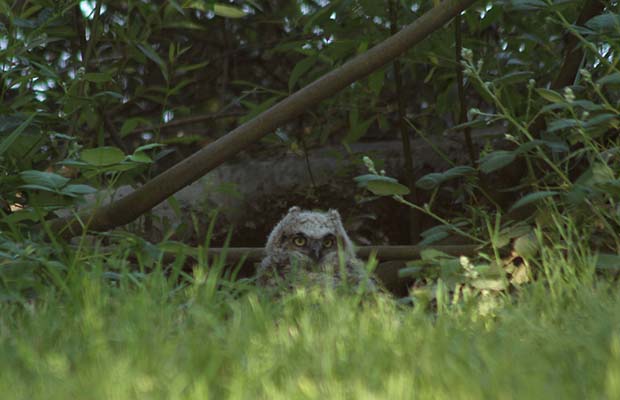 The owlet seemed to be fine, but it sure was pretty frightened. It hopped out of the sun into the shade of  some bushes. 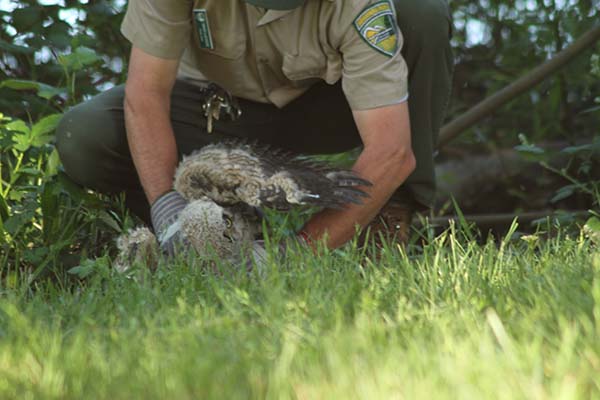 When the ranger came - a ranger I know who is very experienced - he very gently caught the owlet and put it into a box to transport it to the rescue center. There, it won't have any human contact and thus they hope they can release it later (they have successfully done so with other owls).
I had to cry when they took the little owl. None of us had hoped for anything like this. 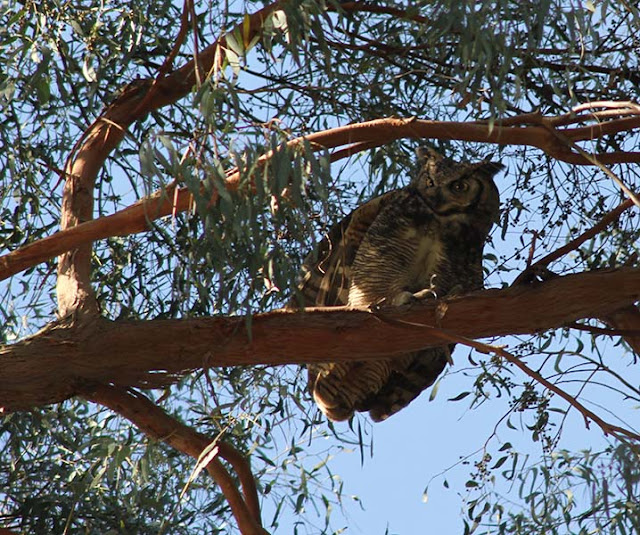 Mama Owl watched everything from her branch high up in the tree, but she didn't intervene - neither did the dad. After the owlet was gone, she hooted several times, but then went "back to business". 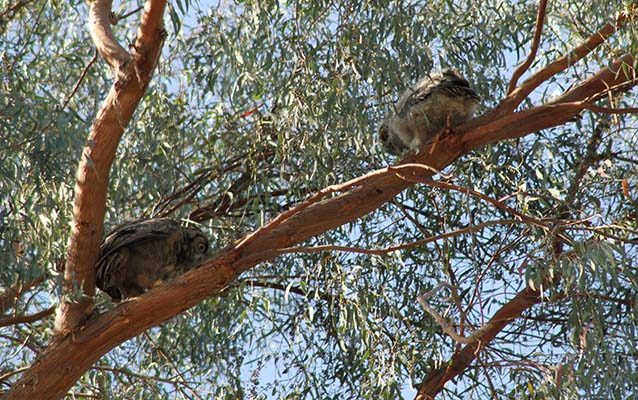 Which meant providing food for the other sibling. Here she has some squirrel or other small animal that she will feed to the little one. 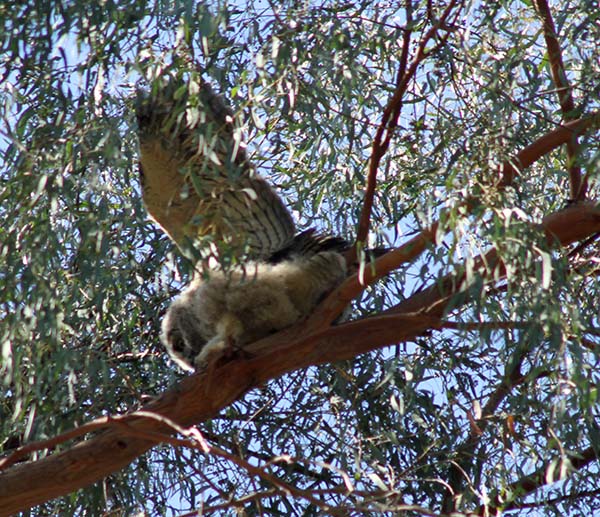 The little owlet stayed high in the tree, testing its wings... 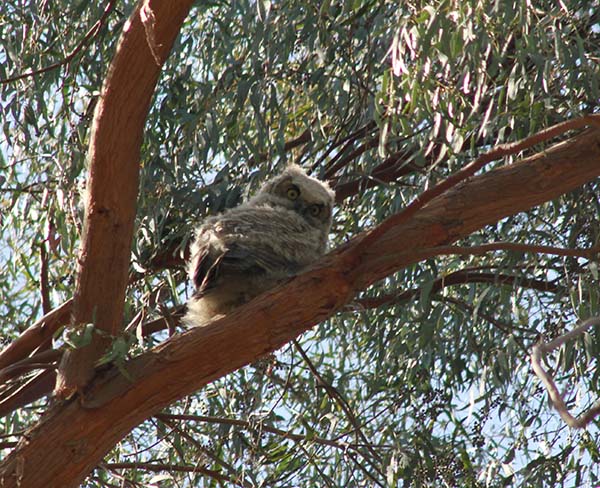 ... and looking down to the crowd.
Tom will be on "owl duty" through the entire weekend because they fear that the sibling might fall down as well. If that happens, it will be brought to the Bird Rescue Center as well and raised with its sibling. This means they later can be released as a family.
And still better than being dead.
But it was sad.
Posted by Carola Bartz at 9:19 PM

Oh no! I guess it is a stupid question but why didn't they put it back in the nest? At least it will be safe this way...but very distressing.

You've written this story so well that I feel like I'm right there with you! It is sad, but I'm glad there's rangers at the lake.
Rinda

I agree. I feel like I'm there. I should be able to talk someone, ask questions, make suggestions, adopt an owl — well, maybe not.
— K

Oh dear. That owlet is very lucky to have people who care. Bless him.

Will the ranger people keep you updated?

You have been showing great shots of these owls...aren´t they pretty.
The young one will be ok I am sure.
I love hearing an owl at night....
In Rheinbach,,,near Bonn we had some in our trees....just wonderful!

Oh my, that made me so sad, especially about the poor mama! But I am glad he was rescued...

Oh, that IS sad. But glad he was rescued because otherwise he would no doubt have not survived ... Great photo-taking, though!

What awesome photos you took of this beautiful owl family! What a story too. I Hope they will all be safe. Such stunning birds. So beautiful. Thanks for sharing.

Wow - what a story! It seems so easy to get emotionally involved with creatures that we see regularly. I hope for the sake of the owls and for you too that it all has a happy ending!!

Carola - you have the makings of a picture book... how about putting the story & your pictures in a book format - children would love to read about this owl family! and especially because you've taken such brilliant pictures documenting the beginning of their lives.
I know my daughter's kindergartners love stuff like this...