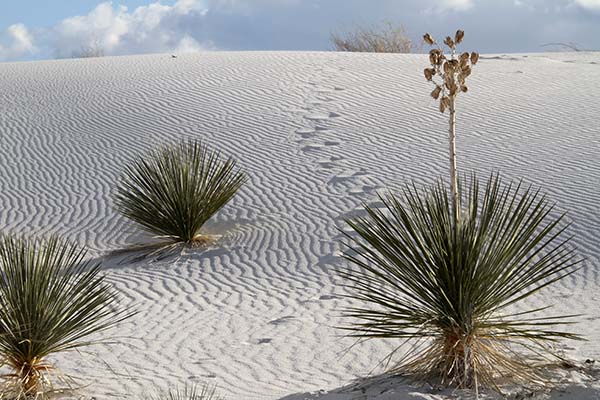 White Sands National Monument in New Mexico was one of the absolute highlights for me during our trip. I had often seen pictures of this desert and wanted to go there for a very long time. I had always thought that it is similar to the Great Sand Dunes in Colorado, but when I actually saw this spectacular sandy area I realized that it is very different. The sand is very white and sometimes even resembles snow. It actually holds almost the same challenges for a photographer as snow does.

The sky was overcast when we arrived, but the closer we got to the sunset the clearer the air and light became. We stayed until after the sunset - it was windy and VERY cold, but those hours we spent there were worth every single minute. I would return in a heartbeat. 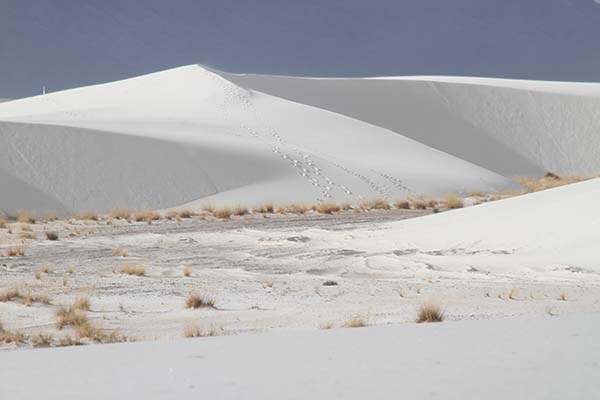 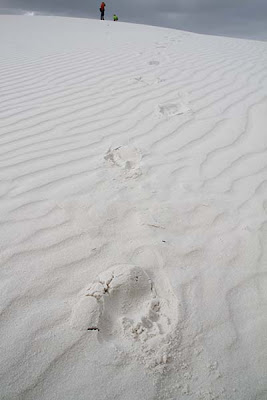 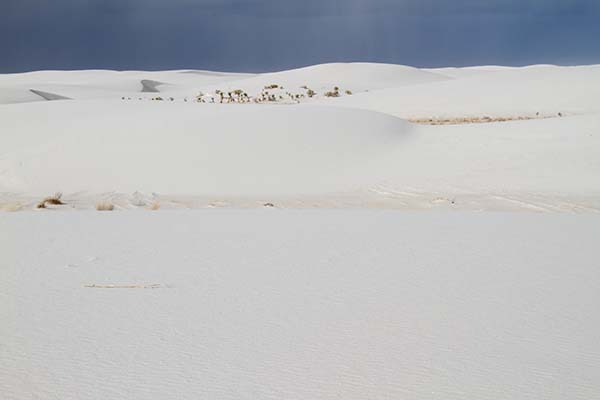 It almost looks like an oasis, but it's "just" the plants that can grow in the sand. 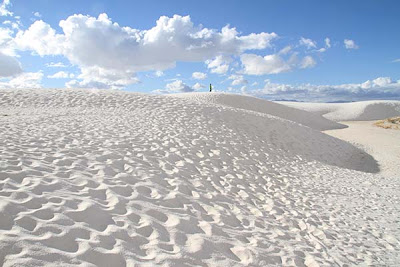 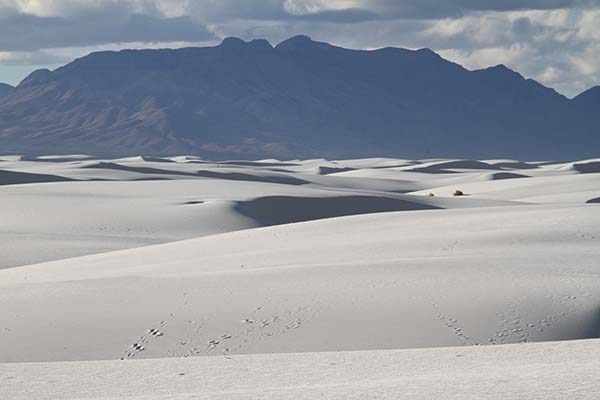 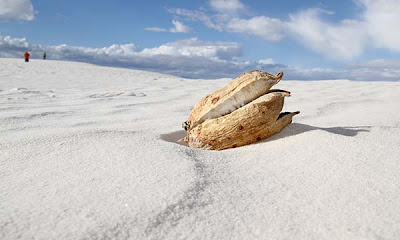 A dried seedpod of a soaptree yucca 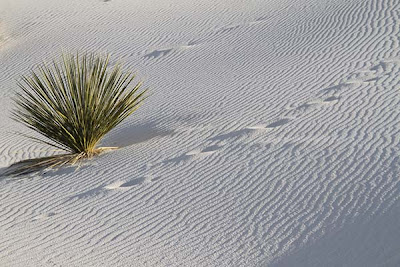 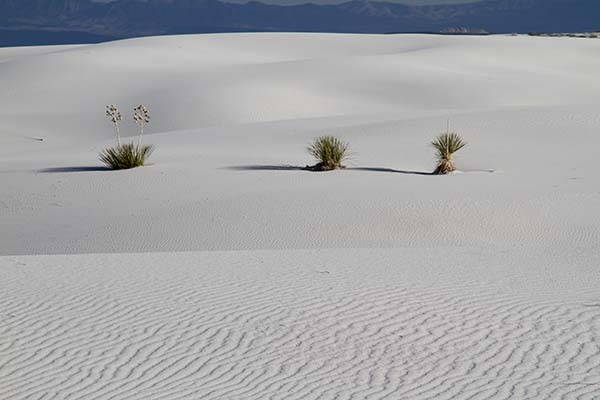 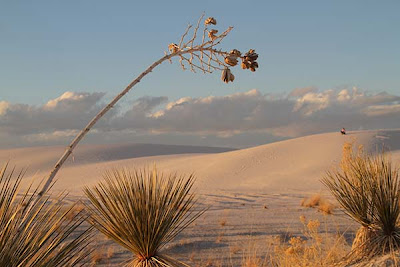 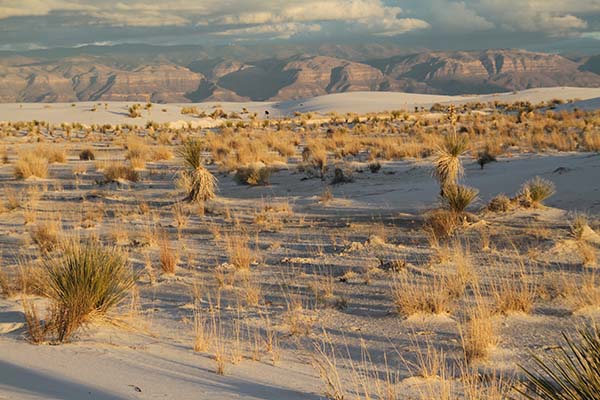 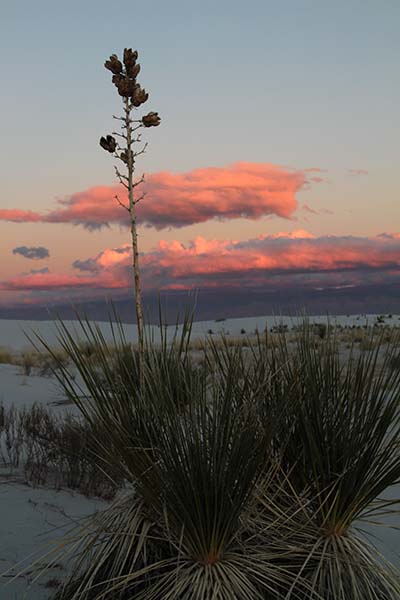 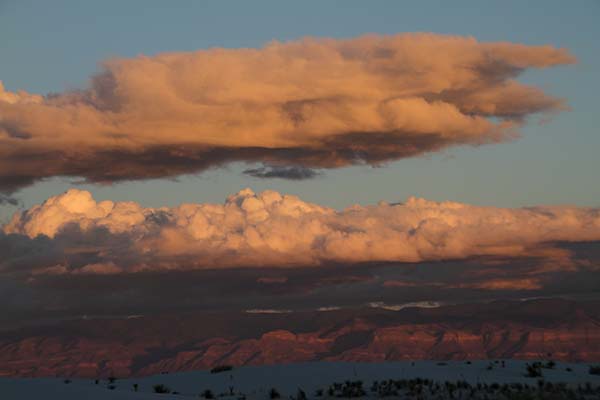 This is such a fabulous place. We went several years ago, and like you, I would go back in an instant, especialy now that I have a rather better camera than I had back then! And hopefully a better eye also. Your photos are wonderful. The odddest thing I remember about White Sands was driving along the main road out of ?Almagordo, I think it was called , and having to stop so that a missile could be test-fired. Quite surreal!

Beautiful photos Carol...my favorite, the first one with the yuccas. You are such a great photographer. (-:

How beautiful! It does look very much like snow...I'd have thought it was, if you hadn't said where you were. (The ground here in Maine happens to be snow-covered at the moment.)

I've really been enjoying your photography since discovering your blog a week or so ago.

Carola, these photos are gorgeous! I love the simplicity of the color. I must get there myself someday now, and I didn't even know about this place before. :)

Your camera took me to places I hadn't been or seen before, fabulous!

I covet your photography skills. Your photos are amazing. It does take a bit of skill to get the shadows and ripples. I was there three years ago in October. We did a moonlight tour and a two day hiking/camping trip. So cold and night and too hot during the day. And the sand goes on forever. I can see how people can get lost there. And you are right , it is so different than the Great Sand Dunes in Colorado.

Truly awesome!! I'm so glad that you got these shots and so happy that you share!
Susan

It's amazing anything can grow in all that sand! Beautiful photos Carola. I've been enjoying reading about your journey! Hugs~ Rhonda

What absolutely fabulous fotos of the desert!!!
I love the desert....it is such a "dry" heat:)
you really captured it well!!

Breathtakingly beautiful. I'm a sincere fan of Arizona's landscapes and really enjoy the desert most anywhere I can get it. Your pictures as always are gorgeous.