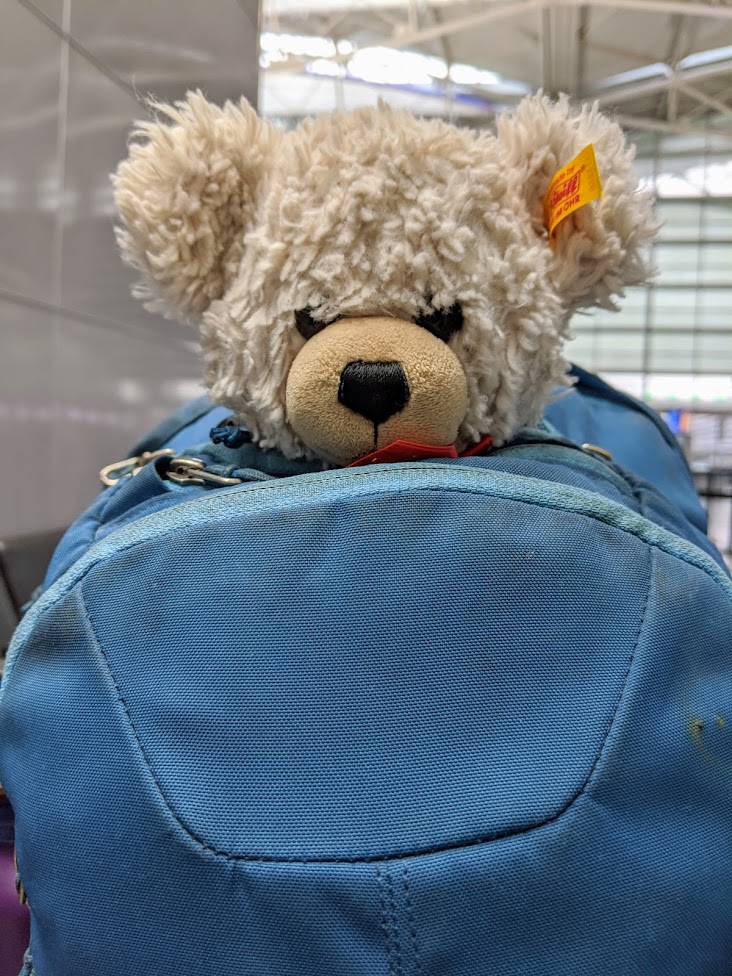 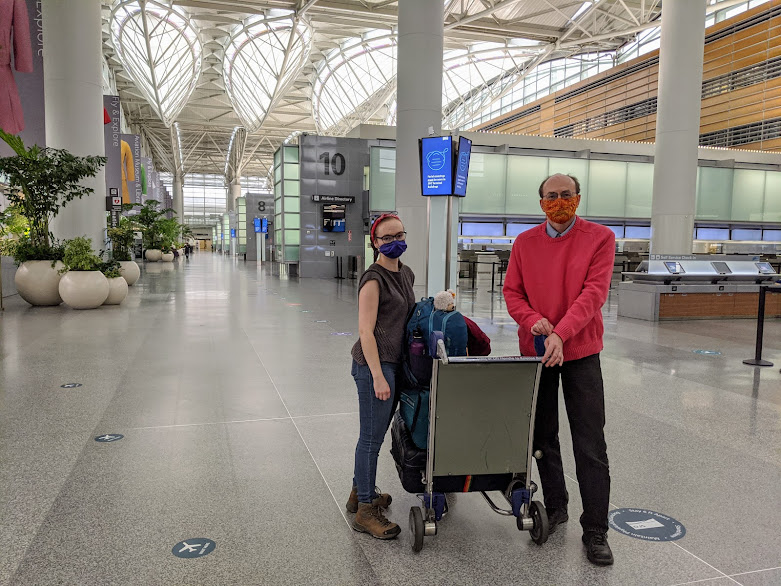 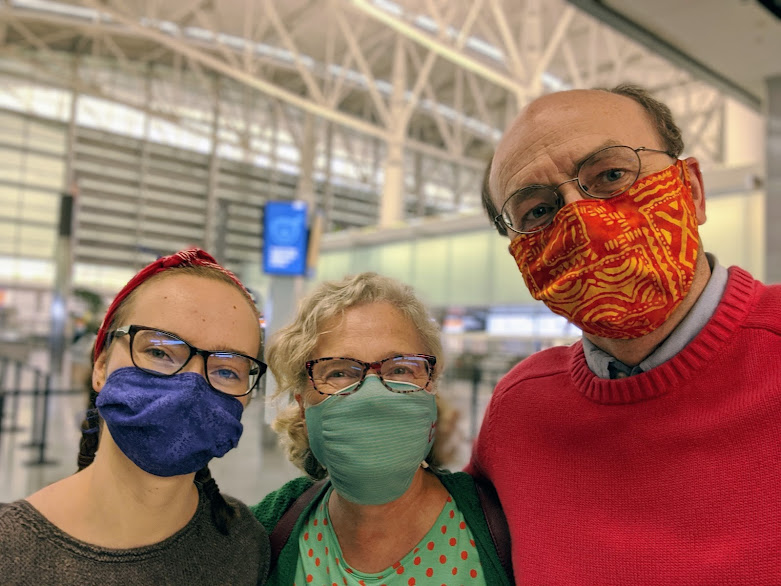 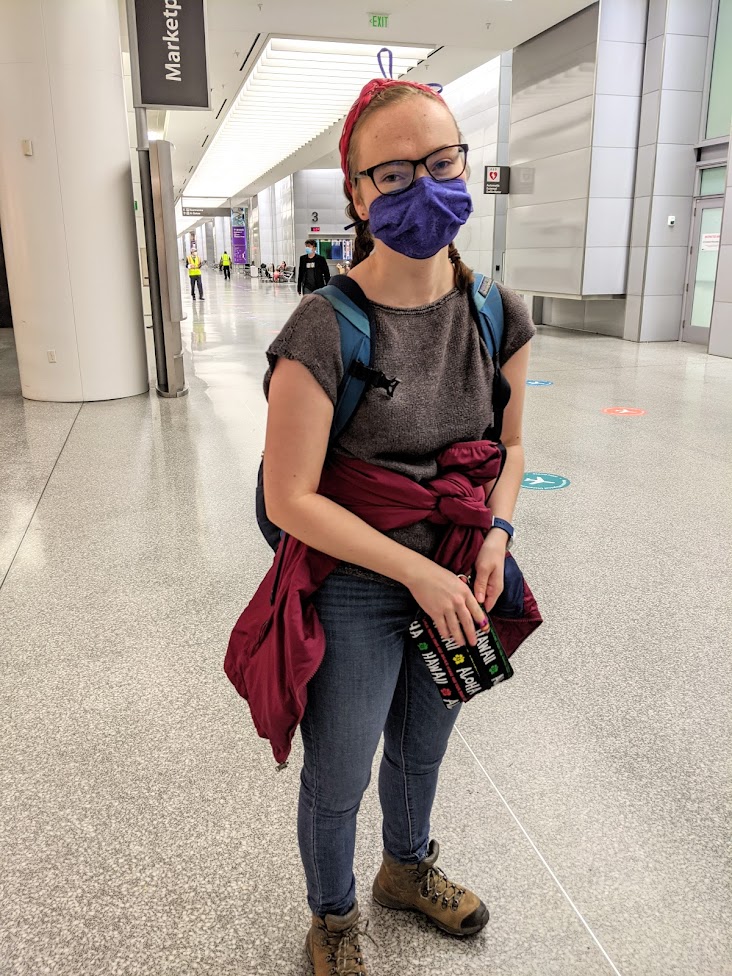 I so understand those mixed emotions. Emotions which are almost contradictory but very strong and very real.
I am raising a glass (of water it is early here) to exciting new starts and love filled home bases.
And to technology which allows you to see and hear your precious girl.

That is exciting for all but scary for a parent also. Good luck to Kaefer, to you with her gone, and to that teddy bear who is off on a big journey.

Good luck to Kaefer. May she do well in her studies and enjoy her time in the ancient city of Munich. And may you stay safe from the fires that seem to be burning the entire state of California, Carola.

Your daughter is off in the world again. It's hard to see them go, but she sounds like she's independent and getting things done on her own. That's great that she found a student job and a place to live. And it's nice that you got to spend so much time together before she left. Wow, the airport is bare - that must have been a strange sight! That teddy bear photo is too cute, Carola. This family loves teddy bears, so I smiled right away. I wish your daughter much happiness and many good adventures along the way. : )

She is so brave. I wish her the very best success but I know how you will miss her. You must be so proud.

I know you will miss her terribly. I think a farewell for a spot that far would be hard no matter what, but during the time of Covid all the more so. You must be terribly proud of her and it will be a marvelous experience. Hopefully you will be able to see her again sooner than we think. LOVE that she had a very un-full flight!

Well, you can be very proud parents here!

So lovely to read of your daughter's journey in life. Good for her.
I can imagine the sad/pride in your hearts as you waved goodbye to her but, hopefully, these modern ways off keeping in touch will make it a bit easier.

I have so much respect for epidemiologists... borne over these past times. Their knowledge is extremely valuable and downright sensible when all things are considered.

Carola, I was wondering about Kaefer, so I scanned your posts until I came here. So happy she was accepted to her program and managed to get work and a place to live. Is she settled in and does she like her schooling so far? Are they allowed in-person learning in Munich? Three of my grandchildren are Seniors this year and next year's education plans are so up in the air for them. May I ask what Kaefer's major was at Davis? Amanda is heavy into Bio/Chem and would like to do some type of research, but I've read that Biology majors are not having luck finding jobs. Her twin brother is talking about a gap year, but we encourage him to apply for acceptance and then defer if that's what he decides. It's a strange new world for all of us and young people's lives are definitely put on hold.