Frosty Morning With A Touch of Autumn 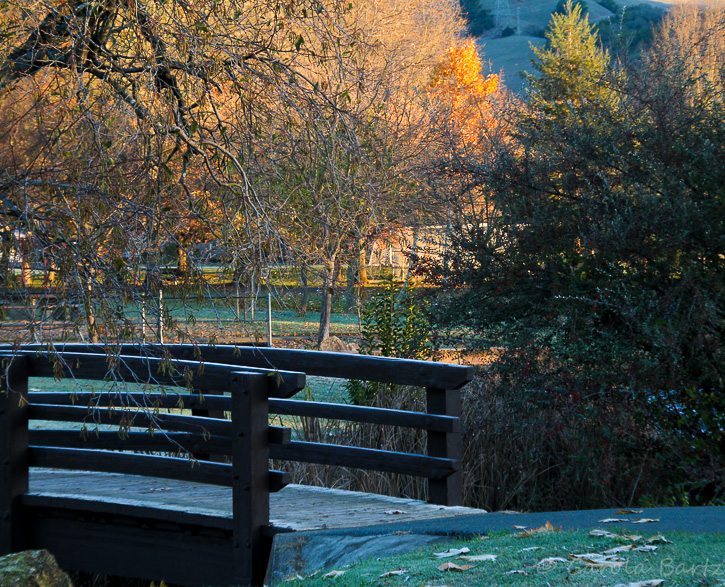 We have had some pretty frosty mornings recently - remember, we are totally spoiled Californians who complain when temperatures drop below 50 F. However, this was real frost; 27 F! Okay, Minnesota, Wisconsin and the East Coast, don't laugh (not to mention Alaska and Canada)!!! Since we also have sunny days, the morning show right after sunrise is quite spectacular. 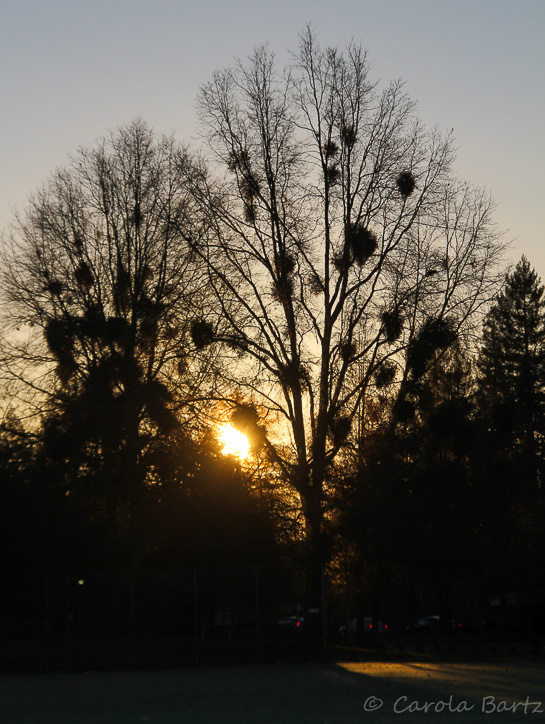 There is a park right next to Kaefer's high school, and after I had dropped her off this morning, I stopped to take a few photos. There had been more frost on Monday, but this was still very nice and I enjoyed my little photo shoot - until my fingers became too cold. 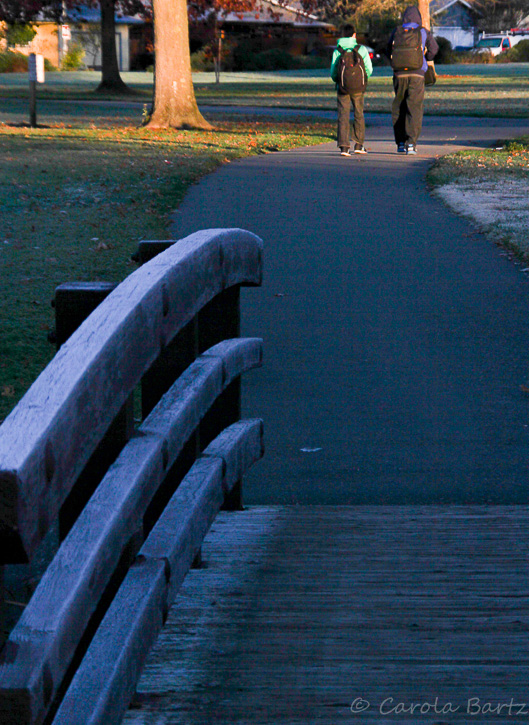 Some kids were on their way to school - middle schoolers, since Kaefer's old middle school is to the other side of the park. There were joggers and dog walkers - this park also has a fenced-in dog park which is very popular. 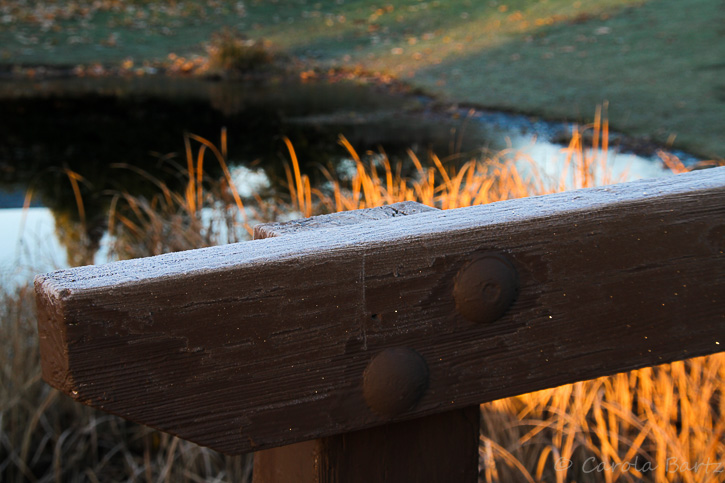 I loved the light of the early morning sun - even though it was cold, the light gave the impression of warmth. It was almost magical; I love the contrast between the frost and the warm orange shades. 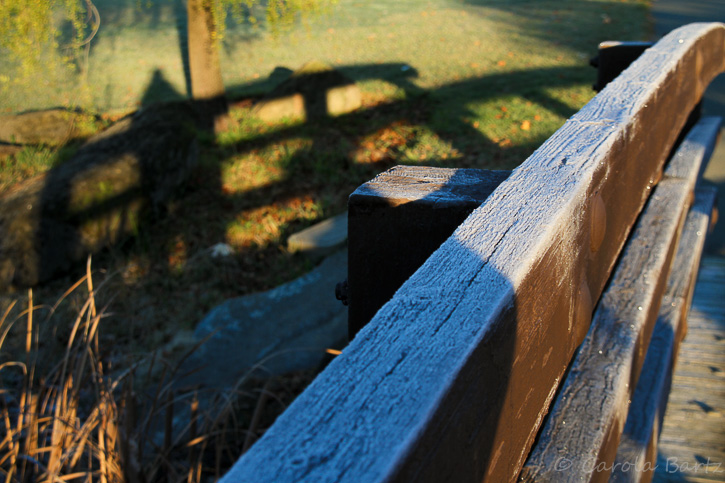 I couldn't resist taking pictures of the shadows - my kind of selfie! The leaves on the ground were pretty as well, with some of them featuring fine frost at their edge. 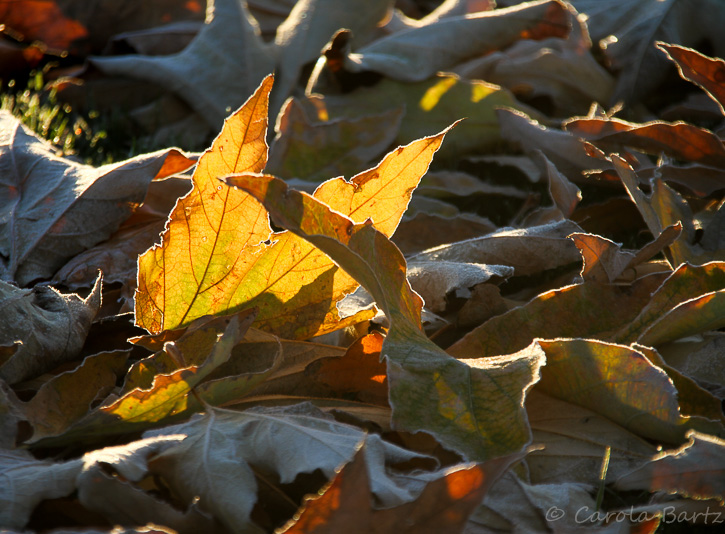 The magic finally disappeared with the steadily rising sun who poured the light onto the park. The glow of the frost was no longer clearly visible - but it was still very beautiful. I was glad that I had stopped and could witness this short morning magic. 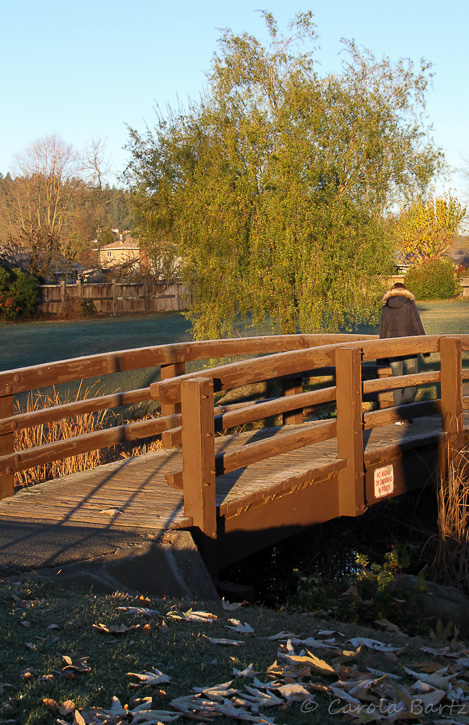 Ephemeral magic of the very best kind. I love those early mornings, the contrasts and the quality of light. Thank you so much for sharing the joy.

I agree, even when it's cold, the sun makes it seem warmer. I like your frost photos. We seem to go right from fall colors to snow here in the mountains of Colorado. We tend to skip frost! Happy Holidays, Carola!

Here in Maine, we are enjoying a very mild winter (so far) as the consequence of the El Niño in the Pacific. We've had a few slightly frosty mornings, but nothing like normal. That's fine with me, since I'm still feeling satiated from all the snow we had last year...the winter that seemed never-ending!

Truly gorgeous pictures! We have been getting such weird weather! Spring temperatures! All grass, no snow! Merry Christmas! Big Hugs!

Just enough frost to be beautiful!

So many beautiful images. The top one is my favourite.