Swan Drama and the Silent Witness

While I was at the small lake last week I watched a swan who was building a nest for his future family. However, he was disturbed repeatedly by a pair of Canada Geese which he didn't like at all. Of course he chased them away. 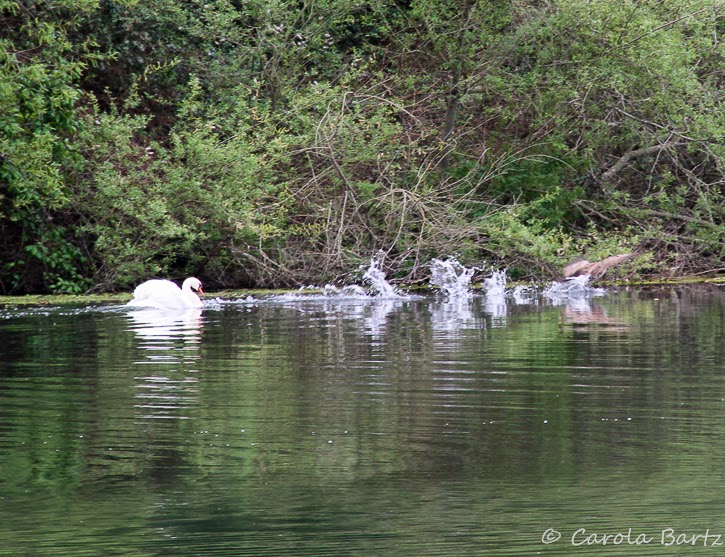 Canada Geese, however, don't seem to be the smartest birds on planet Earth. They came back to the swan's nest over and over again. Guess who didn't like that? Here he is taking off to teach these annoying geese a lesson. 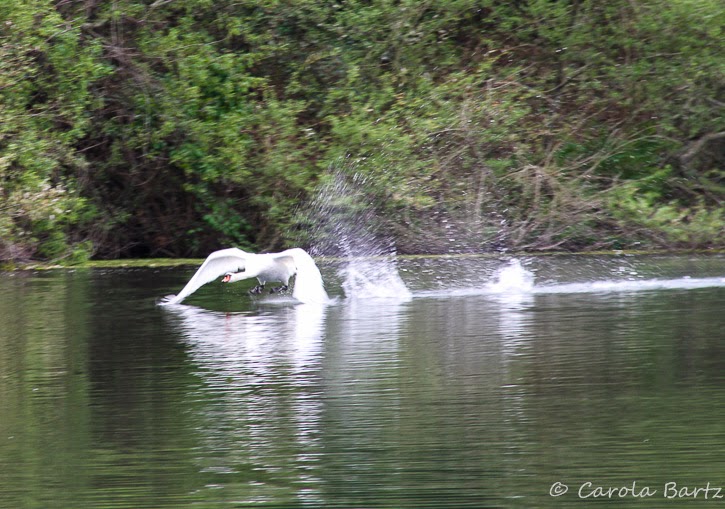 They are so graceful! And you should have heard the swoosh-swoosh of the wings while he was gliding over the water. 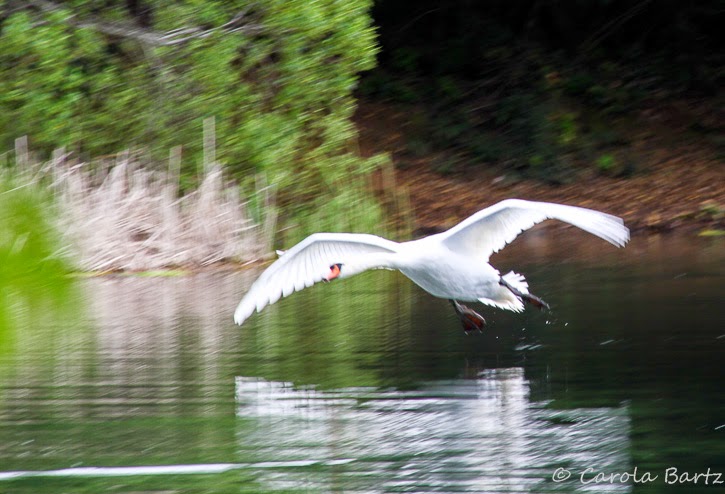 He landed right next to his nest where the geese were hanging out. But not for much longer! 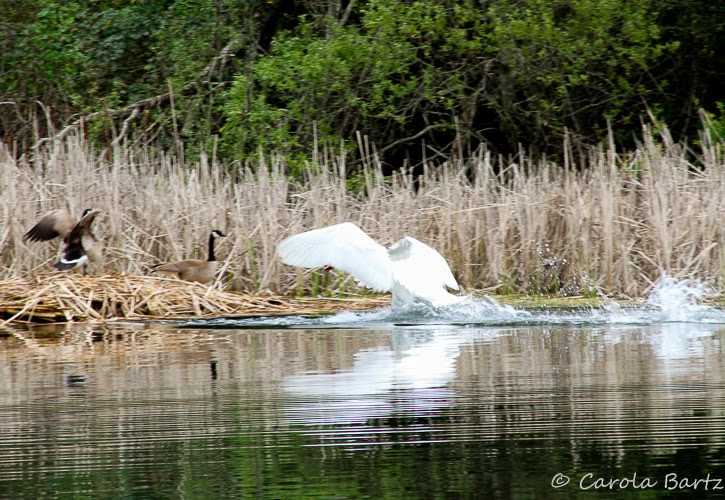 He flapped his imposing wings. However, the geese don't seem to be very impressed by that. 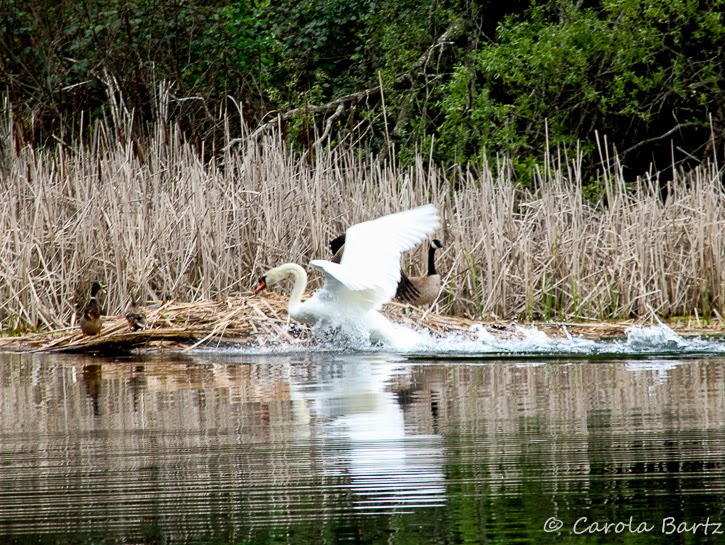 So the swan decided to get on the nest. The geese knew that this would be unpleasant for them and took off. 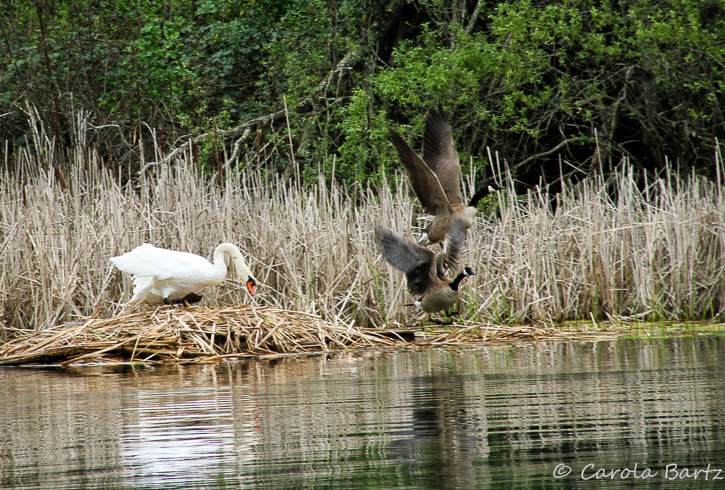 The swan followed them immediately and chased them away. 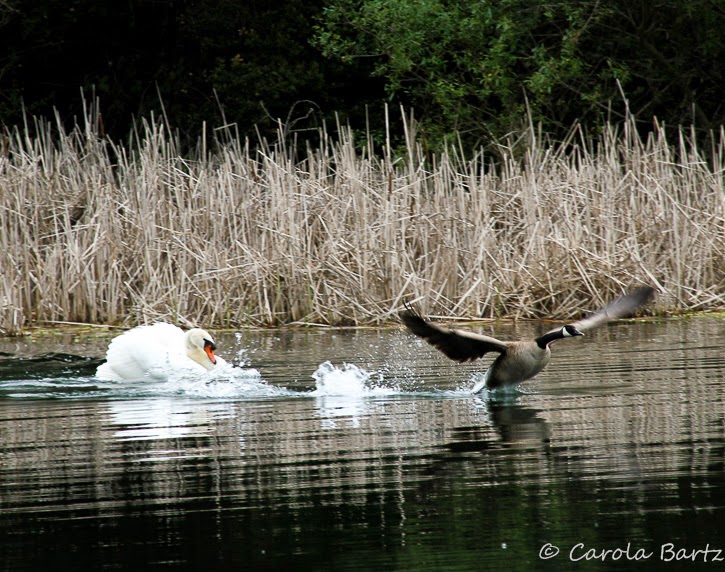 Very satisfied with himself and his success the swan showed everybody around who was the master of the lake in this area. 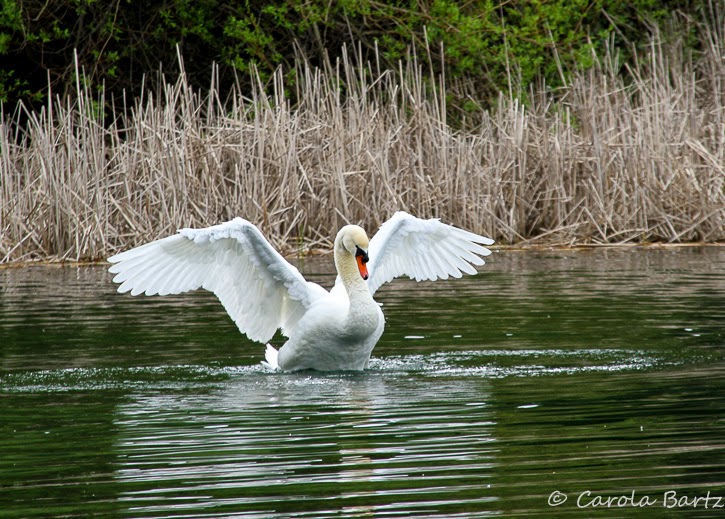 He then returned to his nest and groomed himself thoroughly. 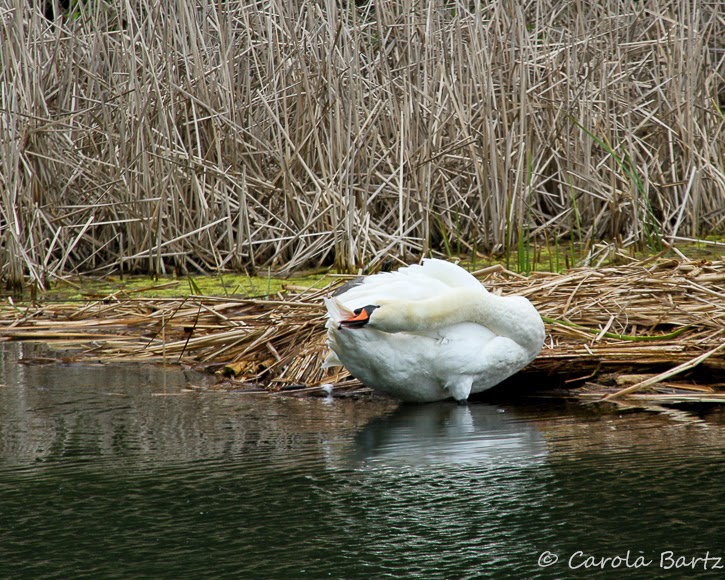 Wagging his tail proudly. But wait - who is sitting there on his nest? Who has witnessed the entire drama completely unmoved? 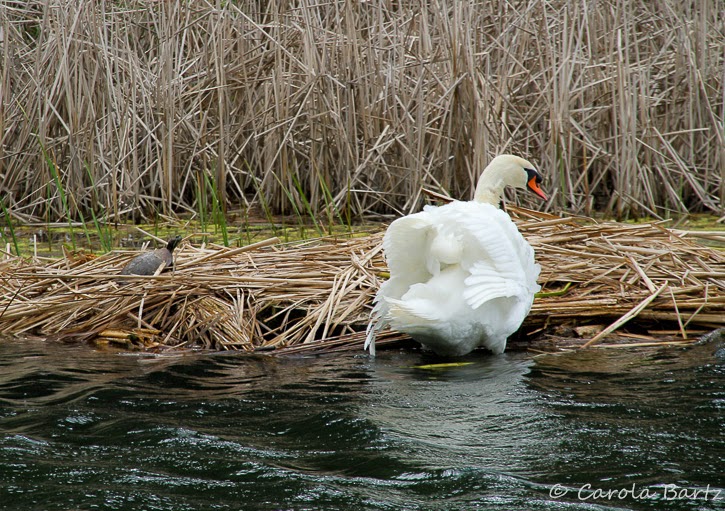 You can almost see a stiff upper lip! 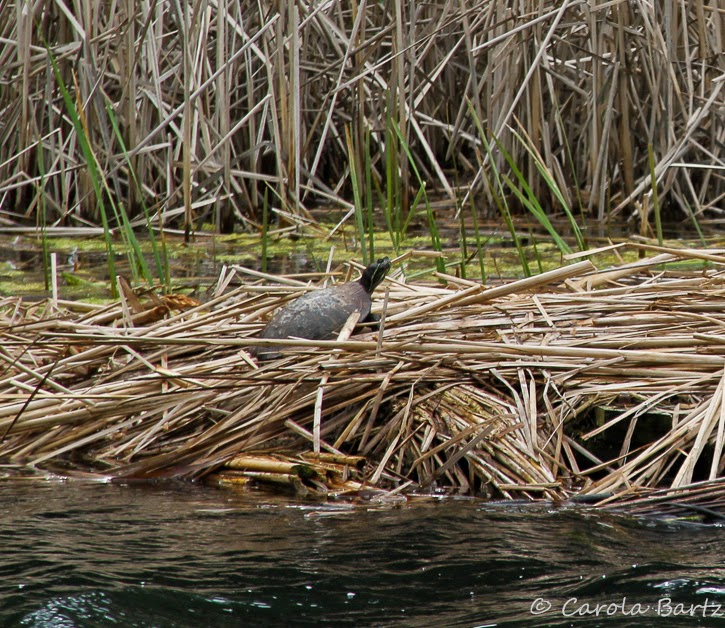 Oh wow! Awesome post Carola! Love the action shots, and that swan is a real beauty!

What an amazing thing to see. Love your photos.
Pecking order is very real we have observed.

What a fantastic series of photos and a wonderful experience you must have had taking them and watching the drama enfold.
Do you know that in England by tradition, all the swans belong to the reigning monarch!!!
Jo x

LOL! Critters of all sorts are wanting that nest.

Carola, such interesting pictures of the swan chasing out the geese. I'll bet they thought he was one mean swan! I hadn't realized how much bigger the swan was than the geese. Have a great day!

Hi Carola, I love the way this turned out. Looks like the swan knows the turtle is armored. :-)

what a great story in photos! and how lucky for you to be there to capture it.

Wonderful photos Carola. The swan is so beautiful and strong.

Lovely captures, and the moral to the story, never bother a father swan when he's building a nest!

what wing spans on these guys...GREAT shots! ohhhh and that turtle is very cooooool.

lol, would you look at that sweet little turtle.

How interesting! I always see the swan photos of them just being "regal". Nice to see one in action!

Wonderful! What a marvelous thing to see. Thank you for sharing it with us. Swans are the most beautiful creatures.