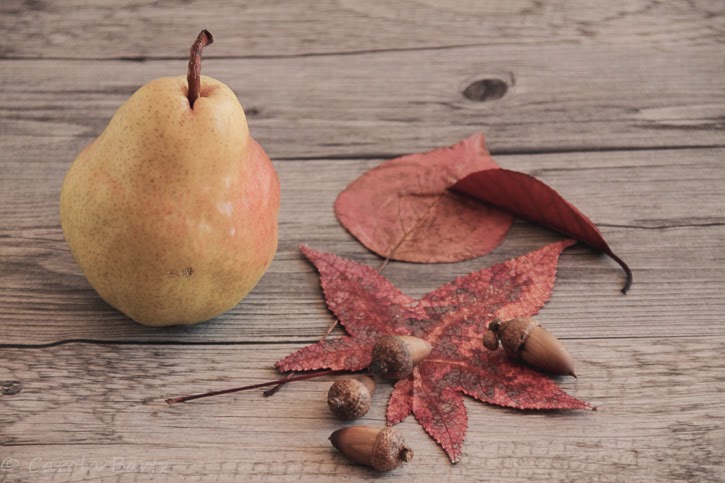 A few weeks ago, Kim posted a still life using a pear and some autumn leaves. It was an interesting combination, and then I saw them popping up on several sites. There were so many inspiring images that I decided to do my own with all what I've learned in Start to Finish so far. 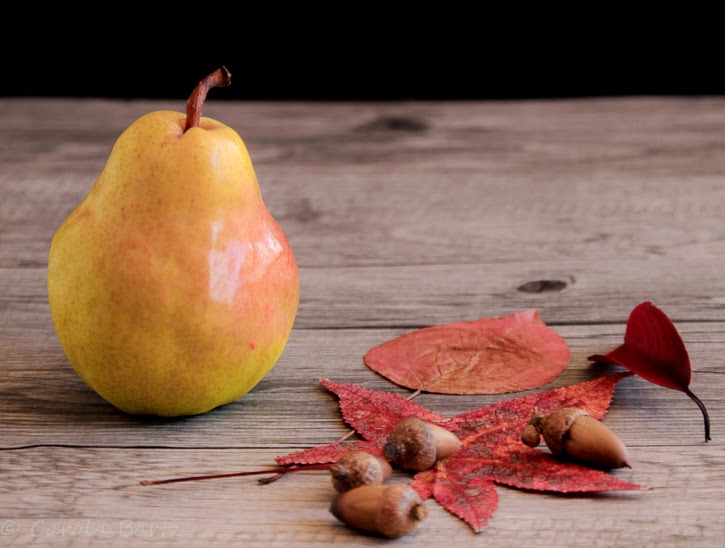 This photo is the only one in this series that is in "real color" - no textures, no preset. Just the way it was.

I have to admit that I'm not a big lover of pears. Most times I find them too hard. Where are the pears of my childhood that were soft and the sweet juices would run down your arm when you took a bite into the fruit?

So I went to the grocery store's produce department and bought ONE pear. For the sole purpose of taking pictures of it. Kaefer ate it afterwards. 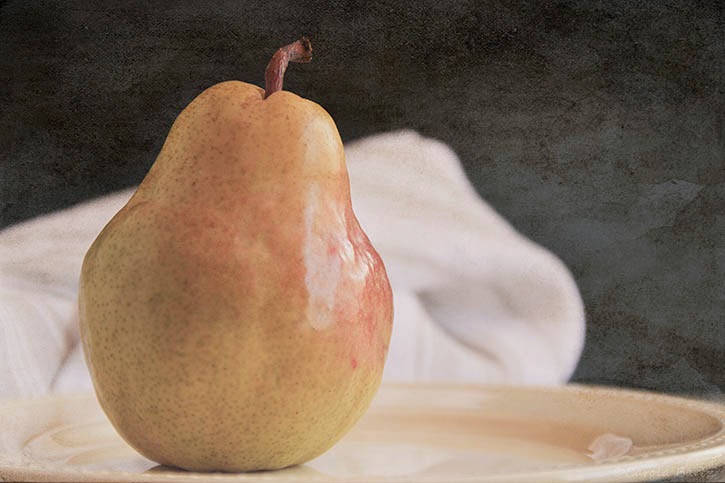 After applying Kim's preset "hazydazy" I used her texture "kk_wednesday", rotated it by 180°, removed most of the texture from the pear and then did a level adjustment of the texture only

However, photographing the pear was fun. Setting up one or two still lives as well. I had discovered this plate (and a matching bowl) a few days before in a clearance sale, and I was happy that I could use it for this shoot. 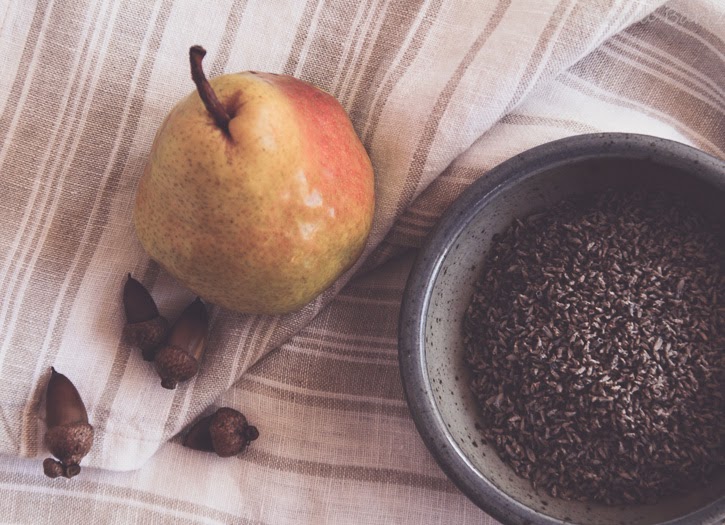 While I don't like pears that much, I do like apples. I had some in the house and I picked three of them - the reddest ones - for another shot on the plate. 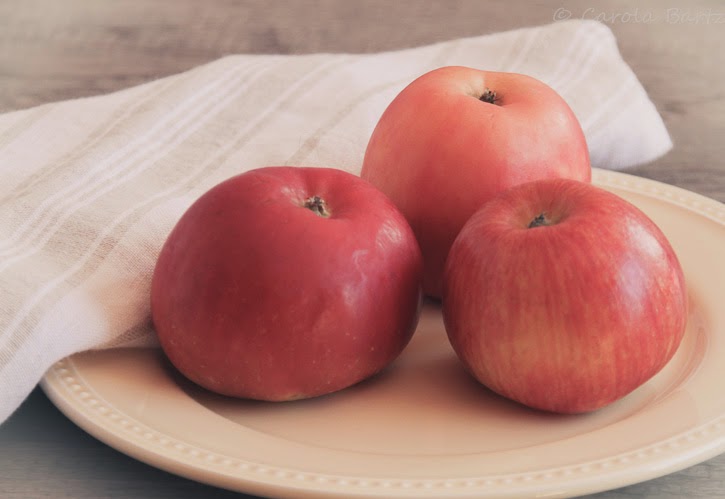 I am linking to Kim's Texture Tuesday - it's always wonderful to see what other people do with textures. It is so inspiring!

Great studies.
I'm not quite sure what is meant by a preset.

You have such a lovely talent of capturing images and delivering a fun post!

They are all beautiful…..

Awesomeness, love the Top Down as Kim would say.

Beautiful set of images! I love the one from above (that bowl is a beauty!). I believe that if you set pears next to apples (or bananas) in a bowl or bag - the pears will ripen to that soft sweetness that you remember :)

Very nicely done. Love the acorns in the photos. The contrast with the pear is great.

Stunning. And I agree with you about pears. Eating one many years ago caused my lips to blow up to the point I looked like one of the African women with the plates inserted in their lip - which I thought was a) uncomfortable and b) not a good look. I have avoided them ever since.
Apples? A good crisp apple is a thing of joy and beauty.

Beautiful shots! So many of us are photographing pears this week!!

The red in the leaves brings out the red streaks in the pear -- just beautiful. This makes me hungry for pears :)

You really captured the beauty of that pear.

Beautiful images. I like Bosc pears the best as far as eating. But all pears have such a beautiful, organic shape, wonderful to photograph.

Some lovely and unique shots here, Carola. I'm drawn to the pears with autumn leaves.

Pears have wonderful shapes so I can see why photographers like to use them in still lifes. And they seem to look great in so many photos. Maybe I need to buy a pear the next time I'm in a grocery store!

Wonderful picture series! We get delicious, juicy pears here, I enjoy them very much! Hugs, Valerie

Your talent with a camera is amazing. I don't know anything about all the settings and filters but I sure enjoy seeing the end results.

They are are really pretty, but I do like the top-down shots ... just love this series and theme.

So creative and so beautiful and fun!