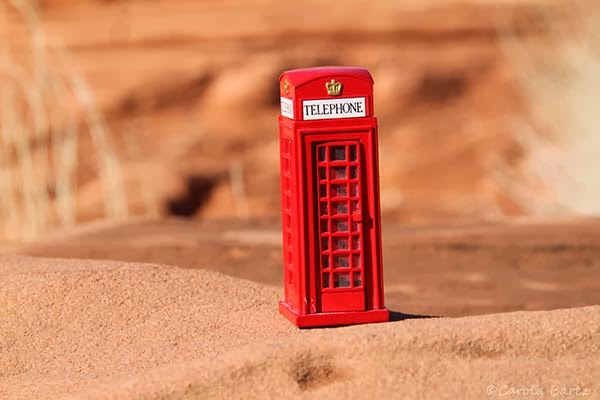 When we went to the Valley of Fire during Thanksgiving week, Kaefer brought this little British phonebooth with her. It actually is a pencil sharpener - hidden behind the door - that we bought years ago in London Heathrow. She loves to photograph objects in the places we visit. In the summer when we went to BC she brought a toy car (a mini cooper) and took pictures of it everywhere. At that time she still used her compact camera, but this time she learned how to use a DSLR. 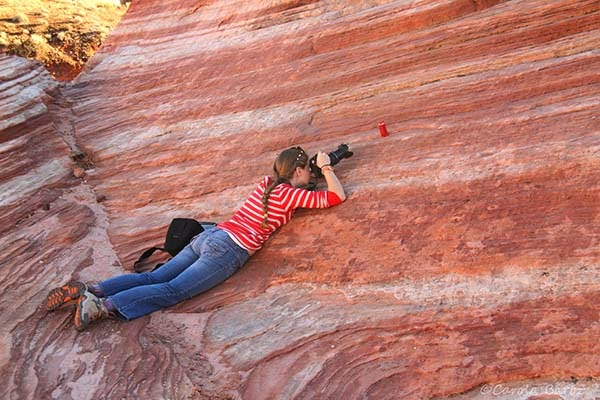 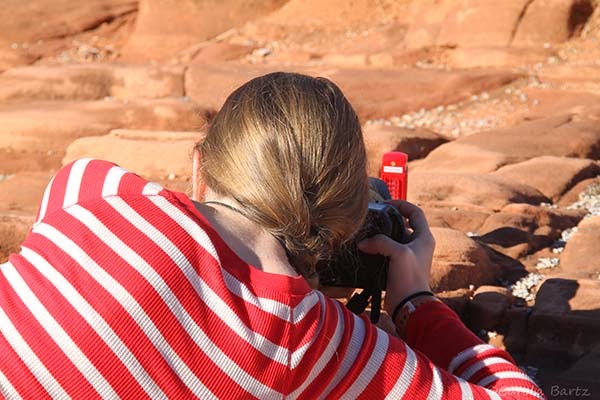 Wherever she saw a nice background, she put the phonebooth in place and then tried all kinds of pictures. It was fun to watch her, to see how much she was fascinated by using a big camera and play with it. Oh the possibilities! 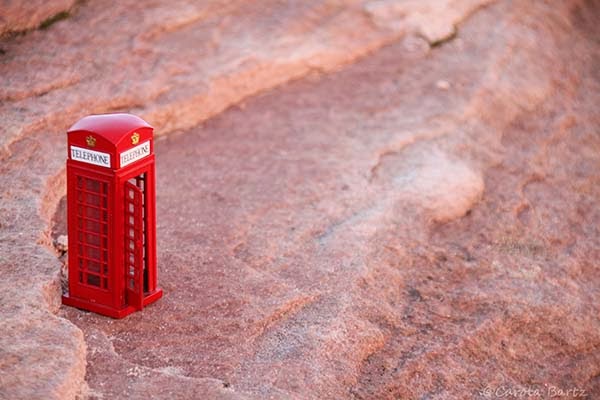 Valley of Fire offered many good locations for the little red phonebooth. 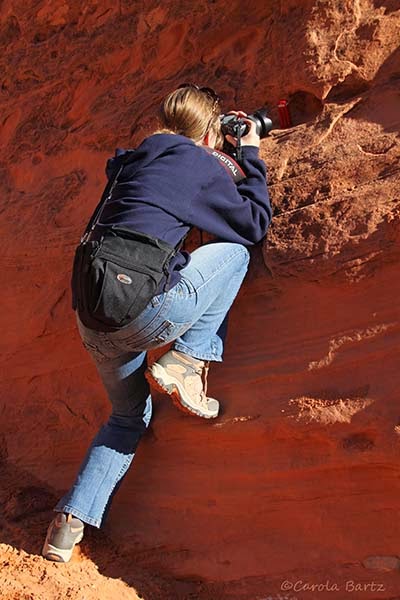 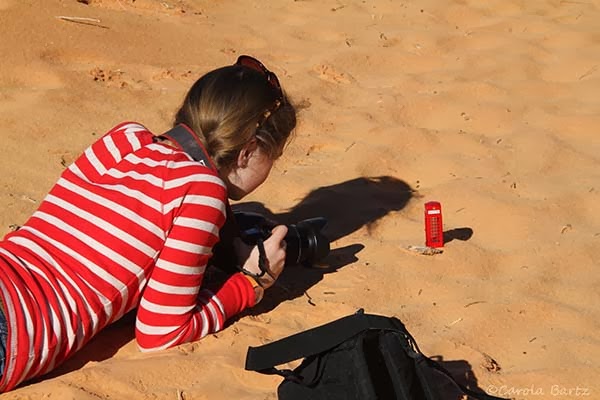 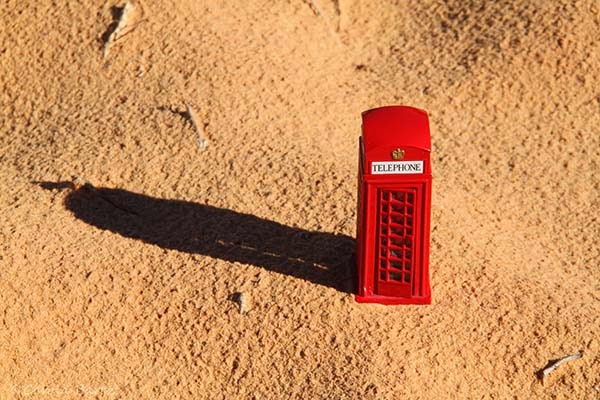 Then we went to Death Valley where we stayed close to the Mesquite Dunes which we visited the next morning. Needless to say, the phonebooth was there as well. The funny thing was that other people started to take pictures of the phonebooth as well when they saw Kaefer doing it; one English gentleman suggested to her to ask for a dollar per shot. Brilliant idea!! 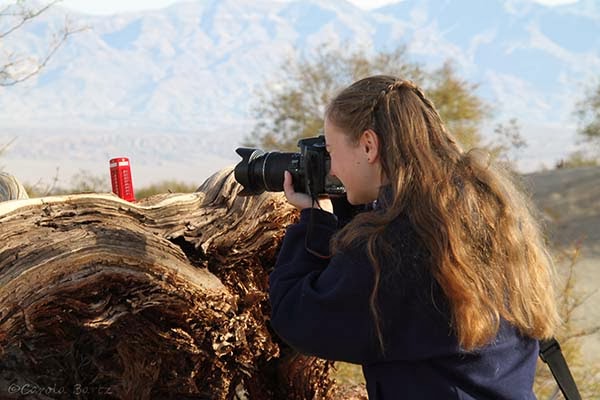 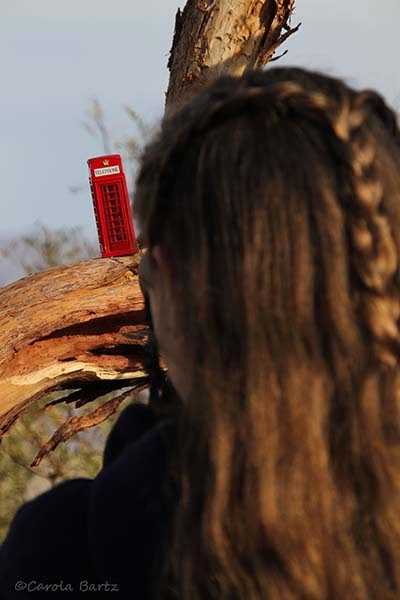 No location was too inconvenient or too cold or too hard. She has the right attitude. 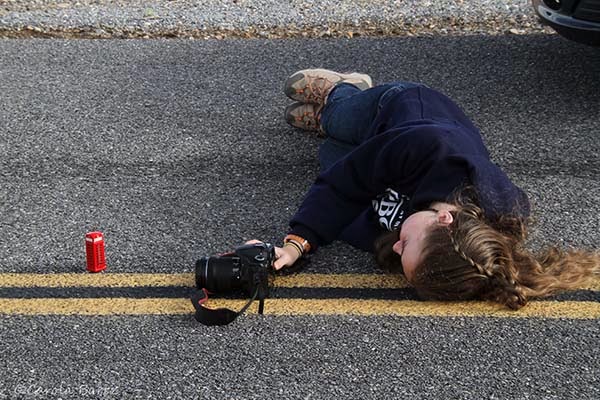 And at Lake Tahoe the phonebooth even sat in the snow! 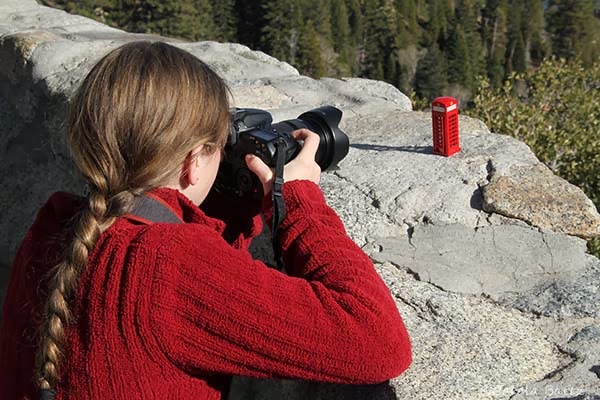 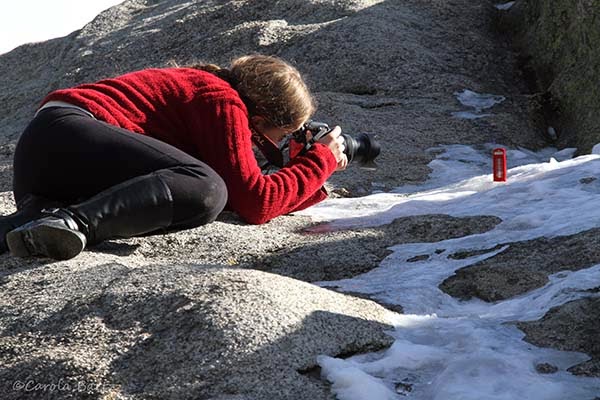 The phone booth is cute but the best part is watching your daughter learn to use the big camera. What fun!

Now there is a young lady devoted to her art!

What a great idea and a very good way to learn about a new camera ... looks like she's having a wonderful time!

This is so much fun and what a great idea! Could be a great book ;o) The traveling phone booth ;o)

What a fun activity! I love how you captured your daughter totally engrossed in her project.

very talented ! very Dedicated ! So much fun with a camera !

What a fabulous...fun...creative project. Love it!

What a funny idea - the pictures makes me smile in the morning :-)

I can't begin to tell you how thrilling this is to see, Carola...all of it, including YOUR images of HER! This is just beyond fabulous. You must be popping all your buttons!!! OMG!