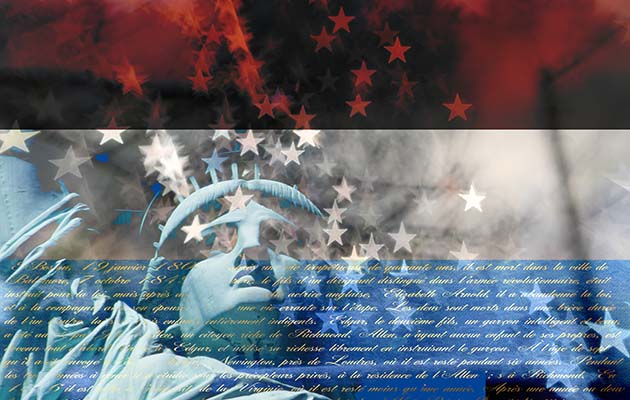 It's the Fourth of July, the day of fireworks and barbecue - and sales. At least that's what it seems like when you look around.

When I think of Independence Day, what it actually means to me, the answer is not easy. Growing up in Germany in the 60's and 70's we kind of avoided anything patriotic - a sad lesson from our dark history in the first half of the 20th century. We didn't wave any flags, we didn't sing the German anthem at school (and it's such a beautiful one). We cheered for the national soccer team, though!!!

So I always get a "funny" feeling about all the flags here in the US, especially those on pick-up trucks. Flying the flag for me doesn't symbolize Independence Day either.

What comes to my mind is this: 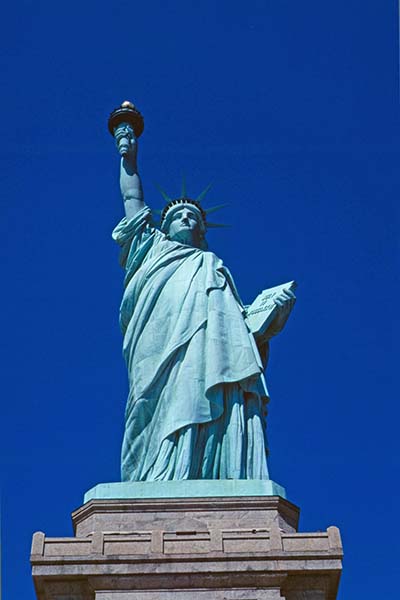 I still get a bit teary-eyed when I see the Statue of Liberty, this gorgeous present France gave to the US. I try to imagine what it meant to the many emigrants when they saw it after a long boat journey, often combined with fears - what was waiting for them on the other side of that big sea? This was the first they saw of their new home. What an incredible symbol. 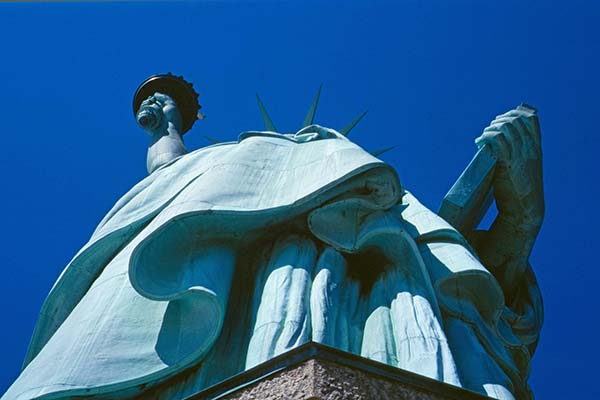 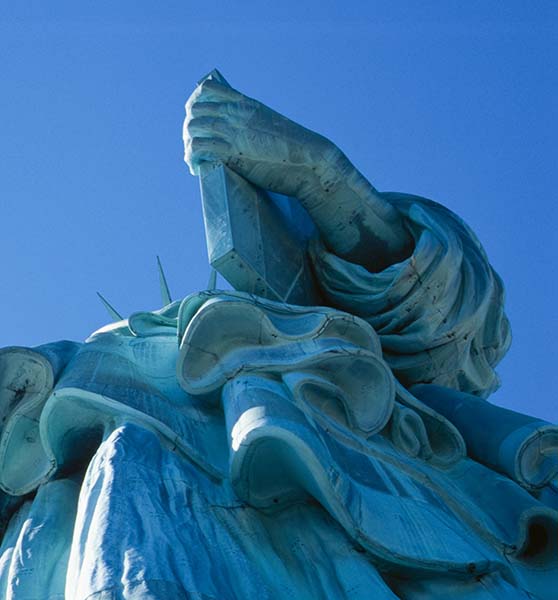 So often we take liberty for granted. Sometimes we even think liberty is that we can do whatever we want. It certainly is not. Liberty involves a lot of responsibility. Duty. Consideration. Respect. 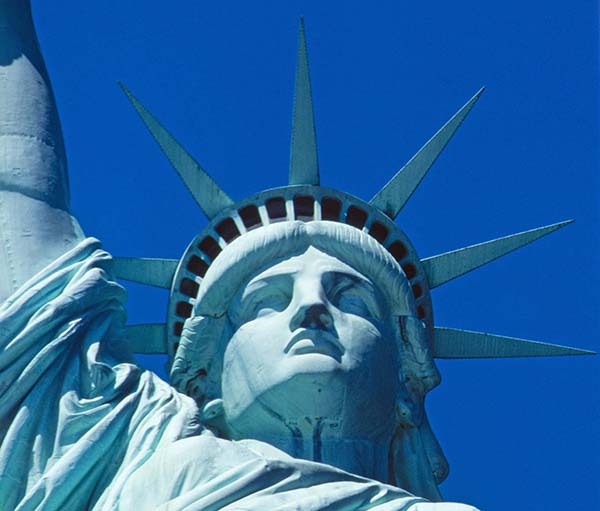 In 1997 the Geek and I (we were still dating and living in Germany at that time) visited the Statue of Liberty. The Geek was working in Allentown, PA for two months, and I took ten days off before Easter and we met in New York. We had a fabulous time. On one of those days we made the trip to Miss Liberty. It was a sunny day with an awfully cold wind. The first boat to the island was cancelled, and we stood at the pier in that freezing wind, huddling against each other and waiting for the boat, with hundreds of other people. Since this was the first boat, we didn't have to wait in line for getting into Lady Liberty and up to the crown. Quite an experience. I enjoyed the view of the Manhattan skyline, so different at that time from what you see now. Taking pictures from different angles of the grand old lady was exciting as well.


This is my favorite one: 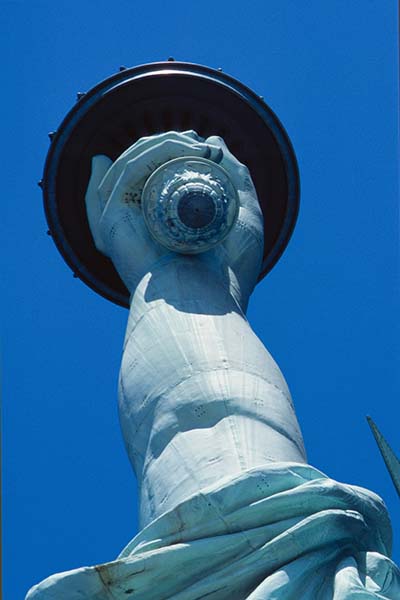 What does Independence Day mean to you?

Wonderful photos. We have been very patriotic over here with the Queen's diamond jubilee and there is more to come with the olympics. so few can sing the national anthem though!

Hey Carola, I really love what you did with the top image, fantastic! All the ones of the lady are great, too ~ good job!
have a wonderful day.

I like your photo merge! I'm not very comfortable with waving and soluting flags either, nor with "God bless America" as I hope God would bless the world. We are free in so many ways in this country and I am thankful for that.

What you have said in this post is something we often forget, that liberty is more than just doing what we want to do, that there is a lot of responsibility involved. I appreciate the reminder.

We sometimes celebrate Independence Day by going somewhere to see fireworks, but today is just too hot and we are staying in. I grew up doing the fireworks thing, going to family reunions and picnics.

Your images of Lady Liberty are fabulous!

Such a beautiful heart wrenching post Carola, being European too I know where you are coming from, I think of the Irish especially. I have never visited the USA but the more I talk to the bogging circle the more I would love to visit........

I enjoyed reading the perspective of someone who wasn't born here. We often take the things we have for grated and it is good to be reminded.

These are some of the BEST images of Lady Liberty I have ever seen, Carola. WOWSER!