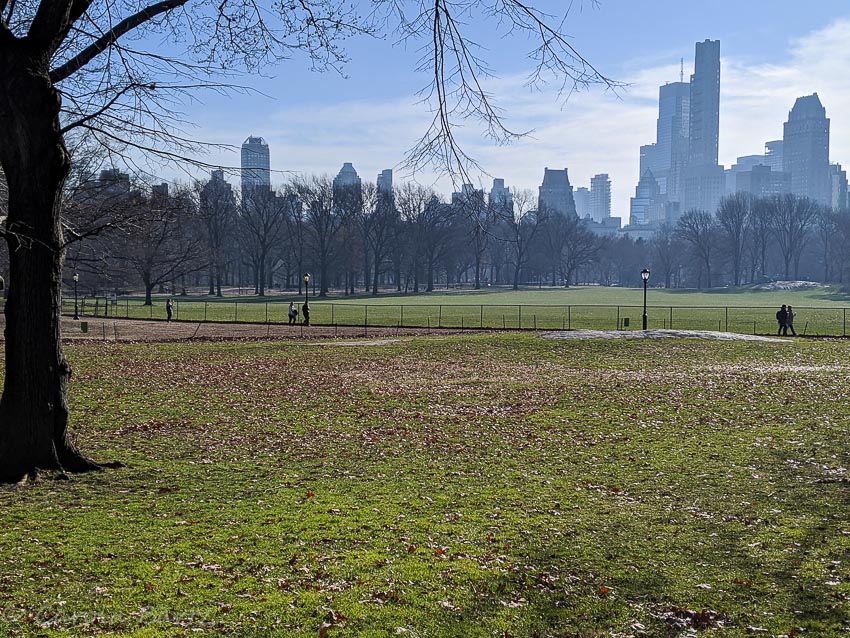 Set smack in the middle of Manhattan, in the midst of all the concrete and steel where nothing reminds of nature, there is a huge urban park - Central Park. It covers 843 acres and stretches along 51 blocks - if I counted correctly. When we walked from the Guggenheim Museum, which is across from the upper half of Central Park, to our hotel near the Empire State Building it felt like an endless stretch. But when you look at the "rock desert" around you, all those skyscrapers and multi-storied buildings, you understand that you need a huge area to get at least the feel you're in nature. 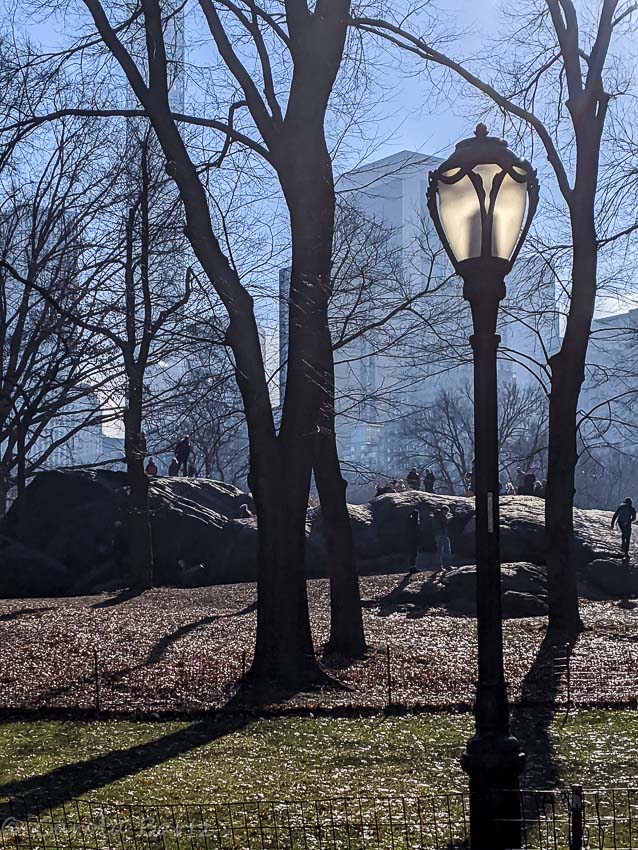 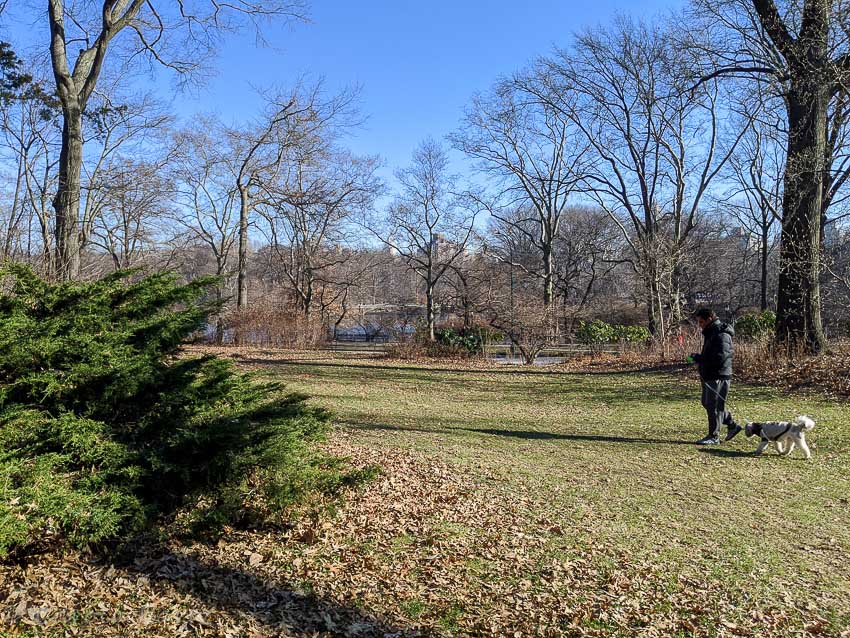 Central Park is a man-made park, designed by landscape architect Frederick Law Olmsted and architect/landscape designer Calvert Vaux. The construction of the park began in 1857 and it was completed in 1876. The site was originally occupied by free black people and Irish immigrants who had been living there in small villages since 1825. Approximately 1600 residents were evicted under eminent domain. 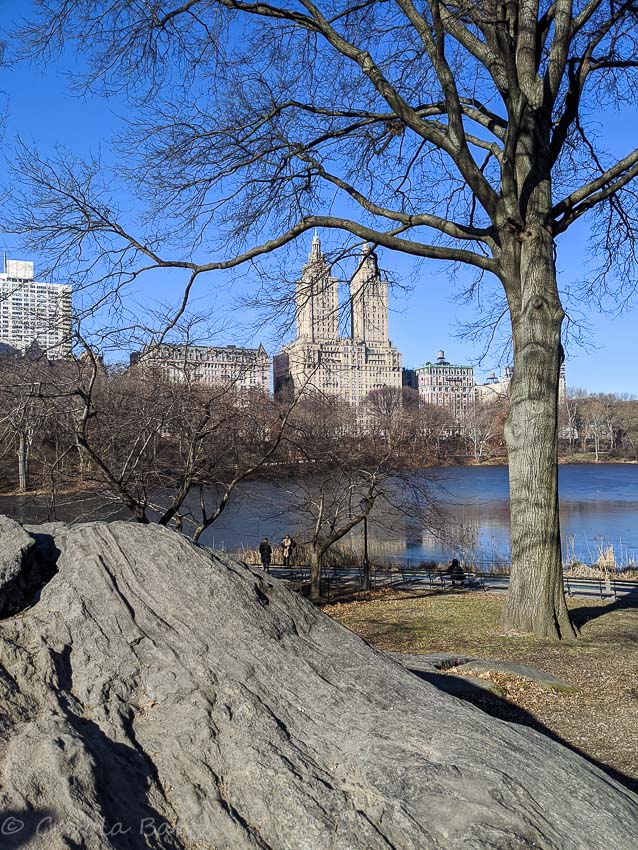 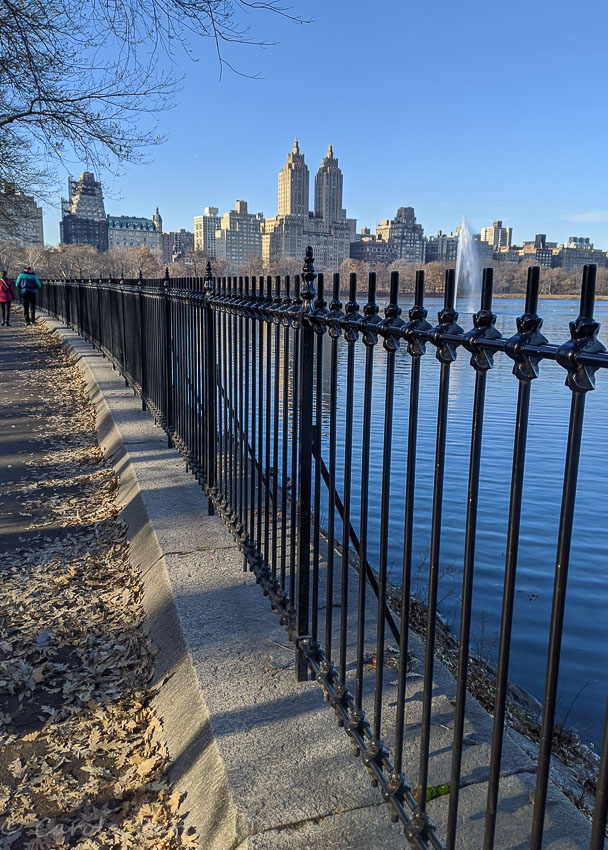 Central Park features lakes, many playgrounds, meadows and the Ramble, the only part were you find trails that are not paved. The trees in Central Park - more than 18000 - play the most important rule of  helping New Yorkers breathe a little bit easier. In one year, a mature tree will absorb more than 48 pounds of carbon dioxide from the atmosphere, converting it into oxygen. The trees also help to keep the city cool in the summer heat, working as natural air conditioners.

You can probably spend an entire day in Central Park, at least when the temperatures are a bit milder than on this December day. It was a sunny and brilliant day, but very cold. However, the bare trees and the partly frozen lake had its own charm. 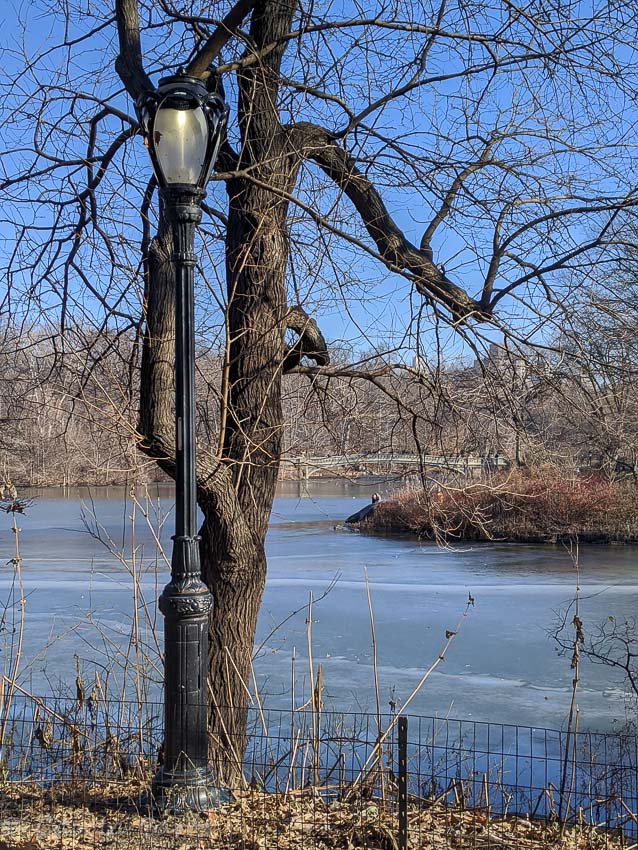 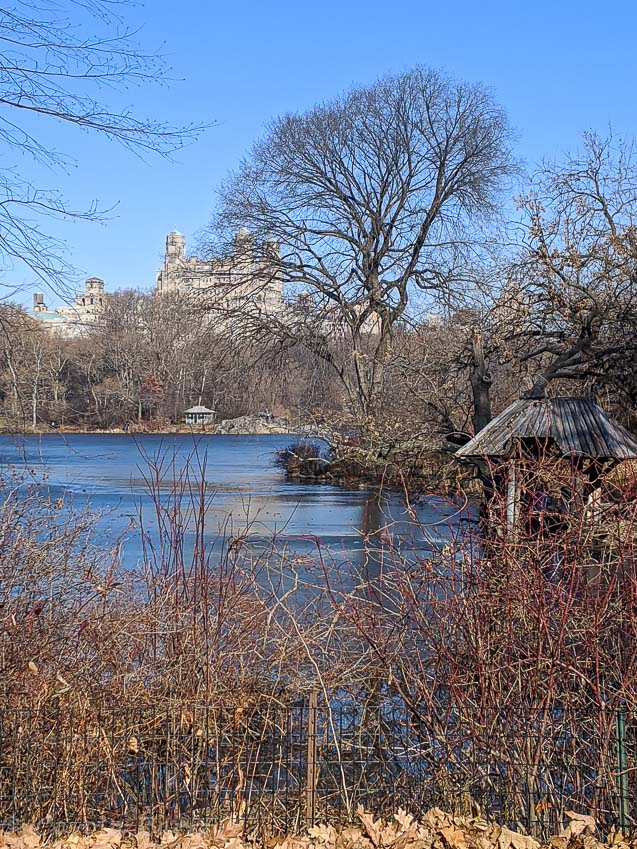 Central Park is great for biking and jogging or just strolling along the lakes and through the Ramble. You can also take a ride in a horse carriage, but I would highly discourage that - firstly, it's hideously overpriced and secondly and more important the horses have a miserable life.


It's a beautiful, calm and restful place, definitely an oasis if you live in a place like New York City. But in the end, I do prefer "real" nature and wilderness. 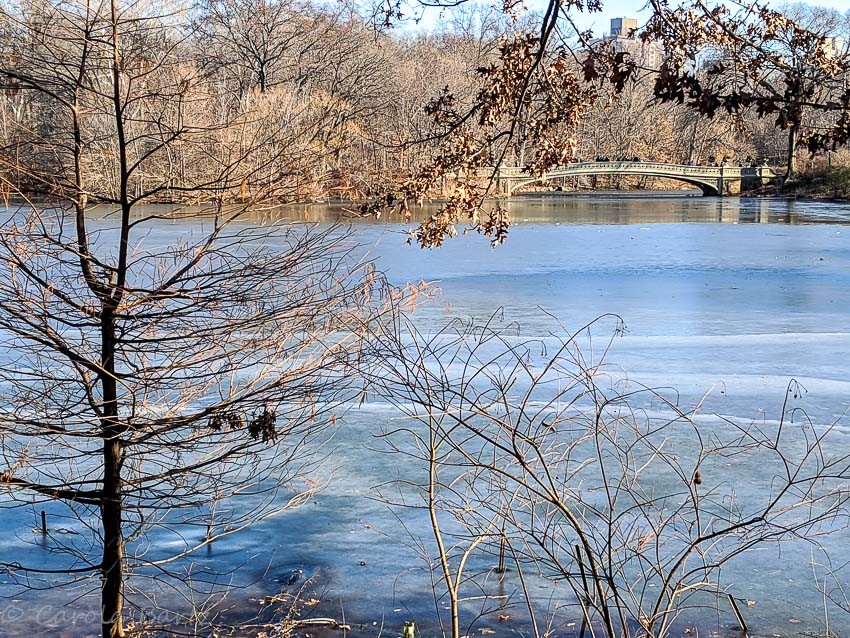 I hadn't realised (but probably should have) that the 'original' inhabitants were evicted. It is a great idea and Helene Hanff told me a lot about it in her books but like you I prefer my nature to be natural.

As you point out, Carola, it was a cold day, but I am still struck by the paucity of people there. I could not even imagine living in New York, but if I had to, Central Park would be a refuge. It is actually a bit of a magnet for birders in the spring,

Central Park is beautiful, but like you, I prefer true nature.

If one must live in a city, especially such a large city, having a natural refuge -- even if it is man made -- would be essential. Especially as winter turns to spring and works through the season. (I might give it a bit of a pass in the winter, but that's just the winter, not the park!) I'm glad it's there for the residents.

I love urban greenbelts and parks and always seek them out when I'm in a city. It looks like a blue sky day even if it was chilly. Perfect for your photos.

Living in New York always appears so stressful, I'm sure the people near the park love having the open greenery even if they aren't there every day. And they really pay for it -- real estate facing the park is even more horrendously expensive than the rest of the city which is beyond most ordinary budgets already. For someone who lives in a small town like me it's unimaginable.

Your history of the park is interesting. You often hear about the designers, never about the people who lived there before.

For those who live in cities, it is so important to have some green space.
I did enjoy seeing your photographs.