You have heard me talking about bread often enough. Coming from Germany I am a citizen of the "bread nation" - quite frankly, Germany has the best bread in the world. It's something I miss daily.

So finally I took the plunge and started to bake my own bread. It all began with this: 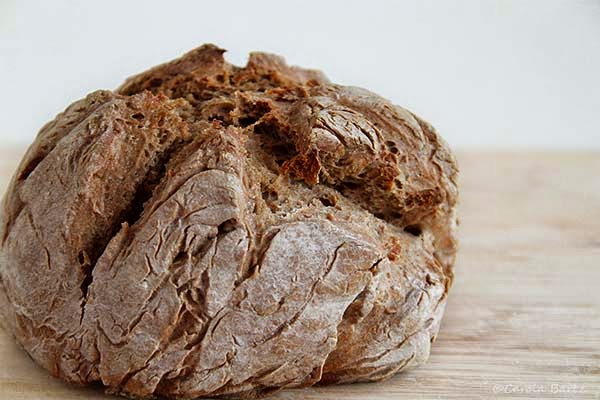 This is a Bauernbrot (farmers bread) made from a German baking mix that I found in a German grocery store in Kelowna, BC last summer (that store could make me move to Kelowna or somewhere in the Okanagan Valley). It was yummy and eaten in a day! It made me want for more. I started to look around Pinterest which has so many delicious recipes, and there were quite some bread recipes among them. However, some of them were by true bread experts that I had a hard time understanding what they were talking about (even though they were in German!). I needed something for the beginning bread baker who had no experience in this special art form.

Finally I found this recipe for an "authentic German bread" - a rye bread which is my favorite. I printed the recipe and started to work.

The first challenge was to find fresh yeast. It's something you find in every grocery store in Germany, right next to the butter shelf. In American grocery stores, however, - not so much. I had first tried Whole Foods because I thought that would be my best bet - what was I thinking? People who can afford to shop at Whole Foods don't bake their own bread! No fresh yeast. And not a big offering in various flours either. 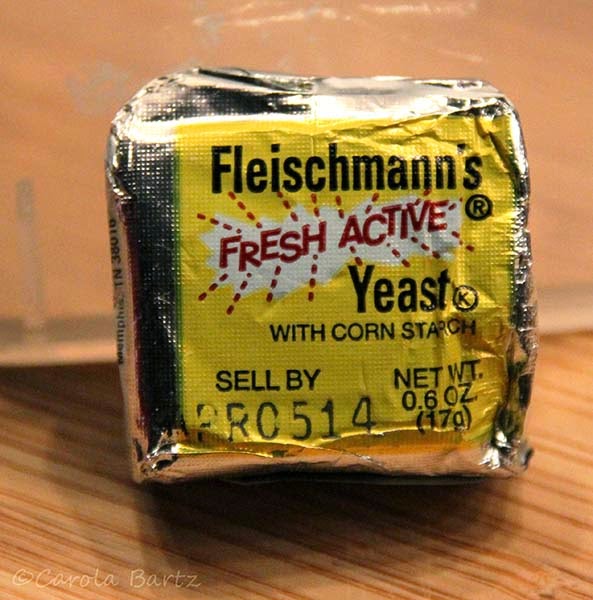 I finally found it in a local grocery store that also carries a vast variety of (organic) flours where I found the rye flour I needed. Finally I could start trying out this recipe.

When I first read the recipe I was quite surprised about the amount of ingredients, but since I was a complete newbie to bread baking I followed the recipe exactly. The result was that the starter, while it was sitting for 24 hours, crept out of the bowl and spread over the kitchen table, creating a terribly sticky mess! What a start(er)!! However, I soldiered along and finally baked the bread. While it was quite tasty it was a bit hard and resembled more a brick.

But that didn't discourage me - on the contrary. I always try a recipe first by exactly following the instructions and then I make my changes. So I tried this recipe again by dividing all the ingredients in half plus add two tablespoons caraway seeds. Well, I did forget to divide the amount of water for the dough and had to handle that somehow, but this bread already turned out to be so much better. The third try finally was the one we all liked. Hooray!

Ingredients:
For the starter:
0.6 oz fresh yeast (that is one cube, like in my photo above)
2 cups warm water
1 TBSP white sugar
2 cups all-purpose flour (APF) 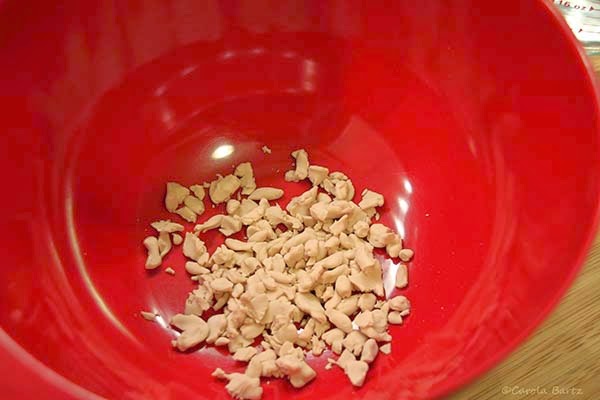 Whisk in the water and sugar until dissolved. 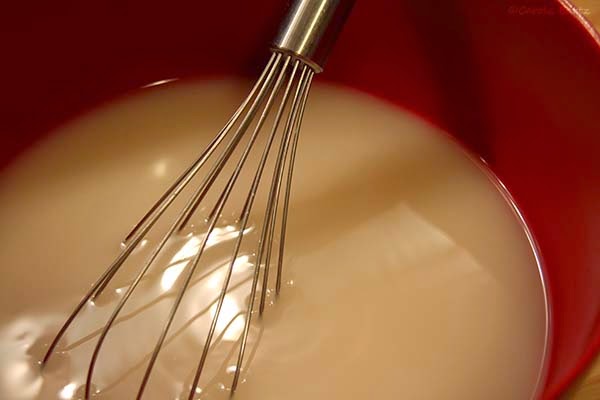 Gradually mix in the APF until all lumps are gone. 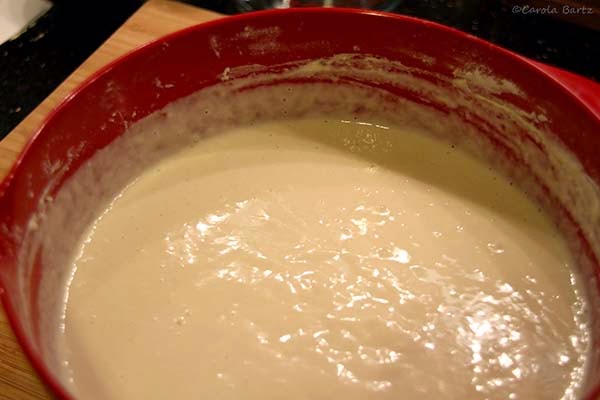 Cover with a dish towel and let sit for 24 hours at room temperature.

2. After 24 hours stir well, cover again and let it sit for another 24 hours (yes, this bread takes three days to make).

3. After those 24 hours, stir together the rye flour, APF, salt and sugar. Mix in the sourdough starter (it's best to use a wooden spoon) and then the warm water. 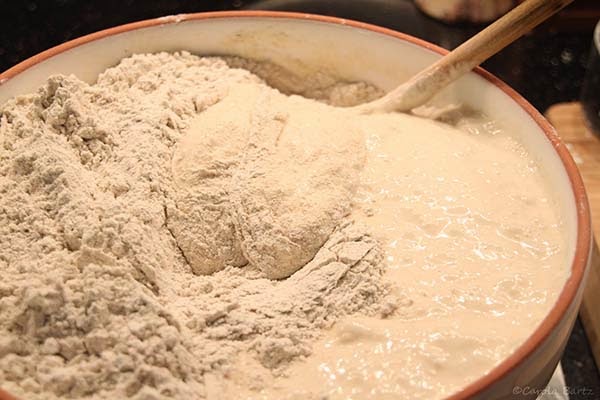 Add the caraway seeds and knead the dough on a floured surface. I always let my Kitchen Aid mixer do the first part part of the kneading, but eventually the dough gets too heavy for the machine, so you need elbow grease - a lot of it. The kneading is the hardest part of the entire bread making process. I knead it by folding the dough over, turn it, punch it down, fold over, turn it, punch down etc. It takes about 15 to 20 minutes of kneading (that's a workout!) to get a smooth dough. Place the dough in a large bowl, cover with the dish towel and let it rise for 1 to 2 hours until it is doubled.

4. When the dough has risen put it back onto a floured surface (it might be a bit difficult to get it out of the bowl since it will stick to it; you probably need to scrape it). Knead for about 5 minutes to activate the gluten. Shape into one big or 2 smaller loaves. Place on a baking sheet and let arise for another hour. When you poke the dough gently, your finger should leave an impression. 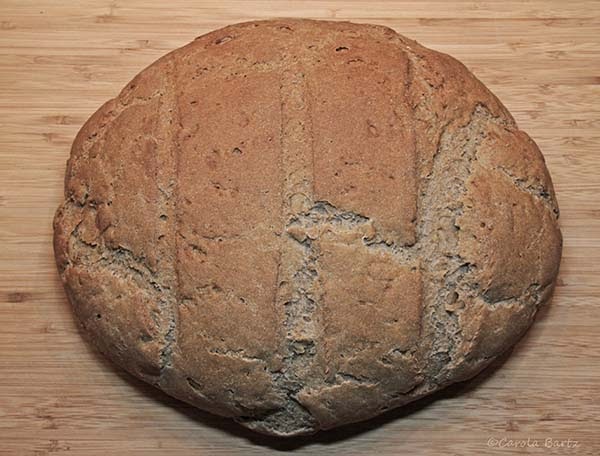 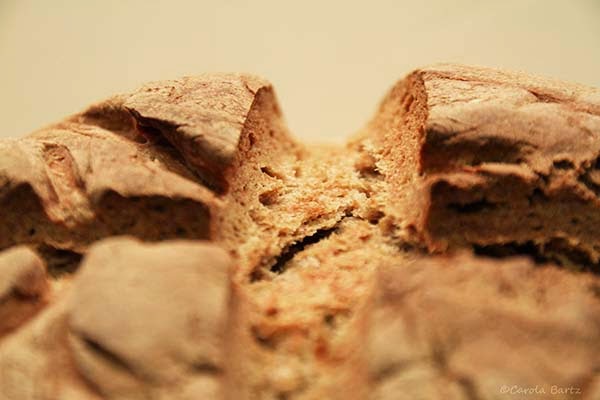 After that there is only one thing left to do: enjoy it! 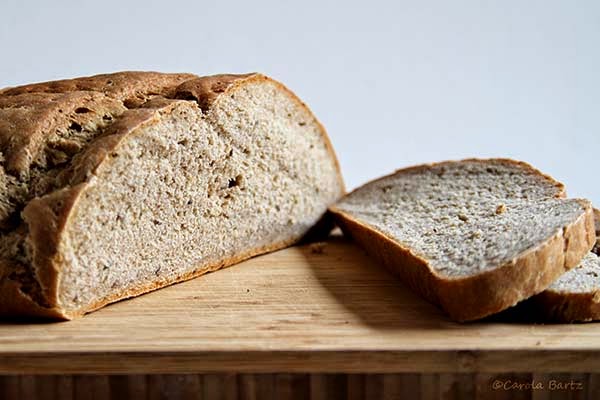 Ooohh, Carola! That looks yummy (I can almost smell it!!!) I will have to give that a go if I can find all the ingredients. We have quite a lot of polish supermarkets near where I work, and lots of those sell rye bread, so might sell the flour too.

There is nothing as good as homemade bread...yours looks delicious!

Congrats to you for persisting and finally mastering the technique to make your special bread - it's an art form in itself!

Homemade bread is the best! I started some years ago to make my own and never stopped since then. I hardly buy any now. And my first sourdough was all over the sink (where I luckily put it *lol*). Bread dough in the sink is NOT good! ;)

Beautiful bread! Yes, Germany has great bread. I haven't baked bread in a long time, but your post makes me want to try your recipe.

Your bread looks so good. I haven't had great success with rye flour. Maybe the double rising of the starter at the beginning helps things along when the rye flour goes in. I'm going to keep your recipe to try when the weather is cooler :-)

I love homemade bread! I can smell your bread from Canada ;o) LOL!