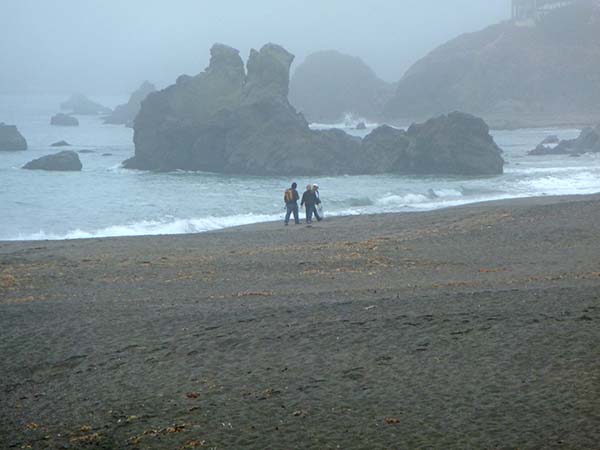 I had meant to write this post since last Saturday, but somehow I never got around to do it until this morning, Wednesday, four days later! The Geek needs the car this morning for a doctor's appointment, so it was his turn to take Kaefer to school and I have a blissful morning all on my own. What a gift!


So, last Saturday we participated in the coastal clean-up, went out to the beach with our orange buckets and collected trash. It was a typical grey day out at the ocean, but that didn't held us back.


There were quite some volunteers combing the beach for trash with their recycling and trash bags. 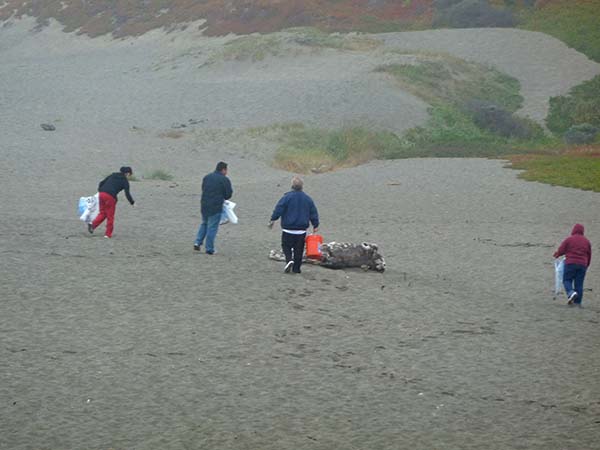 We had to keep track of what we found, and Kaefer was responsible for filling in the data. 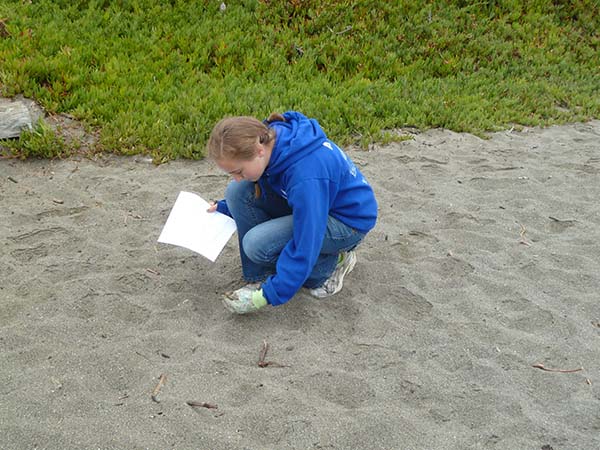 Kaefer and the Geek even got up the cliffs when they saw something hanging in the plants. 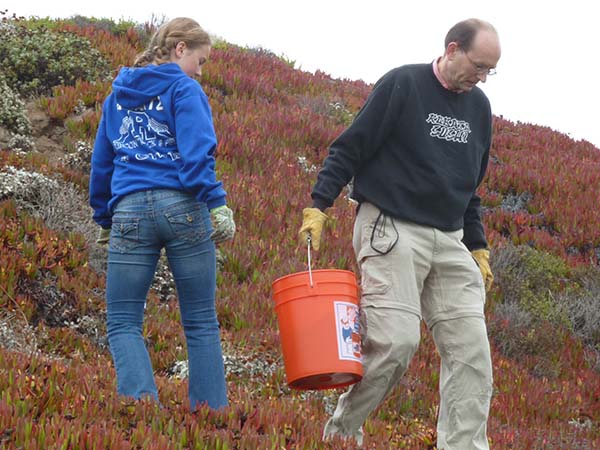 Empty bags of chips, tons of cigarette stubs and some old underwear.... 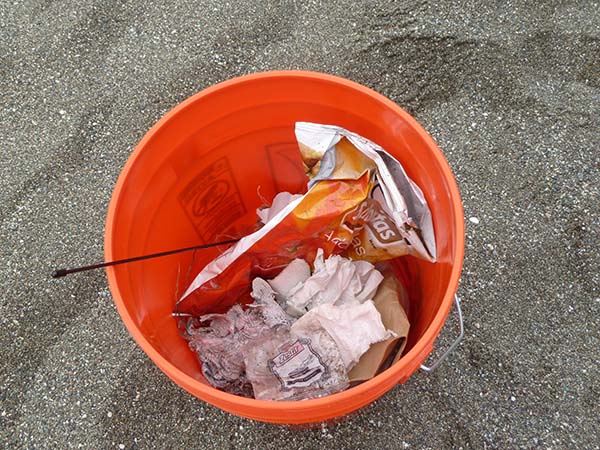 A bottle of alcohol and a soda can - you can tell from Kaefer's face how "enthusiastic" she is about those finds. 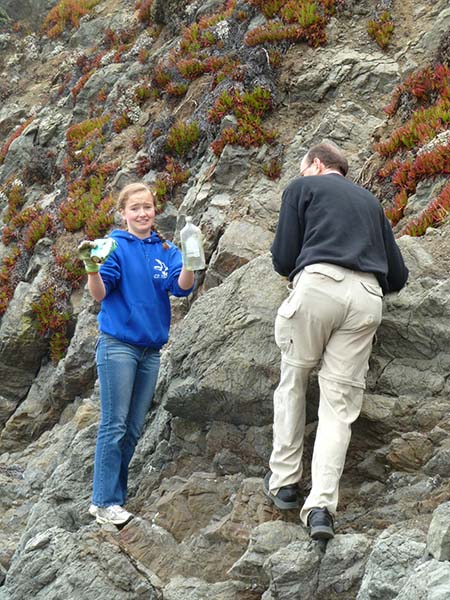 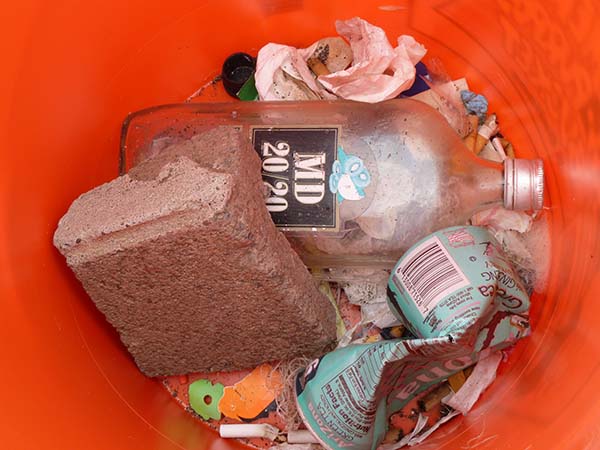 But all in all, we were quite surprised how clean our beaches already are. 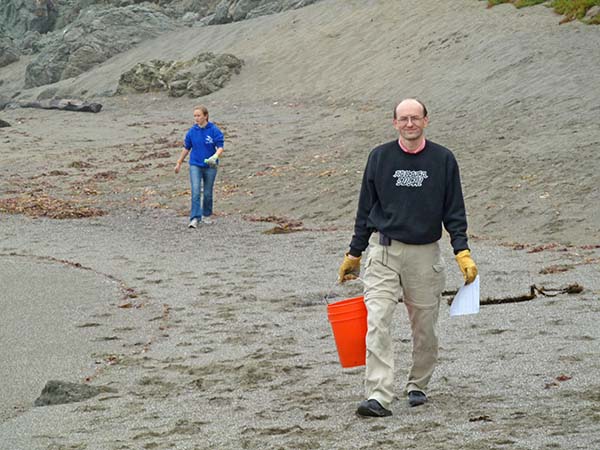 Afterwards there was a barbecue at Bodega Dunes for all the volunteers. It was quite a cheerful crowd and we met some very nice people. But before that, we went down to that beach, and just about 600 feet from the shoreline there were two whales swimming - it was the cream on top of an already beautiful day! 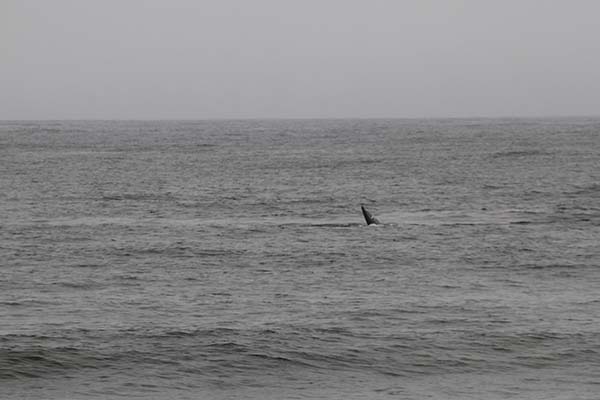 Bravo to you guys! The whale sighting must just be karma.
Rinda

What a wonderful event! And aren't whales amazing creatures?

Oh. The beauty of whales. A reward for a job well done.

Wow sounds like a very productive and bountiful day!
Your daughter is adorable!

Nice shots of your beach clean-up! Thank you for helping take care of our coast. I love that first shot with the rocks, fog, and water.

Yay - job well done! Sounds like a very satisfying day and so cool about the whale!!

Good for you all doing such an unthankless job, but one that needs doing. I guess you find all sorts of odd stuff on a beach. I wonder if any of the Japanese tsunami things might appear. I take it that you are on the west coast of the US, but I could be way off on that.

Great job! I will never understand why people can't throw there trash away.

what a great thing to do!

What a treat that the whales came out to say thank you for cleaning up their beach!

Well done you guys but why, oh, why don't people just take their litter home and make the world a better place. Kaefer will be getting an Olympic medal in with your blog candy at least as I stocked in on them for people who do good deeds. I might still be able to get something else too for her if they have any items still in the shop. don't tell her until the parcel arrives!
Just back from our college pals reunion trip to Tamworth. Speak soon,
Jo x

What I love the most about this is how fun it must be for Kaefer and the Geek to do such things together. Memories!