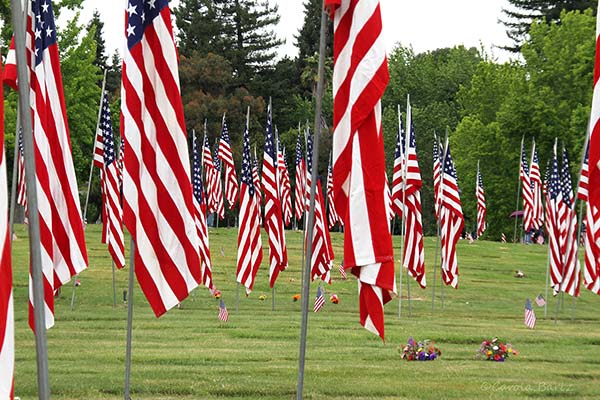 During the twelve years we have been living in California, we never went to the Memorial Day ceremony in our Memorial Park. Every year, the Annual Avenue of Flags is displayed there - I am not quite sure how many flags you can see there, the number must be in the hundreds plus the fifty states flags. It is quite impressive. 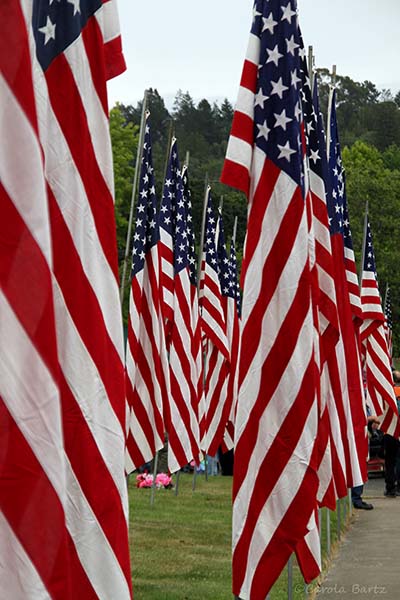 Most of the soldiers' graves were decorated as well, with small flags and flowers. 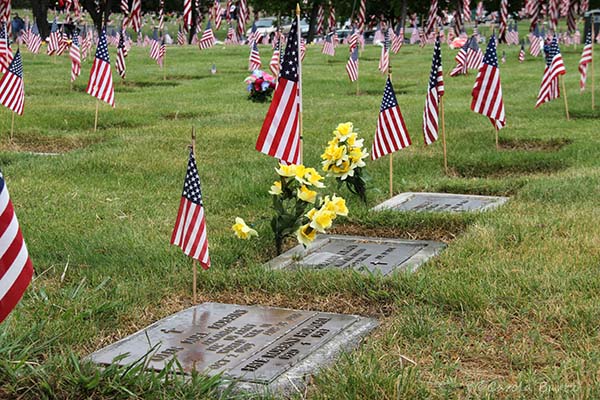 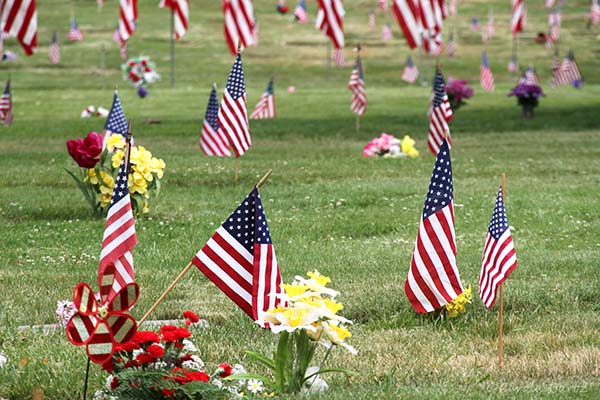 The celebration itself was touching, and I was impressed how many people had turned up despite the lousy weather. There was also a group of men (unfortunately I couldn't find out who it was) who sang the national anthem and "America the Beautiful" in such a beautiful way! Here they are: 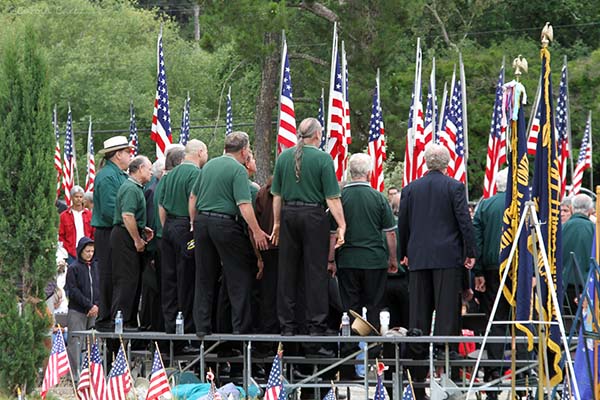 I had never experienced something like this in Germany. The military in my country is seen completely differently, and of course our history plays a role in that. After World War II my country has pledged that never again any aggression toward any other country would emerge from our native soil. Until July 2011 we had the draft which was not hugely popular. The Geek served in the German military. However, somehow our relationship to everything military is a bit crooked and can probably only be understood if you try to look a bit deeper into the "German soul". 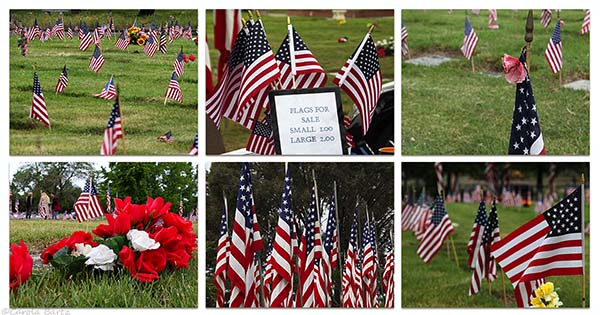 Even though I grew up with an ambivalence toward the military, I found this Memorial Day ceremony deeply touching. I was lucky enough that a veteran from Connecticut asked me about my camera and thus we started talking to each other. Of course (this happens to me so often), he was proud to tell me the few words he knew in German, and we talked and talked. He could actually understand my feelings about the ceremony. 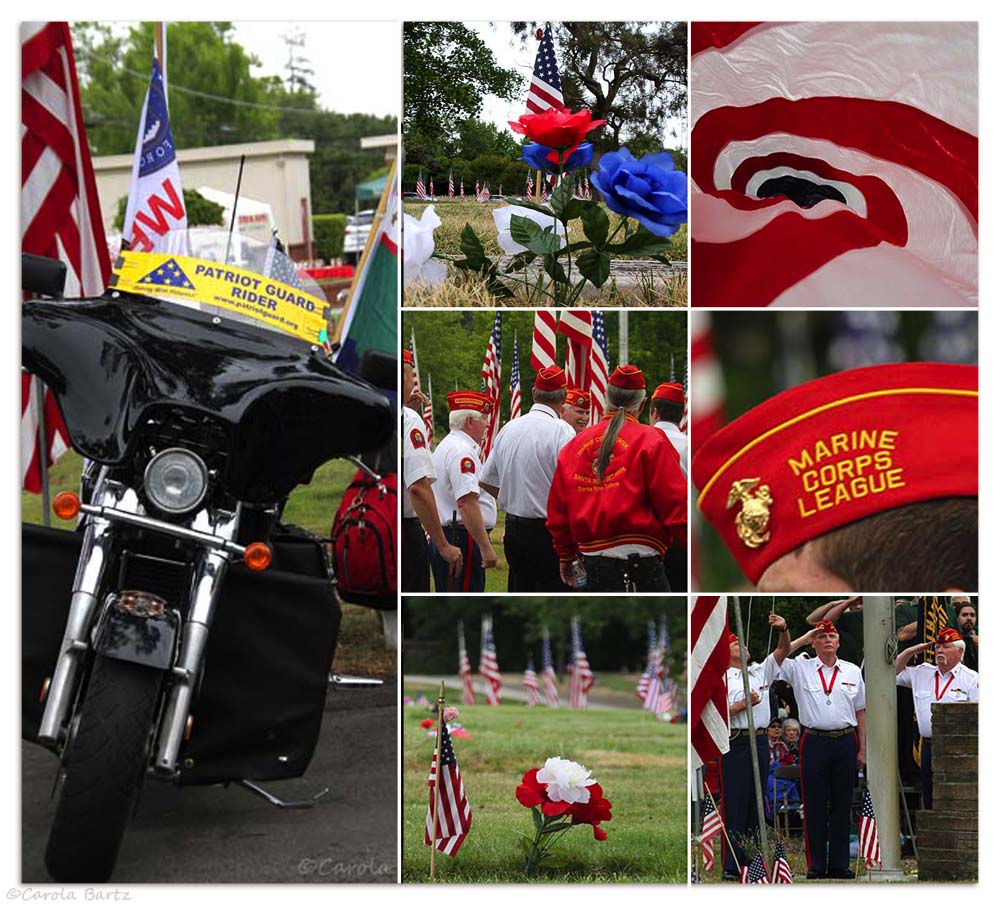 I'm ending this post with a sentiment what Memorial Day (and every other day for that matter) is about. Let us never forget the men and women anywhere in the world who serve their country. 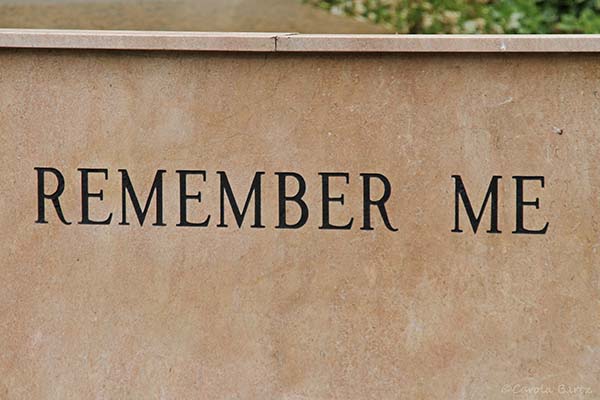 Remember Me is a perfect expression. Thank you. As the daughter of a German Jew I too am ambivalent (at best) about the military. And I think we too often forget that regardless of 'sides' everyone serving in the military is loved, and will be mourned by someone. Thank you for this post.

Thank you for this awesome post. I usually run a Memorial Day post talking about my dad's service in WWII, but I was preoccupied this week end. The photographs are stunning, too.
Have a good week,
Rinda

Beautiful post. Great photos. My son was in the service. I do remember always. Thank you.

By the way Carola, I'll soon be having a closed blog and I'm hoping you will accept my invite. I've been working on adding the names to my closed blog. Blogger sends out an invite and when it's accepted it logs your name in as an invited guest. I'm changing over because there are too many spammer's and others that are messing with my blog. I'm kind of liking it now. Still the same people and it's awesome. Please accept the invite as I'd hate to lose your visits. You should be receiving an invite soon. Thank you.

this is so beautiful, carola. makes me proud!

Fabulous pictures, makes the holiday all the more meaningful.

So lovely, Carola, and so interesting (as always) to read about your perspectives as a native of another culture. Thank you for sharing this!

It's been YEARS, Carola, since I went to a Memorial Day service...and that was back in my home town in Michigan while I was still in college. I did attend the parade in Brisbane, Australia, on April 25, 2008 (they say "Lest we forget!"). I was gobsmacked by the patriotism I saw there. I'll never forget it. If you experienced something similar in CA this year, I'm very pleased for you...and my own country!