A Beautiful Walk in the Morning 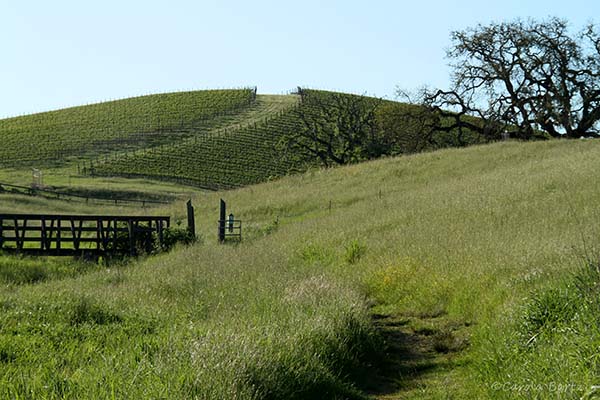 A couple weeks ago Kaefer had an early Saturday morning singing during a choral festival at the local university. It was a beautiful morning, the sun was just starting to rise, and I decided to take a walk in the nearby regional park. 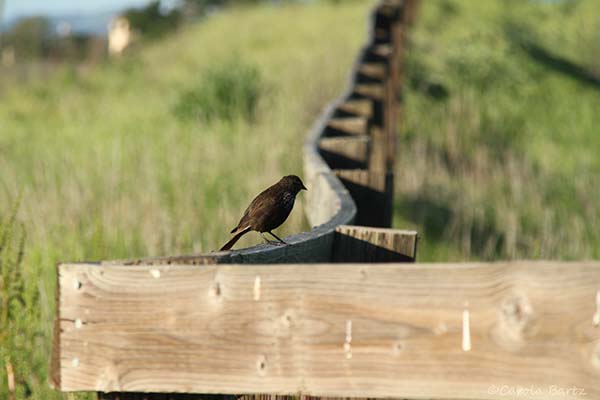 This little bird greeted me when I arrived. The sun had just crept over the hills, the light was golden and warm. The park is nestled in a hilly area among several vineyards. 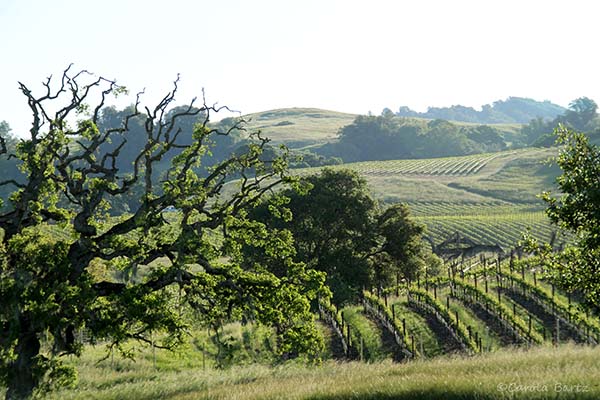 There is an abundance of trails in the park, each of them offering gorgeous views over wine country. I opted for the Poppy Trail into the park and then the Fiddleneck Trail for my way back to the parking lot. 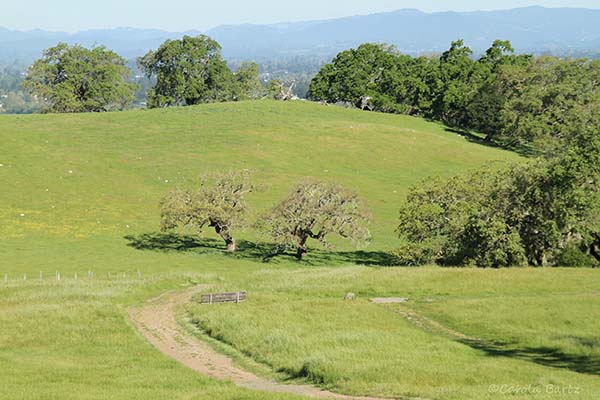 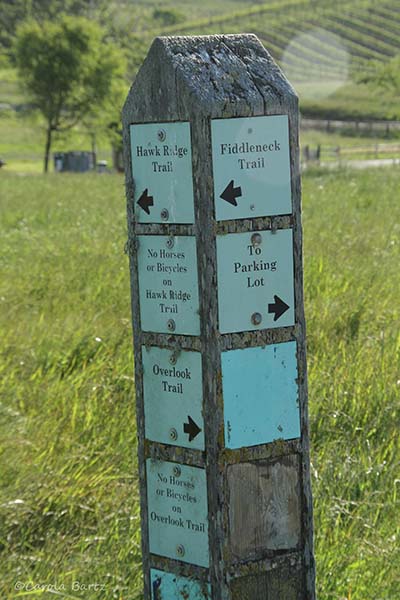 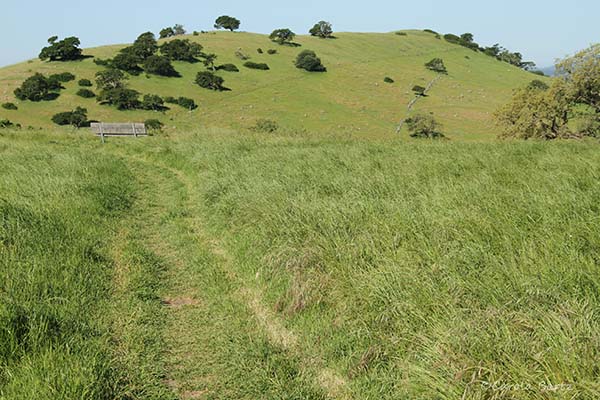 Since it was that early I had the place almost entirely to myself. I met only one or two other people while I was walking here. The park is full of beautifully shaped trees. 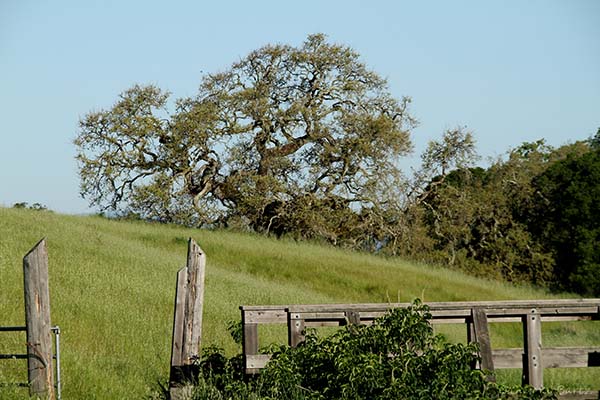 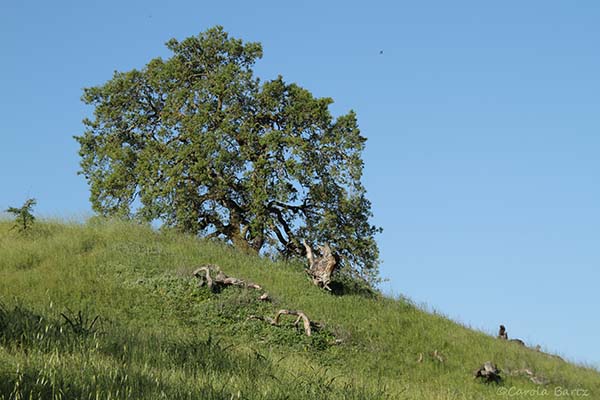 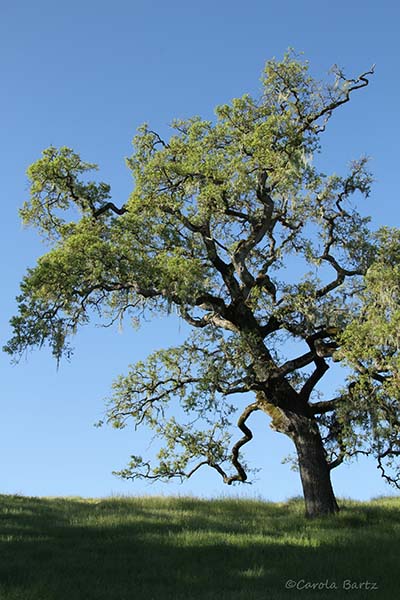 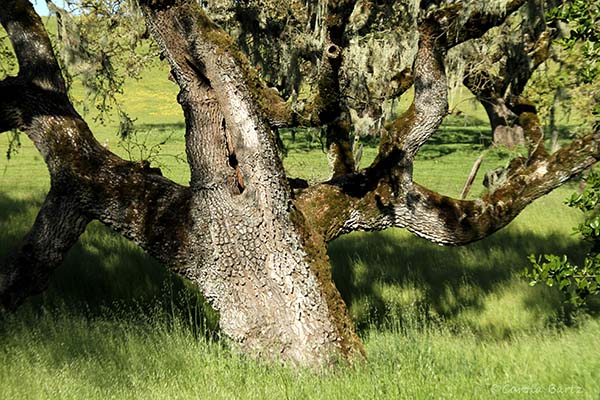 There were many wildflowers as well. This is one of my most beloved ones - when it is done blooming it gets a beautiful puffy seed head and looks like it belongs to some kind of fairy land. Unfortunately I don't know the name of it, but if you do, please let me know. 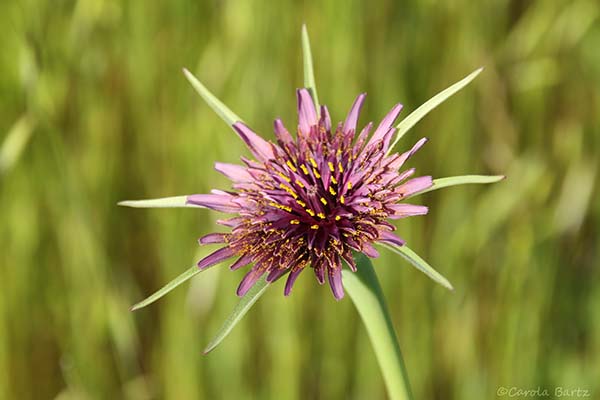 The air was filled with bird song, it was lovely. The most dominant was the very distinguished call of the red-winged blackbird. It's such a beautiful bird. 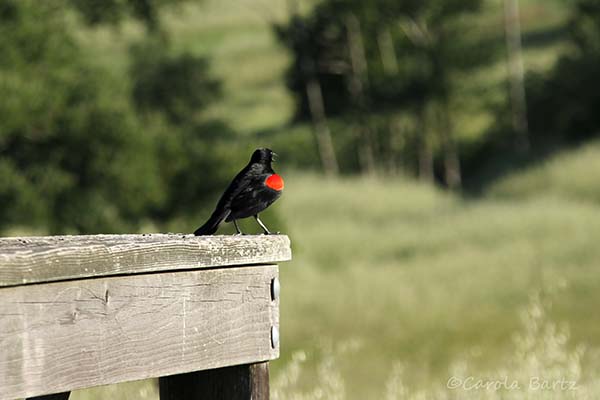 The Canada geese decided to hang out in the old trees. 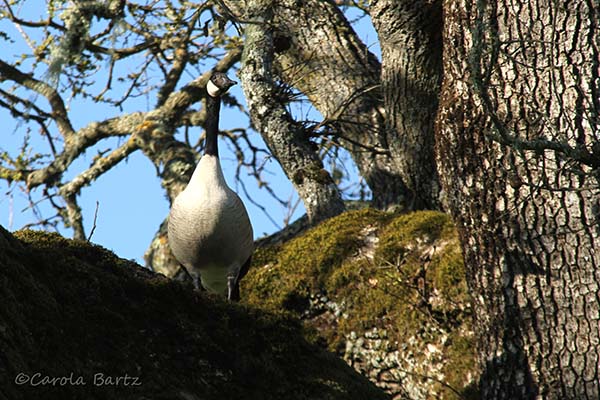 And of course there were fences - and you know who likes fences, right? 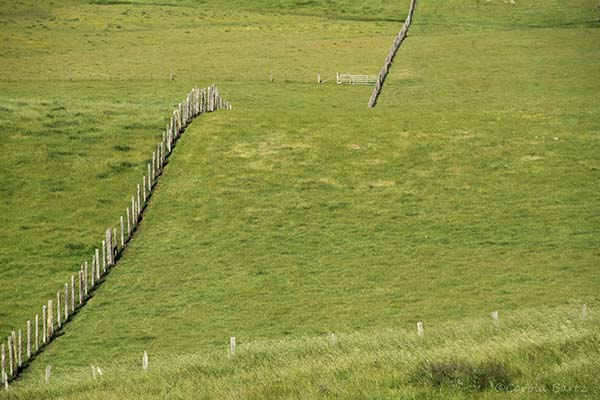 Many of the fence posts had big holes in them which made for some lovely shots. 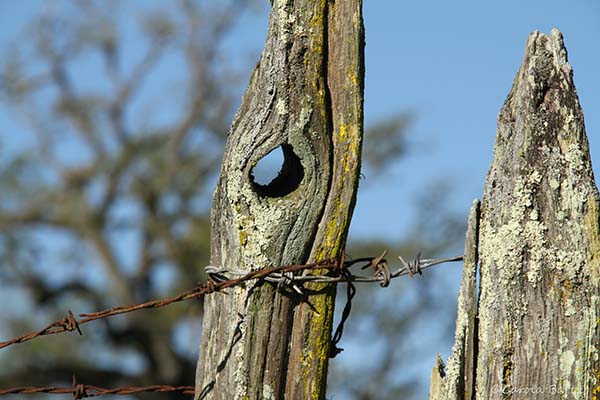 When I was ready to leave the park and pick up Kaefer again, the dog walkers had arrived. 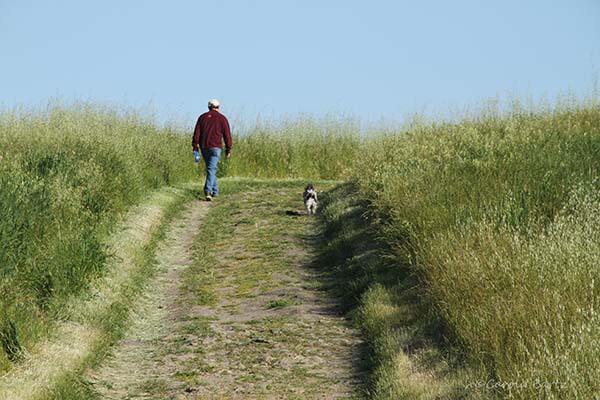 This early morning walk in nature - just me, the birds, the flowers and the trees - was just the right thing to do. It was relaxing and gave me energy for the rest of the day.
Posted by Carola Bartz at 1:50 PM

wow, what beautiful landscapes...fabulous shots...everyone a watercolor waiting to be painted:) A wonderful place to go walking for sure.

What a very glorious area to walk in.. Beautiful in every way.. Thanks for sharing. hugs Judy

What a truly beautiful spot. Between the landscape, the trees, the fences (I am also a big fan) and the birds that walk would have set me up for days.
Thank you so much for taking us with you.

The fence shots are terrific!!

What stunning photos, Carola! The rolling green hills are so beautiful, and the trees look wonderful! Good to see you enjoyed your walk x

Beautiful Photos ! Thank you for allowing us to share the pleasure of your company on the trails.

Such a beautiful place that I wish I could join you there! Your photos really give a sense of how serene and peaceful it is.

Just beautiful! I love the trails and light, it must've been so rejuvenating. Lovely photoseries.

what a beautiful area -- love all the photos.
Speaking of which, I've posted your postcard on my blog for the LYA 2013 bloghop. Enjoy!

Wow, I can't believe you had this place all to yourself! Such a beautiful spot! I would be there everyday ;o) Hugs ;o)

Gorgeous indeed! I love the first bird on the fence best of all, but I love all your fence photos!
Rinda