I Hadn't Seen The Sun In Three Days 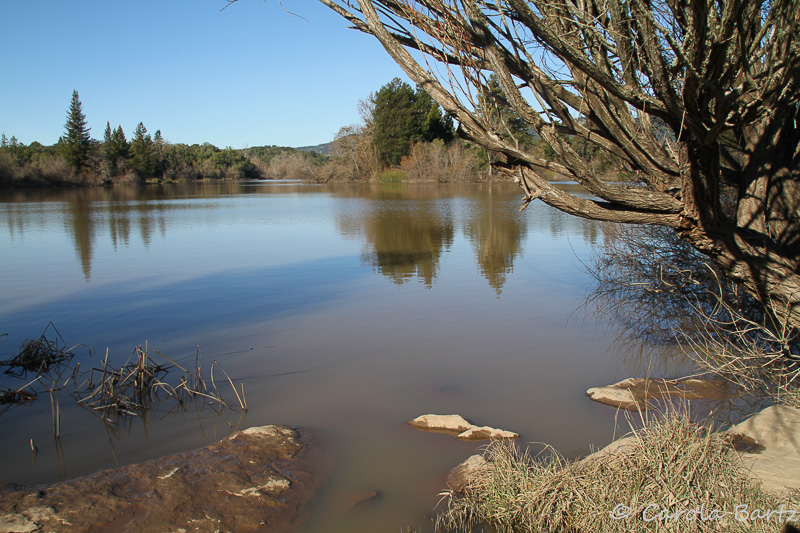 As some of you might have heard, we had some heavy rain in Northern California (and it's raining again!). While the rain has been more than welcome, the flooding that came with it in some areas was not. All the places at and near the river were flooded and many people had to evacuate from their homes. Anything that was close to water became very very wet - whether it was the vicinity of the laguna or "my" lake. 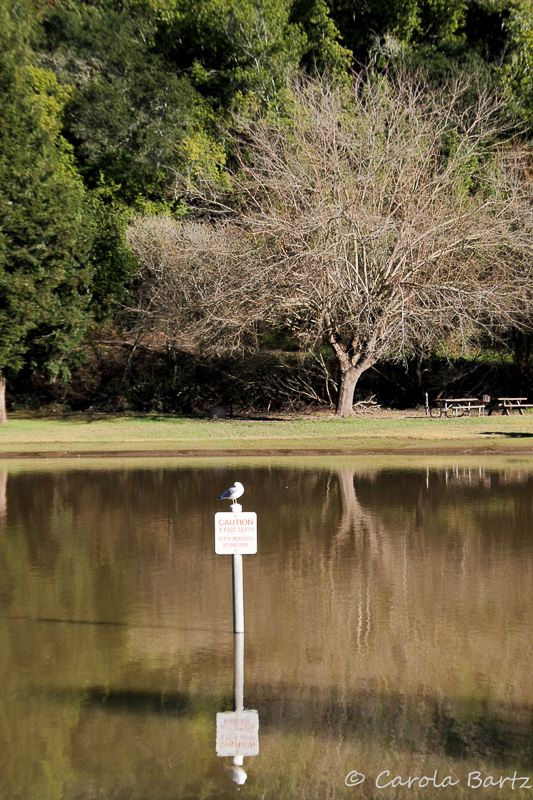 The lake - it's a regional park - was actually closed because the paths, trails, picnic grounds and parking lots were completely flooded. The rangers were traveling in canoes to evaluate the damage.

When the rain stopped the big clean-up started, and last Saturday the park was reopened. 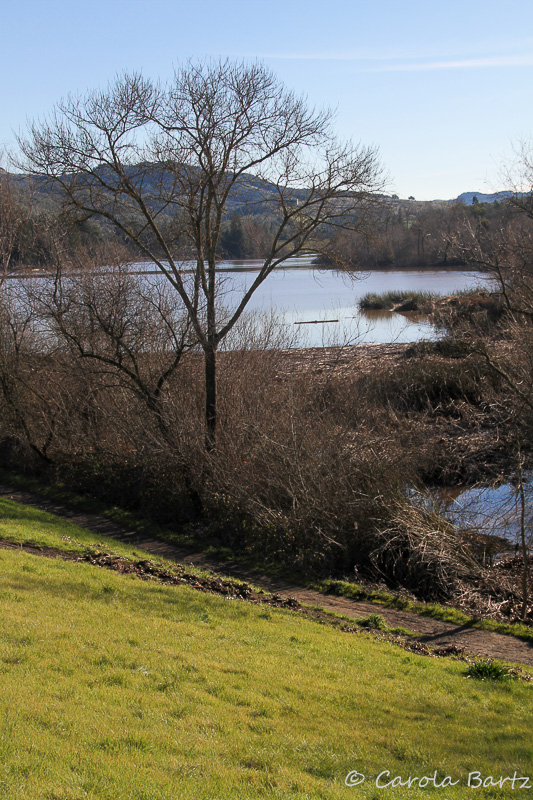 It was a brilliant sunny albeit chilly day, and since we had been indoors all week long because of the foul weather we happily laced up our hiking boots and took a walk around the lake. 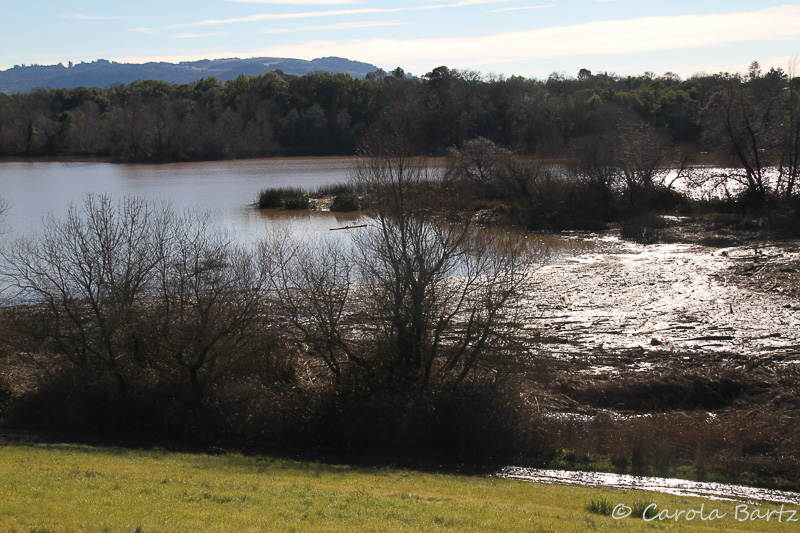 We were surprised how well the clean-up was done. All the paved trails were open and you couldn't really tell that just a few days before they had been covered in water and mud. The restrooms were still closed and so were my favorite dirt trails, and as soon as you left the paved path everything became pretty muddy. Our boots were caked with mud soon, but just being outside felt so good that we didn't mind. 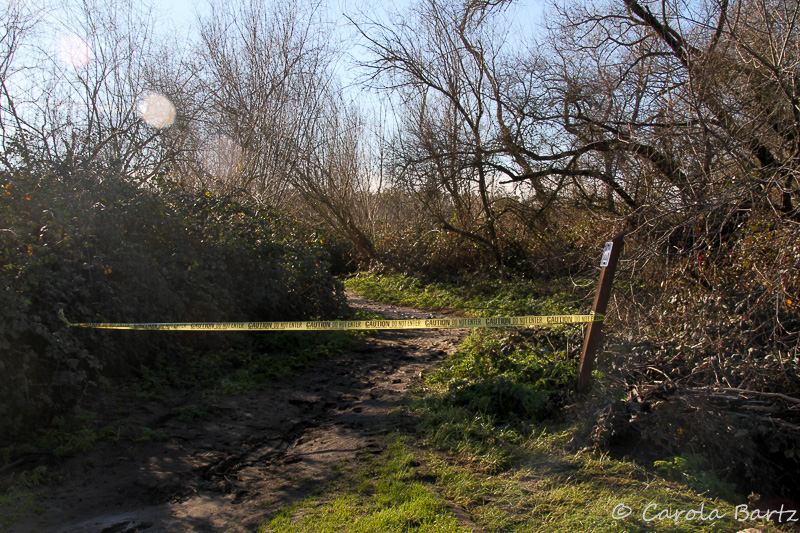 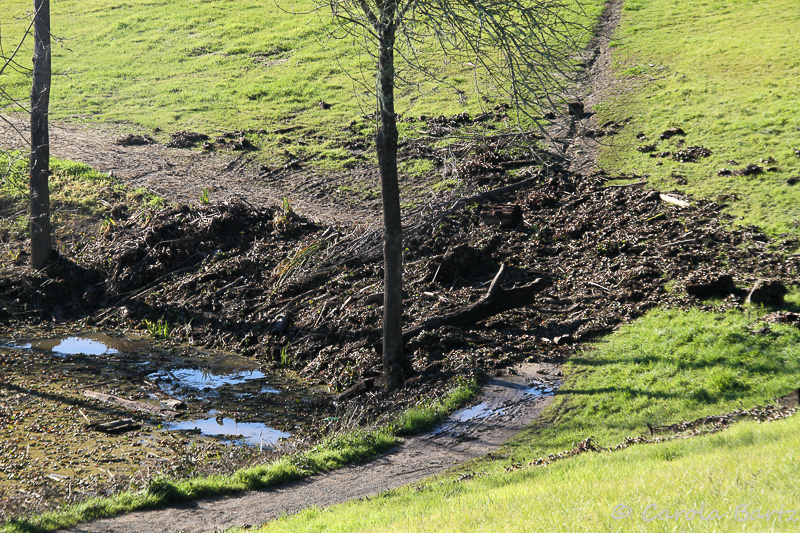 The turtles were happy about the drier weather as well. They hung out on some of the logs in the water, leisurely soaking up the sun. 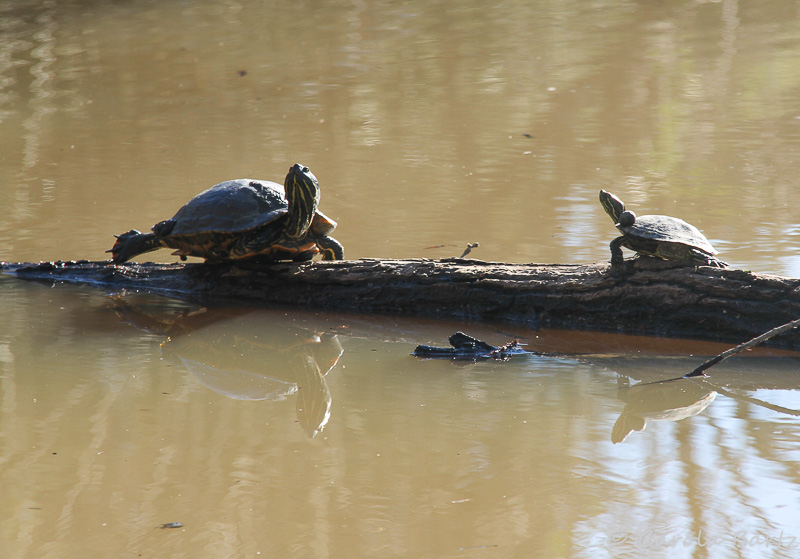 However, there weren't almost no birds. Usually there are lots of Canada geese, ducks and the occasional swan, but there wasn't a single one. I was wondering where they had gone. The herons and egrets were hiding as well, with the exception of this beautiful guy - but he was the only one. 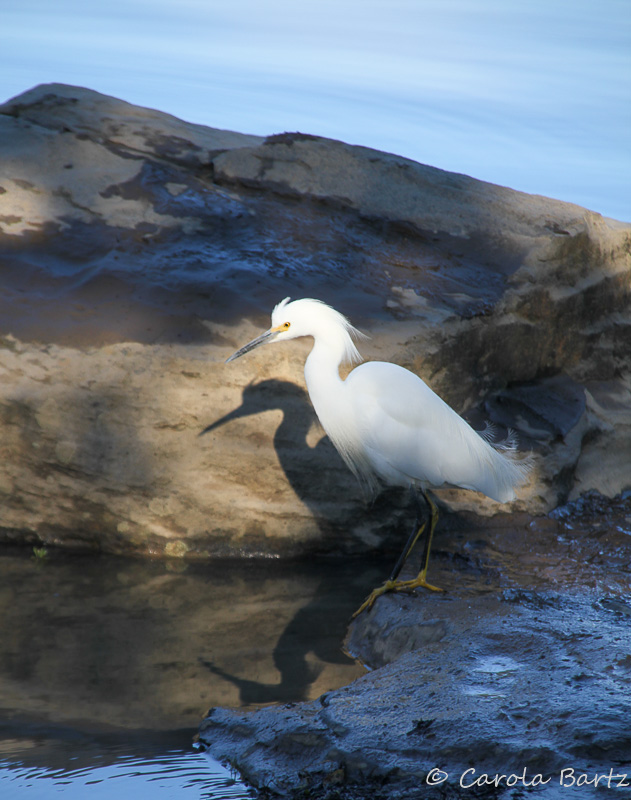 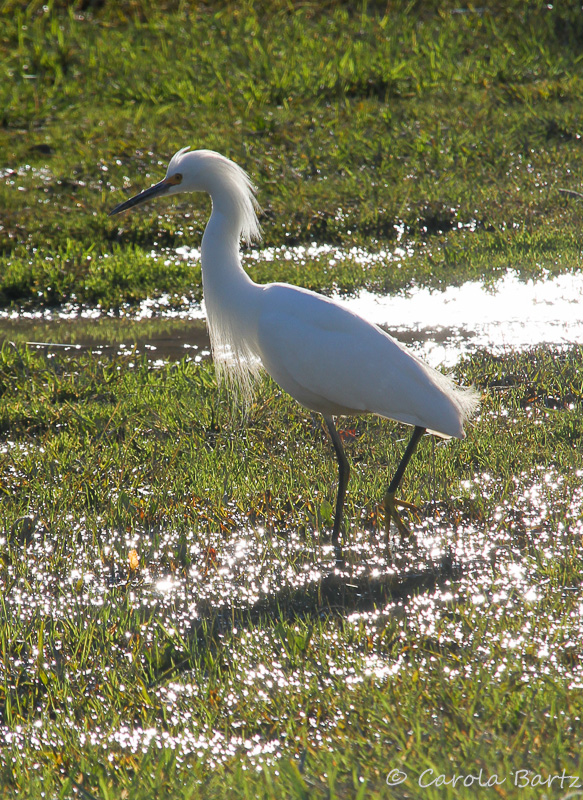 We had a few more "water encounters" that long weekend of which I will tell you later. 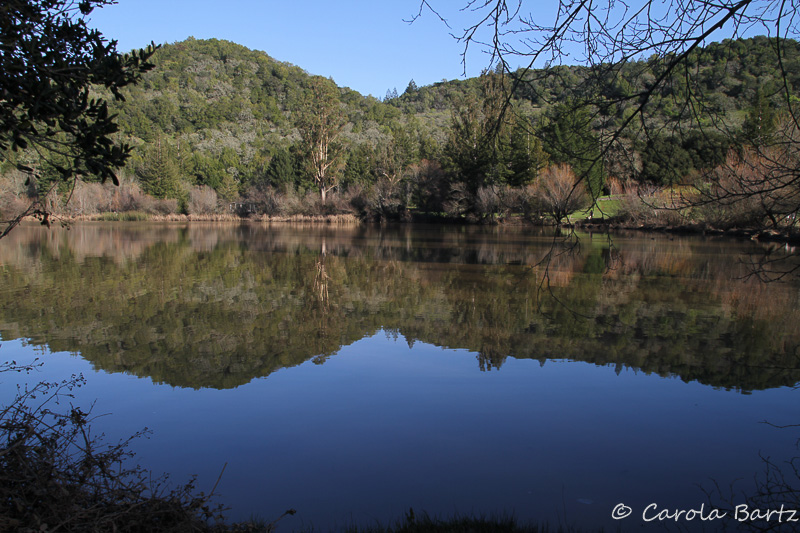 Water - a life giver, and sometimes a destroyer. Beautiful though.
Thank you so much for taking us with you on your restorative wander through the park. Simply sublime.

Beautiful photos. Yes, lots of rain all at once. Everything is soggy. Did you enjoy the lightning show this morning?

It seems to be either feast or famine...or I guess I should say, drought or flood...in California these days. I spoke to my son yesterday as he was travelling from Grass Valley to San Francisco, and I could hear the elation in his voice as he saw the sun break through just before it set. He said it was the first time he'd seen blue sky in a week. Your photos are beautiful - love that egret! - and I can imagine how good it felt to get outside.

Hi Carola,
Thanks a lot for your lovely comment.. :)

Wow, your pictures are amazing! Love the turtles, and the white bird. It's good that they managed to clean it up so well. It looks like a beautiful area.

Gorgeous photos! Truly breath taking! I really love the turtles! I'm sorry about the flooding!! I hope everyone is ok in your area and I also hope that everyone's homes where ok too! Hugs!

Now that's a lot of water. I've been thinking about the Californians. I hope you haven't had any home damage -- bad enough seeing what it can do to the land, although it is good that the reservoirs are being well filled after a long drought.

Your egret is especially beautiful. A wonderful photo. Perhaps he's just a scout for the other birds! It's ok! Come on back!