After I had bought my bread in the Wildflour Bakery in Freestone I went further on to Bodega Bay. Since it was a very windy day I thought that the waves would be pretty tall and made the drive up to Bodega Head. However, although the sea was rather rough, the waves weren't much taller than usual. But the wind was so strong that I had a hard time holding my camera steady, and I soon left again. Down at the bay it was much calmer, and I discovered some egrets sitting at the edge of the water. 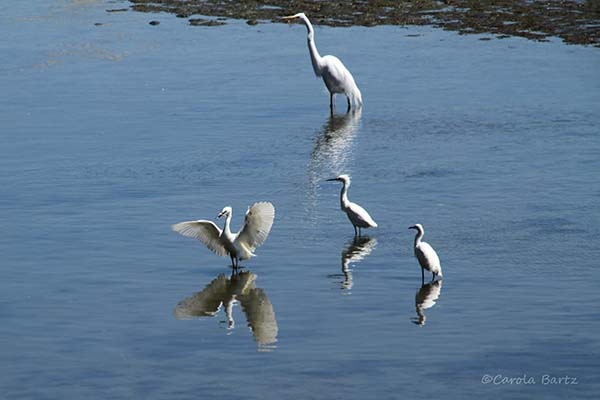 This guy has caught a fish

While I like watching egrets standing in the water and admiring their beautiful reflection, they are even more elegant in flight and spectacular while landing. 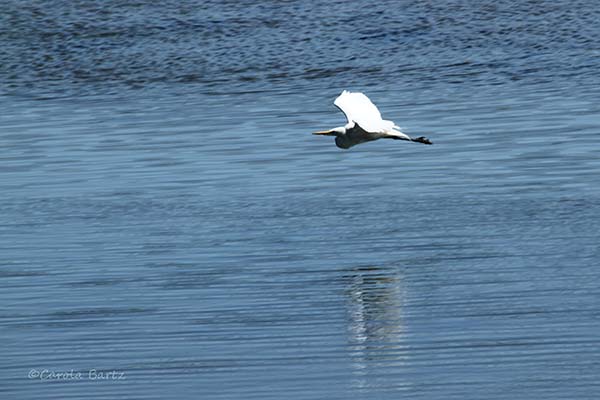 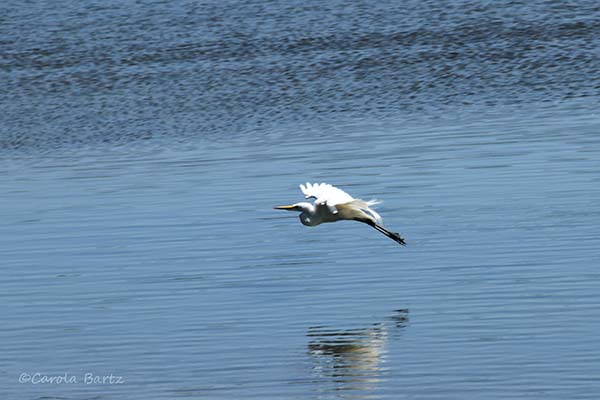 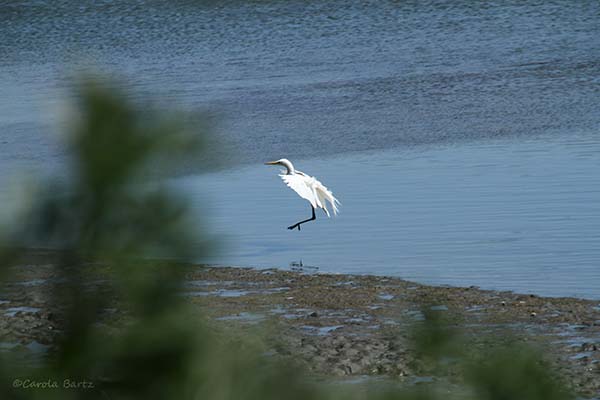 Usually egrets are quite shy, at least the ones here at our local lake. They don't like it when you come too close. These egrets, however, didn't mind my presence at all. They stayed where they were (there were quite a lot in the water) despite me approaching them, and some of them kept on circling around. 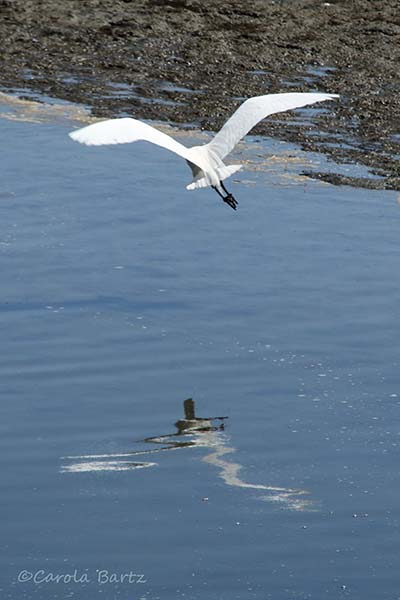 I love the reflection in this image

They are such beautiful birds - and skillful divers when they discover a fish. I'm glad I saw them! It certainly made the morning less chilly. 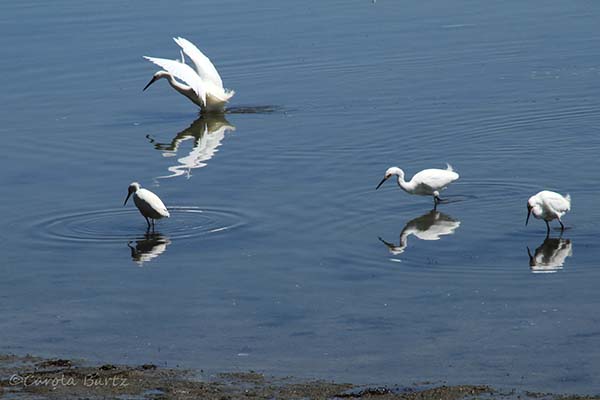 Stunning photos Carola! Wonderful reflections too. We get little egrets here, and I saw egrets in Rwanda when I was there. Such beautiful graceful birds

When we were in Callaway Gardens last week we saw many lovely birds in the various lakes there. We even went to a “Raptor Show” but my lens is not powerful and I rarely get a good bird shot – yours are very good.

Hello Carola, The Egret is such beautiful and graceful bird.. I thought I saw a Loon in the second photo from the bottom one... Like you said probably just a reflection of the Egret... Hugs Judy

You caught them in their beautiful glory! I love that second to last reflection too. Birds really add so much to our world. Lovely captures all!

I've always thought they look almost prehistoric in flight. I love the first photos where you captured lovely reflections.
Rinda

These are defintely a sight of beauty. Very elegant. Great photos. Carola, I don't use oregano for arthritis. What I said was that, "they say that other stuff works well for arthritis." No I use oregano in my cooking, especially for spaghetti sauce.:) Take care.

Bodega Bay is beautiful and so much more when enhanced by these birds. Great photo's.

PS: Glad to hear you are trying the cardboard trick

Gorgeous pictures! Love them all!!!

They are beautiful birds and I love all those reflections, especially in the last shot.

Gorgeous birds, Carola. I can see why you were mesmerized.