The Fires One Year Later


Today it's been a year since we woke up to what would become the most destructive wildfire in the history of California. 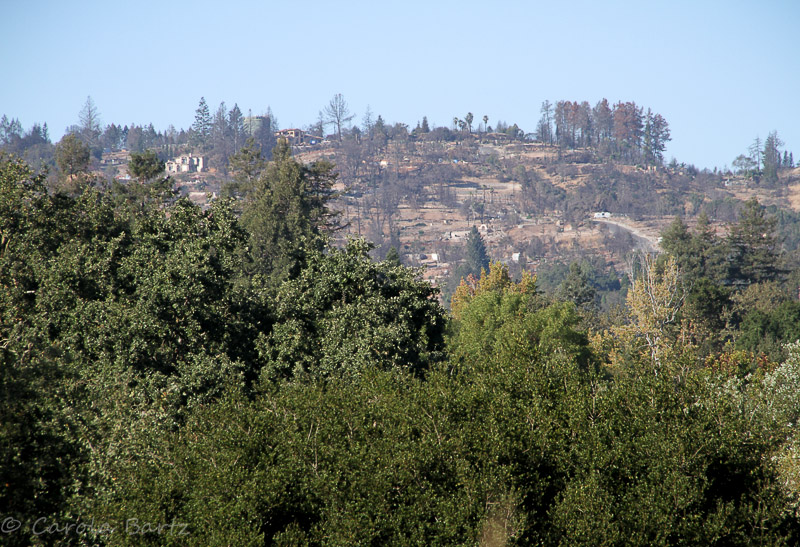 Some call it the first anniversary. The students at my high school, however, prefer the term "the fires one year later". One in nine of our students have lost their home during those fires.

It still feels like yesterday that we woke up at 2:00 am to the worst week in our life. When I went to bed yesterday I had this huge knot in my stomach when I remembered a year ago. How we went to bed not knowing what would happen only a few hours later, and how much it would change our lives.

Of course our lives hadn't changed as much as for those people who lost their homes in the fires, far from it. They are still struggling with insurances, building permits, architects, rents that are way too high. Some are in the middle of rebuilding with some homes being ready to move in pretty soon. Others are still in the planning process. Others are frustrated about the many hurdles. And others got the money from the insurance and moved away.

The school year has been awful and each and every one of us - teachers and staff - were relieved when summer came and we could leave school behind for a couple months. This year we have a new administration and we have been off to a really good start. We will commemorate October 9th by having a "normal" day, but there will be a safe space in the library and we will have therapy dogs on campus. Last year after the fires these things helped a lot.

It's been a year, and still every conversation sooner or later turns to the fires. Talking about it is a way to go through it. Even though the nightmare is in our past, it's still there - in the burnt down neighborhoods we drive through daily, when we hear the sirens of police cars and fire trucks - especially the fire trucks. The smell of smoke, even only from a barbecue, brings up terrifying memories. I think we all have Nixle on our phone now and the emergency systems have been tested.

When I go to Davis and want to take the back roads I check weather conditions and Nixle alerts. I sure don't want to be trapped by a fire in the huge wooden area. Every time I drive along those roads I remember the drive we took there on the eve of the fires. I suspect it will always stay with me.

Crown Hill in the photo above is a neighborhood in Fountaingrove. We used to live right below it, and when we moved into our old house back in 2001 those homes on the hill were just in the process of being built. I remember the constant noise of construction. Now most of the homes are gone and some time in the future, the construction noise will be back. As it is in so many neighborhoods. It's good to see homes getting up again and hopefully families being able to move in and rebuild their lives.

As for our old house - the landlord has decided not to rebuild. The property has been cleared and is just dirt right now. It still makes me sad. 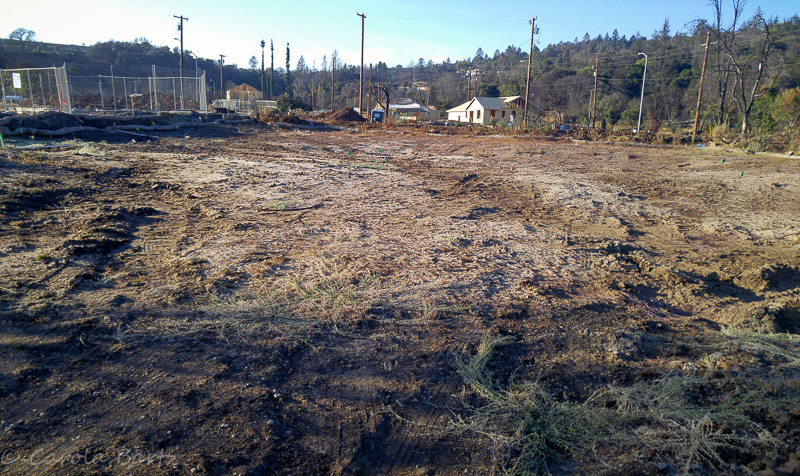 It is very sad. Sad for those students, for sure, who lost homes and whose lives have been upended. I believe that the safe, steady, normal days of school will help in their healing from terror and trauma.

Oh, these California fires are so frightening, Carola. It's one of the things that bothers me about living here.

Happy October to you.

The loss and grief must be enormous.
I truly can’t imagine . . .
It would be difficult to erase that feeling of being trapped . . .

I can understand your sad thoughts as you've written.
It's horrible how some people not only had to do battle with fires, but also with insurance companies. We are finding out just how corrupt such companies can be. Words fail me at times.
My heart goes out to all of you, Sue :D) xx

It’s hard to believe it’s been a year. Our waitress in NV (on our way to CA last week) was from your area. They relocated to NV. Such devastation.

It is all so sad! My heart goes out to everyone! Big Hugs!

I like that better, too ... the fires one year later but I know how raw it still is and will remain for years to come.

It is amazing how nature fight back. We had a big bush fire here a few years ago and we visited after two years. All these flowers and the fresh green growing among the black charcoal tree stems.