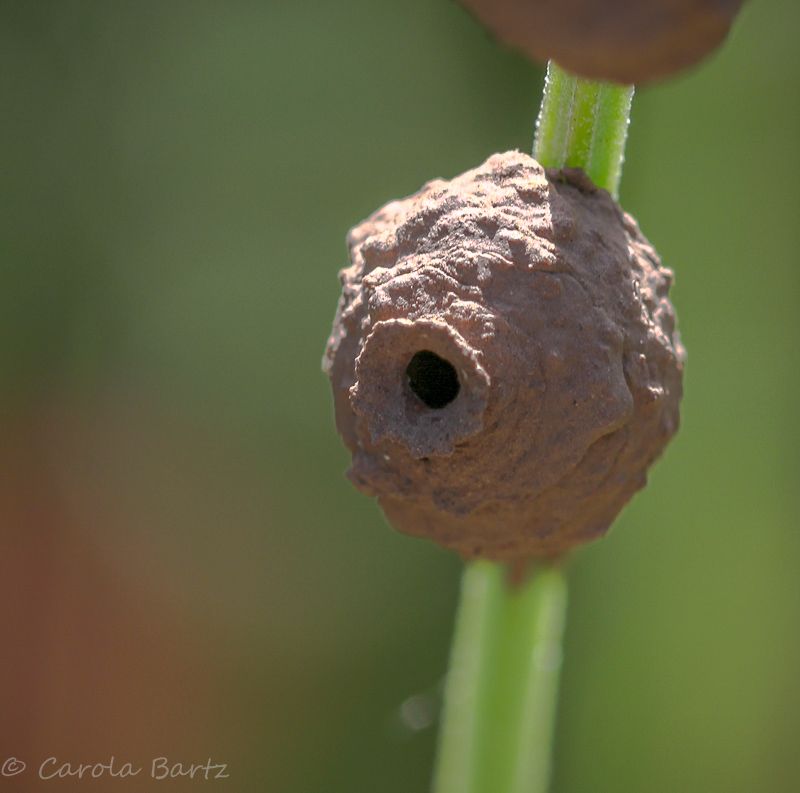 I've never seen that before - it does look a bit strange!

How neat! I don't think I have ever seen these in my garden but if I ever do now I will know what they are.

What an amazing find.
Thank you. And long may your potter wasps survive and thrive.

That is so cool and so interesting!! Thanks for sharing! Love the photo! Big Hugs!

I've never heard of potter wasps. It's a good thing you looked it up - I tend to be very wary of wasps. It's good to know there are some that are beneficial to the garden - and the nests are interesting to look at!

I never think good things when I think of wasps, so this was a good post for me to read -- and to note!

What an astounding macro. These potter wasps are certainly masters of their art of homebuilding!

It is amazing how the creatures of the earth make their nests....and where. This looks bigger than a small marble, so I can imagine how small it really is. I've never heard of the Potter wasp before. How interesting that they built their nests on your lavender stalks. This is a fantastic picture, Carola.