Memories of A Lost Land 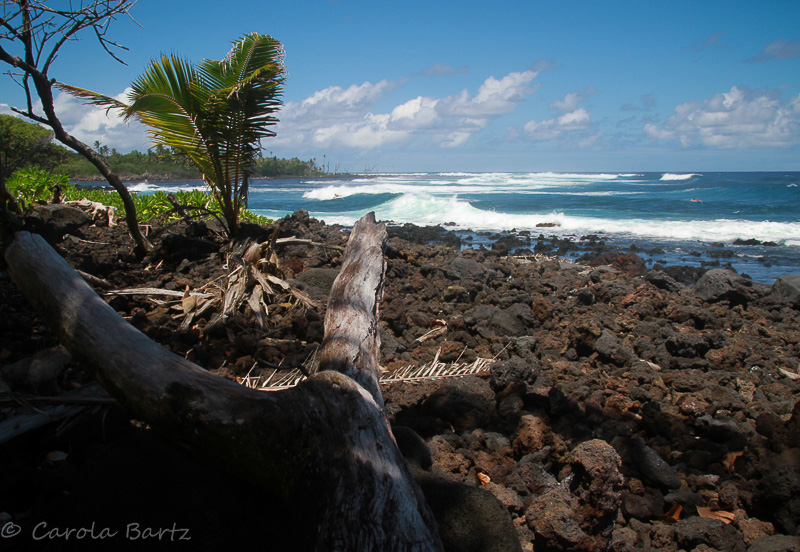 Back in March I wrote about the Puna District on the Big Island of Hawai'i that I love so much. The last time we had been there was in January - and had I known that it literally would be the last time that I'd see it this way I probably would have taken way more photos than I actually did. But the memories of this now lost land are in my heart and it's where they will stay.

A big part of Puna has changed forever and is still changing every day. While it comes as no surprise that an active volcano would behave - well, actively - it is still heart breaking. Having your home being consumed by lava that creeps into your backyard is simply terrible. Even though the people had enough time to save a lot of their things, their homes are lost, and even those houses that remain standing may be unreachable because of the lava flow.

This beautiful road along the coast - Highway 137 - is cut off in several places, covered by lava. The lava flew down from Leilani Estates, crossed the highway and entered the ocean. 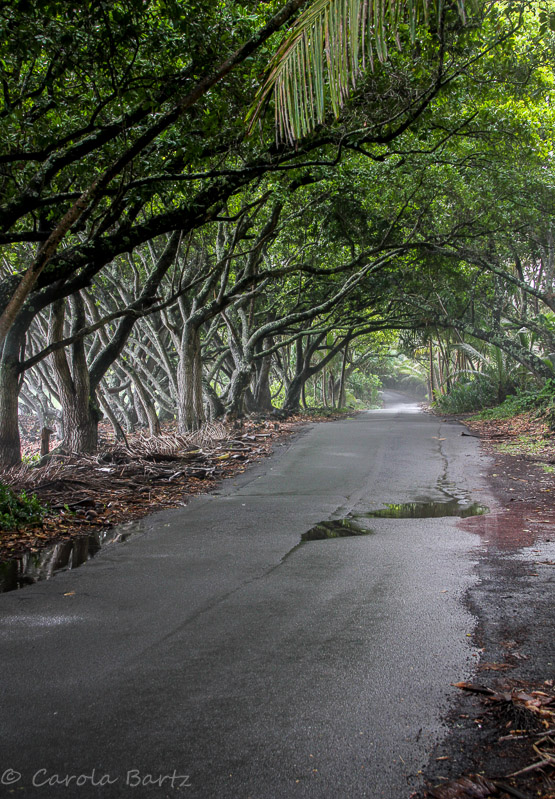 I fell in love with Puna during our first visit to the Big Island, and most of these pictures are from the summer of 2016. 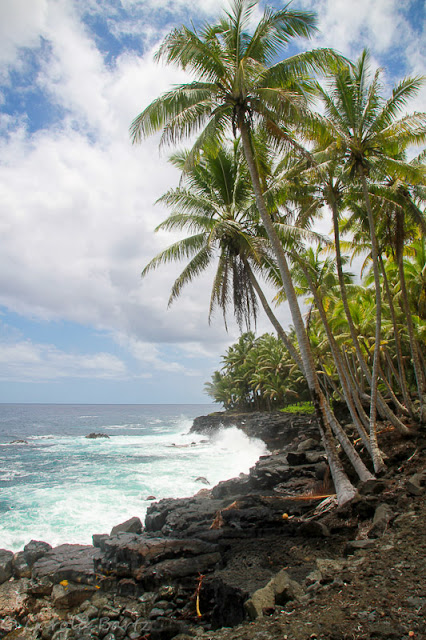 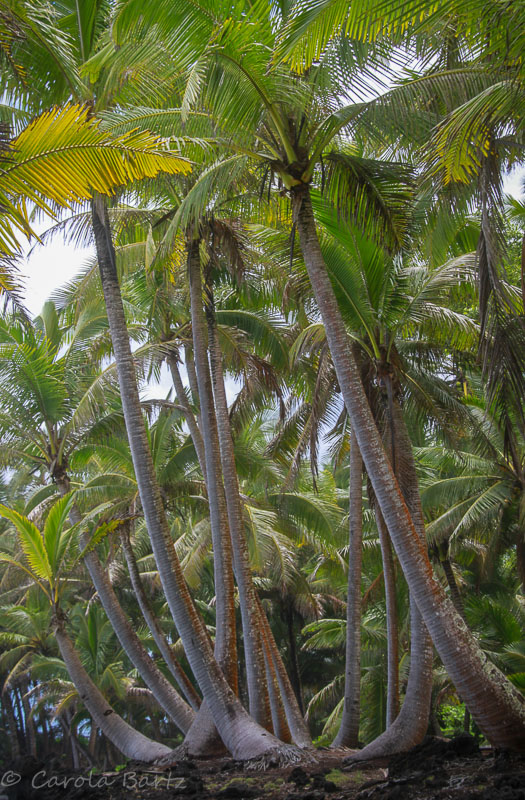 It's a rugged coast, rough and black. No white sandy beaches are found here, only lava beaches, either rocky or with black sand. There's an abundance of palm trees and, since this is the rainy side of the island, rich and plentiful vegetation. It rains a lot here. 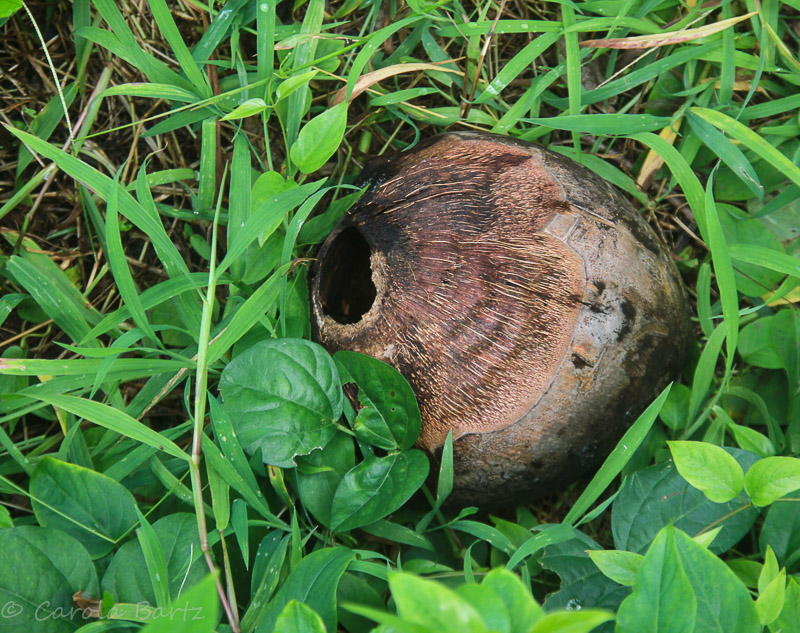 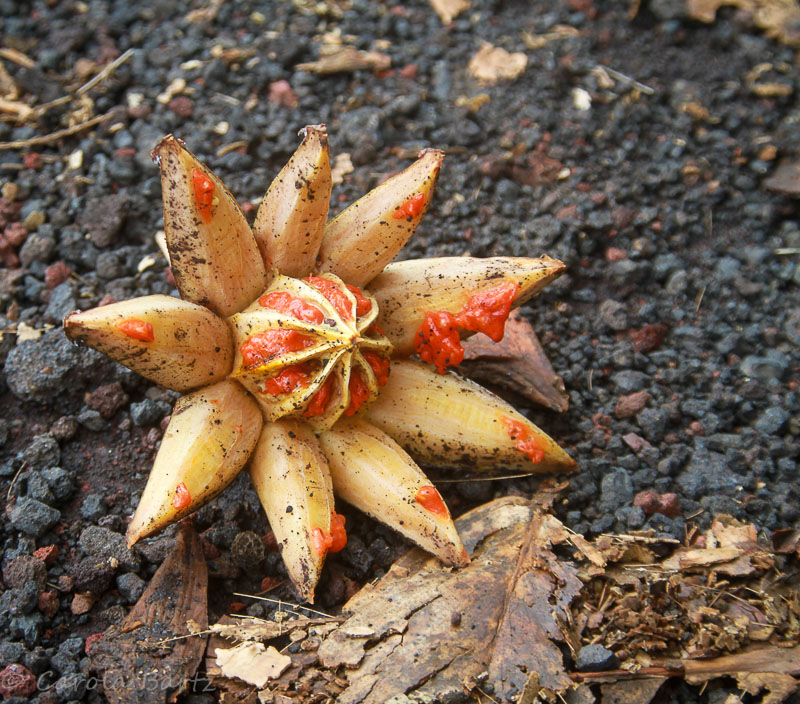 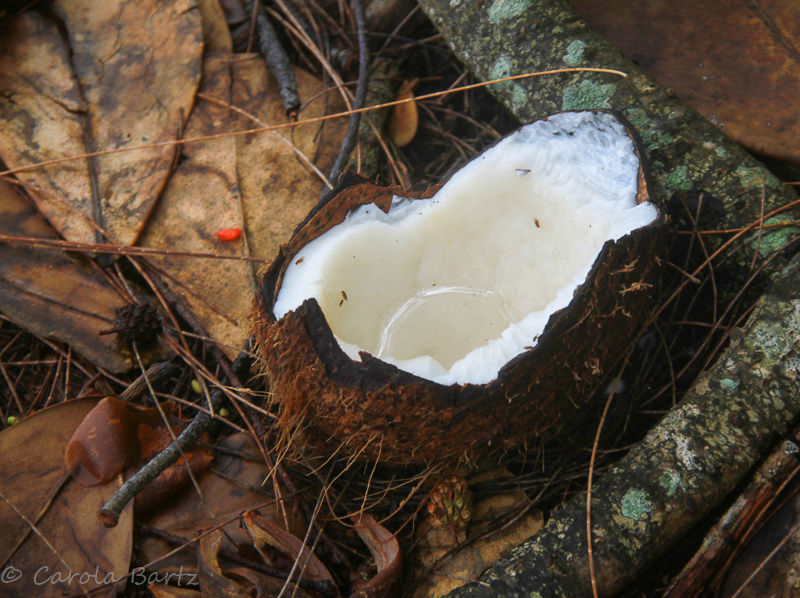 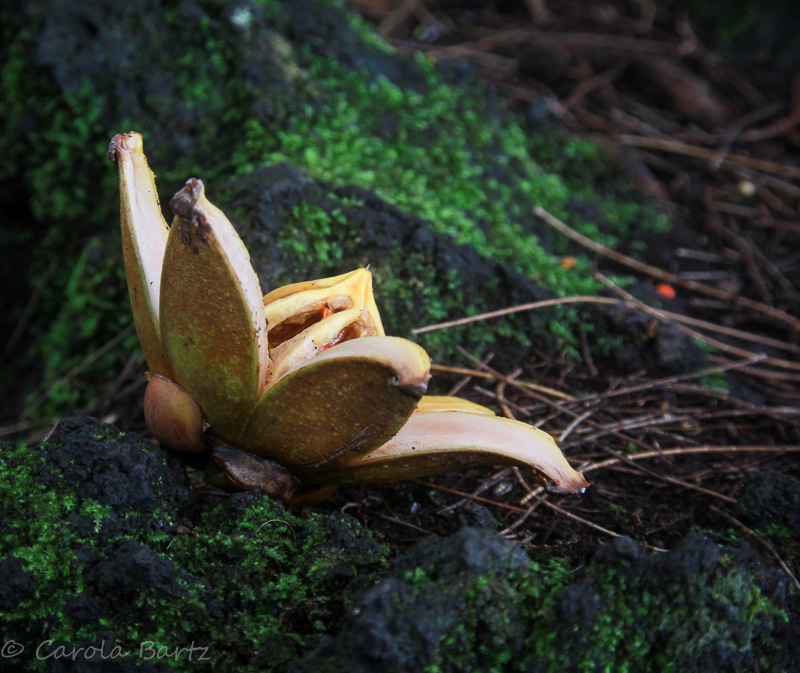 Along this coast there are (or should I say "were") bays and beaches where you could stop, just hang out, surf, talk to the locals or just sit in a chair and look out over the ocean. Often someone brought fruit for everyone to share. 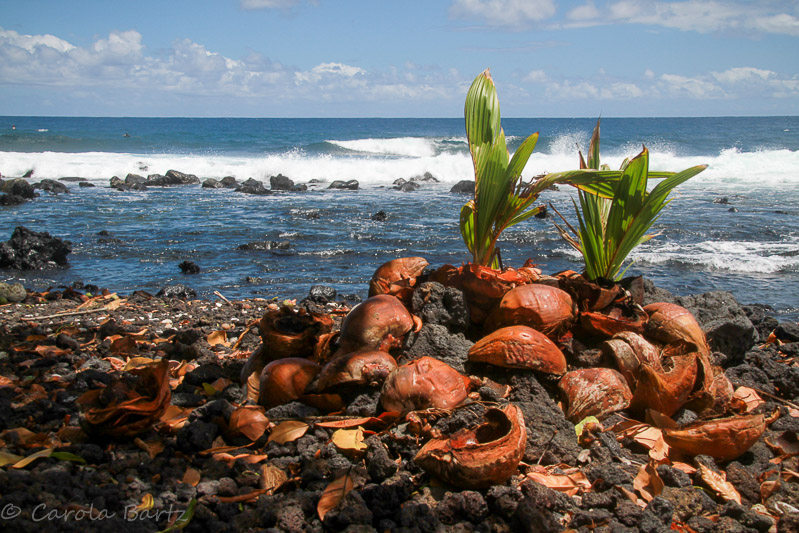 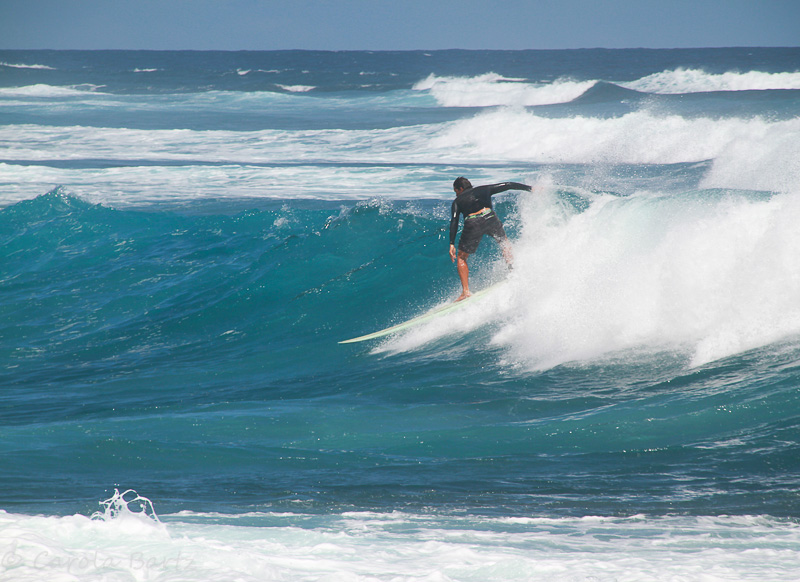 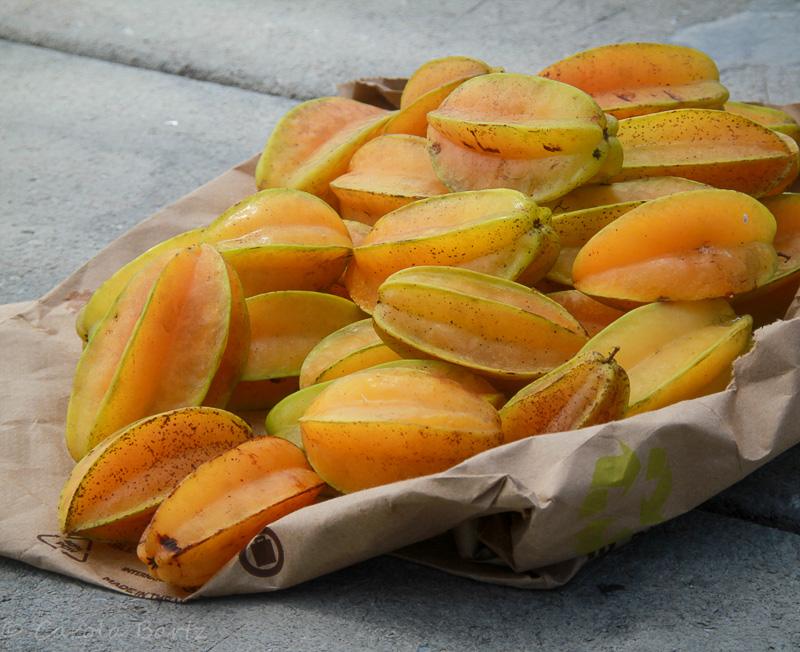 Some of these places still exist since the lava didn't go everywhere, but it might be a challenge to reach these spots.

I'm pretty sure that this road no longer exists. It leads to Kapoho Bay - with wonderful tide pools and great snorkeling. The lava from fissure 8 has entered the ocean here and Kapoho Bay is no more. 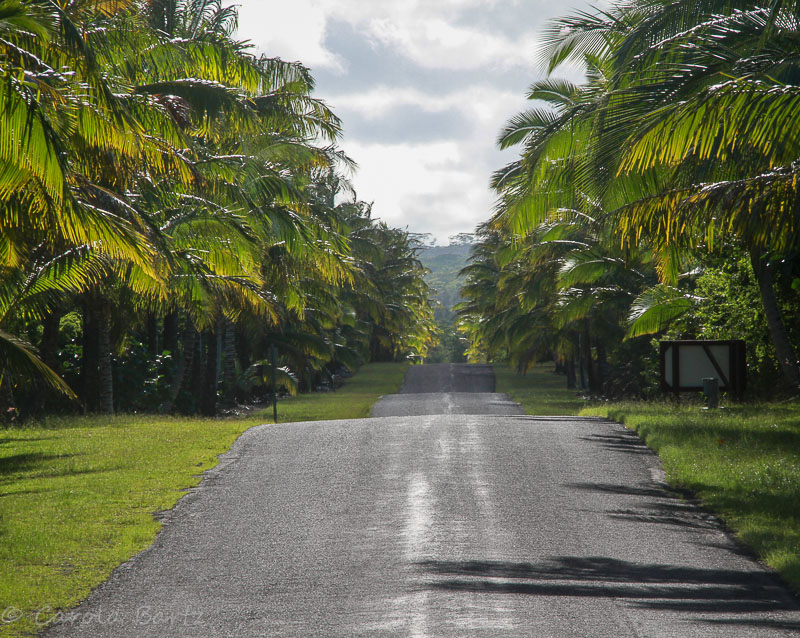 While all of this is incredibly sad, it is also amazing and beautiful at the same time. Nature definitely never stops to fascinates, and it does what it wants. No way we can manage it. We can be smart and prepared, but in the end we can only react to what nature has in store for us - much of it as a result of our own destructive behavior. Remember the principle of the seventh generation I wrote about? It certainly doesn't apply to an active volcano, but it's still good to keep in mind.

This is what hot lava looks like (this is the lava flow in 2016) - you can see more pictures here: 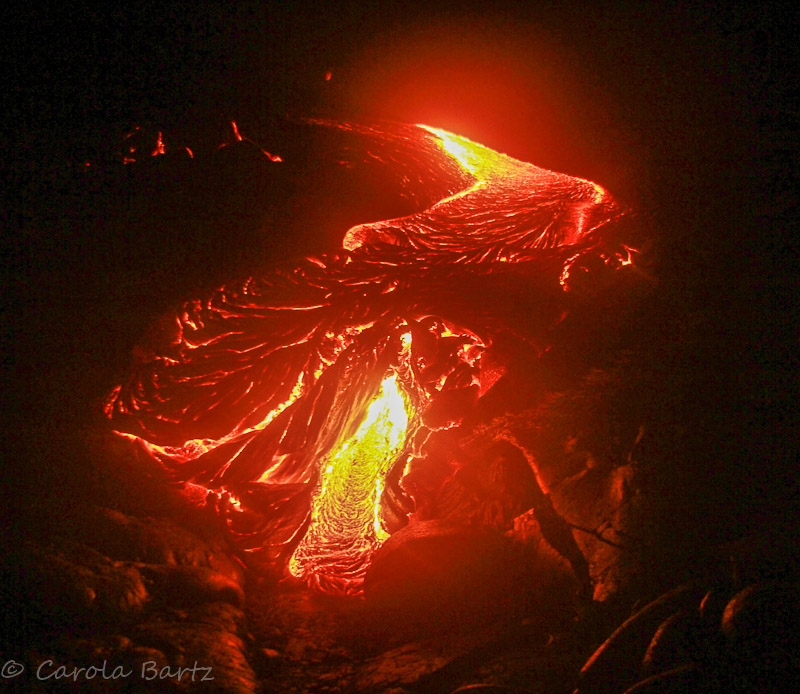 I am forever grateful that I could experience Puna in January one more time. The avocado tree house is still standing, but it is difficult to get there. Highway 130 from Pāhoa to Kalapana has several cracks that are worrisome, but as far as I know you can still drive there (only if you're a resident though). At the moment an emergency road is bulldozed through the lava across Chain of Craters Road in Hawai'i Volcanoes National Park (where I took the pictures of the lava above), but that would be a huge detour. Still, better than having no way out...

I am so in love with all your photos of this special place, just so beautiful, and it's a blessing that you went and have the memories.

It is indeed heart-breaking.
Beautiful, awe-inspiring and heart breaking.

Thank you for sharing the beauty of your memories! It's so sad that beautiful place was lost and glad you were able to enjoy it and capture it before it was destroyed.

You have been able to document many changes to landscapes in the last year. I always feel a big part of photography is preserving the past. Next time you go there will be new things to photograph.

That may be one of the most beautiful roads I've ever seen. Those trees are magnificent as are all the photos in this post. I wonder what it will be like when you return. Heartbreaking yet beautiful.

It is so sad, for what is happening there right now!
Your photos are breath taking my friend! Truly love them all! You capture everything so perfectly!
Big Hugs!