Knitting Up a Storm 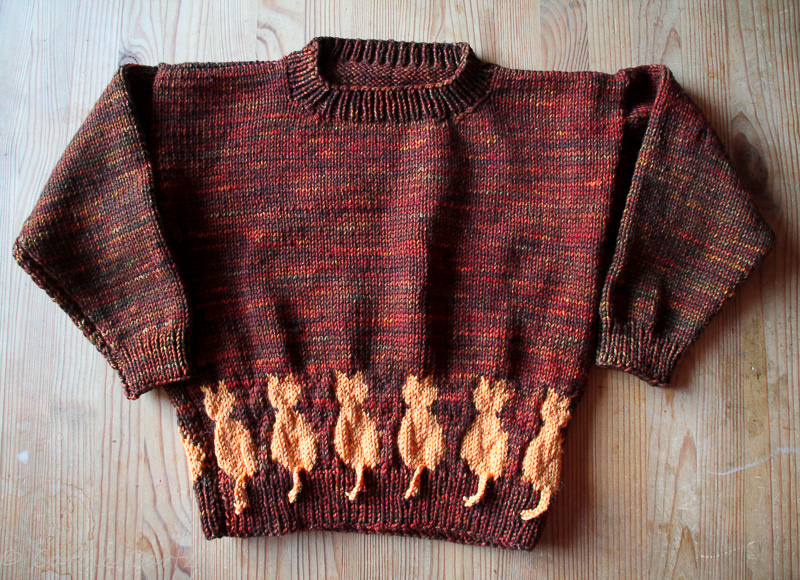 When I looked at all the knitting projects I completed in 2017 I was surprised how much I actually knitted in that year. Yes, of course I know that I love to knit, but I wasn't aware that I do so much of it. Since I have started to take pictures of every finished project I know much better what I knit and how much I love it.

My birthday is at the beginning of the year, and in 2017 my husband gave me a yarn winder - one of the niftiest things ever. It makes winding yarn so easy while still maintaining the meditative aspect of it. 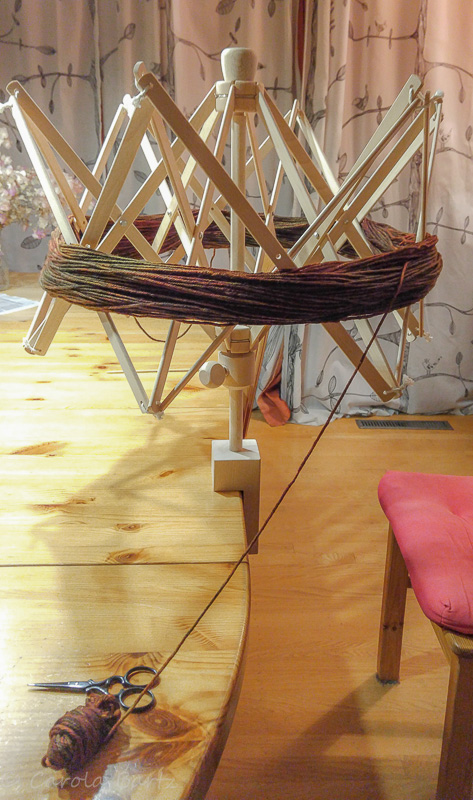 The first project I finished was the kitty sweater in the top picture. It went to the little girl of my friend Denice (you met her in this post) and is still a bit too big for her. This wasn't the last kitty project, either. Later in the year I knitted up a lot of cat bookmarks. 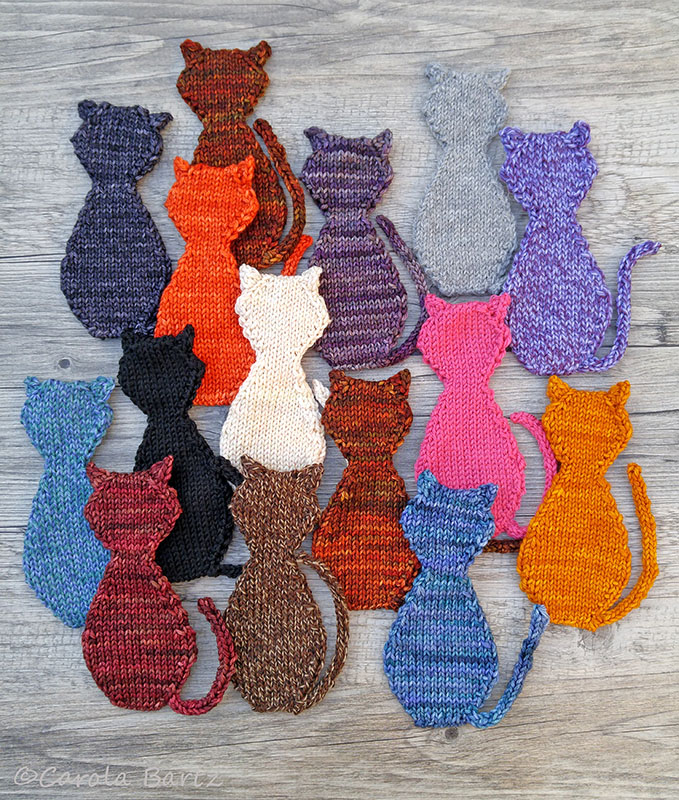 Doll clothes that fit 18" dolls like American Girl dolls knit up fast and are usually quite easy. This was the first time that I knitted sets of cardigans and skirts. The dress was fun to knit as well. 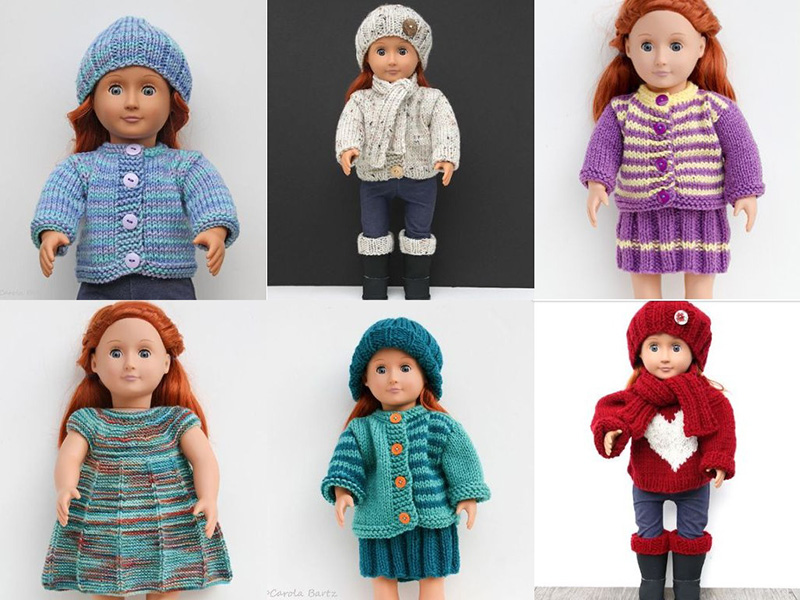 There were hats with the Baable hat - modeled by Kaefer - being my all-time favorite. I just love the sheep that turn up around the circumference of the head. The pumpkin hat was the project I knitted the most during the fires. For some weird reason I received the most orders in that dreadful week and I was knitting pumpkin hats like a mad woman, which proved to be a blessing since it distracted me a bit from all the insanity. Of course there were "pussy hats" at the beginning of the year that I knitted for Kaefer and myself, but also for friends who went to the Women's March in Washington, D.C. 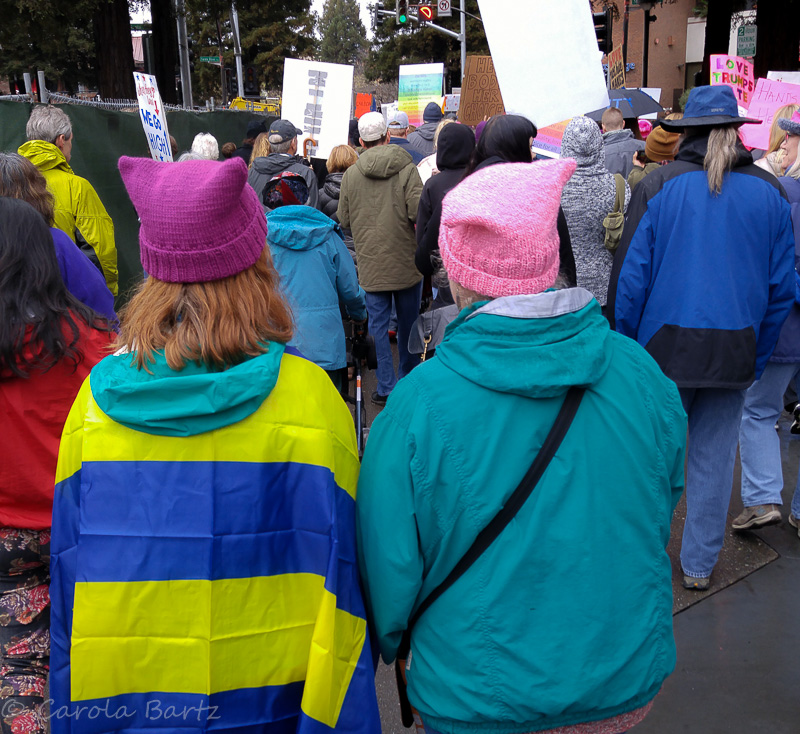 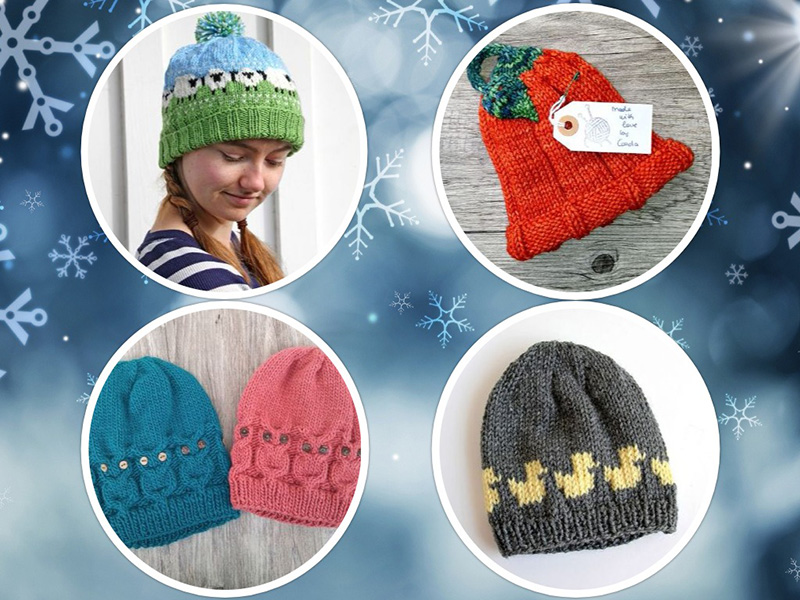 Socks - everybody needs warm socks. It only takes two or three days for me to knit up a pair of cozy socks, but a bit longer if I'm working with fine sock yarn. Most of the socks I knit for other people, but the fiery orange/red pair definitely was a keeper. 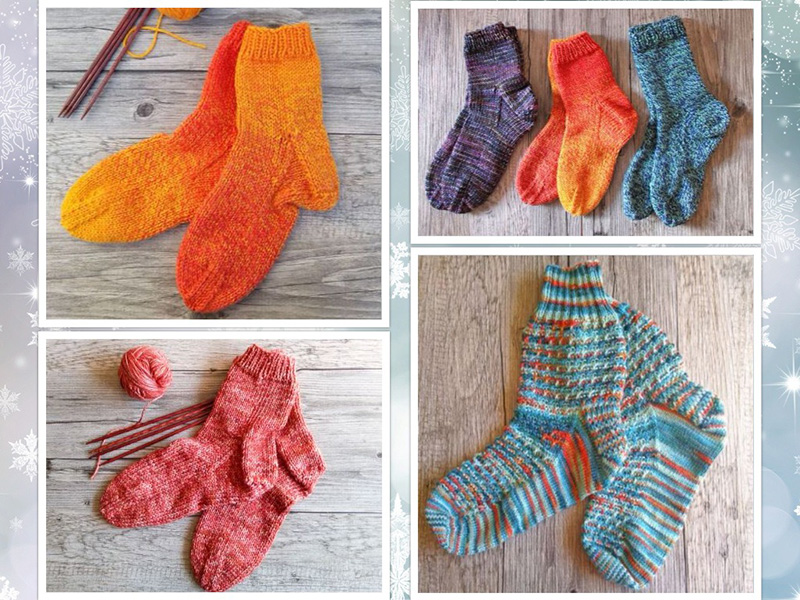 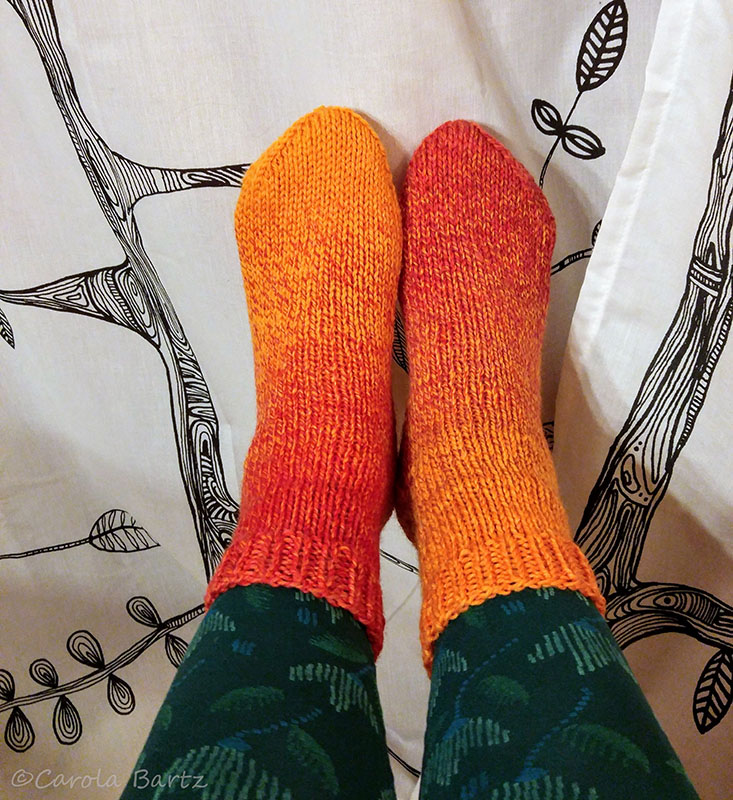 There were several baby and toddler sweaters I made. I wish there were more babies, toddlers and little kids in my life. It is so much fun to knit all these cute clothes for them. 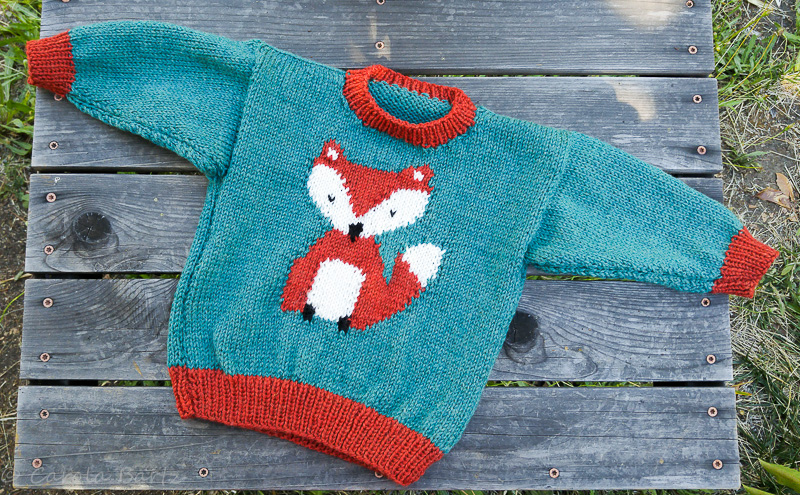 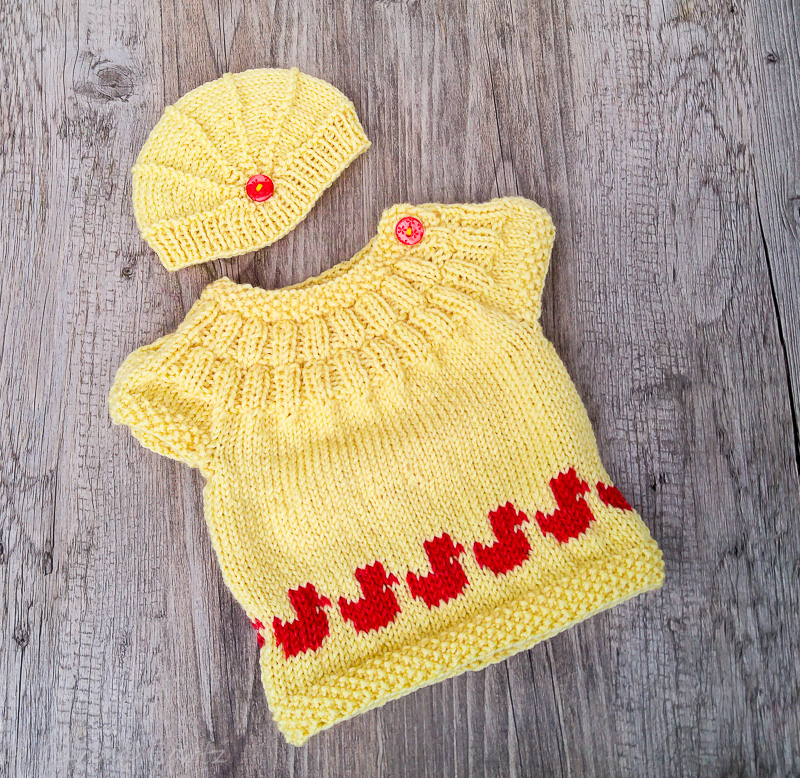 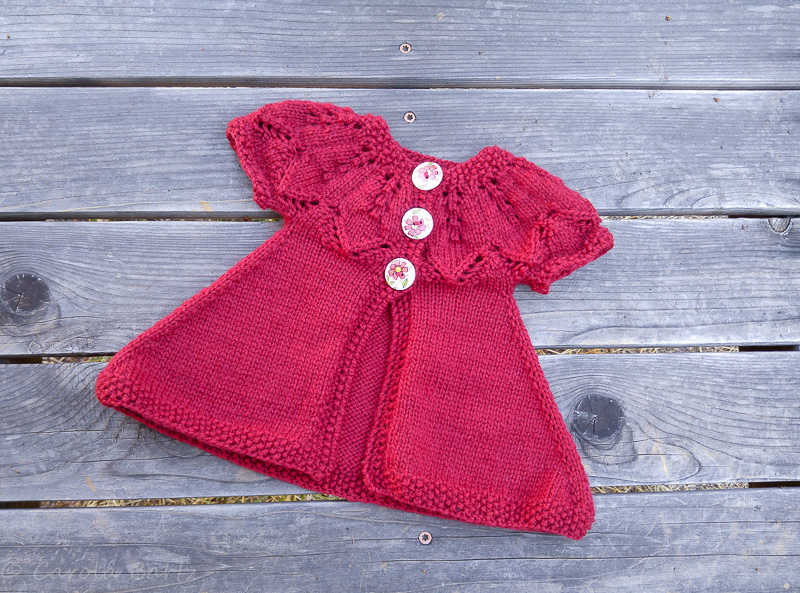 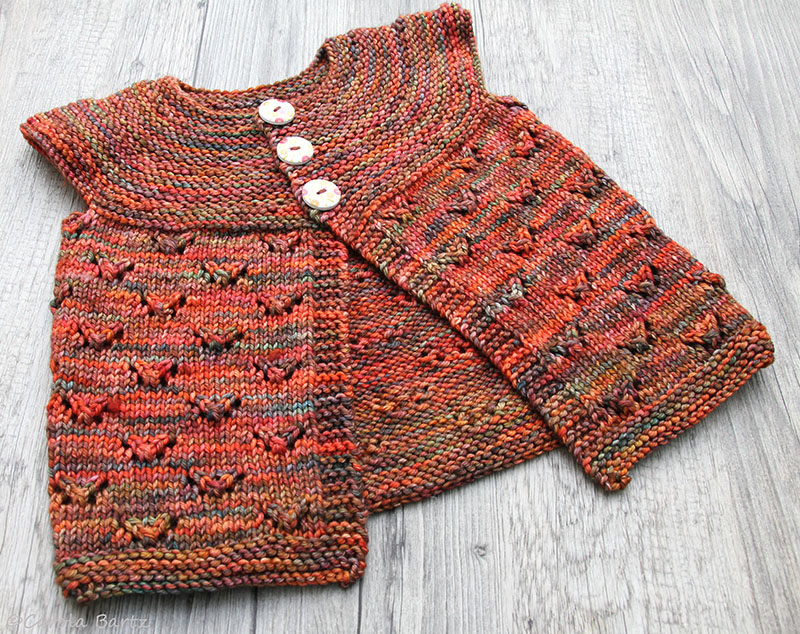 I have two nieces in Germany, and both of them got a foxy scarf. 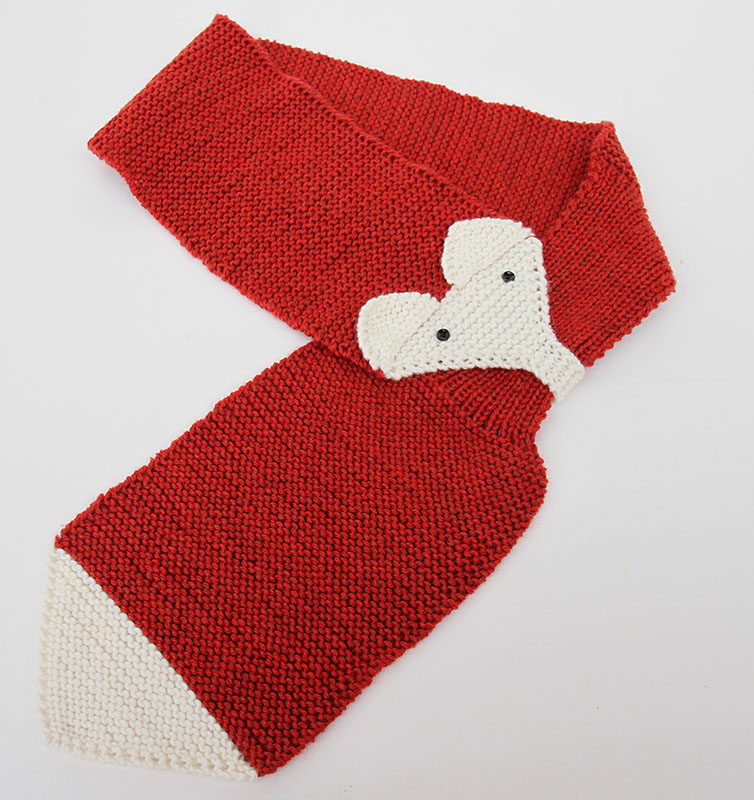 Of course I had to knit for Kaefer. A couple years ago I knitted her the "ocean breeze sweater", and this year I used the same pattern and a different yarn to knit this sweater for her. 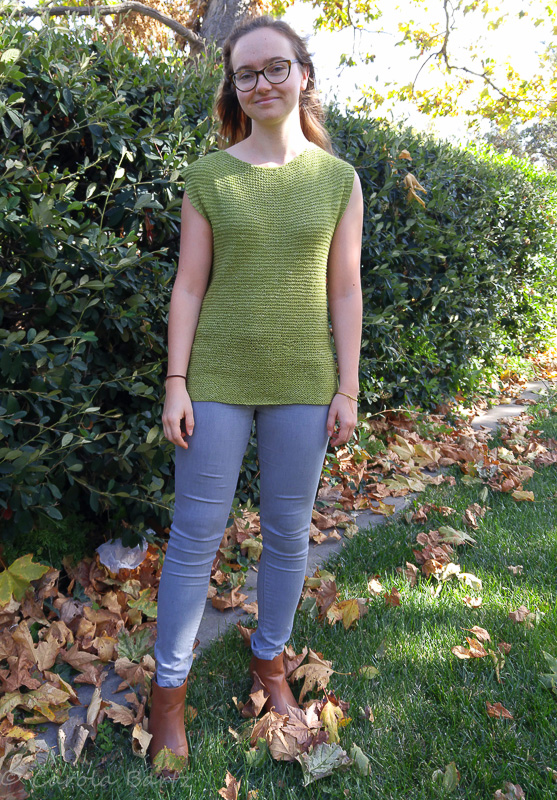 But the most favorite project of the year was this little bird that I often gave as a little gift. It can be used as an ornament or a gift tag or whatever you can think of. You can tell that I had fun with these little guys! 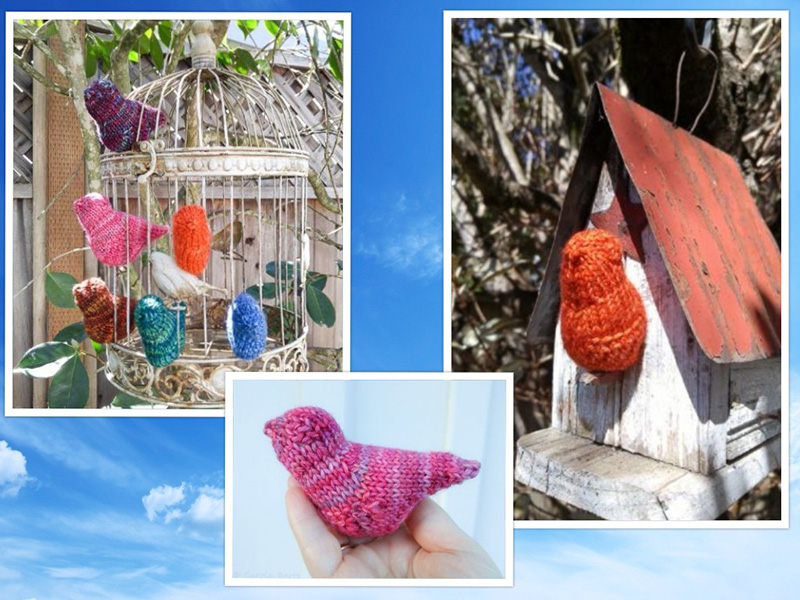 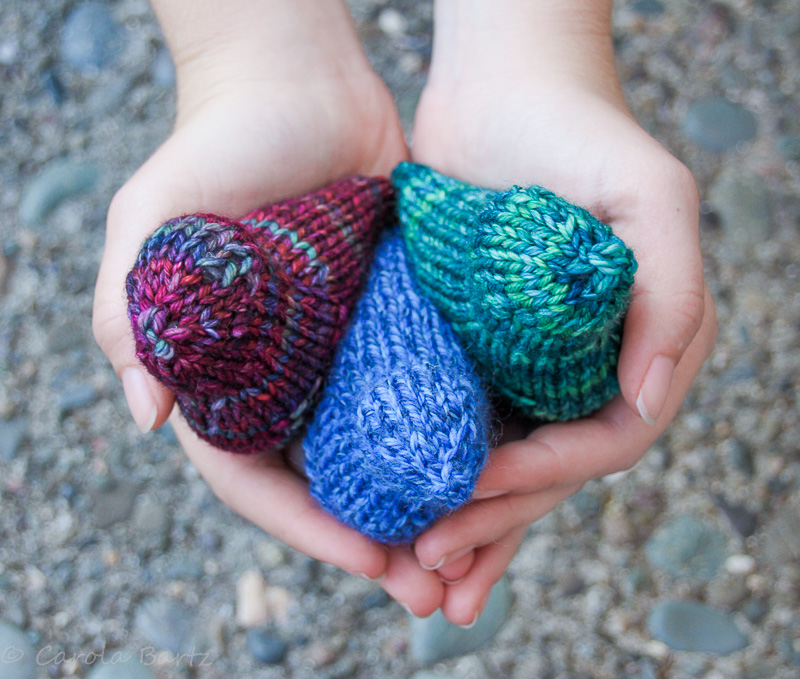 Please vote on my favorite photos of 2017 in this blogpost with the chance of winning a set of photo cards.

Wow, these are amazing, Carola. You are so talented with knitting. I really like that fox sweater and scarf and the baby clothes and the sweet birds. Those doll clothes are so cute too. Keep knitting, you truly have a gift with this.

What gorgeous knitting Projects! WOW! I just finished a sweater.

What fun to see your knitting pictures gathered up. I'm no where near as prolific or as experienced as you. I have to knit something with those little sheep on it one day though.

Wow- you were knitting like crazy. So many cool things. Hard to pick a favorite but I do like the fox scarf. :) Hugs-Erika