How Quickly Things Can Change

Dear me! Last week was one of those times where you wonder whether all of this is really happening.

But let me start from the beginning - always a good idea.

I was lazily lying on our red couch when the phone rang in the early evening of Labor Day - a week ago today. Only. The call came from a woman I had known about 10 years ago, but we had lost touch. She told me that the German Language School was urgently looking for a teacher for their adult intermediate class on their campus in my town. Their teacher had just quit that weekend, and classes were supposed to start the following Saturday (which was last Saturday). Since I used to teach German she thought she give it a shot asking me whether I was interested.

Heck yea!!! I immediately called the Head Teacher and already had a meeting with the staff the following evening. I had a good feeling about that, and two days later had my interview. I got the job - and had a day and a half to prepare for my first class. I had no idea how many students would be in the class, I was warned that the level of German was very different - from really good to more mediocre - and I didn't really know what they had done up to that point.

Talk about jumping into cold water and swim!

So I did what I thought would be interesting for a first class and marched in on Saturday morning. The class is pretty full - I had 12 students, but it appears that not everybody was there, so I might have one or two more students. Everybody was really nice, and after I got over my nervousness  (yes, I was very nervous) the class turned out to be fun. We laughed a lot, and while it is true that the German skills are quite varied I have faith that we can handle that. I signed the contract and am now teaching German every Saturday morning.

Ain't I the lucky one? 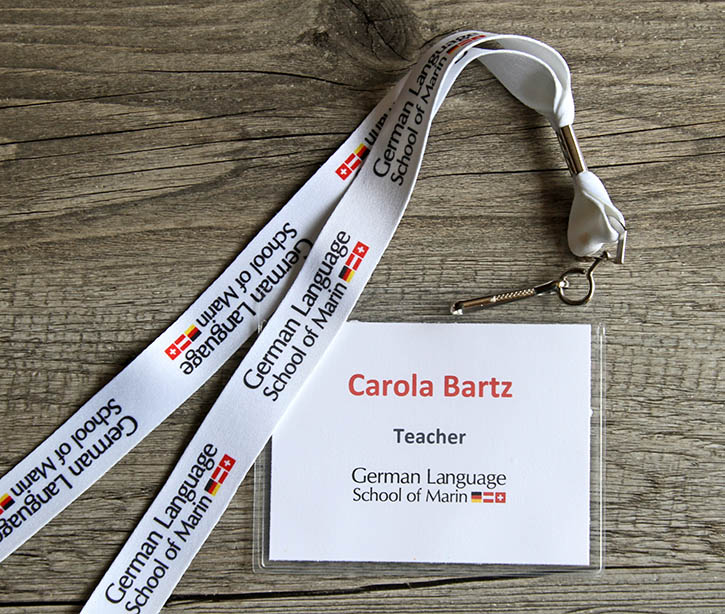 I never got a job as quickly as this one! From nothing to a job I like in less than four days.

I also want to say thank you to all of you who came up with a name for the little hand knitted dachshund. I had also asked for a name on my personal and my business Facebook page. In the end, the dog decided Dax was his name - thank you, Elephant's Child for the suggestion. It was the mischievousness you mentioned that made it!

Dax is now up for adoption in my Etsy store. 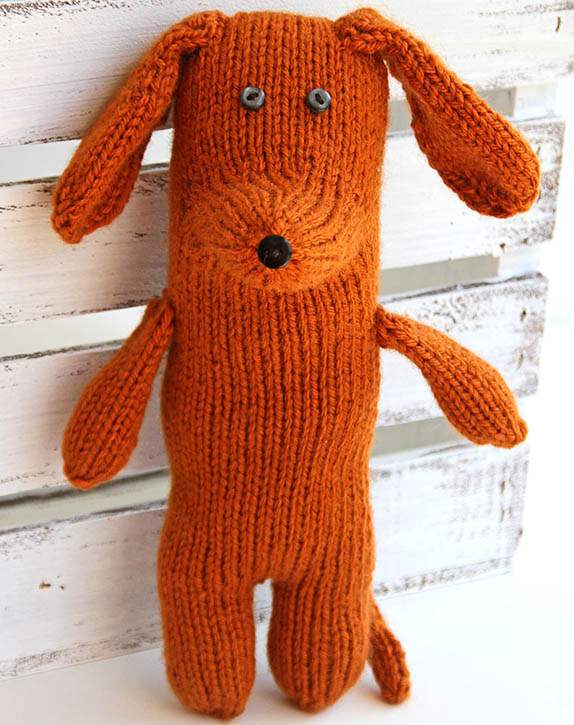 You probably have heard about the terrible Valley Fire in Lake County. Middletown is only about 30 miles from here over the mountains. We sometimes go there to one of our favorite breakfast places, the Cowpoke Cafe, of which I don't know whether it has burned to the ground or is still there. There is huge devastation in Middletown and the surrounding areas. The fire is huge and incredibly fast and something most firefighters say they have never experienced before. I heard that about 1000 homes are already lost, and thousands of people have been evacuated. It is dreadful. The fire has spread into Napa and Sonoma County as well. We are hoping for rain, but so far we only have grey skies. There is some moisture in the air which I hope will slow down the fire.

And while we have stunning sunsets due to the fire, the devastation goes on. 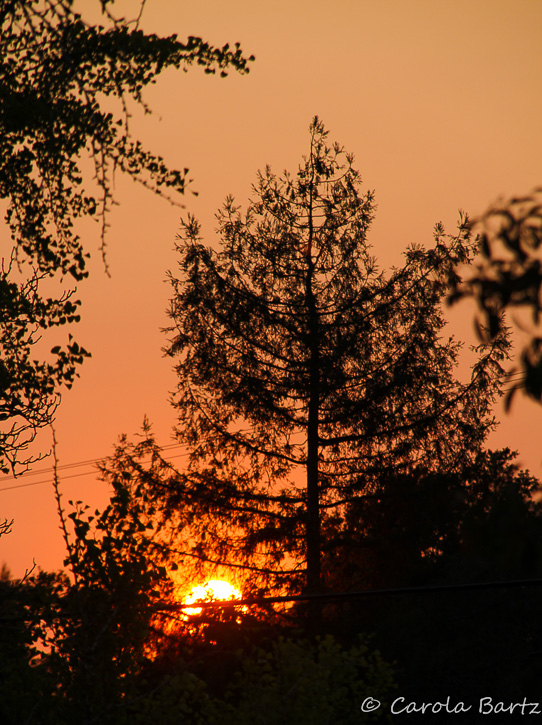 Such a mixed post.
I am thrilled that you found a job so quickly in keeping with your talents and interests. Consider me happy dancing.
Love that Dax liked his name.
And my heart goes out to everyone (human and animal) affected by the fires. I hope they can be bought under control. Quickly.

It's devastating to read about the fires and it is dreadful so many lost their homes. My friend in the San Fernando Vally (her gated community is right next to the Stetson Ranch) has lost her home twice and the last time I went to visit she had only just moved into her latest new one. We saw photos of the impact of the fires and the community centre had a special memorial in the reception area. The charred Stars and Stripes was framed and it was so poignant to see.
Congratulations on your new post, what luck. A perfect role for you which I hope you enjoy. I am sure it will give you great fulfilment.
When I was in Lueneburg recently there were great festivities in the town. brass band, fairground and beer stalls... the lot!... all because the shops opened on the Sunday for a day. Never happens except for one Sunday before Christmas.
Will be posting about it all soon.
Jo x
Jo x

I love it when the Universe drops an opportunity that is perfect for you right in your lap! I hope you enjoy it. Wish I could come to the lessons. I haven't spoken German in 35 years...

Carola - congratulations! You'll be a great teacher. We saw coverage of the Middletown fire on the news last evening - such devastation. My heart goes out to all who have lost homes and businesses as well as all that natural landscape that is devastated. We had rain today. When you live near wilderness areas, you hope for moisture to wet the forests. We are getting some mountain haze froth western wildfires. Dax is very naughty-looking!

Congratulations on your new job Carola! How exciting for you. The little orange dog is so adorable and I like the name Dax. How terrible and terrifying the destruction of the forest fires in your area! That's very close and must be a bit unnerving for the surrounding areas. Take care and have fun with your new job!

Congratulations on your new job. It sounds like it is going to be challenging but lots of fun.

Yes, the fires are horrible. Between the drought and the fires so much devastation is happening around the state. Perhaps once the summer is finally over we will have a change to recoup.

Well, it sounds like a perfect job for you....how exciting to have it just fall in your lap. It was meant to be! Yes, the fires are terrible! So many people have lost their homes and are traumatized. I'm praying for the rains to come!

Your new job sounds perfect for you, and I'll bet those students will feel they were lucky to have had you. My heart aches over those fires. Such devastation, and it only gets worse each year.

Many congratulations on your new teaching post! That sounds very interesting and exciting too. So sorry to read about the wildfires - we've heard a bit about it over here, but the scariness of it is really registering with me.