Warning: there is a photo of a snake further down in this post - if you don't like to see images of snakes you perhaps shouldn't read on. I don't want to scare you. 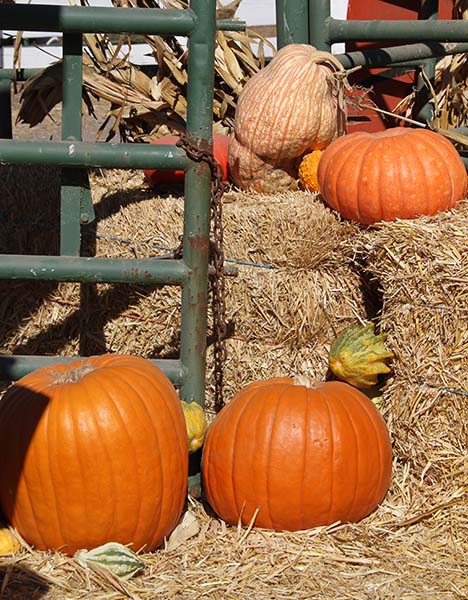 Recently I haven't written a lot on my blog. It seems that in the normal routine of life there isn't really anything interesting to share with you. Kaefer is going to high school and is loaded with tons of homework; the Geek has his work, was sick for a few days and also has homework for his college video class. And I am frustrated with my shop since it is very slow, creating a lot to stock up, and otherwise try to get my garden winter-ready. Normal stuff.

But yesterday, we finally did something as a family again, broke out of the routine and had some fun. We went to the fall festival that happens on two weekends in October in one of our regional parks that are closed to the general public for the rest of the year (you need a special permit to get in there).

This is not your usual pumpkin patch. Of course, there IS a pumpkin patch, and you can get there by a hay ride. It is fun, but yesterday when we finally were ready to go there the weather had changed and a rather chilly wind was blowing. We decided to pass on the cold ride up there.

I liked the little ranger dolls that were sitting in bird houses all over the area. They were "supervising" the festival and leading the way (they were sitting on top of the signs). 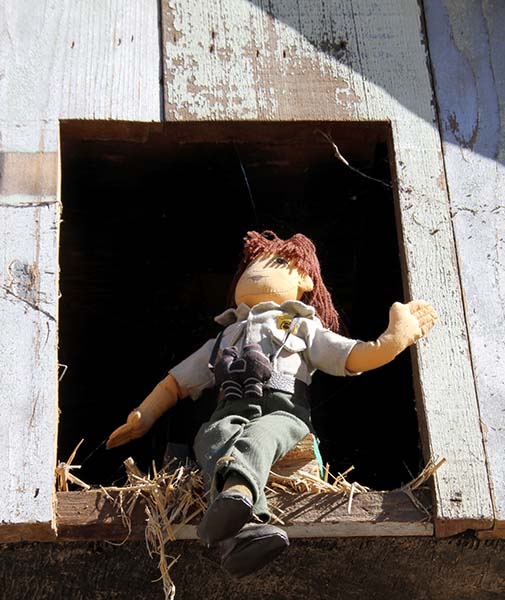 I also liked this fun cow that was residing right in from of the nighttime creatures barn - or, as we called it, the "creepy crawlers" as this barn was full with rattlesnakes, spiders, tarantulas, cockroaches. Our family likes places like that and think them rather fascinating, although I often feel goosebumps on my back. But I still go inside and look at these creatures - they have the same right to live, don't they? 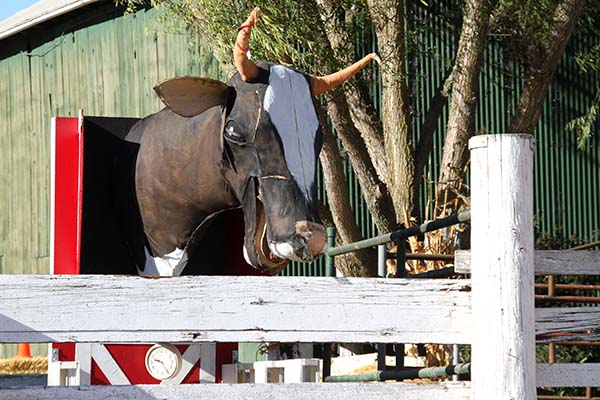 As you can see, not every animal inside was "creepy". This tortoise enjoyed its watermelon. They can open their mouth really wide and have a huge red tongue - if you look closely, you can actually see it. 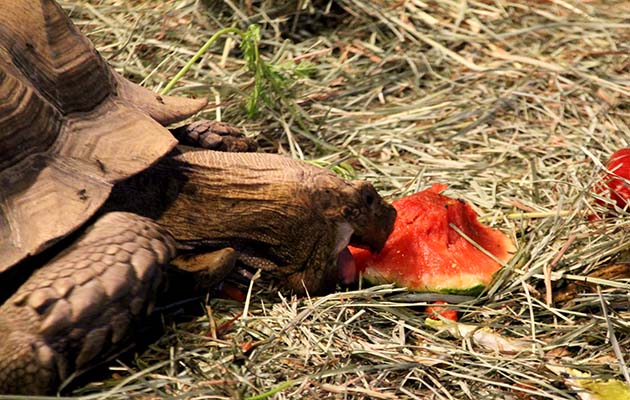 I'm not a huge fan of snakes, but for some inexplicable reason I have a certain weakness for albino Burmese pythons. They have such sweet faces - perhaps some of you remember the picture of the albino Burmese python I took in the San Diego zoo who had such a cute face as well. This one was no exception. A Boy Scout was carrying her casually around his neck and torso. I couldn't do that, but I petted her. She was curious of the Geek's camera! 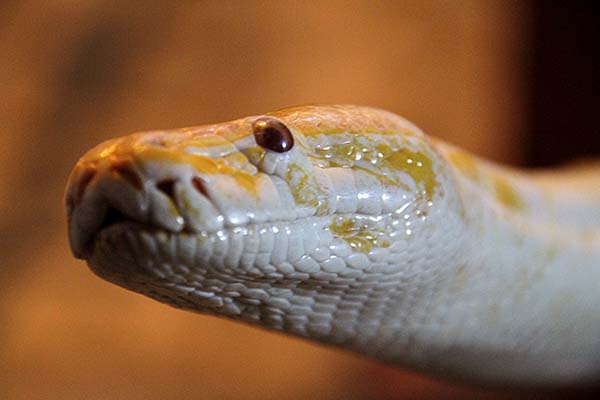 This sign next to the turkey vulture exhibition made me laugh out loud (I know I'm odd, because I like these birds as well). 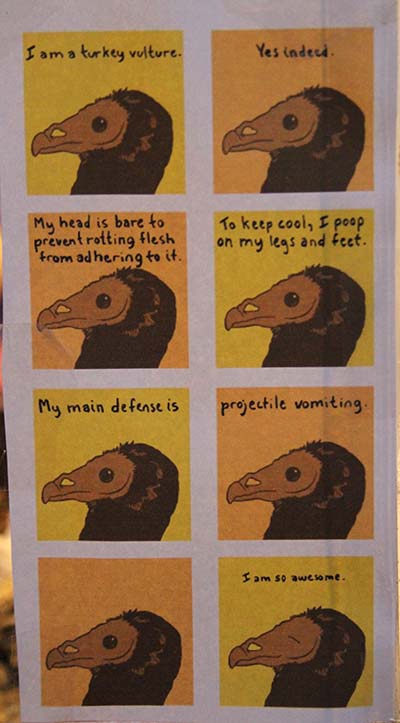 And of course, a nighttime creatures barn has to have at least one owl, this one being a barn owl.
Super cute. 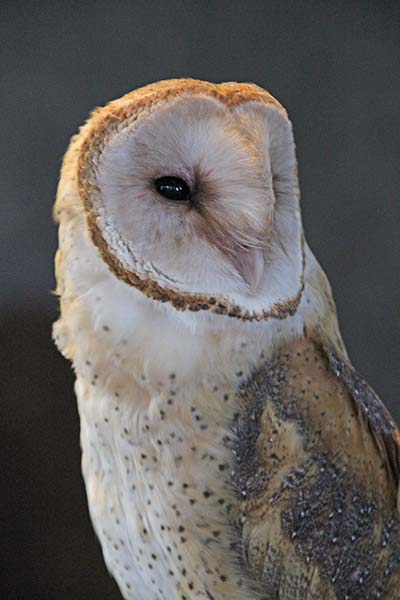 Outside the barn were craft booths and pumpkin seed spitting competitions.
You could make corn husk dolls, very popular with little girls. 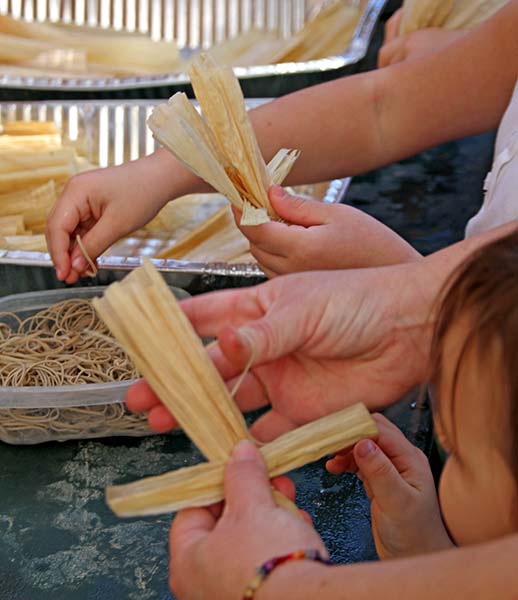 Of course there was an Indian village with an exhibition on obsidian (think arrows) and spirit animals. I bought a little coyote (I truly think the coyote is my spirit animal). 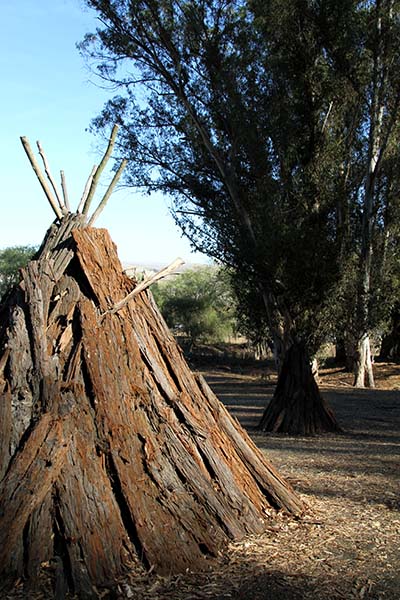 A Native American canoe - quite a piece of work. 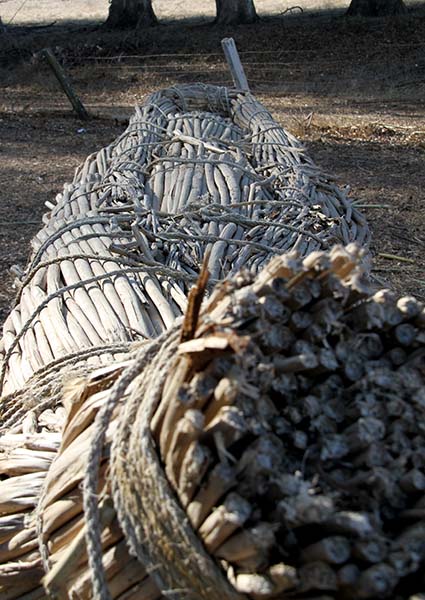 The longest time Kaefer and I spent with the horses. This one, a Tennessee Walker, was a rather feisty mare who gave her name "Spice" ... well, spice. She was beautiful and loved being petted. 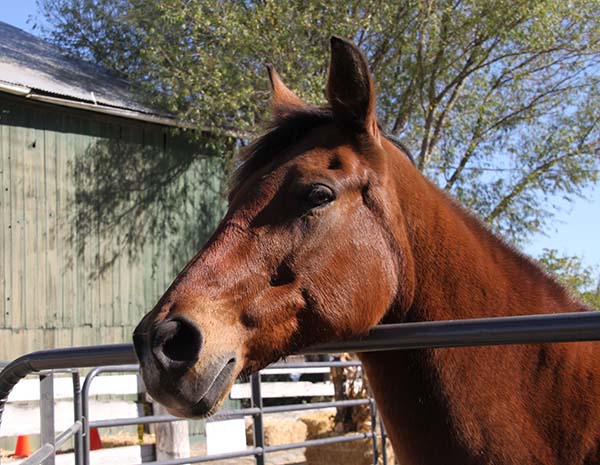 Of course, there were lots and lots of pumpkins... 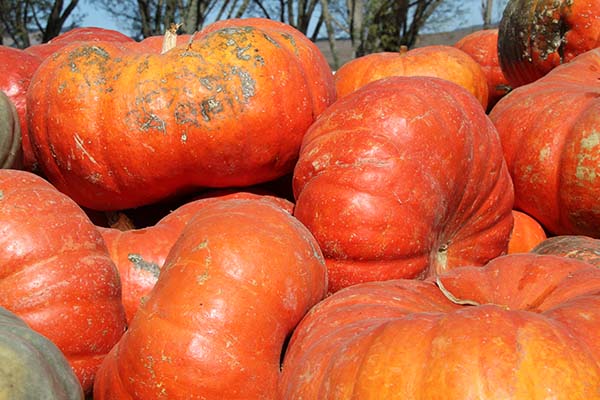 What a wonderful, wonderful day out. Thank you for taking us along. While acknowledging their right to live, I don't do snakes well. Owls are a different matter. And I laughed a lot at the turkey vulture's mantra. I will send the link for this post to a man who recently took photographs of them in all their pin headed glory.
Thank you for this. Thank you lots.

A wonderfully eclectic group of photos to represent your experience at the Fall Festival. My favorites were the python, Barn Owl and Turkey Vulture exhibit. Fun stuff.

What a fun day! I wouldn't want a snake as a pet, but I can appreciate their beauty and this one was georgous.

Going to a Fall festival is one of my favorite things to do! I love the cute dolls and the corn husk dolls to make! The owl is beautiful...and the horses! Oh, so much to see and do! I know you had FUN! Happy Fall!

Looks like you had a fab time, loved the turkey vulture pictures lol ;o)

Sounds like you had the perfect day. I too like things that creep and crawl, like spiders, snakes etc. So many people seem to make such a fuss about them. I like being a champion for the underdog!

Absolutely brilliant, Carola, all of it! I love these autumn festivals.

I had to laugh about the snakes because in college days I had a true phobia of snakes...about which some of my classmates knew. Once I received a piece of mail that, upon opening, was a magazine photo of a snake! HA! But now I'm mesmerized by their beauty...up close and in photos, of course.

the snake was gorgeous... but they still make my skin crawl. which park hosted this october festival. enjoyed visting with you.

The fall festival looks like it was interesting and fun.

Are you enjoying our first rainy day today? I am.

What a fun outing! It's so good to break out of the routine, isn't it? You have some great animal shots here, and your first image is just a wonderful classic for fall.