What Happened to July? 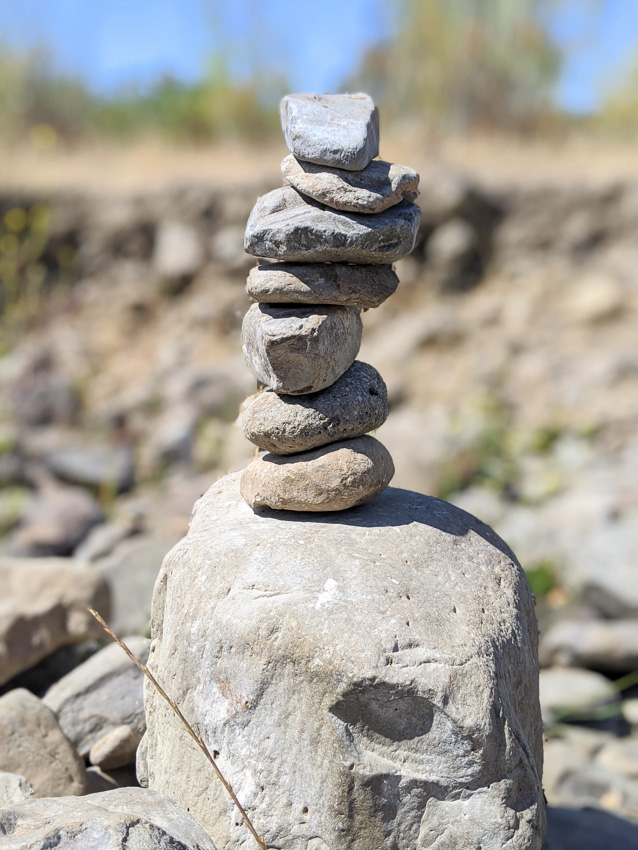 I started out the month in Crane Creek Regional Park - a favorite of mine
It's the first of August and I have no idea what happened to July. 31 days just flew by - I still feel like it should be the first week in July and not August. It's not like we were having fantastic adventures (that actually was the original plan, we were supposed to explore Australia, but alas! corona had other plans), and still time rushed by and I wonder where my summer is and how come that I will be back to work next week. 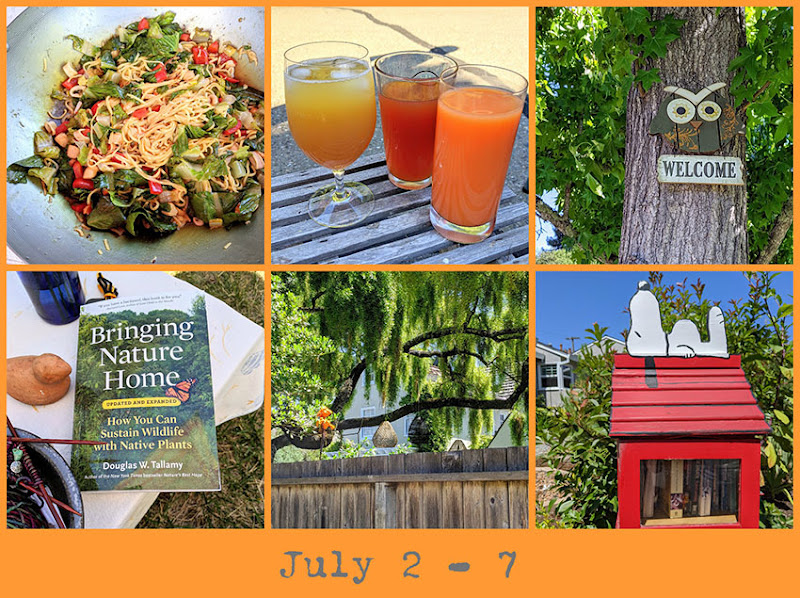 But then I look at my photos and see that it was a beautiful month! Just like in June I challenged myself to take at least one photo each day. For some outings I had my big camera with me (still my favorite tool to take pictures, even though the phone is so much easier), but the majority again was taken with my Pixel phone.
I continued my walks in the neighborhood, discovering more back alleys, seeing beautiful backyards and Little Libraries. Since the beginning of the pandemic the number of these fun little libraries have increased. I'm still wary of using them, but I do enjoy them. The Snoopy one is my favorite - after all, this is Snoopy's home!
We also continued our Happy Hour with the neighbors. Two families (including mine) have become the "hard core" and every week another family or two joins us. We have got to know each other pretty well by now and I do enjoy this kind of friendship. 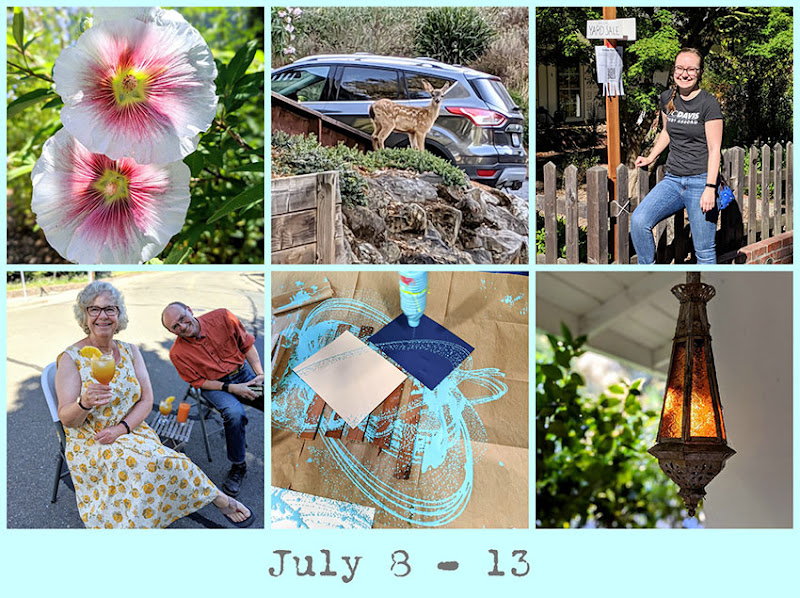 It's fawn season right now and every time I am on a walk in the morning I see deer. Together with their moms the little ones inspect the gardens and see whether they offer something delicious for them. I'm happy that at least two of my hollyhocks in the front did not fall victim to their hunger!
Kaefer has decided to go to Munich (she declined the offer from London on the last day possible) to do her Masters in epidemiology and is now busy selling her possessions. She started an online yard sale and so far it has been going quite well. Some days are very quiet, whereas on others she sells quite a lot. She puts in a big amount of work, but I love to see how organised and creative she is. We have also put out two boxes with "free" in our driveway which constantly gives me the opportunity to stock it up with things I no longer need or want. It is so liberating. Almost all of my Halloween stuff went to the young family two houses down the street. 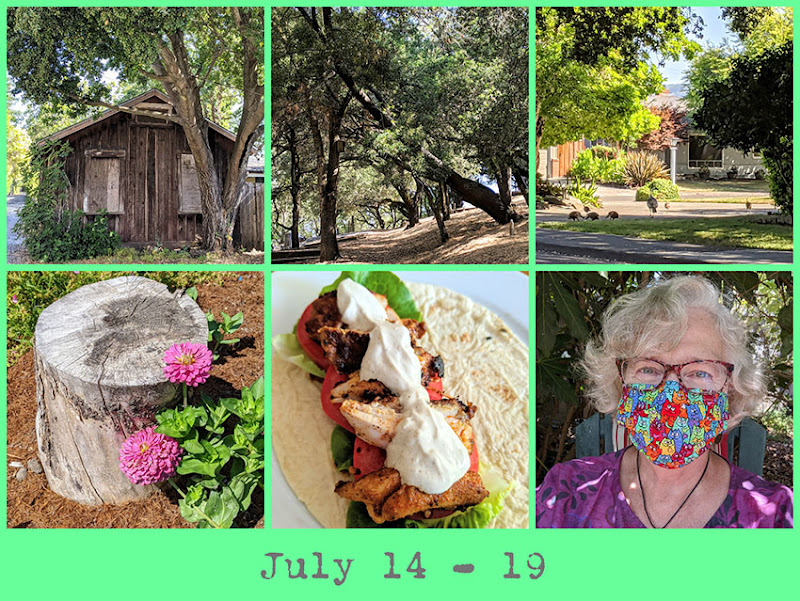 More walks in the neighborhood and in the Rural Cemetery. One afternoon Kaefer and I discovered a family of turkeys walking along our street - the mom had six babies and they were busy exploring the neighborhood, probably looking for food just like the deer.
I've decided to have several different face masks, some that can be worn over the head (much better than over the ears) and some over the ears (much faster to put on and off). The fun fabric with the rainbow cats I first saw in a post by my friend in Tucson and she gave me the idea to look for a mask made out of this fabric on Etsy. Of course there are tons of them; this one also has a nose wire and soft knit elastic which is easier on the ears. The fit is perfect and I use this mask for quick trips to the store or when I'm shopping at the farmers market. 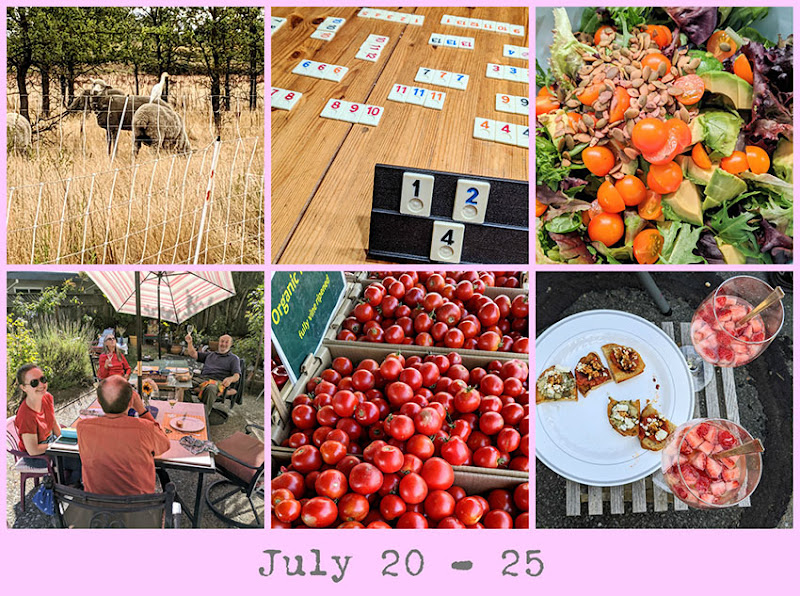 My friend Angie and I met for a masked walk in the laguna. This was actually the first time since March that I had met with someone for a walk. It was awkward at first, but we quickly fell back in our easiness with each other and had a wonderful time. I hadn't been to the laguna since our stay-at-home had begun. I was surprised that there weren't any crowds, we hardly saw anybody! It was a relaxing walk with good conversations - something I had missed way too long.
German-American friends came over one evenng for a distanced dinner outside with the tables apart. They brought the appetizer and the wine, I had made the entree and provided the dessert. I so enjoy dinner with friends accompanied by good talks and lots of laughter. Later in the month we went to other friends' house (or rather backyard) where we had wine and lots of snacks, but we mainly went because we hadn't seen them for so many months and it wasn't enough anymore just to "talk" on WhatsApp. Friends are so important, exchanging thoughts, discussing the (sad) state of our country and laughing together. This is the stuff in life that keeps us going, that feeds our soul and makes us feel alive. I can do without many things, but I certainly can't be without friends for an extended time. 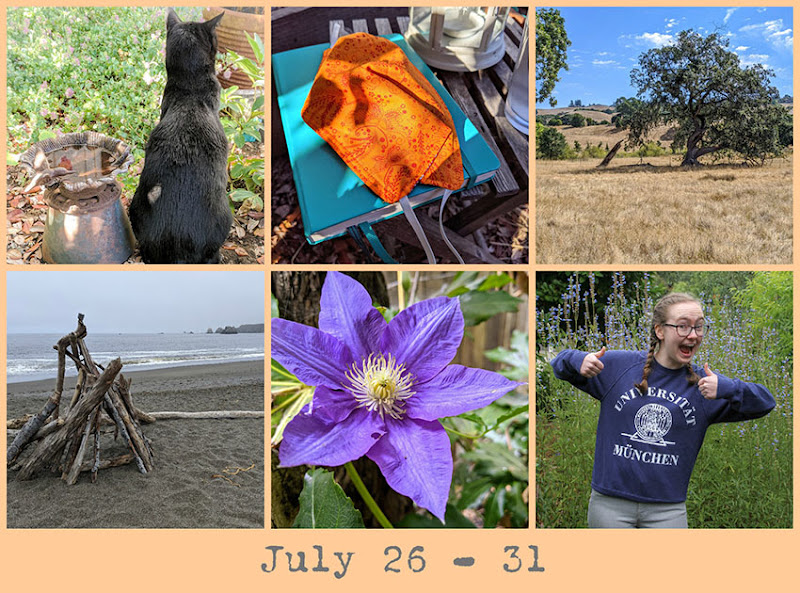 The last week of July was already a bit "overshadowed" by the return to work next week. For the longest time we had no idea when and how our return to the high school would look like - instruction will be online for the first quarter, but it was unclear what would happen to the staff. We had a meeting yesterday morning which was good and answered many questions, but only a few hours later there already was a change of plan! Now I'm not going back in person on Monday but will join a four-hours long meeting and training online that will tell us everything we need to know about going back to work in person. Usually the beginning of the school year is very busy when I work a lot of extra hours, but this year will be so different with many unknowns.
Since it was the end of my free time I headed out to Crane Creek Regional Park for another nature hike - I pretty much ended the month where I started it. Kaefer and I went to the beach one morning. It was one of those foggy, cool days at the coast which meant that no one was there - ours was the third car in the parking lot! We were totally fine with it and enjoyed having the beach almost to ourselves. We watched the seals playing in the water, the brown pelicans flying elegantly over the ocean on the lookout for food and even found a seastar - the first time ever I found one on this beach. I hope it's a good sign for their recovery since their numbers have declined over the past years.
We're in the middle of summer with temperatures climbing again. August usually is a hot month here followed by an often even hotter September. I do love summer, but I also look forward to the nature "fireworks" of autumn.
How was your July? Tell us in the comments if you like.
Posted by Carola Bartz at 5:03 PM

It sounds, and looks, as if your month was packed to the brim. Packed with beauty, with love, with laughter. And smatterings of the other stuff.
Stay well, stay safe.

Dearest Carola, all of these photos just made me happy! You took them all so beautiful and so vibrant! The flowers, the smiles, the yummy food, oh my! You had an amazing July and thank you for sharing it to us! My favorite is the Snoopy Little Library! Oh that is super cute! May we have an awesome August, more awesome than the past months!

Documenting your whole month is a great idea, and I enjoyed your summary of what you did and how you kept friendship going despite the risks of getting together.

You know, the effects of Covid-19 have not all been bad, and as you point out it has in some instances fostered a community spirit that was probably there all along but never had a chance to flourish. I too was supposed to visit Australia - would have returned home last Thursday in fact. Maybe next year!

You say you don't know where the month went, but look at all the activities you enjoyed during the month. I love all the energy of the photos. Despite the virus, you had a good month, I say.

What a wonderful way to wrap up your month -- so visual and such wonderful photos. Yes, July did fly but you were one busy woman. Congratulations to Kaefer. I know you will miss her terribly. I love that you had dinner with friends and enjoyed company of others. We are learning how to do this and do it well -- or as well as possible.

What a wonderful look back at July.
Loved seeing your mix of pictures.

Our July just seemed to whizz by, and I think August will do the same.

Thoroughly enjoyed your post with all its lovely photos. Thanks so much! A fast July for sure. Happy August to you :)