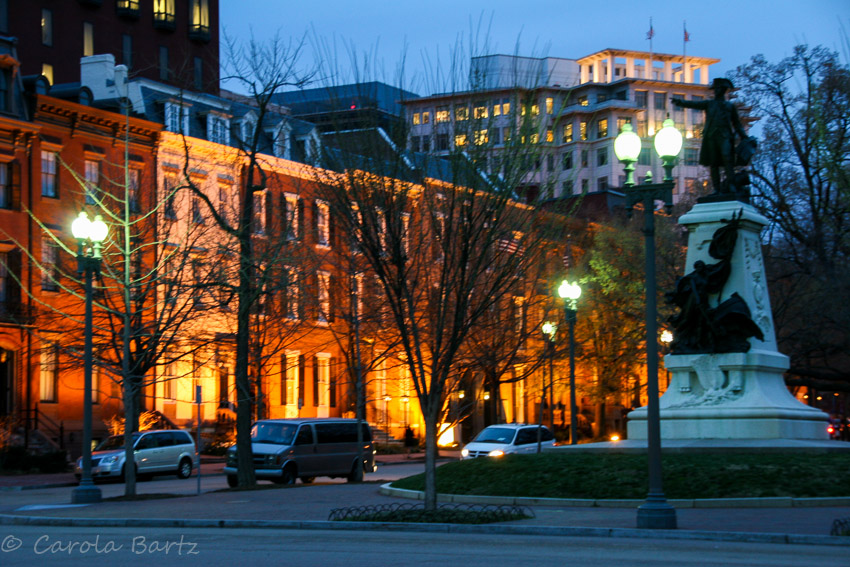 The past few weeks have left me speechless. I didn't succeed in finding the words to express my horror, my rage, and my sadness in the aftermath of the senseless killing of yet another black man.

So I listened. Being a white person in the US comes with a lot of privileges. Of many I have always known, but there are many I haven't been aware of. Most I didn't even think about twice. Things I've always taken for granted - like I surely didn't expect to die when I was pulled over several years ago because I didn't stick to the speed limit on the "loneliest highway in America".

One of the stories I recently read: After attending a conference a 51-year old black man was on his way back to Sacramento, driving along the interstate when his car was pulled over by the California Highway Patrol. Instinctively, he put his hands on the dashboard and felt his heart racing in his chest. He had taught his children to immediately put their hands on the dashboard when pulled over so that police officers could see that they weren't armed. It is important to mention that the black man was in the passenger seat. The car was driven by a white, plain-clothed law enforcement officer.

Let that sink in for a moment.

A respected, elected black state official still reacts with fear and caution when confronted with law enforcement in a seemingly harmless situation. So how does a 17-year old black teenager feel, a 24-year old black man, a 43-year old black father? What do the mothers, wives and children of these men feel and fear on a daily basis?

I chose not to watch the video of George Floyd's violent killing. But in a podcast I heard his last words, his pleading with the police officer who was kneeling on his neck (with his hands in his pockets!). They haunt me. How much more do they affect the black community - anybody, really, who has a heart?

No, I didn't join the protests, but I applaud and support everybody who get out and let their voices be heard (I'm not talking about the rioters and looters). It's our constitutional right to assemble peacefully. That's why the violent break-up of a peaceful protest in Washington's Lafayette Square enrages me so much.

A lot is at stake in our country.

I may not find the words right now, but I will not be silent.

All people of conscience need to take a stand and vote accordingly in the upcoming election.

My heart breaks. Not least because my own country has more than a little 'institutionalised racism'. Our prime minister attempted to dismiss the protests here as 'importing another country's problems' He is wrong. Again.
He then tried to convince people that they should not protest because of the danger of spreading Covid 19, while simultaneously urging states to open their borders and suggesting that crowds of 100,000 in sporting arenas would be fine in less than two weeks.
I rage. I despair. I will not be silent.

We ALL must take a stand against this primitive and senseless behaviour. All lives matter. Stay safe, Valerie

I never had the courage to watch the video myself dear Carola, it's just so enraging and very sad! And I can't imagine that these racism trend never even had a pause at such a very disturbing time in our world which is the pandemic. I pray for all the black people and everybody who is being suppressed just because of their skin color. Living in the Philippines where racism is not very much of a problem, I was very shocked as to how it really is the in America. I was aboard a plane from Oakland to Seattle and I was seated beside a white man. The white attendant welcomed the guy to the seat and even took his backpack and placed it in the cabin but she did not even look at me but that was not really a problem. Then before the flight there's something dripping on my head from the overhead cabin so I asked as politely as I always am, with a smile, the attendant why is there something dripping and she said very coldly "Why don't you check yourself?". I really can do it myself but I can't just touch other people's stuff above me, which I think is unethical so since she has authority I asked her or who knows if it's something from the plane that's leaking. turns out it was from the white guy's water bottle. After I checked and found out, the attendant lady saw that it was from the guy and even told the white guy "Oh I'm sorry sir can I kindly fix your bottle? Thank you very much" I will never ever forget that moment, I felt like I was a piece of garbage on that flight just because I was Asian to that lady's eyes HAHA

Oh super sorry for my novel dear Carola. Just suddenly remembered how bad it is to be in that situation, what more being on it for decades and even centuries :(

It is such a crazy, crazy world.
America, as France they go against colored people whereas here be colored and police do not dare to get at you. Be a "refugee" (and I´m speaking of financial refugees), you can steal, you can betray the state. Police gets them, says "don´t do that" and let them go.
3 years ago a woman working for the city revealed what a group of such refugees did. They had 3+ identities, obtained money from different cities, Braunschweig, Wolfsburg, Salzgitter. The woman was fired for bringing these infos out to the public.
Be German and your fingerprint gets taken. Why not theirs, too?
The world is running nuts ("real" refugees, who really come from war learn German, are thankful, try to integrate, cook their meals for festivals etc).

Your infuriation at our nation's injustices is so reasonable!

I think that only one thing is causing many problems: our irresponsible, self-seeking, racist president. He and his cohort defunded and disabled health care and hospitals -- so we had a much worse pandemic than we should have. They fostered and cultivated racists, xenophobes and racist behavior -- so they encouraged police atrocities against minorities which has caused the current protests and violence, especially white right wing violence. He and his minions hate to provide financial help for needy people, even those left behind by the pandemic response -- so new levels of hunger and poverty are booming. Rage and frustration are the only responses for the moment, but I hope we can also express these justified emotions when we vote.

Carola, I understand your anger, sadness, and frustration. The world is in a terrible state right now. It's upsetting all around. Your story about the man from Sacramento really got to me because I was not that far away from Sacramento when I lived in Northern Cal. That is a pretty photo of Lafayette Square. At first I thought there was another fire in your area when I saw your title, but then I read on.

I hope you feel more at peace as time goes by, Carola.

You are right. Enough IS enough. I don't know when it will ever end. I only know it must.

well said... my words are few but my mind is open and aware while my heart is broken about this and so many other things going on in our world. Love to you.

Like yourself, I too cannot watch the endless repeating of such sad events that the media constantly replays.

You expressed this so well! I only hope we’re going to see some long overdue change.